What to feed an LGD?
My great Pyrenees eats roughly 1/3 to 1/2 the amount of dog food, as my golden retriever. Neither dog would eat my culled roosters. Be careful feeding whole eggs to your dog or you might accidentally creat an egg thief. My experience, HTH.
show more
7 years ago
predators
Billy and other goat ?'s
I bought a yr old billy, his withered brother' and two older females last year. I had to board them for the winter, and I received a call last week that one of my females had twins, and the other is "bagging up". I told my co-worker I bought them from, and he's thrilled. But then he said I needed to deworm the new mom, immediately, and two more times on 10 day intervals. The couple who are boarding them aren't goat raisers, but their daughter is, and she's been acting as midwife, for "us". She never mentioned deworming again. They were dewormed before I brought them down, to board them. So first question, is it nessasary?
Second question, please don't get to upset if this is way off the wall, or extremely cruel. It's not my intent. My billy doesn't smell. When I asked my coworker about that, he said it was because he is only a year old, wait till next year. Why? Can't the smelly glands be removed? He didn't need them to get the job done this year. Did anyone ever hear of that being done before? I'm thinking it'll be harder to board him if he's stinky, and we are no where near to being able to live full time on our hill, where I can care for them year round. Thanks for your input. Ray
show more
8 years ago
goats and sheep
Farm to Consumer Legal Defense Fund
FWIW, I'm a member. Though not at a farmer level. My goal is to be able to upgrade, soon I hope:-) My point is that I donated because I support the work they've already done, and hope I can help them continue. Kinda like how I've supported United Way through my various jobs for close to 19 years now. Thank god I've never needed them, nice to know they are there if I ever did. Which kinda brings up my other point. I look at FCLDF as a relief agency, a UW or RedCross for the farmer. Someone to go to battle against the giants of big agro and or the departments of sad, on behalf of the little guy. You paid your dues, and received what you were "entitled" to. I don't begrudge you that. I just can't help feeling you wasted a valuable resource on something you could have received elsewhere, had you looked alittle longer, or asked around more (like in here). All that aside, I'm sorry your experience was so frustrating. We all could use less of that in our lives. Ray
show more
8 years ago
goats and sheep

Dog Carting
No one addressed goats, so I'll share what little I was told. If you wanted to use them for carting, they need their horns, because they help them to stay cool. Poled goats are prone to overheating. However, you mentioned little ones, and I have been warned about the safety of keeping horned goats around them. That is the extent of my knowledge. If you do go for it, please post pics and details. I was hoping to build some carts, so my dogs and/or goats could help haul stuff up on our land.
show more
8 years ago
dogs and cats
Question for Chris Magwood - opinion on earth bag structures
There doesn't seem to be much love for earth bag structures, on this site. I would love to hear your opinion on the subject. I was planning on building with this technique in the twin tiers region. About 3 miles north of the PA. line in NY. Thanks so much for all the other questions you've answered, I've learned alot:-)
show more
8 years ago
natural building 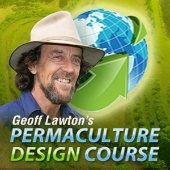 Would have sent this sooner, but I was off to work, after I asked my question, and while I can read things on my phone, I can't reply.
show more
8 years ago
geoff lawton's online pdc

Permies In Geoff Lawton's 2014 online PDC
I'm in. Signed in the first morn, though it was only because my little one had an ear ache and I was going through my e-mail, while we waited for his pain med to kick in. I actually thought sign up was the next morning. Thanks for the welcome at my intro, Jen.

Any of you know what the "follow" link means or does? I've followed some people who live in the area, and am being followed by atleast one, but haven't figured out what it's s'pose to do. I am so excited to be doing this course, and so glad so many of "us" are there too

Buying Bees Online
I don't have bees yet, but I have been picking the brain of a co-worker, from whom I buy my honey. My biggest concern about buying any supplies on-line, is then you become traceable, for inspection purposes. When I do get into bee keeping, I was hoping to go to a more natural style. Something inspectors frown, apparently. Our land is a mile up a logging rd, which is off a dirt rd, about another mile from any main rd. Meaning that unless I do anything to bring attention to my interest (like ordering on-line), there's not much chance of ever having to deal with inspectors. Maybe I'm being alittle paraniod, but I'd rather be safe than sorry. HTH Ray
show more
8 years ago
honey bees
FDA and USDA to ban sale of raw meat - or are they? ;)
OMG, You so got me!! Took almost 5 to get my bp back down. Can't believe how blonde I can be sometimes. Thanks guys. First time I laughed this hard in days. Even if it was at myself.
show more
8 years ago
meaningless drivel