Best bulk seeds for fall scatter/broadcast seeding?
I bought a mix with Rye, Oats, Winter Pea, Bolsena Clover, Chicory, Rape, Daikon Radish & Sugar Beets. 20 lbs of this mix cost me $80. I never did find any bulk carrot seeds.
show more
6 days ago
gardening for beginners
Best bulk seeds for fall scatter/broadcast seeding?
I'm considering buying some bulk seeds, to just be scattered across my wild meadow-like areas before first frost.  I'm looking for suggestions on the best types of seeds to scatter in fall, for either an overwintering crop or a early spring sprouting.  I'm doing this more for the wildlife than my own use, but I'd like to be able to wander the meadow and pull an edible or two if I wanted. So low cost seeds are helpful.  I've heard that carrots seeds can be bought cheap in bulk, but are there any other species I should be considering?  I might also be scattering some of this mix onto my new hugelcuture mound.
show more
1 week ago
gardening for beginners
Proper direction to orient a hugel bed
I have no direct experience (yet) as I'm building my first hugel this year also. That said, my understanding is that you want the orientation to vary, so that you create different microclimates and "edge". I've built mine in a curve, in the hopes that I can also create a sunscoop in the middle.
show more
1 week ago
hugelkultur 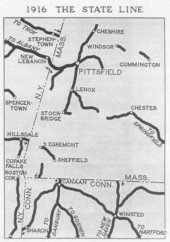 nancy sutton wrote:Maybe OT, but John Michael Greer's book, 'Retrotopia', is a ficitonal, post-US civil war/secession story that I enjoyed.  (It's not the typical dystopian horror version.) One very interesting idea is how the different resulting areas chose different rates/styles of taxation and 'services'.  I really enjoyed the book, and highly recommend it, for entertainment, and thought - provocation : )

Yes, I loved the story as well.

But there's more to that book than just a good read. JMG is famously an activist, and many of his stories, Retrotopia included, are prescriptions disguised as fiction.  That section that described the differences between counties; cities with paved roads, a plain-old-telephone-system, and high taxes; versus the deep rural county with dirt paths, no power infrastructure and almost zero taxes; and other counties that choose something in between; is JMG's interpretation of localization and "resilient communities".  JMG is not a libertarian, but that book had me wondering if he had turned libertarian, because so much of that book, and in particular that local-taxation-versus-infrastructure description; is very libertarian.

The description of the return of the age of canals was also a very libertarian viewpoint.
show more
1 month ago
politics

But the issue of lithium may not be the upper limit on advanced battery designs.  Right now there are some intriguing developments in Magnesium batteries which might actually hold a better charge than lithium due to their two electrons to give up to lithium's one electron.

Well, that'd help matters, but it would just shift the peak metals issue a bit further back, and doesn't solve the issue that a significant minorty of untouched nature would have to be mined in order to satify the demand. Sadly, I beleive that we're seeing the end of the personal vehicle in our age.


Another possibility is an aluminum battery.  At this point the aluminum batteries that have been developed (though right now they are pretty much all one-off batteries, there is no mass production) have about the same energy density of a lithium battery, but it can be fully charged in just a matter of a few seconds (but I can only guess how hot that would get!).


The aluminum battery is a strange beast; part chemical battery, part massive capacitor.  It's the capacitor part that makes charging it up fast even possible.  Fortunately, aluminum is rather abundant, but it's never the abundant component that's the limiting factor.

My ultimate guess is that we don't ever really run out of petroleum, but the cost of extracting and refining that petroleum becomes more expensive than some exotic battery (or fuel cell, please a fuel cell) and we gradually shift to the electrical format for vehicle production.

Devin Lavign wrote:Lets just leave this here for people to enjoy music on this topic

That video was awesome!


Whenever I have mechanical trouble I look at what was done before industrialization. There is always a way to go. I keep saying I want a mule to go to and from town. I found out recently people did ride horses to town recently. Eventually I would like to get as off oil as possible.

Animals for transport brings with own ecological issues, but most predominately in urban areas.  You see, the accumulation of horse manure on the open country dirt roads is not an issue, because it's dispersed and has time to break down naturally.  However, the same thing occurring in Paris was the core reason that French Intensive gardening techniques (which are known as "square foot gardening" in the United States) were developed.  Not so much as a solution to a lack of food, but what to do with an over concentration of animal "waste" without needing to truck it out to a dumping site in the countryside.  So if a few people ride horses or mules into town now and then, there's no real problem; but if even half the number of current commuters do so, there's most certainly going to be an ecological distaster.

And sadly, battery powered cars aren't the solution either.  Because there's no battery chemistry yet known that can both hold the charge necessary to do the job AND doesn't involve massive mining operations on a scale not yet seen on the Earth.  Many of the 'rare earth' minerals necessary in current battery chemistries couldn't do it anyway, because there's not enough of them in the crust of the Earth in total, so we'd just swap one peak resource issue for another one in short order.

No, the age of happy motoring will simply have to come to an end, and humans need to find a new way of living that doesn't involve so much transit.

Is a "mini-excavator" good enough? What would be a fair rental price?
As a follow-up to this thread, I did end up renting a mini-excavator.  And it was truly tiny; it didn't have a cab, but only a roll bar. It's max dig depth was only about 6 feet, but it was able to do most of what I wanted to do during a two day rental.  My wife wouldn't let me build the huglecultre out of the old bushes anyway.  She wants me to burn them instead.  Sometimes, her resistance to my permie ideas make me sad.

I have no photos or videos to share, because I was either on the machine or sleeping the entire time; trying to get as much done without incurring an extra day's rent.  It ended up costing me about $750 for two days.  I'm exhausted.
show more
1 month ago
earthworks
Hand sanitizer comedy
I would not have left, but with the industrial nature of my job, going completely pooless is unrealistic for myself; so I have to use hand detergents all the time anyway. I figure with all that I've been exposed to in this industry, it's not the FDA approved "soap" or sanitizer that's going to kill me.  That said, I deliberately order "castile" soap off of Amazon (because it's the only place I can get it) mostly because it's real soap (made with the traditional soapification process from non-petroleum oils) and doesn't contain modern detergents, or anything else.
show more
1 month ago
paul wheaton's pseudo blog
Better World Book second printing, pre-order dealio
Actually, I had just given away my last copy last week and was thinking about ordering more when the Daily hit my email today!

Also, after giving away my last copy, it occurred to me that I must have given away my signed copy, and I don't know when or to whom.  I was kinda bummed about that.
show more
1 month ago
tinkering with this site