Best way to use coffee grounds
Just beware that if you leave the grounds on top of the soil they will form a crust that will prevent water from penetrating into the soil.
show more
4 weeks ago
composting

Nick Kitchener wrote:OK I decided to put a heating band around the fermenter. It's what brewers use in cool areas to help their yeast along. I'm wondering if 15C is too cold for the acetobacter down there in the basement.

That didn't work.
I took the vinegar to a different location where it sits at 22 degrees C and gets as hot as 28C in the afternoon. A week doing that and I have action!

So I think acetobacter needs very warm conditions to thrive. anything under 20C (68F) is probably going to not work out.
show more
1 month ago
fermentation

Amusing things kids say:
Me: Well it's a gloomy day outside today.
Daughter: What does gloomy mean?
Me: Gloomy means dull and gray.
Daughter: Oh, so daddy's hair is very gloomy!

show more
1 month ago
parenting
Barley, Barley everywhere
Barley doesn't self replicate well. The seed head has been bread to not shatter and disperse seeds, so they tend to stay in the head, out of contact with the soil. If you let them be, the next year you will get a few, and by the year after that you would be hard pressed to find anything in my experience.

The other thing to note is that between the grasshoppers and field mice, any volunteer seed head doesn't really have a chance. It's hard enough growing the stuff intentionally.
show more
1 month ago
small farm 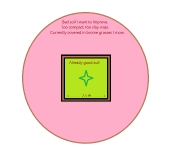 How can I improve my compacted soil - without digging?
Mulch with a foot or two of hay. If the weeds are tall, then wack them down first. If it's spring in your neck of the woods, throw some potatoes on the ground before you pile the mulch on and in the fall collect the harvest.

All that hay will break down and soil life will use it to decompact the clay. The first you you may gain 4 to 6 inches of soil. The next year a foot.  Keep on doing it until you have enough topsoil.
show more
1 month ago
soil

Squirrel Plague...
I eradicated squirrels by creating cover and hiding places for the local cats in strategic locations along with routes the cats can use to get to these locations without being seen. They're ambush predators that kill for fun and I essentially built a feline version of Disney world.

I pick up the dead squirrels and toss them into the compost or under the raspberry bushes.
show more
1 month ago
gardening for beginners 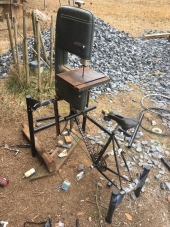 Pedal powered bandsaw, build thread
I like the idea of a power takeoff on tractors because you can have one portable power unit and multiple things that can attach to it.
show more
1 month ago
bicycle

Homemade vinegar
OK I decided to put a heating band around the fermenter. It's what brewers use in cool areas to help their yeast along. I'm wondering if 15C is too cold for the acetobacter down there in the basement.
show more
2 months ago
fermentation

I have a terrible time getting my vinegar started. I'm making apple cider vinegar and I start by making apple wine from pressed apples. When the yeast has finished fermenting, I take the wine, put it into an open pail and add vinegar mother. I then cover the pail with an old cotton shirt to stop things falling in.

But the mother never seems to take. Last year I pitched fresh mother into the wine half a dozen times without success. I'm not using chemicals or anything in the wine either.

This year I got an aquarium air pump putting air into the wine, and used a fresh mother from a bottle of vinegar I did successfully make last year. A month later and the wine still smells fresh and clean. 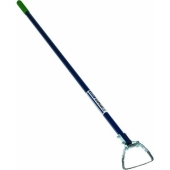 No Till
I have never been successful at eradicating it from my garden beds. The best I can do is delay it and keep on pulling.

I've found a layer of whole newspapers or thick cardboard will delay it for about a year before it punches through it (not between the gaps but actually through it). At that point I have to remove the layer as the roots are well integrated into the sheet, and then pull the long runners hat are below.

I've found very thick may or straw much like Ruth Stout probably works better. Again, it delays the grass by about a year, but it's much easier to pull that mulch back, remove the runners, and replace the mulch.

The only way I've found so far to keep it out long term is to use hay or straw mulch off the bale (without fluffing it up), and lay it down in compressed sheets about 6 inches deep. The problem then is you can't grow anything at all. But if you have a bed you want to let fallow for a while, that's a good option. I have been doing this in the areas of my beds that I use for succession crops that are waiting for a crop to go in. I prep the bed in spring, then cover all the areas that I won't immediately plant. Then as each area comes due for planting, I uncover a section.
show more
2 months ago
soil