Here's an article by Susan O. Fennell about her work with indigo 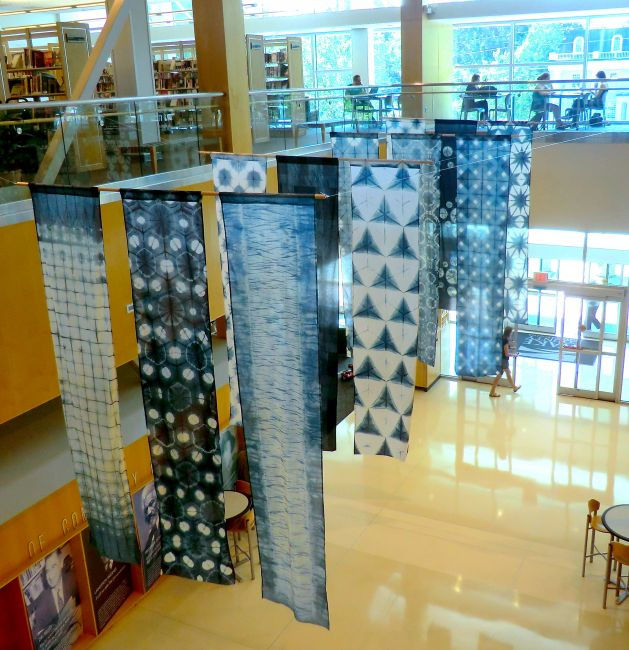 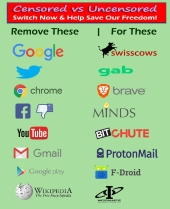 Breaking free from Google.
This...
An Absurdly Basic Bug Let Anyone Grab All of Parler's Data

Back in my day, we used to joke during the anti-war movement that if you did not have an FBI file you weren't working hard enough.
Now, I'm guessing those files are almost laughable compared to internet 'talk' results?
show more
5 days ago
meaningless drivel

Just the way quotes nest I guess. It is good to assume things are still around and not deleted. For example in my old job  I recovered many “deleted” emails from Outlook PST files because folks forgot to compress the PST file. Deleted items on a HD can still be recovered unless “overwritten” by new data (the methods that apps use to “wipe” old data forever.

sorry for my distraction with the 'quote' thing...and it was pointed out that it was my post above that was to blame so I fixed that

I think the result of this hack might open some eyes to one's presence online...maybe folks will go back to real time meetings and face to face conversations.  Many times things said on line would never be said one on one to someone's face......'keyboard warriors' is the term for hiding behind a computer and a fake name I think?
show more
5 days ago
meaningless drivel
when there are several quotes within quotes not all are attributed correctly?

Skandi Rogers wrote:That's an error with the post in which you quote it originally; the posters name which you are quoting doesn't show in your original post so it cannot show in quotes of that original post. Most likely as you were editing the post you deleted part of the quote syntax by accident. I'm sure a mod can fix it so it credits the original writer again.

That's it...I'll go back and edit my original post to add a name.
show more
5 days ago
tinkering with this site
when there are several quotes within quotes not all are attributed correctly?
Here is an example  https://permies.com/t/152056/Breaking-free-Google#1208558

I know some do not quote but for those of us who do I think the lack of acknowledgement for each quote can be confusing as it is with this post.  It appears that I am the one being quoted for both statements because for some reason the quote function has left off the name of the person who made the first quote.

I like using the quote function in order to make it clear what I'm responding to.
I think this makes it confusing unless we take the time to go back and sort out who said what.

It seems like it hasn't always been this way and is just a recent thing? or maybe I'm just noticing it lately?
show more
5 days ago
tinkering with this site

I am using Parler, as well,   It has growing pains as many are fleeing other platforms to goto it, but it does work for me.

Judith Browning quote....Locally a  Chief of Police was fired for speaking a little too freely at that site.  Apparently he thought the no censorship also meant no one could view his rants? or that everyone there would agree with his promoting violence?

I think anything we post online is up for grabs...stuff is out there the minute you post it, no real 'take backs'...email, facebook, all the new 'alternative' places...it's all one...and there forever...delete is not 'delete'.


James Whitlaw quote....Have you all been following the Parler “hack”. Apparently Parler left itself with in a state where others were able to take admin control and scrape everything off the servers including deleted posts (apparently they didn’t actually delete anything, just mark bits as “deleted”). Videos from the Capitol on 1-6 (Parler didn’t obscure date or geo-location for anything) and adjacent dates are being documented online. I’ve heard even private messages are being revealed. Here is a map showing all the uploads geolocated. Interesting times.

The way the quotes line out in your post it looks like I said them both so I've tried to make it clearer.
I've never used parler nor would I...had not heard about a 'hack'.
I've always assumed things on line are never really gone if someone knows how to look...I guess that took the 'parler folks' by surprise?

show more
5 days ago
meaningless drivel
Once covid ends (List what you will get to do)
First would be long hugs with the great grandkids and the grandkids...then the rest of the family!

Next would be having friends and family over in the house instead of the yard...

That's really about all?  I don't mind going to the store early early and wearing a mask.
We're not all that social to begin with so first on the list is still those missing hugs.

Someone mentioned thrift stores though and that would be fun again...have not been since march now and I was a regular.

...and a train trip...we were due to take another of our six week Amtrak cross country stay in hostels and with old friends train trips last September for our seventieth birthdays and have not tried to reschedule that one although we had gotten as far as planning stops.
show more
6 days ago
meaningless drivel 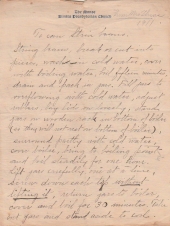 Not my recipe, I saw it on a barbecue website.

I was a bit amused that on that forum, a couple folks didn't know what 'oleo' was.  Then again, my daughters didn't know either when I recently asked them.  I had to explain that in the 70s and earlier, oleo was a healthy(!) alternative to evil, artery clogging butter.

Related story:  My mom told me that 70+ years ago (she's north of 90, BTW), it was illegal for food factories to color oleo/margarine yellow, lest customers would think it was actually butter.  To bypass the law, the opaque white margarine would be sold in a sealed clear plastic pouch, and also within was a small tablet of yellow food coloring.  A fun activity of my then preteen mom, was to bust open the yellow tablet and knead the margarine within the pouch til the yellow food coloring (gawd, I *hope* it was food coloring, now that I think about it!) would eventually change the oleo's color to a more palatable yellow color.

good one! My mother fell for oleo and margarine in a big way and white bread. I remember the yellow dye pouches!
This was after she grew up on a farm with fresh eggs, honey, beef and pork, milk and creme and butter and a garden...go figure

Much much later, when I had moved to the woods in the early seventies she began eating somewhat more mindfully again. (Apparently, according to her, anxiety caused by my lifestyle led to colitis so she had to watch her diet...but I think it was from years of white bread and other refined foods).
show more
1 week ago
cooking
How to find things on permies?

Karl Newman wrote:One of the problems I have with this website is that I cannot find anything!
If I want to read random interesting things, this is a good place!
If I want to learn a specific thing by looking it up. no such luck!
if I search for how to make hay rakes or hay forks, I know that information is here!... I cannot find it!
be well
stay safe
Karl

If you're using the search function it helps to try another set of words sometimes and use the setting that just searches titles...and for this one  click on the 'woodworking' to narrow the search.

Many times if you find a thread that is close to what you are looking for the 'similar thread' list at the bottom of the page will have more threads on the subject.

show more
1 week ago
tinkering with this site
What is elderly?
I think it's an unfortunate word in it's implications and associations and I don't expect my generation to ever accept it as a label

I like the word 'elder' though as it has some self worth still associated with it's traditional meaning.