What's yer hobby?
Oh gosh!  If I only had just one.  I'd have to say sewing/quilting is my top hobby for the winter as I'm always trying to create something new from old clothing.   I sporadically work on a wooden dollhouse that I bought and dismantled in hopes of turning it into a dilapidated dollhouse and my hubby just brought home six 1:24 scale wooden houses he rescued from a garbage pile, so I'll be busy redoing those for the next few years.  I have a new interest in card making and papercraft using scraps and recycled items too.   I have enough art and craft supplies to last through an apocalypse and have secured a table at a craft show next month in hopes of using up some of my excess and bringing in a little extra cash. 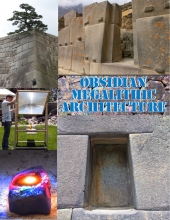 designing a homestead to "battle inflation"
I actually never looked at our chickens as an expense as they were mostly free range and their poop was composted and put on the garden.

I'll never be entirely self-sufficient and don't have any chickens at the moment.  I do think we could live off of the garden for an entire year if I preserved 75% of it.  Hubby feels meat is a requirement but my daughter and I could do without if necessary.   I have the knowledge and ability to forage and eat things that most folks around her would feel beneath them such as chickweed,  lamb's quarters, dandelions,  plantain,  etc.

As someone else already mentioned,  one of the keys to self-sufficiency IMHO is taking advantages of surpluses when they happen.  I've been lucky to have been the recipient of over two bushels of green beans because the people who planted them had their cellar full and didn't want them.  The only cost was the gas to go get them and the time to pick them.  In my own garden I will share some of my surpluses but usually try to preserve at least  half of it as it may be years before I have another bumper crop. I actually added a 1 1/2 rows of beans because my parent's beans weren't producing very well this year and they only grow one variety.  I pick and deliver them, mom cleans and cans them.  If I find my own supply of canned beans running short I know there's always extra waiting for me there. I also planted several varieties of dry beans this year but its been an exceptionally wet summer and I've turned my focus to growing only for seed this year as I'm losing approximately 50% of my crop due to the damp conditions.

show more
2 months ago
homestead
Good places to send boxes of surplus seeds
I'd look and see if there was another local school in the area or a community garden that would benefit from the seeds.  My daughter's school and a few other elementary schools in the county now have their own greenhouses and gardens.
show more
2 months ago
permaculture
Is Poison Ivy Resistance Real?

Hollie Yang wrote:I 100% believe it is a real thing. I used to be so allergic to it but since making this poison ivy tincture and taking it anytime I had been around the vines, I haven't gotten a rash any more. And that has been years ago since taking it.
https://youtu.be/98ITQlv8wJY

If I were to witness someone I know taking the tincture for a few weeks with no after-effects and subsequently rolling around it poison ivy afterwards, I might try it.  I know the amount in a drop of tincture is minute and I'd be more likely to try it than to chew on a leaf as others have done.  Still I have reservations about ingesting it.
show more
2 months ago
plants
Is Poison Ivy Resistance Real?
I get it bad!  I remember back in the 90s I had a case so severe that my husband insisted on taking me to the ER and the physician on duty first thought I was burned from the massive blisters on my forearms.   Eyes were nearly swollen shut, skin was swollen and stretched to the limit, blisters had busted and were constantly oozing and I felt physically sick.  Insurance refused to pay because "contact dermatitis" wasn't considered a medical emergency.   Of course this was years before the quick care places and weekend clinics.  The next year he once again took me to the ER and I asked the physician if they could send photos to the insurance company and explained what happened the year before.  He said I shouldn't have any issues with insurance and I didn't. For some reason the peak of the rash always happens on the weekend.

My dad and grandma used to get it bad too, but never to the extent I do.  My mom and husband can pull or cut it with no issues, though mom gets a similar rash from bean vines and has to wear long sleeves and gloves when harvesting.   I usually have a bit of a rash during the warm months, but nothing major for about ten years.  However we are planning to tear down a building this fall that is covered in it and while I'll do what I can to keep from touching it, I'm sure I'll end up with a minor rash by the time we're finished.  I'd hoped my daughter would be immune but I've spotted a bit of rash on her legs a time or two. Just hoping she doesn't get it as severe as I do.
show more
2 months ago
plants 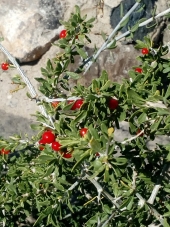 Starting Goji berry farm - need advice
In my experience goji is relatively easy to grow from cuttings and will generally produce berries a year or two before those grown from seed.  If I were planning on 3,000, I'd probably start with a minimum of 100 cuttings.  Those cuttings can in turn produce more cuttings once established, giving you plants in different stages of growth when you factor in the seedlings.  That would still keep your costs reasonable versus buying established plants.

As for mulch, everything here either gets woodchips, grass clippings, shredded leaves or a combination.  My growing climate is different from yours so I'm afraid I can't provide much more insight.
show more
3 months ago
berries
Beginner Gardening
We have 7 to 9 weeks of frost-free days left and if I were just starting out with herbs I'd pick up oregano, sage, thyme and chives as I think they'd have time to establish if planted from transplants.  I'd add some lemon balm and a contained mint of some sort for tea as well.   Of course this is what I'd grow.   Make your choices depending on what you like and the length of your growing season.
show more
4 months ago
gardening for beginners

Rapid increase in fertility needed.
This is my first year of successfully growing cabbage and I think water was the key.  The bed they grew in was the very first bed I built several years ago. When I started devoting the majority of my time to the garden in 2020, I used a mulch of shredded leaves and grew a grew an okay crop of potatoes.  When it came time to spread what compost I had, there wasn't enough for that bed and I assumed that the leaf mulch would contribute to the fertility. Last year I grew beans in that bed and they did okay.  Compost pile was growing pumpkins last fall and didn't get applied to the beds.   This year I did my normal snow peas on the end and planted cabbage in the rest of the bed.  Snow peas did awesome but the cabbage seemed to languish.   I never got around to mulching this spring and noticed the cabbage bed had cracks in the soil.  From that point I began watering deeply twice a week when it was dry and they perked up and started growing.

Someone else mentioned beets.  I planted six short rows: two in one bed and four in another.  Well those two rows took off like gangbusters and have been pulled and pickled for over a month. I've let the other bed go in hopes that the beets would amount to something but they're about to be pulled.  I'll end up with a few for eating,  but quite a disappointment.  I'm leaning towards the water issue as well with that bed but think it's more of a fertility issue.

This fall my focus will be on adding organic matter to all my beds to increase fertility and hopefully help with water retention.   Since each of my beds were filled with whatever I had in hand or could scrounge up, soil quality varies in each and I've been keeping notes this year which let's me know which beds need more help.
show more
4 months ago
gardening for beginners
Garlic honey
So important to keep the lid loose or use a fermentation lid when doing this.  I'm making a wild garlic bulbil elixir with vodka and honey and couldn't figure out why the bottom of the cabinet was sticky. Loosened the lid and it came pouring over the edge of the jar.  Replaced it with a fermentation lid and feel extremely lucky the jar didn't crack.  I will say that judging from the strength of what spilled over the edges, the elixir will be potent. Potent enough that I may end up diluting it when finished.  Now I'm itching to try garlic honey.
show more
4 months ago
fermentation

Dehydrate extra bread!
Thanks for the idea Pearl!  I also love that you don't stick to a recipe but make it as you go.  My great-grandmother cooked like that and I tend to do the same.