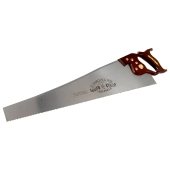 anyone ever rip with a cross cut saw?
This is what you want, Pax hand saws:
http://www.toolsforworkingwood.com//Merchant/merchant.mvc?Screen=PROD&Store_Code=toolshop∏_Code=PZ-HS303.XX&Category_Code=CPX
show more
8 years ago
woodland

anyone ever rip with a cross cut saw?
http://www.woodweb.com/knowledge_base/HandPowered_Saws_for_Milling_Logs.html
http://japanwoodworker.com/dept.asp?s=JapanWoodworker&dept_id=13090

Help me choose a college (or not!)
Gray, you might want to view this permaculture course, videotaped and left online for anyone who wants to watch it. That might help you decide if the classroom is where you need to be. Go here:
http://mediasite.online.ncsu.edu/online/Catalog/pages/catalog.aspx?catalogId=f5a893e7-4b7c-4b79-80fd-52dcd1ced715

You might also want to look into the College of the Atlantic: http://coa.edu/
show more
8 years ago
permaculture
VOLE invasion
Hi Jeanine. I'm a reluctant vole expert, and your piteous plea has dragged me out of "lurker" mode. Here's what I've learned.

You must deprive the voles of habitat and cover near the foods they like to eat, and that you don't want to share. No straw mulch on your carrots, for example. It supports itself and stays up over their tunnels, and provides cover as they can easily burrow under it. Instead use materials like shredded bark or wood chips. They can't tunnel under these because this material will collapse. Nor can they find cover in it as it lays down in a dense pack. The depredation I had the year I tried the whole "growing potatoes in straw" thing doesn't bear discussing - still too painful a memory. Suffice it to say they loved having me provide them with both a home and a full larder.

Leave a wide mulched path around their favorite foods that forces them to be exposed as they head out for a vegetable raid. They don't like crossing open spaces, it leaves them visible to predators - your cats, or local wildlife.

Keep the foods they like to eat that make their own vole cover, winter squash, for example, in the center of your garden, bounded by plants that don't provide them with cover, like trellised peas or cukes.

If your garden borders on lawn, the edge of your lawn where the grass turns to dirt tends to be their chosen highway. Deprive them of it with mulch.

This is a pain, but I'll be forced to do it myself this year. Move the compost pile(s) away from the vegetable garden. Your compost heap is their condominium. Considering that voles are weaned within 14 days of birth, you'd have to turn your compost weekly to prevent successful nesting in it.

I think I will do a few rock piles near the water features to encourage them.
Unfortunately, voles will move in there. The snakes can take care of themselves, your job is to remove vole habitat.

And, following PC practice: observe. As soon as you see depredation, look for the places that give voles the cover they need to get to their target, and remove it. If you can't remove it this year, plan for it next year. Also ask folks who live in your area if they've found any materials that voles don't like. I live on the coast, and in addition to wood chips, my neighbors and I have found that voles don't like fresh seaweed mulch. I'm experimenting with literally tons of it this year as a perimeter mulch around my beds, to see what happens. So far, so good.

Hope this helps! And hope I didn't post this twice...
show more
8 years ago
nibblers