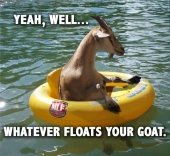 I want feedback on the content of the dailyish email
Yes, please keep it going. Lots of great content.
show more
5 years ago
tinkering with this site 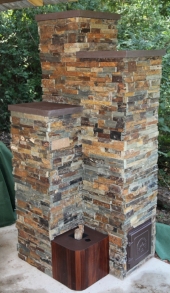 Recessed RMH? Not so sure
I have a friend who is building a house, he wants a Rocket Mass Heater for his ultimate backup heating device for when times get tough. Yes I know it would be better as his primary but he wants to keep up appearances some, you know Jones and all...

So he asks me "What if I put the "bench part" recessed down in the slab, so it is flat with the slab..." I explained that well, you'd would still have the mass there but the exposed surface area is now far less, plus the earth can absorb a lot of energy.

Then there is the combustion chamber, kinda hard to hide that... cob and such it could be disguised some.

What's your thoughts? Does recessing it make any sense, I am trying to encourage him towards either having a "standard" RMH or have the materials on hand and build it when the time comes, though that makes it hard if he hasn't built it before.

I also am strongly encouraging him to get the DVD's and either hire Ernie and Erica or at least visit one of their workshops.
show more
6 years ago
rocket mass heaters

sweet potato propagation and harvest!!!
I have attached a couple of pictures of those bread trays. These are pictures of one of my regular potato harvests. Anything under about 3/4" fall through.

Vidad, I just read the other day that they are edible, I'll have to give it a try. Thanks!
show more
7 years ago
plants

sweet potato propagation and harvest!!!
I looked into whether the seed would be viable, I thought that would be easier than starting slips. Turns out the seeds would be called "True Seeds". From what I've read they are a lot like apple seeds, 1 in 100 or 1 in 1000 will be true/similar to parent and the rest may be marginal or most likely just junk. Professional propagators will make effort to force them to bloom and also plant large numbers of different types in order to maybe catch that 1 in 1000+ good cross. After hearing that I decided that I won't make any real effort to create my own cross. However it would be fun to toss any "True Seeds" that form in the ground just to see what comes up.

Judith an idea on harvesting, we have handful of these plastic trays that bread companies deliver their bread on. The trays are large about 24"x30" and are good to just dump shovelfuls into and shake out the soil or you could wash out the soil if needed, leaving the tubers. I imagine a bread company might give you some free if they had some that were damaged or worn, but still work for this type of use. I'll post a picture shortly to show you what I mean.
show more
7 years ago
plants
PolyCulture Lawn in a bag?
I stumbled upon this story a couple weeks back, the seed mix is available from the Home Depot website. It is made up of 7 different grass types, sounds like they are deeper rooted and so are more drought tolerant. He claims very little mowing only once every 4-6 weeks and little water. Sounds like a possible alternative to a lot of lawns, at least for those of use who keep a lawn for practical purposes. I think if I were to plant this I would probably add a couple of things more, like some clovers and dandelions.

What are your thoughts, anyone see this or are using something different?
show more
7 years ago
lawn

sweet potato propagation and harvest!!!
My sweet potato vines have been blossoming. From what I gather this is not too common, they are really pretty, though mine are only fully open for about a day.

sweet potato propagation and harvest!!!
Sweet potato and chutney sandwich sounds good. No Judith, I don't know what variety they are, they were local Texas potatoes from the store. I did try several times to get some Garnet and Okinawan slips started and had no luck despite the tubers being "organic". I had the best luck with the local unknown type. I expect I'll order some slips of other varieties next year to expand our options. With our long growing season I would like to try some long season varieties like the purple Okinawan.

I recorded my effort to grow slips here Grow your own slips and Slips Simple Method. I started them a little later, succession planted them here and there. I expect we will start to harvest some in the next month through end of Nov.

Next year I plan to start a whole load of them and plant them everywhere including on a friend's Zone 5 land adjacent to our little rural lot.
show more
7 years ago
plants

sweet potato propagation and harvest!!!
Sounds great, I am excited to harvest ours a month to so. This is the first year we've growing them, we love sweet potatoes. You are right they are super simple to grow and the slips are simple to start. We have had a mole problem in a couple areas, we don't mind sharing a little.
show more
7 years ago
plants
Chaya - new to me! Good zone 7b/8a plant?
I happened upon this plant just this last week while thumbing through the J.L. Hudson Seedsman catalog. It is on my list of seeds to order later this fall. Also living in Zone 7b/8a I plan to give it a try this next season. They have it listed as Chenopodium Giganteum or "Purple Goosefoot".

show more
7 years ago
permaculture
need advice on high-tension wires
I bought (for work) a small cheap meter for about $200. I was surprised what did and what didn't show spikes of EMF. One of the biggest was some of the microwaves I tested. I even found that my 2 year old microwave/hood put out as much EMF when not running as running. The field grew when it was running but the levels were similar. I have not tried it around any high tension wires, I'll have to do that soon. I went around exploring lights, computers, electronics etc. I was surprised how little to no EMF they produced, some did emit some when very close but most of those items are not usually next to your head. I have seen faulty wire connections show high levels. High levels is subjective, depending on who you believe and their accepted threshold. I would expect reducing them as much as possible would be healthful, though awareness is has it's place (if you use a microwave, stand well clear(yes there is a whole other topic there)). I tend to share the option of some of the other comments that it is worth avoiding living near those lines.

There are companies that will come out and do a site evaluations, with an array of equipment and give you a nice report showing problem areas and give you a variety of remediation and shielding options. That being said, IMO known or highly probable problem areas are worth avoiding or at least having the right education from the right people inform you on what actual conditions exist.
show more
8 years ago
electrical