hog butchering in the 1920's and other homestead photos

Hog butchering on my grandpa's farm.....I think they had at least one hired hand all of the time and I know my grandma did everything right along side of him....still eight hogs is a lot to deal with at one time 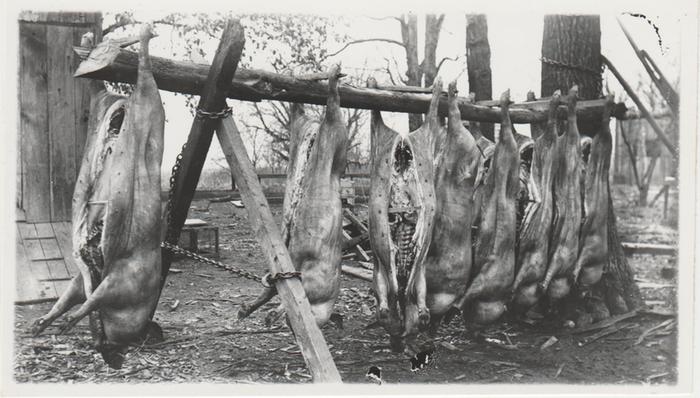 posted 5 years ago
Whoa, how many were they feeding in a year?

Ann Torrence wrote:Whoa, how many were they feeding in a year?

I really don't know for sure....the hired hand lived there and had a large family and grandma had a lot of money making ventures....she had many hives and sold honey locally and incubated eggs for the area....she had the incubator set up in the front room of the farm house....so I suspect some of the pork might have been for sale....there is no one left to ask and I wasn't old enough to be aware of what was happening on the farm until the mid fifties or so when grandma and grandpa moved to town and my parents and us kids moved to the farm. We had a few pigs but mostly milk cows and some row crops and a big garden.
It was 300 acres in Illinois, but farther south and west of the primo soil (or what once was) in the middle of the state.
Here's a few more pictures....the last is recent, of the new owner with his team and grandpa's timber framed barn in the back ground.....way more than 100 years old now.
The Steam engine also ran a saw mill....haven't found the pictures though.
Image-(2).jpg
Image-(3).jpg
Image-(3)-(2).jpg
Image-(2)-(2).jpg
Image.jpg

posted 5 years ago
That's so cool that you even have the photos.

Julia Franke
Posts: 66
Location: Eastern PA
9
posted 5 years ago
This was wonderful. Thank you for sharing.

It's funny, because as I'm learning these "new" permaculture techniques, I share them with my dad. His reply is usually, "yeah, that's what my grandfather did".

Here are some more....scanning pictures to flash drive is my hot afternoon summer project...I promise not to post a thread on my grandchildren 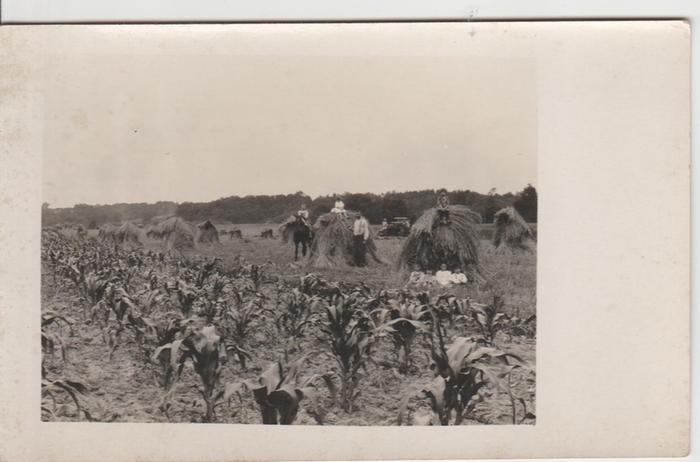 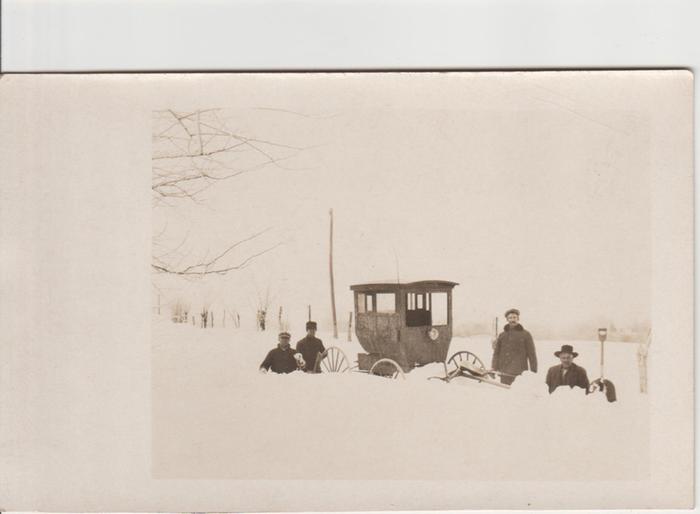 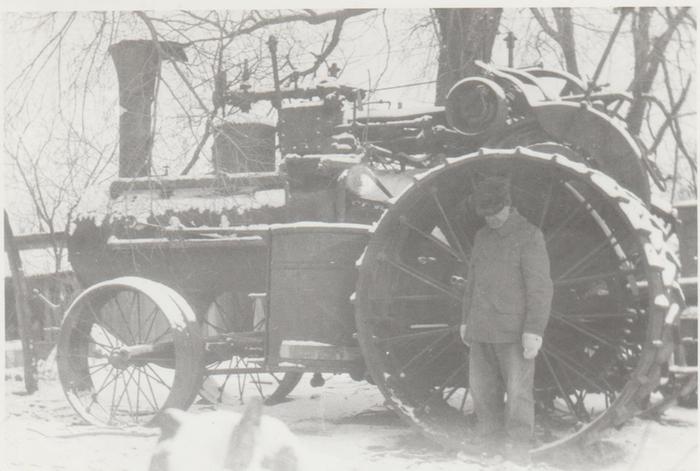 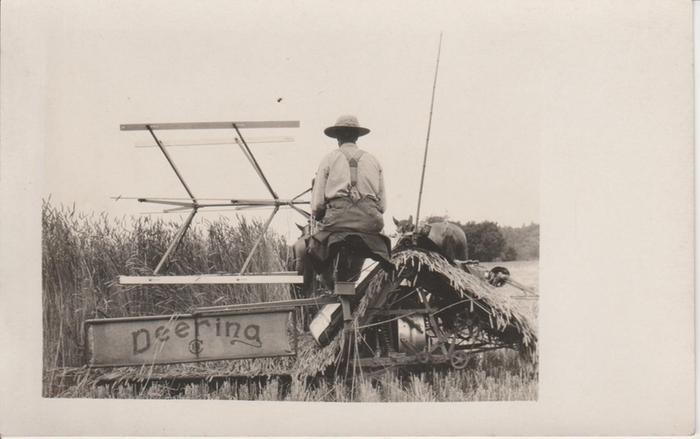 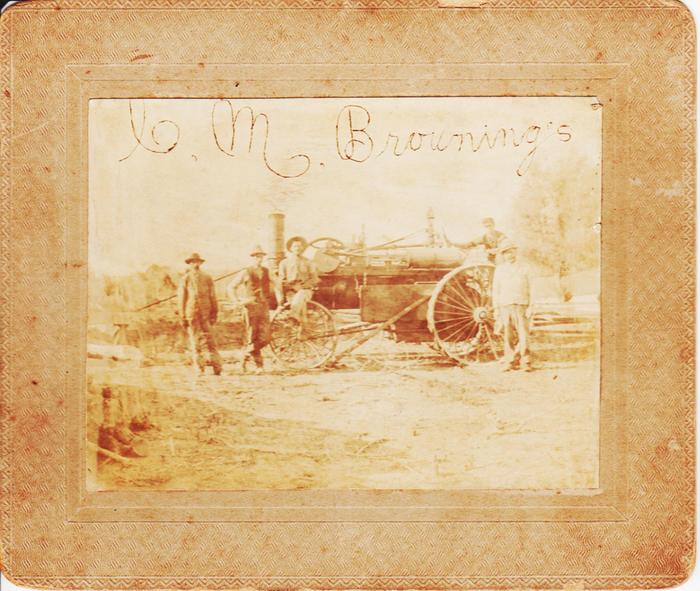 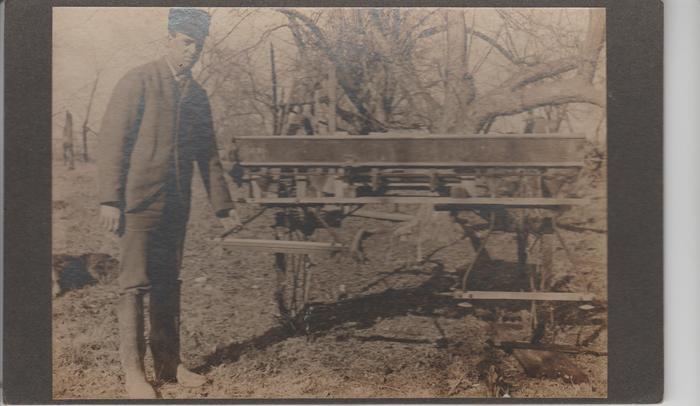 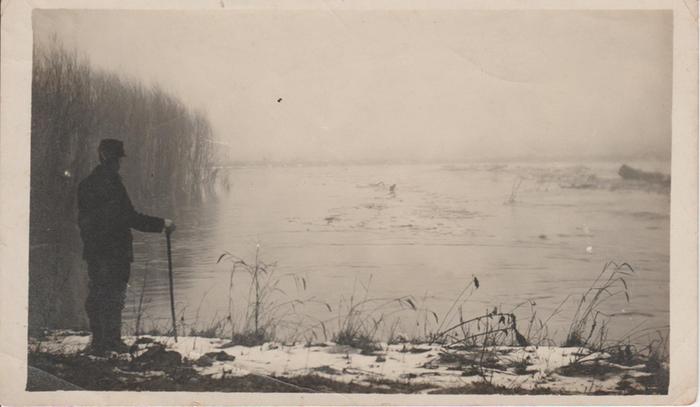 posted 5 years ago
Interesting photos - and a reminder to me that I still have to sort through a bunch of loose photographs from my grandparents - I know there's supposed to be a few farm photos in there, so perhaps I'll be able to share a few, too.

Something to work on in the afternoons when it's too hot for manual labour.
Jen Fan
pollinator
Posts: 391
Location: NW Montana, USA
127
I like...

posted 1 year ago
Wonderful post.  Makes me long for a time without internet, TVs, noise, and stimulation like we have now.  I think I love older photos because I can 'feel the quiet' and simplicity if the time

Maybe I'm just romanticizing it though!  Haha!
Julie Reed
pollinator
Posts: 254
52
posted 1 year ago
Thinking about your comment Jen, it seems like life back then (well, I didn’t live THAT far back but...) was full but not intense. As time goes on, the intensity of living seems to increase exponentially. I think that’s why growing things is so soothing and rewarding- there is no intensity to growth. Plants can’t be rushed, nor do they hurry us. Unlike internet technology, carrots don’t become obsolete within the time it takes to grow them, leading to needing to learn the replacement plant. It seems like we lose half our day (and thus, life) to learning the next ‘new and improved’ thing, instead of just using and enjoying the old thing.
But I also think every generation says these words eventually, which makes me wonder what the next century will bring.
Karen Hill
Posts: 3
I like...

posted 1 year ago
OMG I love, love, LOVE the photos!! <3
Dianne Justeen
Posts: 45
Location: Allentown, PA but we bought off-grid property in Newark Valley, NY
8
posted 1 year ago
What a treasure those photos are!  Also, glad to hear your family kept the farm through the depression.  Looks like they had quite a good business going.