BB Food Prep and Preservation - sand badge
Nicholas Molberg
Posts: 20
10
posted 2 months ago
Approved BB submission
Well, I'm getting Hungry, so this looks like a fine BB to go for. The first video is also me sliding and egg around on a cast iron, since I don't think I have that one yet.

Premade 'oriental sauce' tossed in freezer. I can do much better with less. 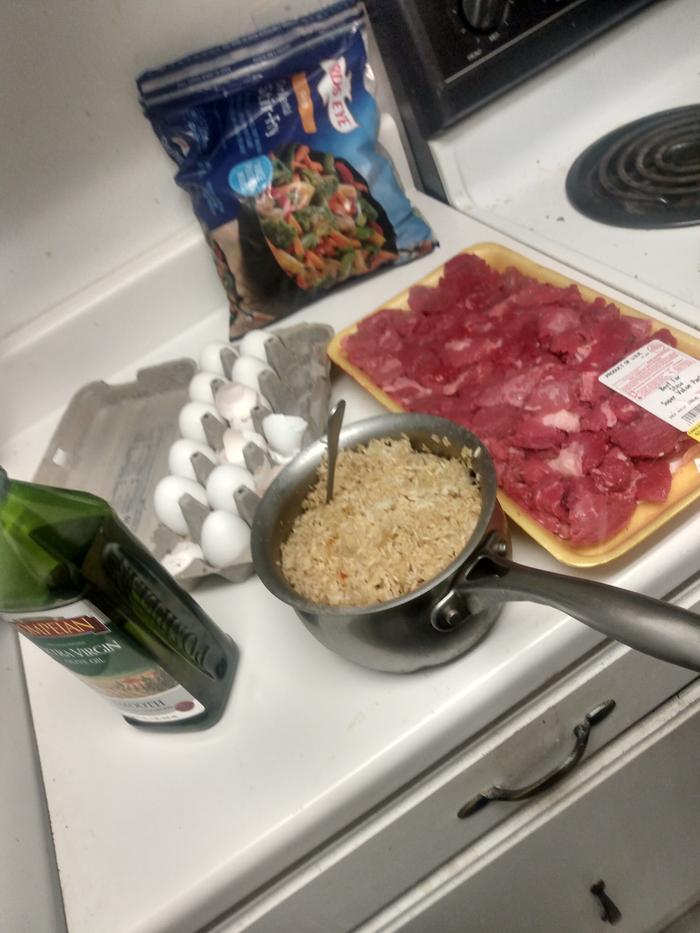 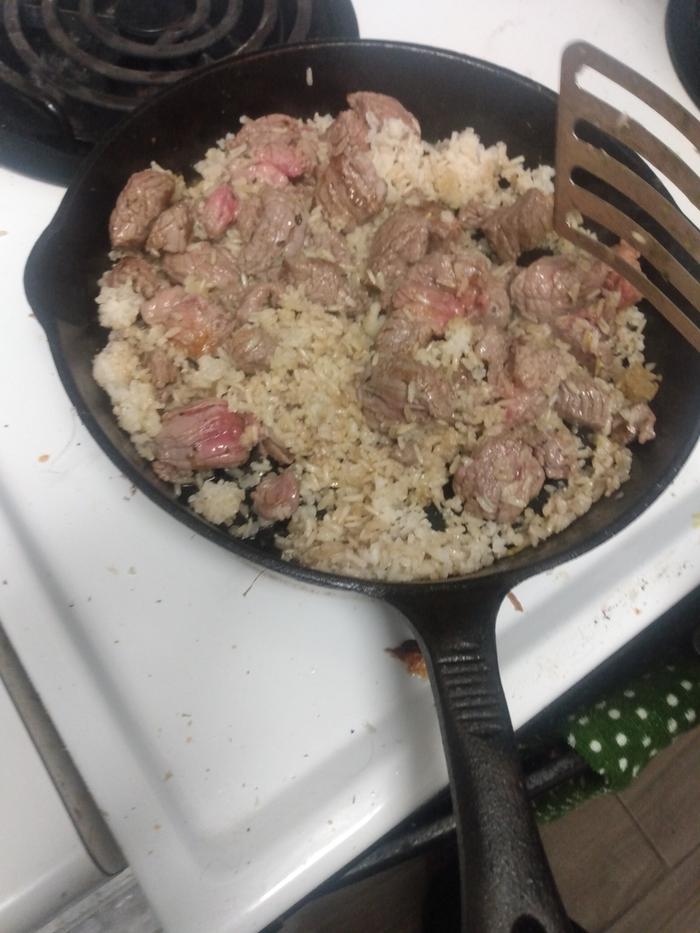 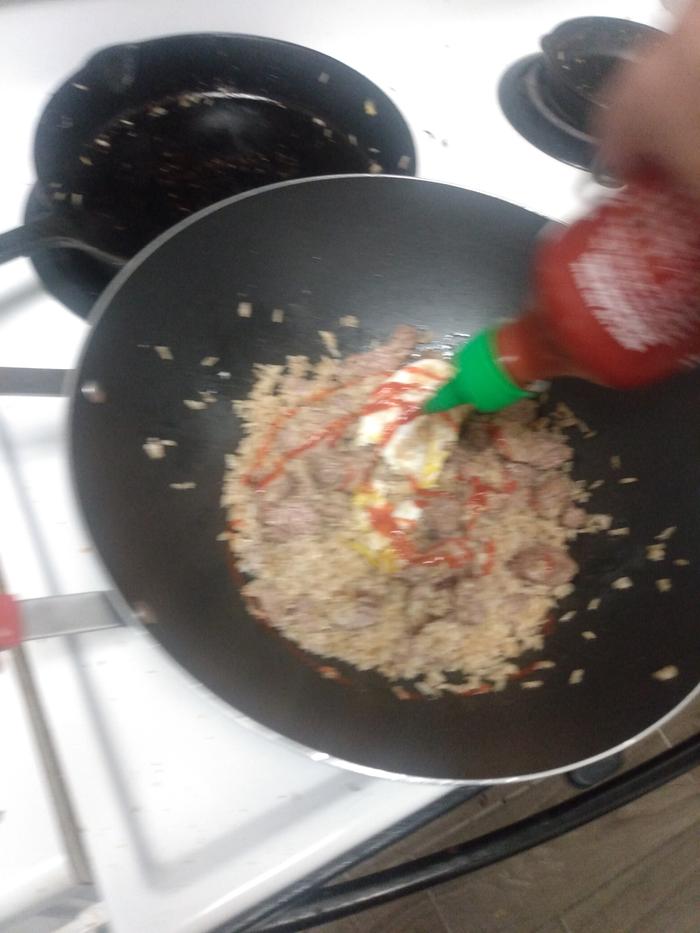 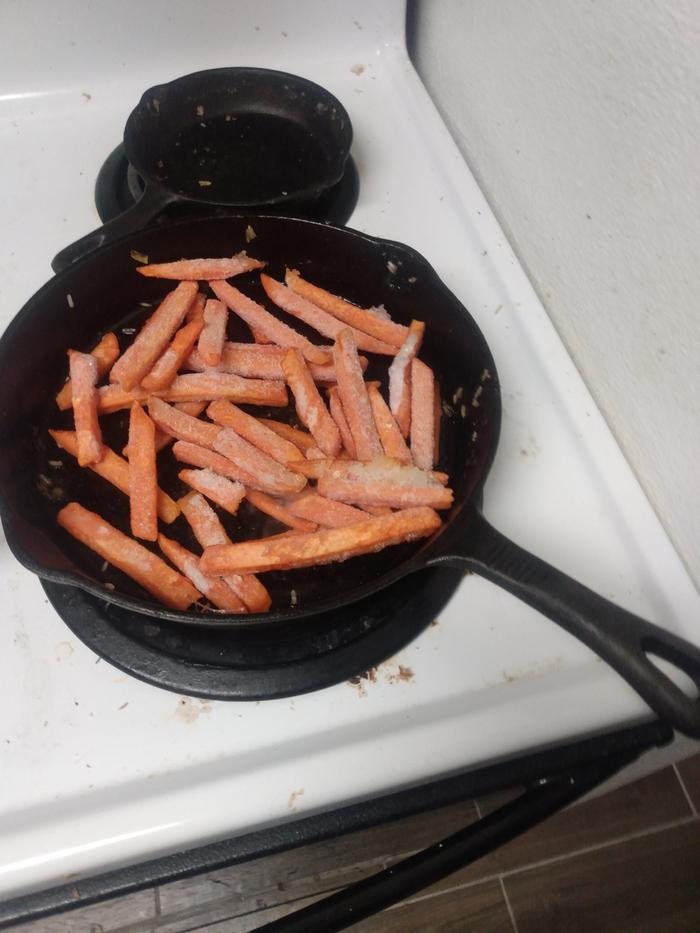 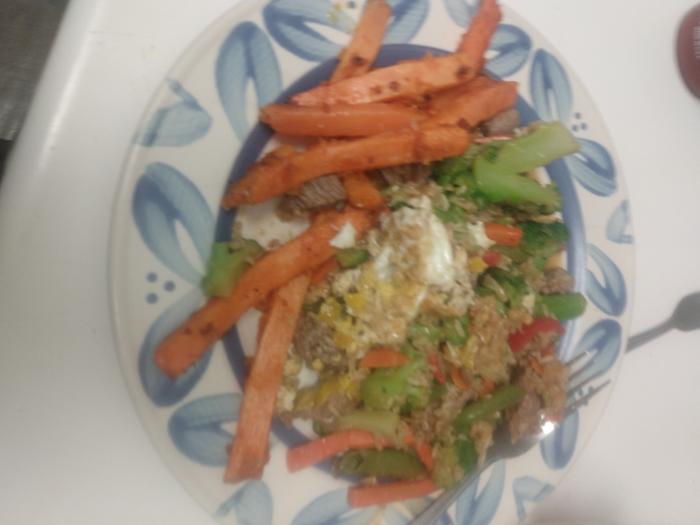 I certify this BB complete

posted 2 months ago
Approved BB submission
Here's to my first BB for the PEP!

We went on vacation for 5 days and came back to a bunch of sad looking vegetables in our fridge, so what better way to use them than a stir fry? 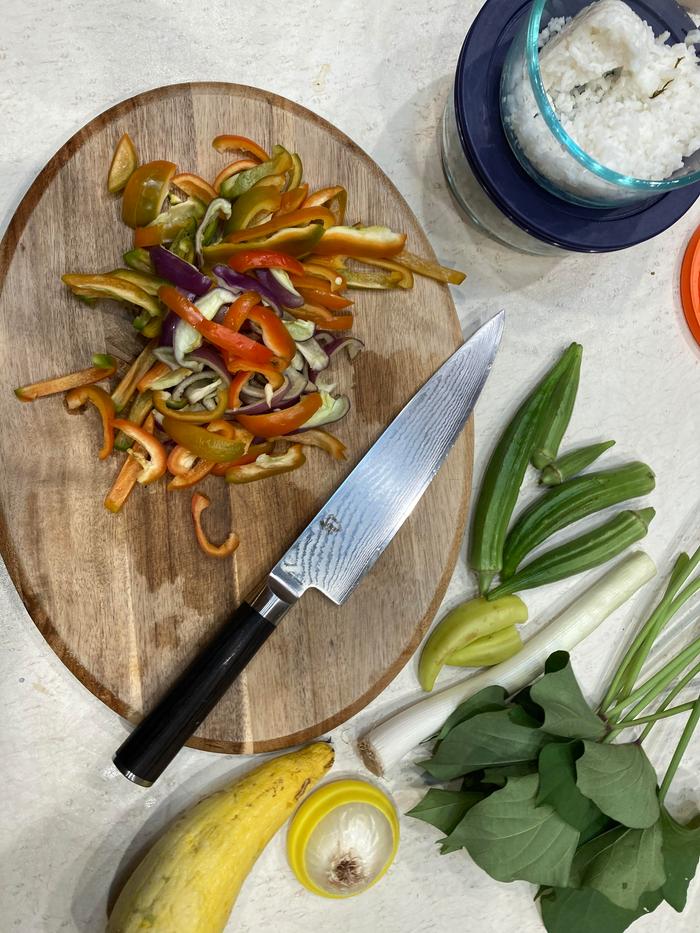 posted 4 weeks ago
BB submission flagged incomplete
Here is my submission for the Food Prep and Preservation - Sand - Cook a Stir Fry BB.

Rob Lineberger flagged this submission as not complete.
BBV price: 1
Note: Hey Opalyn, I'm not seeing any of your pictures.

Thanks for (re)adding the pictures. This BB is complete! I have to say I've never considered stir frying Brussels Sprouts. How was it? Also your knife is missing quite a bit of knife.

Sauce (because what's a stirfry without sauce?):
Bragg's amino acid
honey
Red pepper flakes
garlic (probably too much)
lemon juice
water
ginger
Sorry, no measurements on these; it's sort of a "smell" amount

Turned out surprisingly well.  I thought I should've added more veggies (and would have for myself), but the meat was all gone before the vegetables.

Pictures are imperfect due to the steam.

The soul of the sluggard craves and gets nothing.

posted 2 weeks ago
Approved BB submission
So we don't really have stir fries in Japan, or at least not like the typical Chinese ones. I did cook a traditional Japanese side dish though, Kinpira Gobo". Gobo means burdock. It doesn't have a vast amount of raw ingredients but is very popular in Japan. I usually serve it as part of a Japanese meal which always includes rice and miso soup and three side dishes. The amount I made would serve 4-6 as a side. I used probably 95% organic ingredients.

-Add kombu and shiitake to pan with one cup of water. Bring to boil slowly.
-Whilst that is happening fill a bowl with water and splash of rice vinegar.
-Cut burdock root sasagaki (shave off small pieces whilst turning burdock round as if sharpening a pencil).
-Collect a few pieces of freshly cut burdock and then slice into thinner strips. Put into the bowl of water.
-After finishing slicing all the burdock, julienne the carrots.
-Change the water in the bowl of gobo.
-Add a tablespoon of canola oil to pan and fry the burdock for a few minutes.
-Next, add the carrot and fry for a few more minutes.
-Combine the dashi, soy sauce, mirin, sake and maple syrup. Add to the pan and fry on high until almost all liquid absorbed.
-Lastly add the sesame oil and the sesame seeds.

(And remember this is just a fifth of a Japanese meal)

Ashley Cottonwood flagged this submission as an edge case BB.
BBV price: 0
Note: To complete this BB, the minimum requirements are: - should serve at least 2 people (leftovers!)