BB textiles - straw badge
posted 7 months ago
This is a badge bit (BB) that is part of the PEP curriculum.  Completing this BB is part of getting the straw badge in textiles.

In this project, you will sew a skirt with pockets.  The skirt must have at least 5 pieces (gores) and here are some images to inspire. The skirt can have an elastic or fitted waist and be very full or more fitted with a flare. 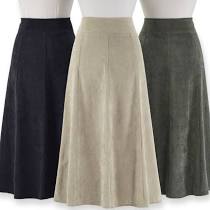 Another option is to design your own and the Mad Quilter will show you how.

Minimum requirements:
- sew a skirt with 5 or more gores
- must have pockets
- skirt must be knee-length or longer
- use natural materials

To document completion of the BB, provide proof of the following as pictures or a video (<2 minutes):
- the material(s) you're using
- the skirt in progress with your pattern or sewing technique visible
- the finished skirt on a body

Related Article:
- How to Sew a Gored Skirt

posted 7 months ago
Approved BB submission
Here is my submission for the Textiles - Straw - Weave a Strap BB.

To document the completion of the BB, I have provided the following:
- the material(s) you're using - My fabric is made from silk ties
- the skirt in progress with your pattern or sewing technique visible
- the finished skirt on a body
0-Make-Fabric-8-10.JPG
1-using-Serger.JPG
2-Take-it-in-55-in..JPG
3-pinning-elastic-in-place.JPG
4-elastic-casing.jpg
5-Hem.JPG
6.JPG
10.JPG
IMG_5933.JPG

posted 5 months ago
If I make a dress with that skirt (I think 6 gores), does that count for the BB? I mean then I won't add a waist band or elastic, but a bodice on top of the skirt.

posted 4 months ago
I just realized we don't have a badge bit for making a dress. In that case, I think making a 6 gore dress would work for this BB. Just make sure it has pockets!

Nicole Alderman wrote:I just realized we don't have a badge bit for making a dress. In that case, I think making a 6 gore dress would work for this BB. Just make sure it has pockets!


Thanks Nicole. Yes, with pockets!

posted 1 month ago
Howdy!
I had read about someone trying this as a "fashion experiment" for something having to do with restyling a band's image. I have no idea what it was or why I read it - it was in the early days when I read everything I could find about sewing.
I managed to luck into a stash of men's silk (or close enough) ties. Lots of them, so gave it a try. I couldn't make it work.  It was either too heavy for the elastic, or there were gaps in odd places or ... I was a newbie to sewing and it was, at best, a concept in ideas and skill. I could, and did, sew many things. Most of them stayed together and did what they were supposed to do.
The "Tie Skirt" didn't.

I am impressed and highly approve of your skirt. It is amazing and every bit what I had been hoping for in those early days - goes with anything, can be dressed up or down, and has an impressive "twirl factor", the best part of wearing skirts, really.
Kudos!
And, congratulations!

"No one has been traumatized by a chicken or tried to lick something they shouldn't or attempted to eat packing peanuts so I consider it a win. Also since starting at this job I've had air conditioning every day, nothing has burned down, and nobody has been bayonetted so I consider it a step up from the last one"
- Catherine Dobbs on describing her day

posted 1 month ago
Approved BB submission
Finally my dress with 6-gore skirt is ready (and photographed)!
It is longer than knee-length and has two pockets, but no lining. I don't know if I'll get 1 more point for making it a dress ... You who'll approve it can decide 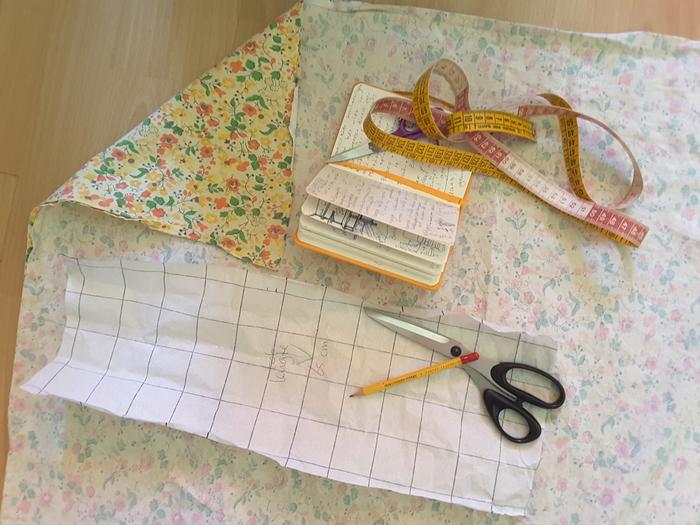 Materials. This yellow cotton with flowers I found in the thrift-store, looked like it was a bed-sheet. I made my paper pattern to fit me. The little note book I use to write and draw my creative ideas. 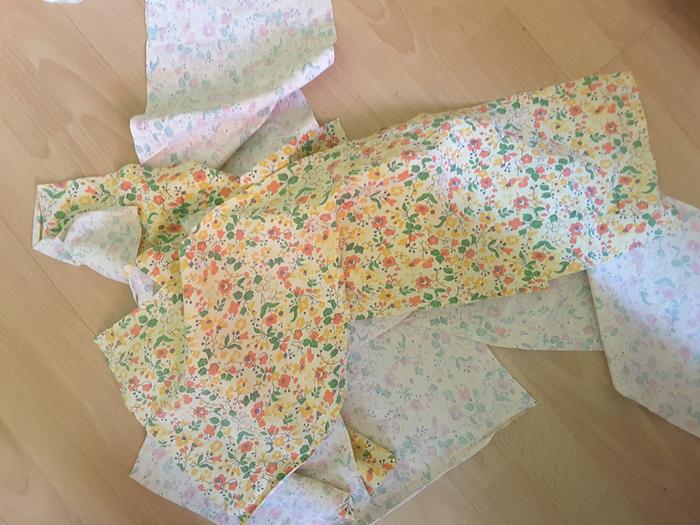 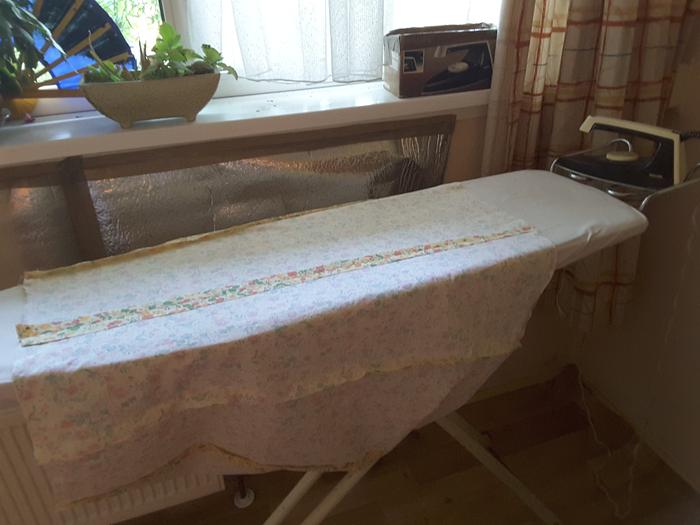 The skirt sewn and ironed 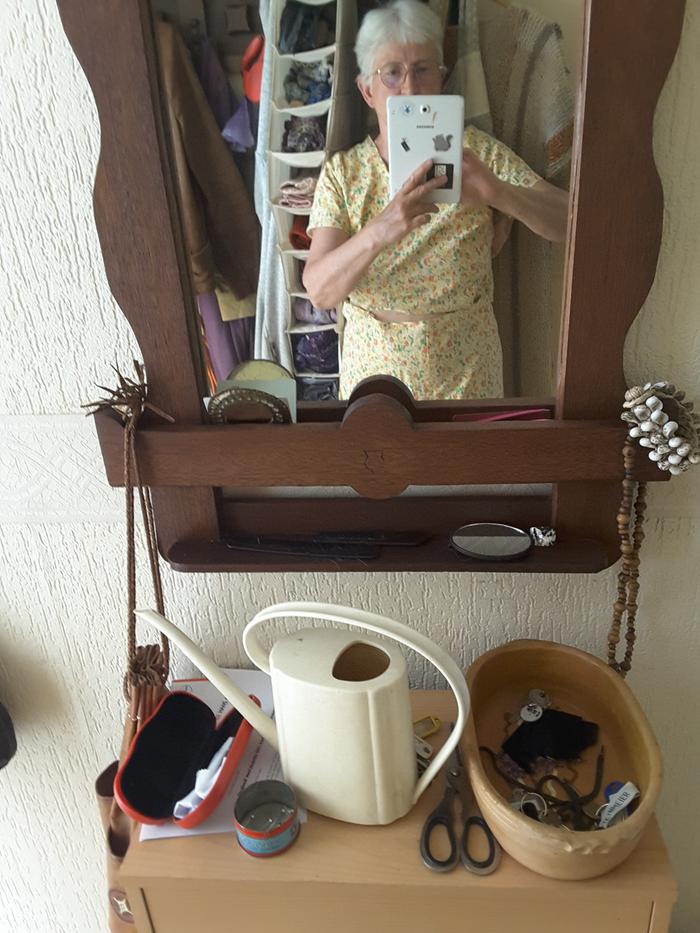 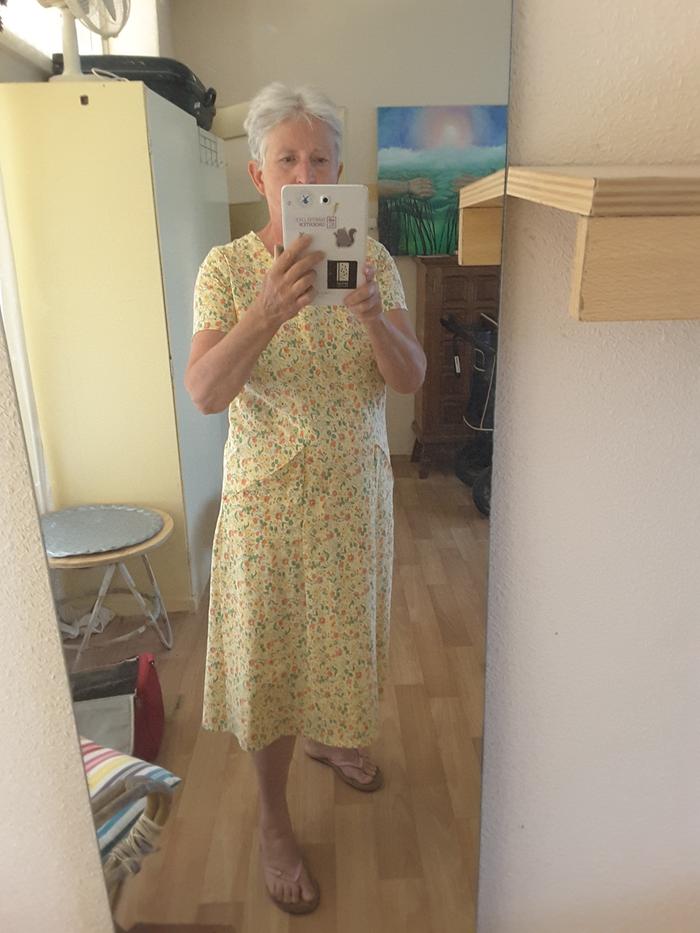 It fits perfectly. I can put it on and off over my head, no zip or other way to open and close it needed! And the pockets on the right spots.

Nicole Alderman approved this submission.
Note: I hereby certify that this badge bit is complete! What a lovely summer dress!