posted 3 months ago
Approved BB submission
Double whammy with the vinegar pickling BB! I didn’t have a rack for the bottom of my pot, so I used a kitchen towel to raise the jars off the bottom. I’ve done a bit of canning before, but not much, and I was pretty nervous that these wouldn’t seal, but they all did!

posted 3 months ago
Approved BB submission
I've canned several things, but this time I think I have the required pictures.  Yesterday I made apple pie filling.  It took most of the day, although I will say I was also making roasted applesauce and doing some other things, like making carnitas. The key thing about canning pie filling is that you have to have the right sort of starch.  Ordinary corn starch, or flour, is not good for canning.  I used the recipe on the back of the starch bag, to be safe and also because it was exactly the same recipe as 3 other places on the interwebz when I went looking for alternatives.  Canning recipes are that way - you don't mess with them.

The recipe called for 6 quarts of sliced apples, but that was not enough.  Maybe they meant 6 quarts after blanching?  For this recipe, you peel and slice the apples (that's the time consuming part) and then blanch them in small batches for one minute.  They end up smaller and softer, but not fully cooked.  Anyway, I did not get 7 quarts of pie filling.  I got 5 and a half, and then that 6th jar got filled to the brim with leftover goo.  I made a lovely apple cobbler with the leftover, utilizing several more apples.

I usually lid the jars right after I fill them, but I was dealing with the "not enough apples" problem so I had them all still open, on the rack over the boiling water which helps keep pathogens away. Half inch head space, per the recipe.  I had a bit of siphoning (where preserves come out the lid either during or after the water bath) but not too bad.  I left the jars sitting in the water for 10 minutes after the time was up and I turned off the burner, and then I let them sit above the water another 5 minutes as I'd been warned that apple pie filling is known to siphon.
Tools-for-canning.jpeg
Pie-filling-recipe.jpeg
Blanched-apples-in-sauce.jpeg
Half-inch-headspace.jpeg
Boiling-water-bath.jpeg
Finished-jars.jpeg
jars-in-drawer.jpeg

Please include a pic of the labeled jars.

posted 2 months ago
Approved BB submission
Today I canned two products-- one jar of red currant jelly and three jars of cranberry sauce made with some currant jelly that was not enough for a full jar, whole cranberries, and sugar. I used water bath canning method and processed jars for 10 minutes.

Here is my equipment: 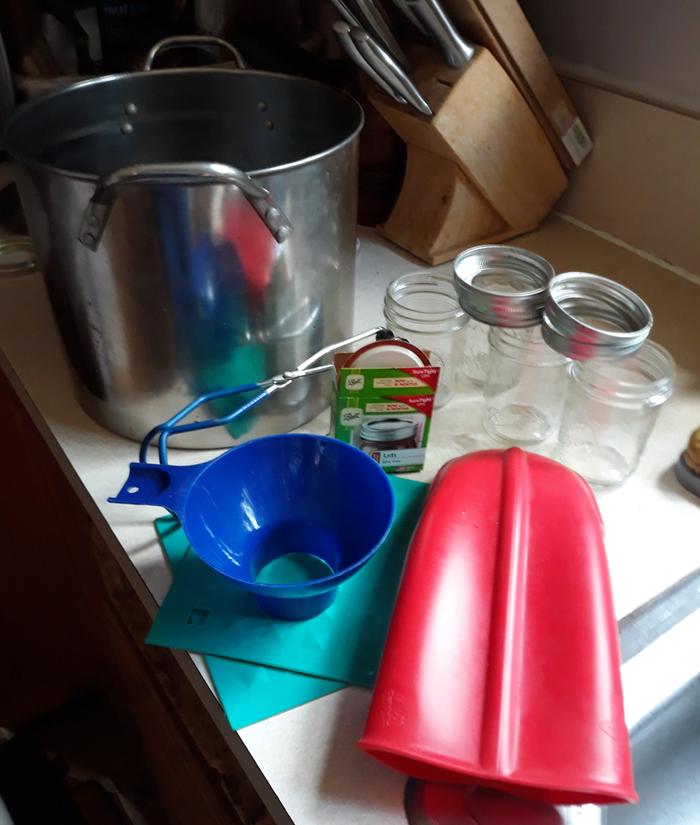 Here is the recipe for the jelly: 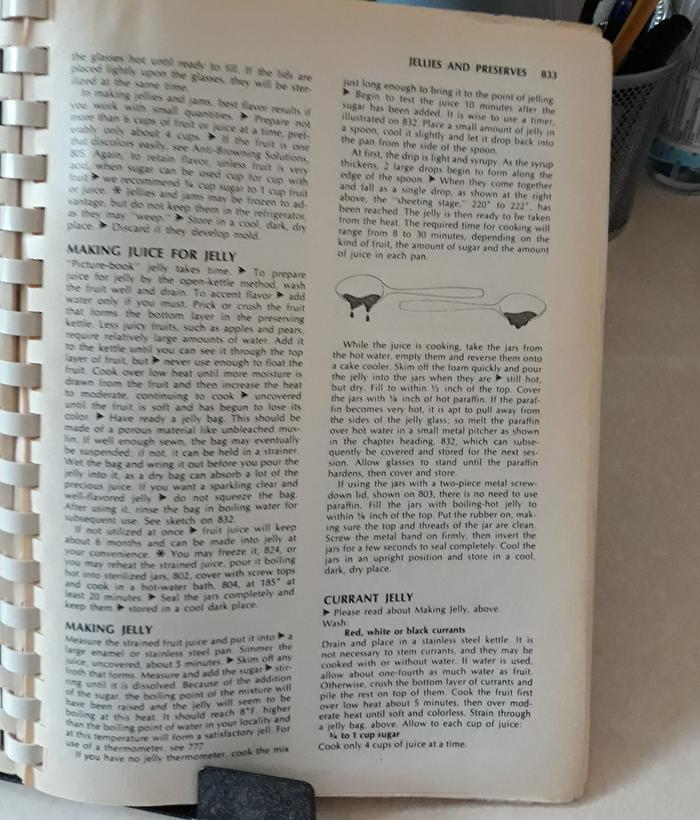 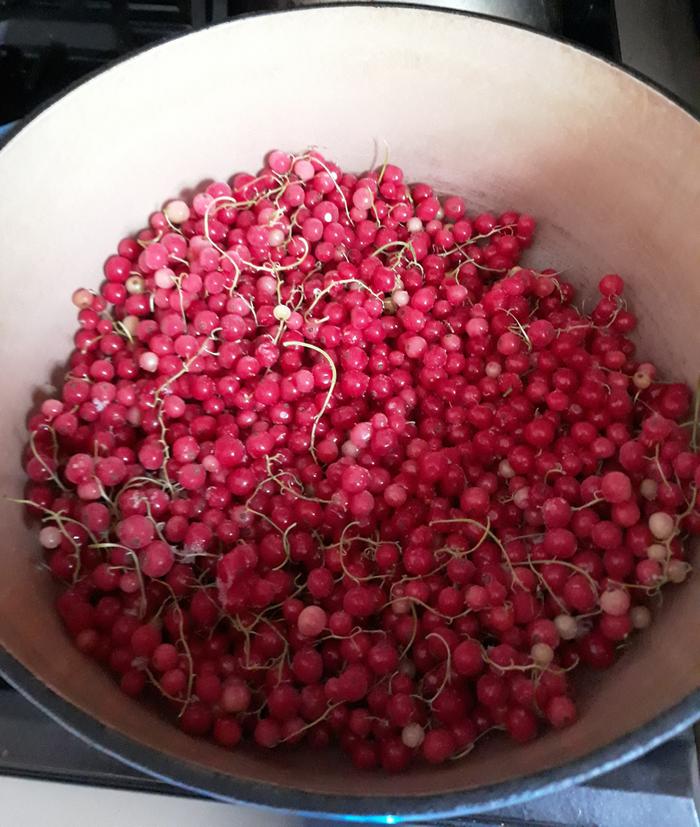 The cranberry sauce before canning: 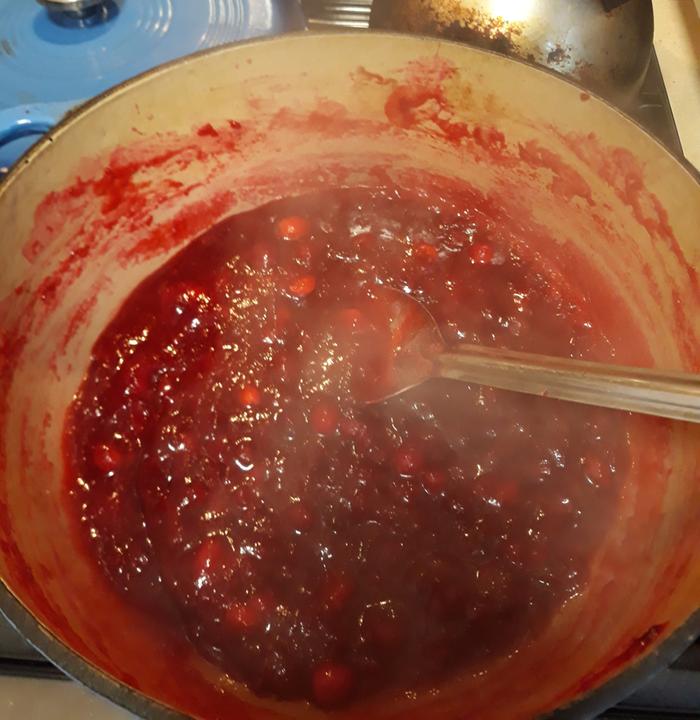 Filled jar with a bit less than 1/2 inch headspace: 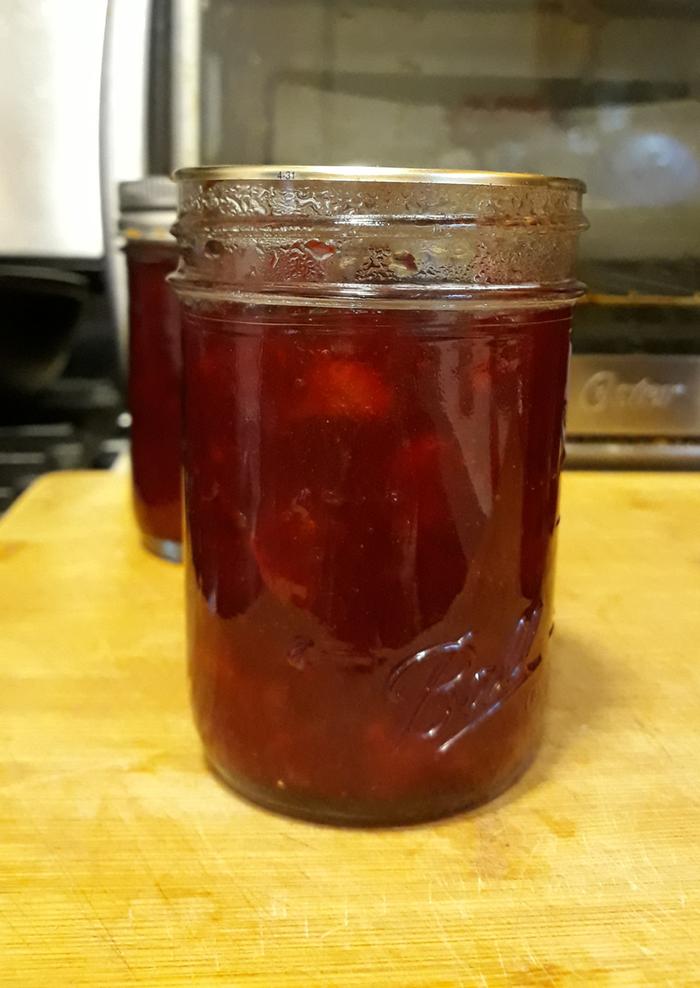 The water bath set-up with first jar.  I use two textured silicon trivets to raise jars off the bottom of pot. 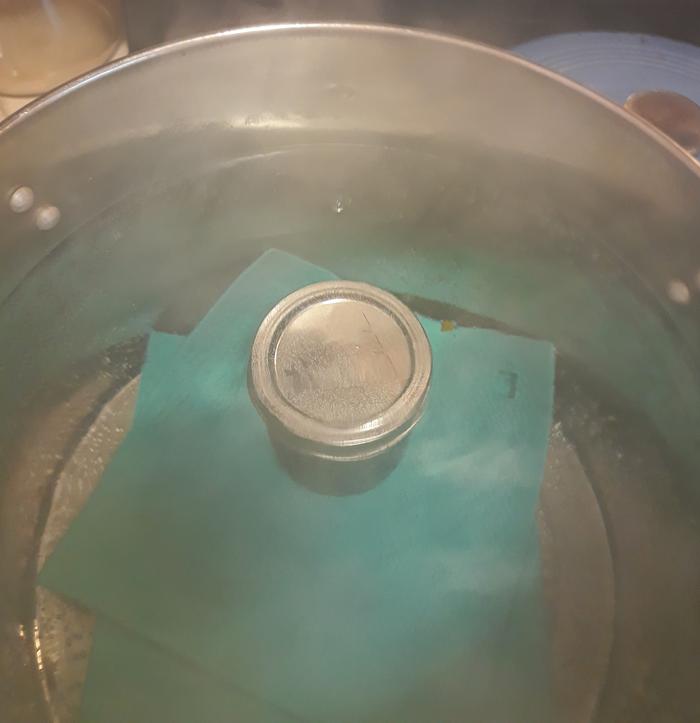 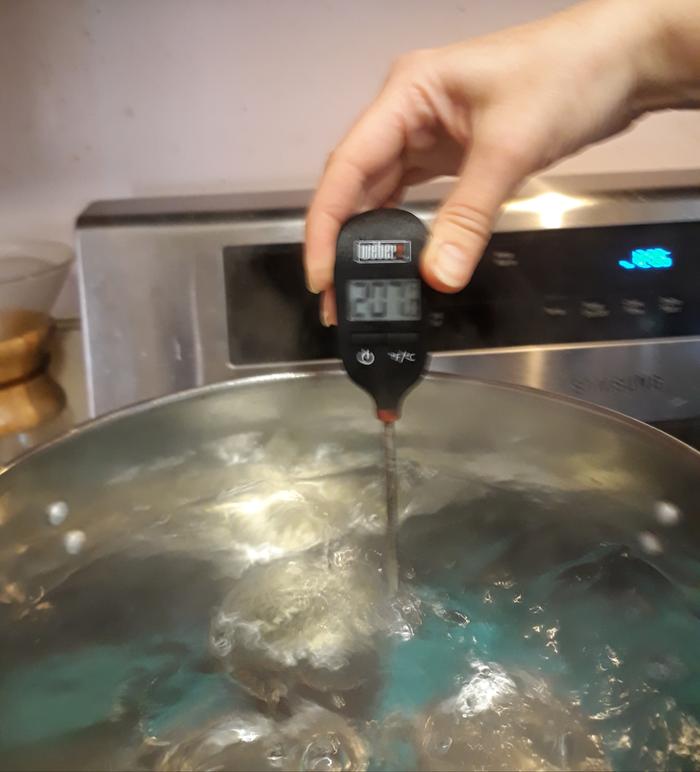 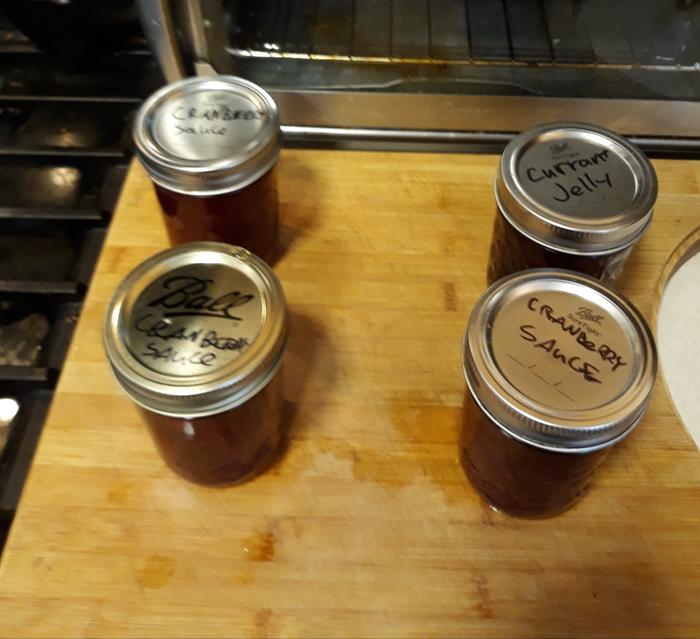 To show you've completed this Badge Bit, you must provide:
A before photos of all of your equipment and ingredients
Your recipe of choice
A photo of you filling the jars to the proper 'head' height
A photo of the jars in the water bath
A photo of your finished product! (Including a photo of the sealed lid and appropriate label)


Here is the plums i began with. They were previously frozen and halved. 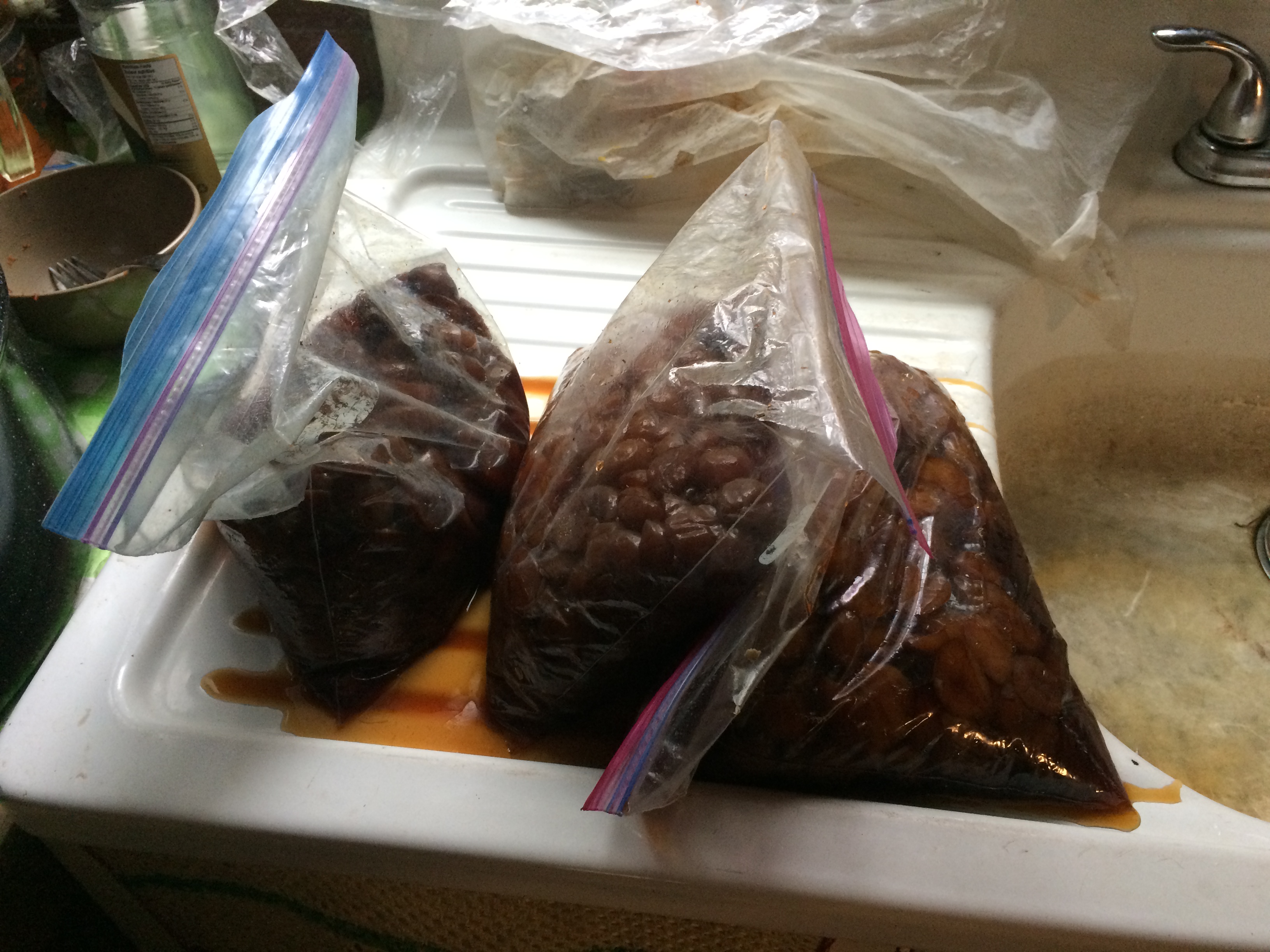 So for the recipe. I spent about 30 minutes trying to find one.( Joy of cooking, change of heart, mother earth news, etc) and in the end i noticed the plums had quite a lot of juice in them. So what i did was i just added honey to taste. I put about 1 1/2 cups of honey into the plums. I used my own taste buds!

pressure canner plus metal disk separator  and the equipment 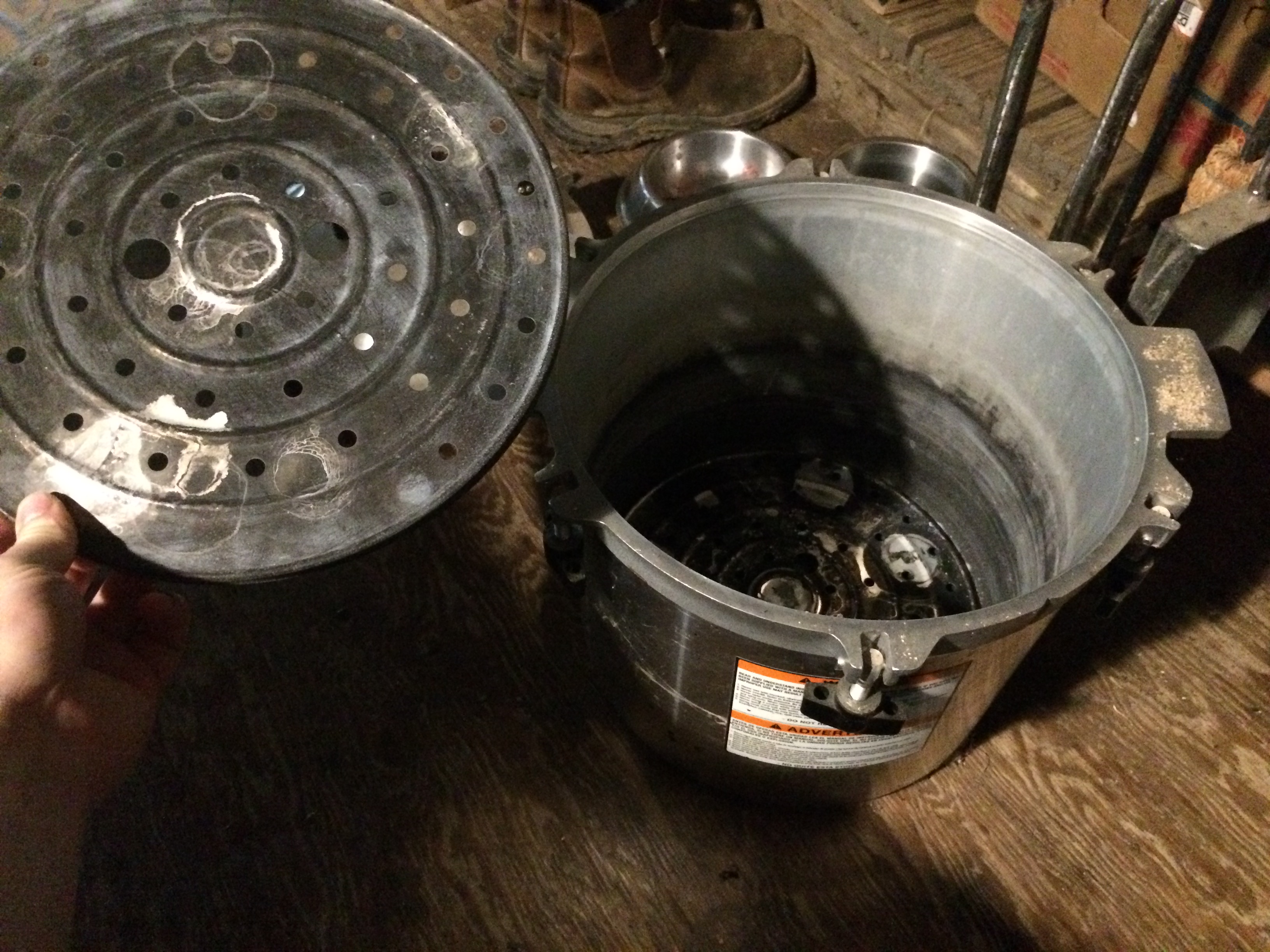 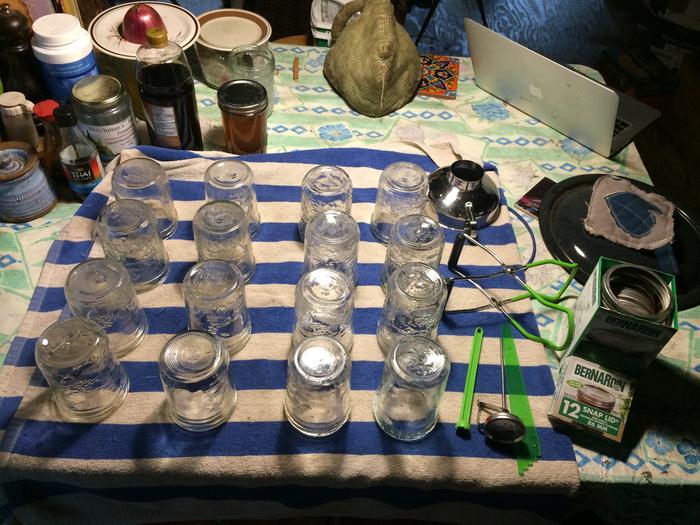 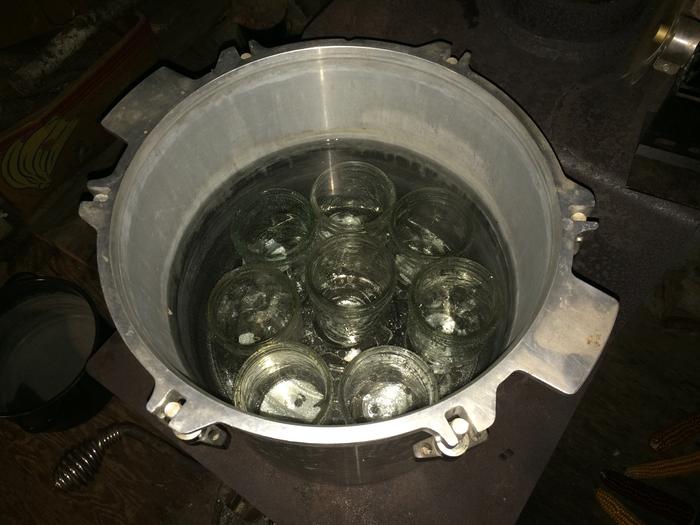 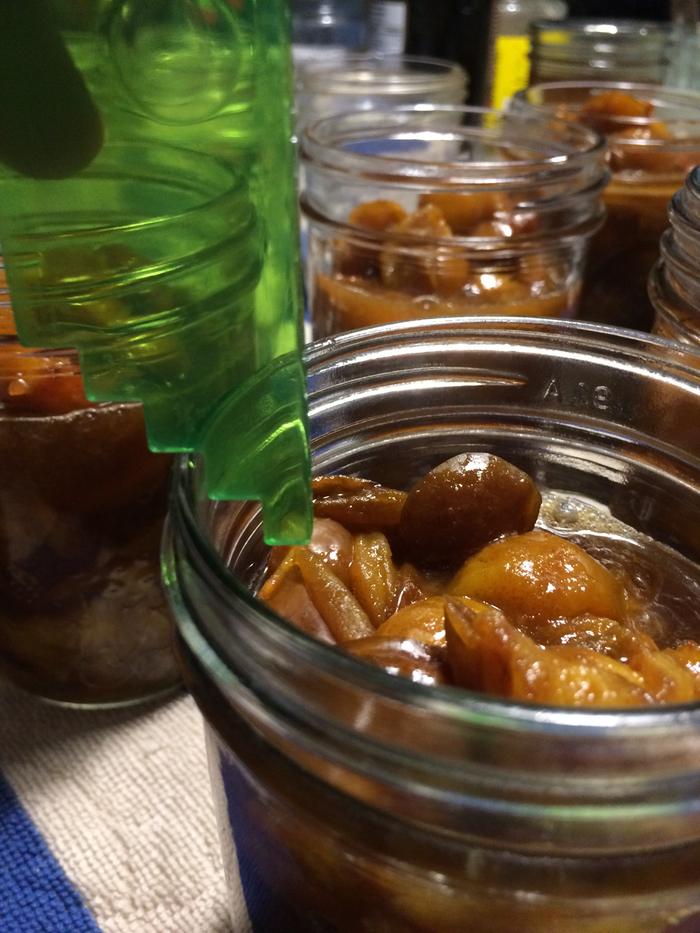 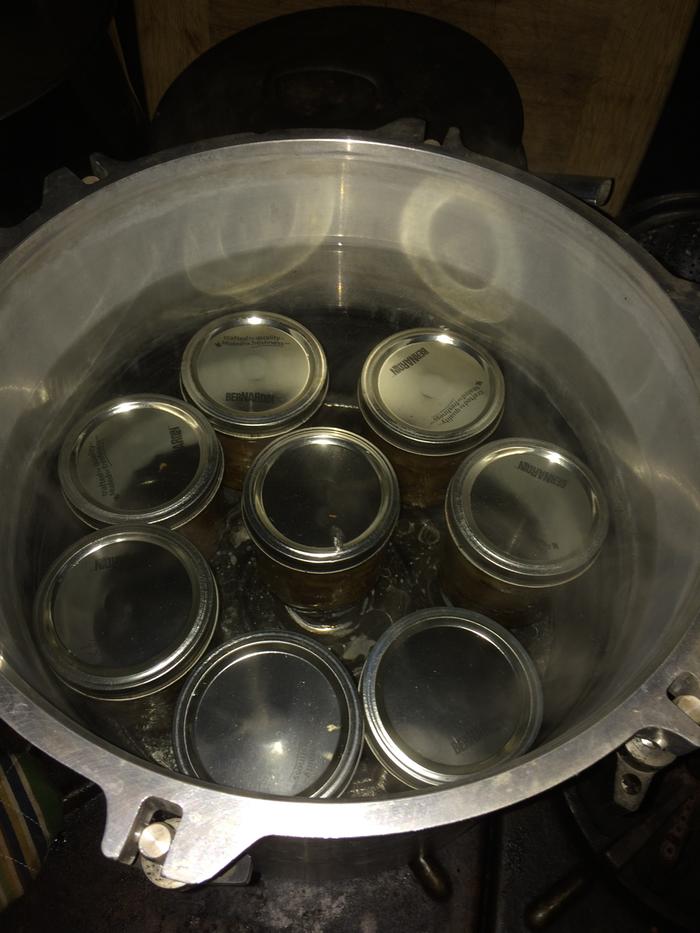 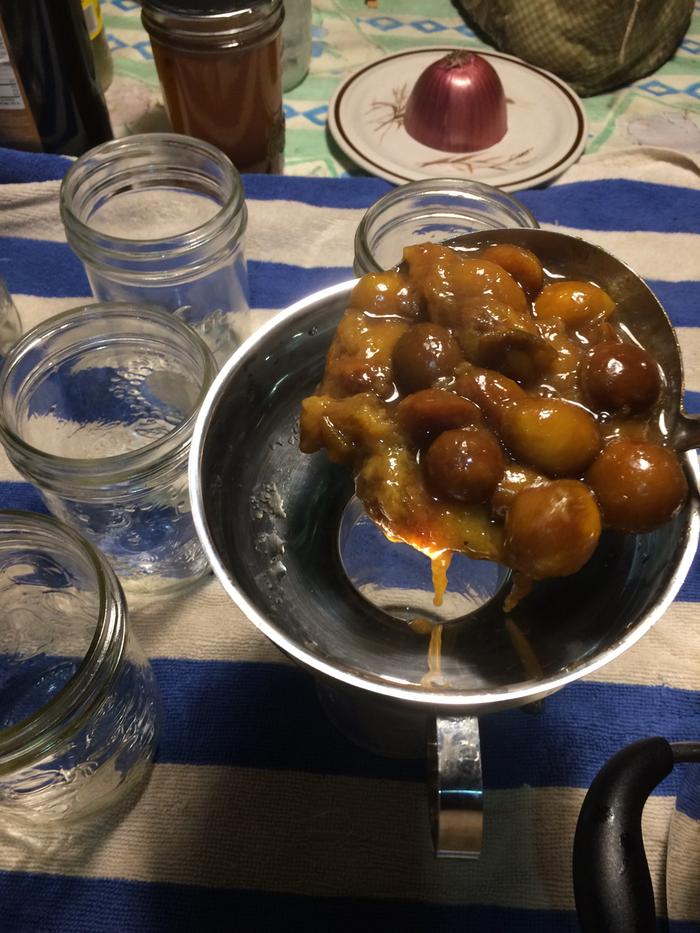 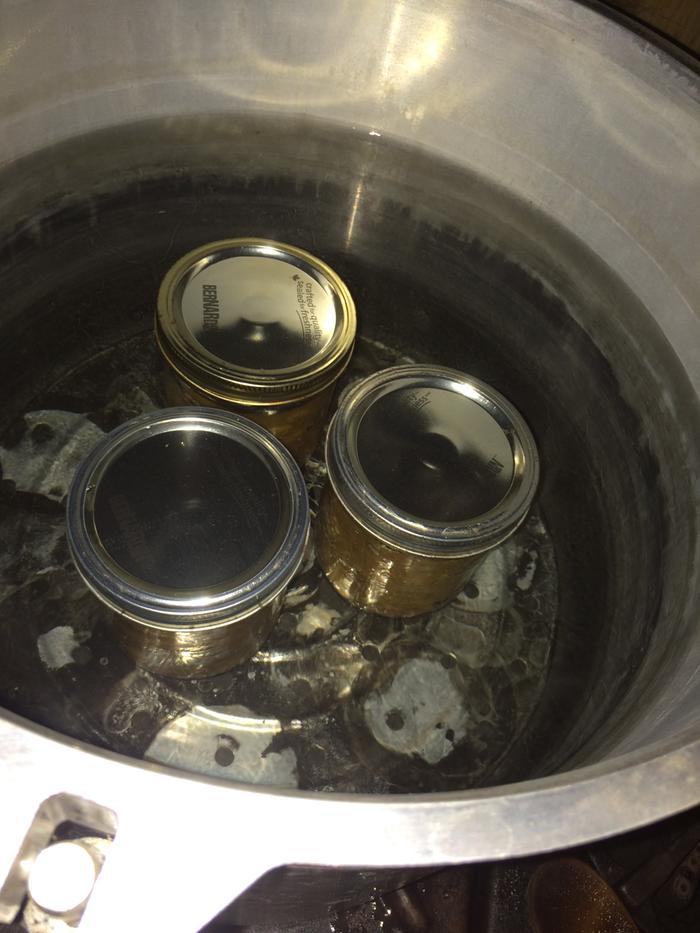 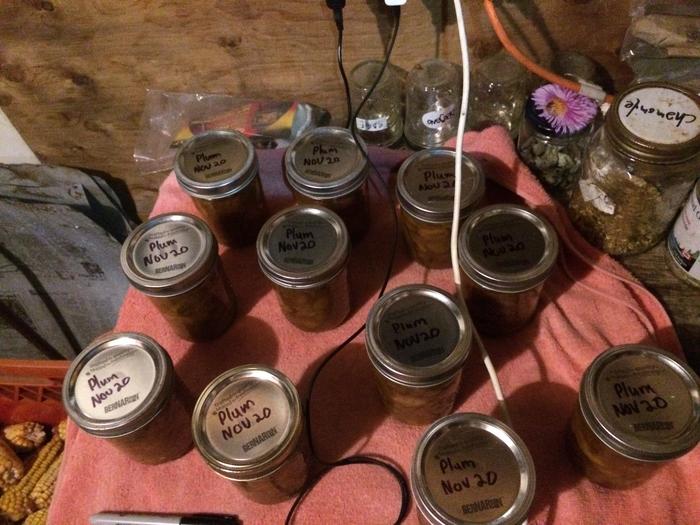 A long (albeit 6 minute) video of the process is here on my YouTube channel. I submitted photos for the official BB.

Take one of our virtual Do-it-Together Fermentation workshops!

Someone flagged this submission as an edge case BB.
BBV price: 0
Note: Can you add a photo of the jars in the canner