BB metalworking - wood badge
posted 1 year ago
This is a badge bit (BB) that is part of the PEP curriculum.  Completing this BB is part of getting the wood badge in Metal Working.

For this BB, you will be making a custom bike fender!  It can be for a bicycle or a motorcycle.

Minimum requirements:
- make one fender (front or back) for a bike, motorcycle or similar machine
- starting with a curved blank is ok if you modify it significantly

To document your completion of the BB, provide the photos or video (<2 min) of the following:
- The supplies you're starting with
- Partway through the build
- The finished custom bike fender
- Describe what is custom and unique about this bike fender
COMMENTS:
Cam Haslehurst
pollinator
Posts: 214
Location: Northern Ontario, Canada
102
I like...

posted 10 months ago
Approved BB submission
I made a fender for my fatbike. I'm riding through the winter this year, hence the need for the big tires.

I started with some metal from the scrap yard like usual. All rusty and bent up. First job was to straighten it out as much as I could, then cut a piece and take the rust off it. See photo one. Then I thought about how to attach the thing. This took me a good while. First I thought of some thin rods to support the fender, then realized there's no way to really securely attach them to the frame. I eventually came up with the idea that I put together in photo 2: a ring clamp around the seat post (pencil taking the place of a bolt), then an L-shaped piece that would hold the fender. I was off to the races! Or maybe not. At first I thought I was going to make the L shaped piece and the ring clamp out of the original sheet metal. Upon thinking a little harder I realized there was no way the thin metal would support the weight of the fender. "This isn't as easy as I thought it'd be," I thought to myself. I scrounged through my scrap bin and found some old pieces that I practiced  welding on. Aha! It would be more than strong enough to hold the fender. Again at first I thought the ring clamp and the L piece would be separate, but decided against that. I welded them together instead to make the piece much stronger.

Following this all I did was take the corners off the fender and round things out a bit so I don't slice myself getting on and off the bike. I also cut the length much shorter to lighten things up...this is a mistake if you want to protect your butt from getting wet.  I painted the underside of the fender so it doesn't rush out too quick, and I'm not sure what I'll do to the top yet. Maybe clear nail polish to keep the sheet metal look.  Finally, I drilled holes in all the pieces, and they bolt together like you see in the last 4 photos.

Mistakes made/lessons learned:
- When making a seat clamp make the it fits the post very tightly! If not whatever you attach will shimmy around
- If you want the fender to keep your entire backside dry (not just your upper back) you need to extend it over the entire top of the wheel, or almost
- If extending over the entire wheel, another support system would work much better as the weight of the fender would be more evenly distributed 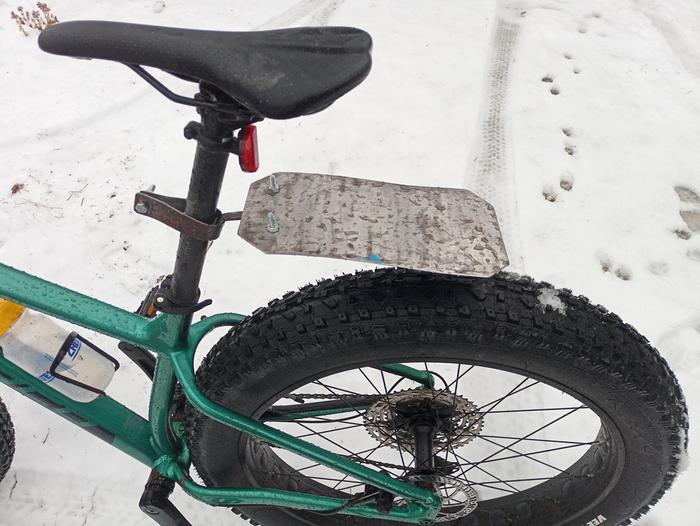 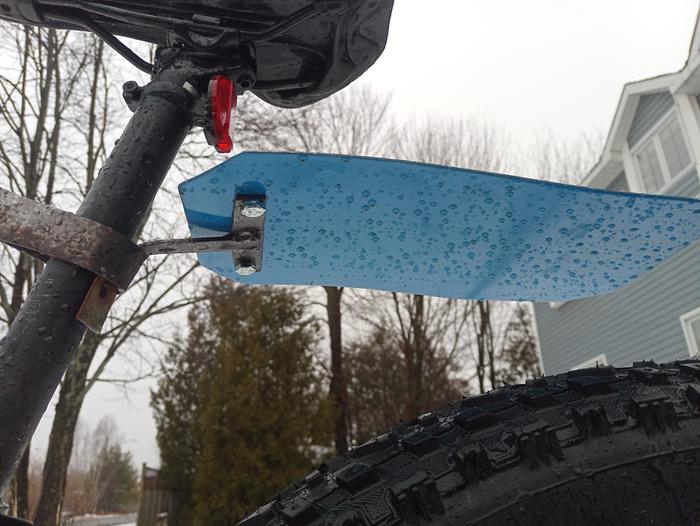 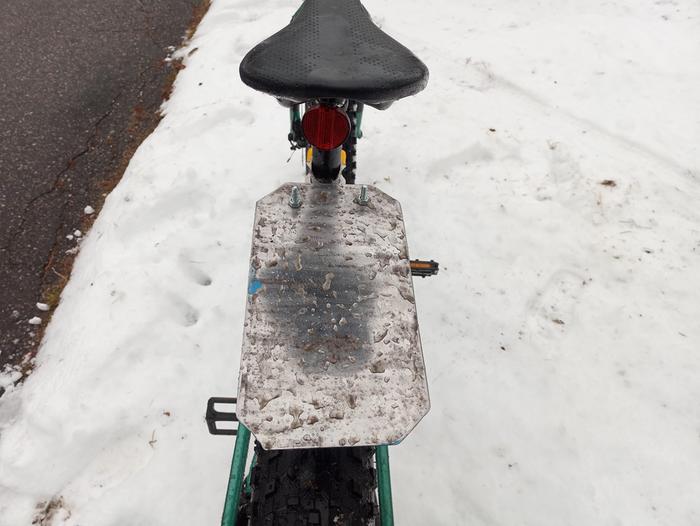 See where I lived this summer to learn about permaculture: https://permiemilkmaid.wixsite.com/my-site
My journal: https://permies.com/t/160807/Stone-Baerm-Adventures