posted 1 year ago
We used as many assists as we could along the way. To move the log, we put one half in the wheelbarrow, and the other he carried. And when we got it to the base logs, we put it on one and then I pushed on one side to lift it up so he could put it on the other log, to do a teeter-totter action. He knows how to bend at his knees and keep a straight back. He used to work in a woodshop, hauling around doors and big boards, so he's no stranger to moving heavy stuff. He's not a weakling, either.  But, that log was HEAVY. It was 7+ feet of wet hemlock wood.

If we'd made the bench during the three months in the summer when things are dry here, it's probably be easier to move...but it also would probably be smokey and hot, considering how our weather has been the last two years with climate change.

I'd love tutorials on how to do this without injury...and maybe to have the requirement be for a slightly smaller bench that someone could make by themselves. There was NO WAY that I could see that I could make this bench by my self.

He knows how to bend at his knees and keep a straight back. He used to work in a woodshop, hauling around doors and big boards, so he's no stranger to moving heavy stuff. He's not a weakling, either.  But, that log was HEAVY. It was 7+ feet of wet hemlock wood.

What my guy learned after years of lifting and moving things 'properly' was that just because you CAN lift something doesn't mean you should....disc compression happens when you lift more than your body can tolerate...even bending knees with a straight back and well developed muscles, damage happens.

posted 1 year ago
I made a 3 log bench today during the 2019 PEP1.  I told myself "before cutting the saddles, be sure to center the log on the support logs".  Well, I forgot, so now it's off center.  It still feels nice to sit on.  Thanks again to Jeremy for loaning me his adz and broad axe!
DSC05129.JPG 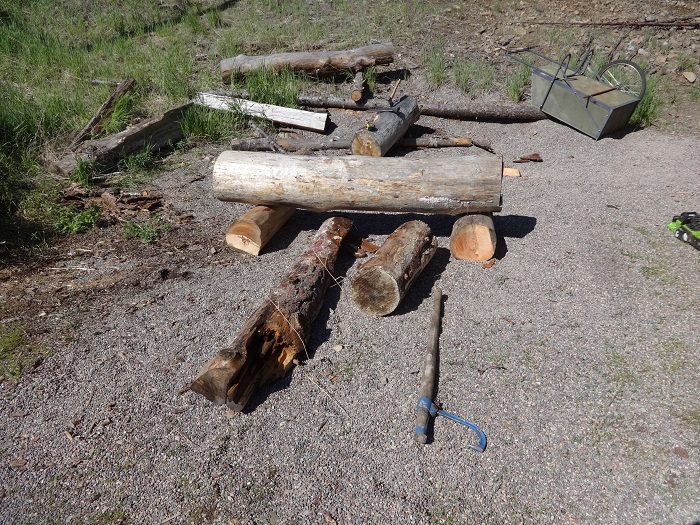 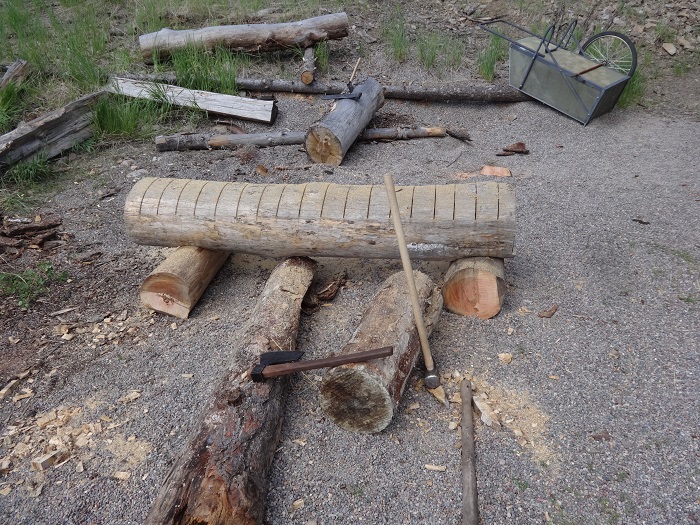 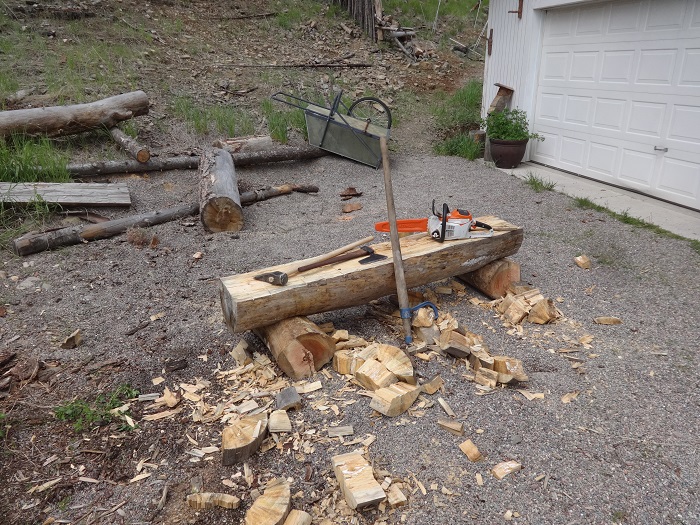 I hereby certify that this Badge Bit is completed!

posted 1 year ago
This is a good one. Fred taught me how to scribe a with a couple projects we've worked on but this BB really made it soak in. Used a compass for one scribe. Turned out that distance was the width of a 2x4 so i scribed the next one with that and a lumber crayon. The crayon was about a finger width wider than a pencil mark so I marked the inside of that. Cut to the marks with a chinsaw, knocked those out with a hatchet and cleaned up with a chisel and compound mallet. As for the hewing I cut through with a chainsaw. There are a few ways to go about it but this worked out for me. One of the videos above brought me to that decision.
Was thinking about using the piece that was hewn and cutting pieces off what I used for the bench to sit flat face down and saddle notch those. Would that still count for people who don't want, can't, or don't have access to equipment to move a massive log?
20190522_153927.jpg 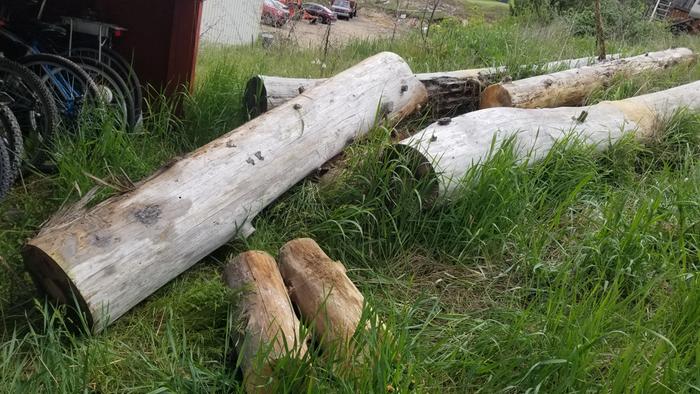 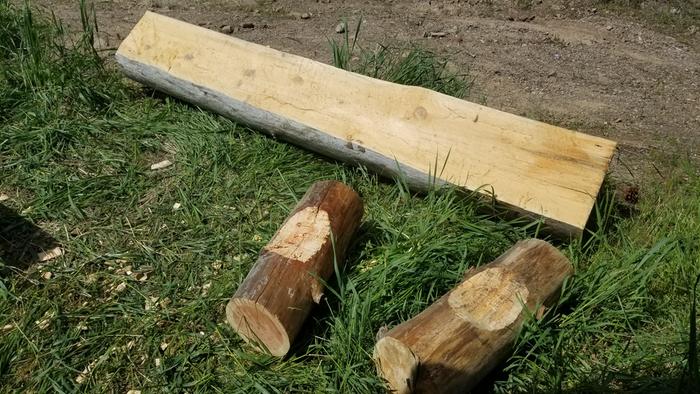 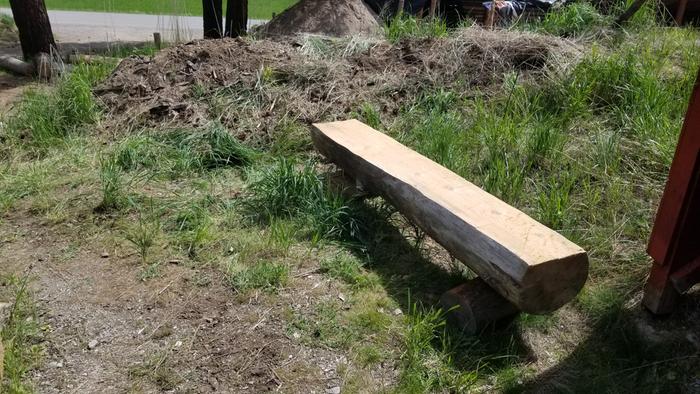 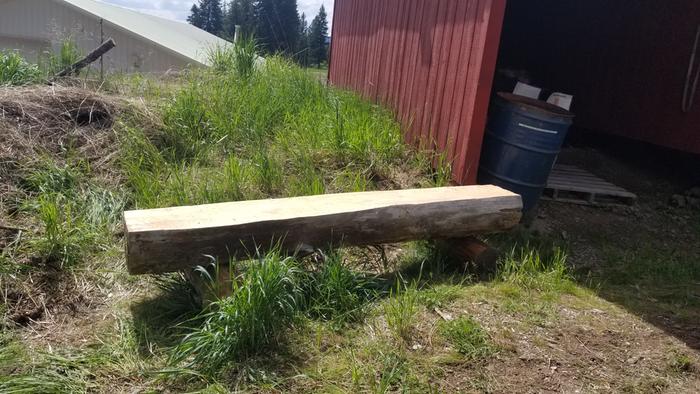 I hereby certify that this Badge Bit is completed!

posted 1 year ago
Welp. Learned a thing or two on this albatross.

I used the logs from the woodland care bb’s. Next time i’ll Be a little more selective.

Also, I tried to get fancy in the joints and worked a little above my current skill level. Not a perfect fit, but I think it’ll work.

Also, this cedar bark kind of just flakes off in stringy bits. 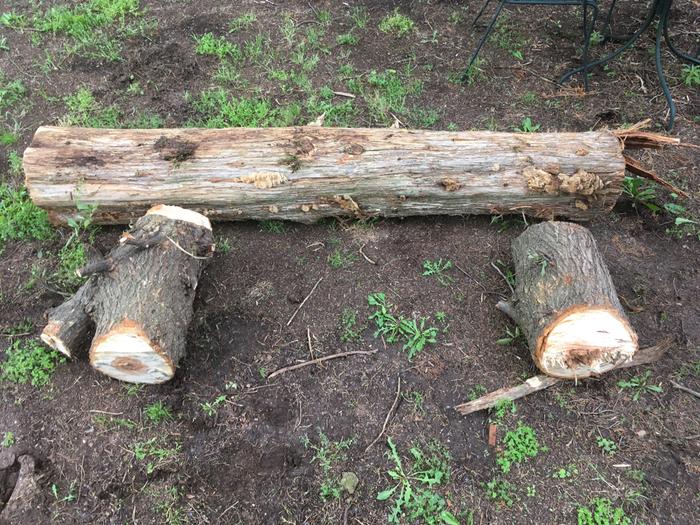 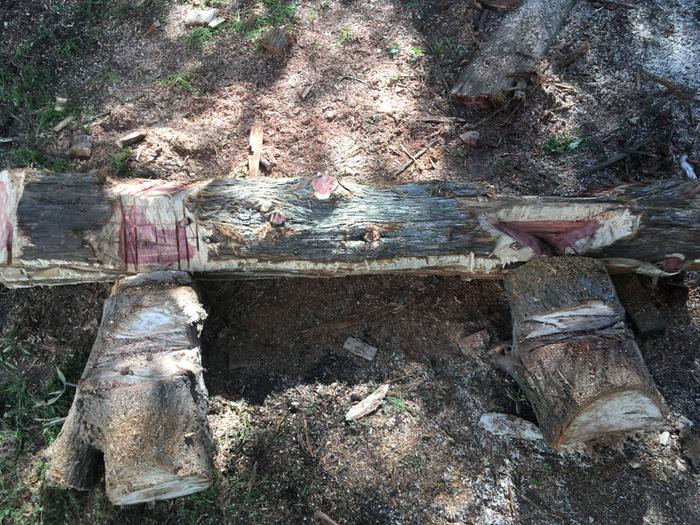 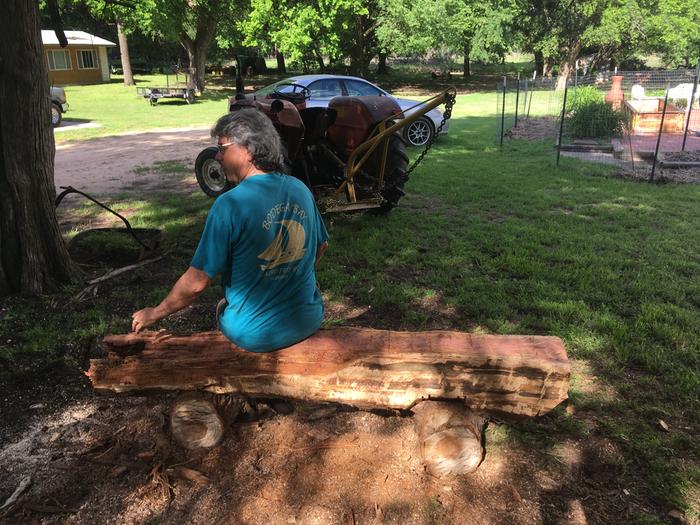 "Better than any argument is to rise at dawn and pick dew-wet red berries in a cup." - Wendell Berry

posted 1 year ago
I hate to ask this, but is it 7 feet long?

Nicole Alderman wrote:I hate to ask this, but is it 7 feet long?

I was pretty unhappy with it anyway. So I scrapped the seat log and fetched another, and also worked on the saddle joints on the legs some.

The new seat had a great stump end that flares out on one side and flattens out at the top, so I tapered the seat cut to rise to that flattened stump. Kind of an ergonomic, function follows form sort of thing. Is that okay? Or too much of a deviation from the specs?

Also, I got my chain sharpening but done too in the process. Wahoo! 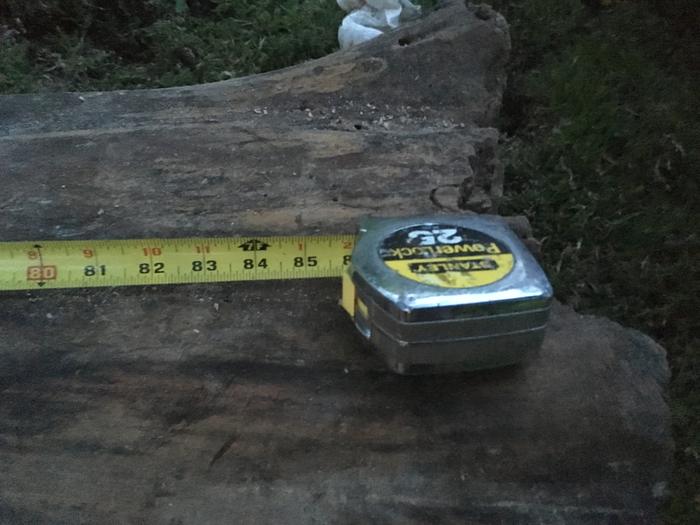 "Better than any argument is to rise at dawn and pick dew-wet red berries in a cup." - Wendell Berry

I certify that the badge bit is complete! Yay!!

posted 1 year ago
My three log bench used such a knotty/curved big log, and is set on a hill at the end of a hugelkultur/berm... made it interesting to carve. The top is almost all hand done with adze, mallet and a 2” wood chisel.

The model in the third pic, Jeremy, was holding the tape measure to show height (hopefully), and the Duke earlier said he figured out where his comfy spot on the bench is... so, alpha trials went well! 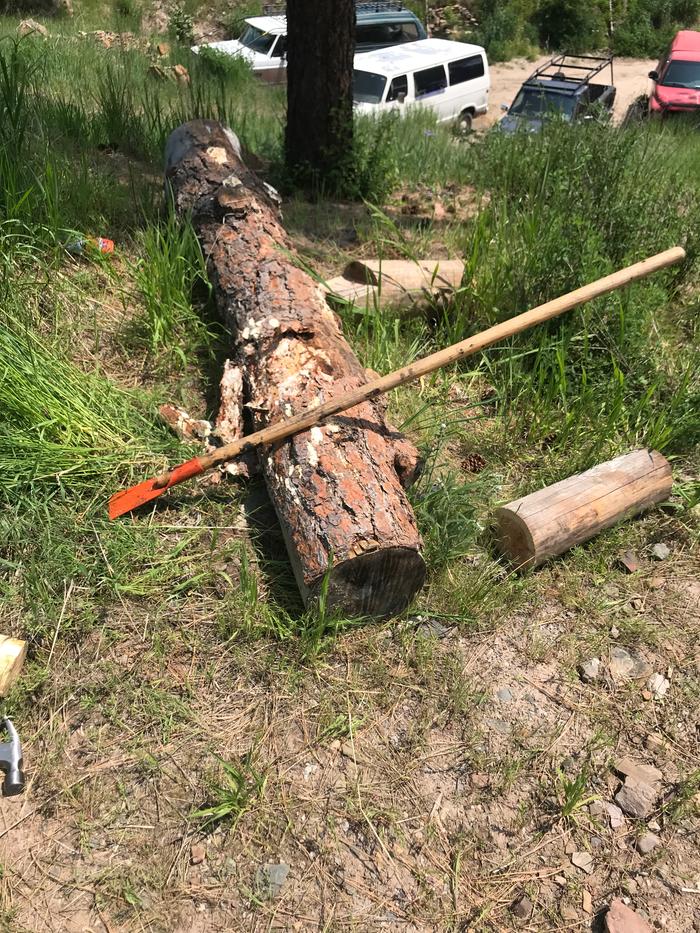 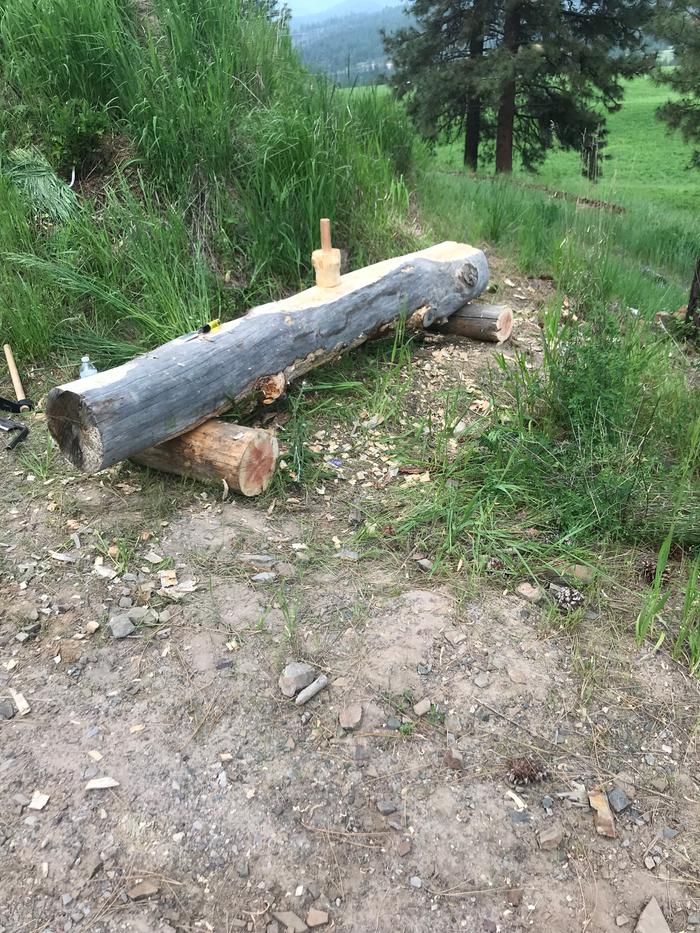 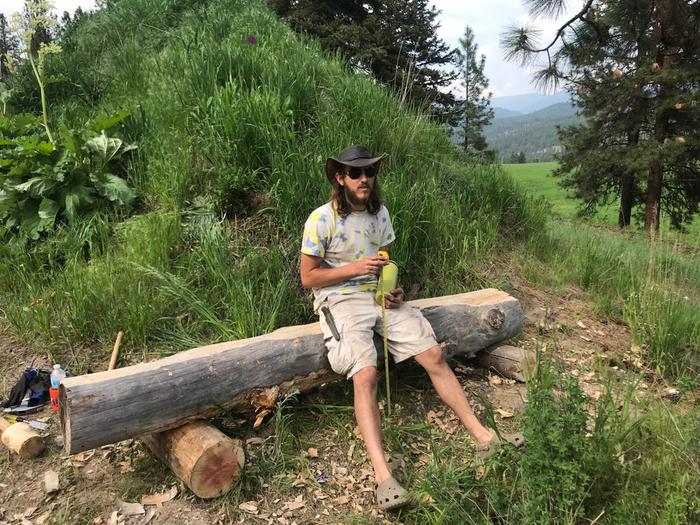 I certify that the badge bit is complete!

Jeremy Butler
Posts: 73
Location: Ant Village
72
posted 1 year ago
Here's my three log bench. I used a broad axe to flatten the top. I scribed the saddle notch with a block and pencil. I used a bowl adze to shape one of the saddle notches and a chainsaw to shape the other.
IMG_20190526_153720.jpg 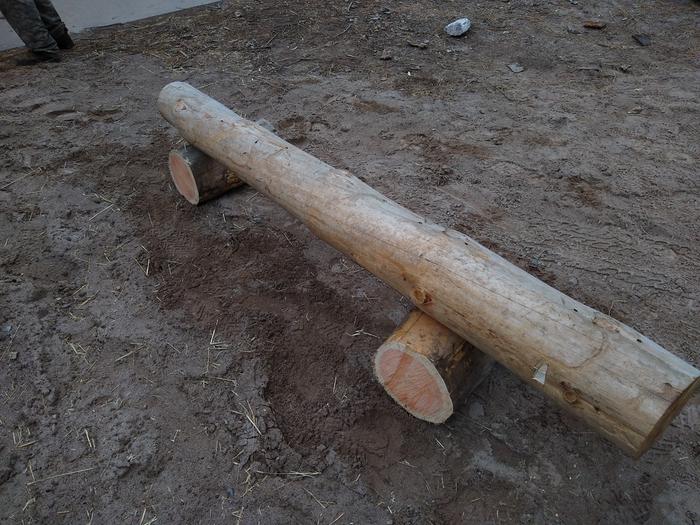 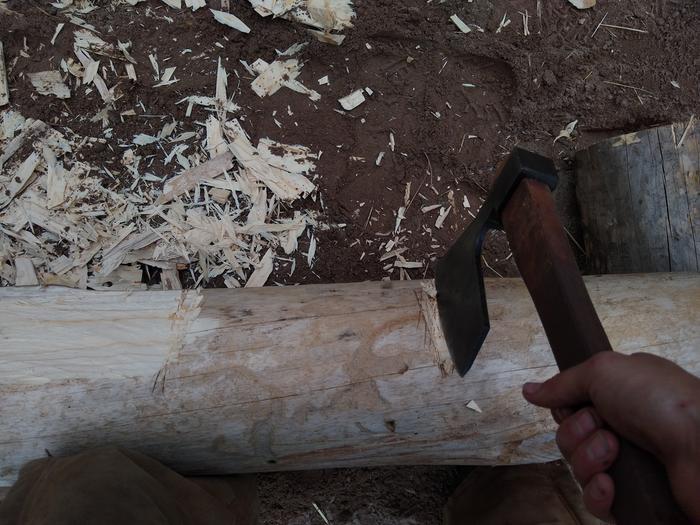 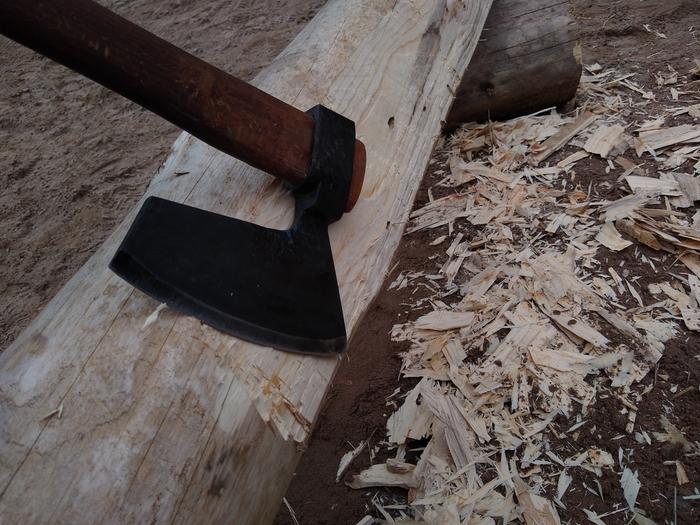 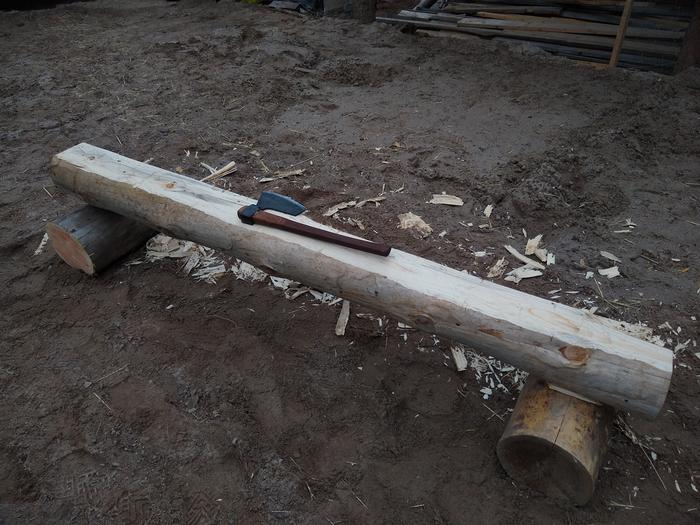 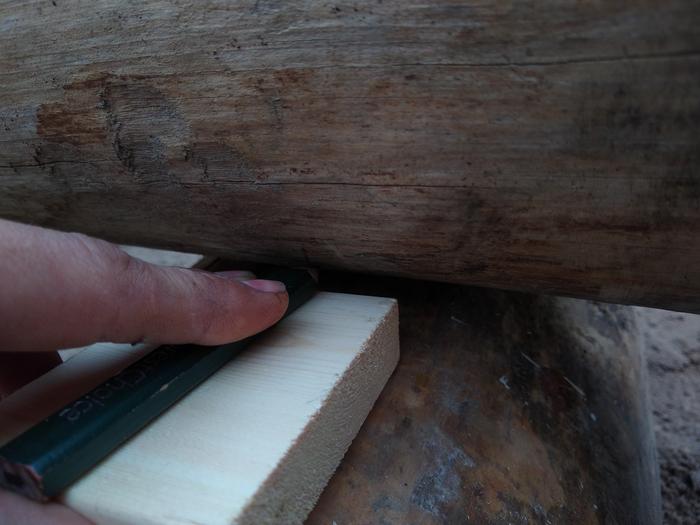 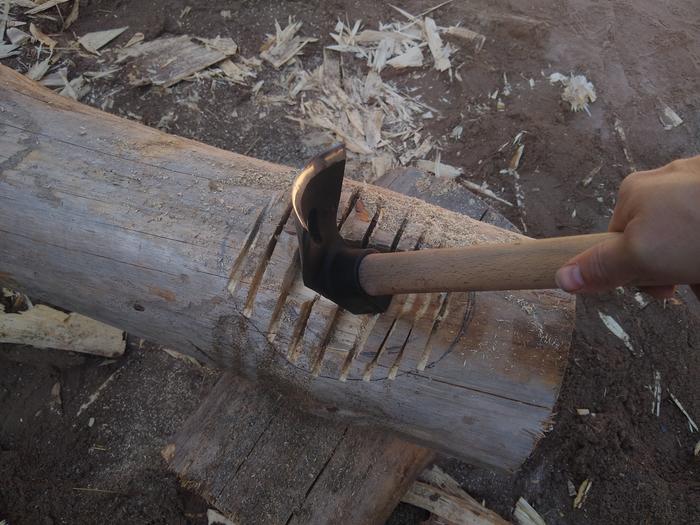 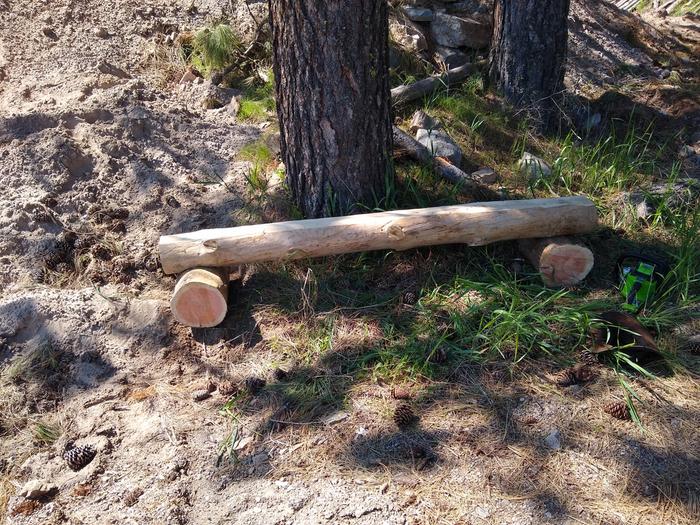 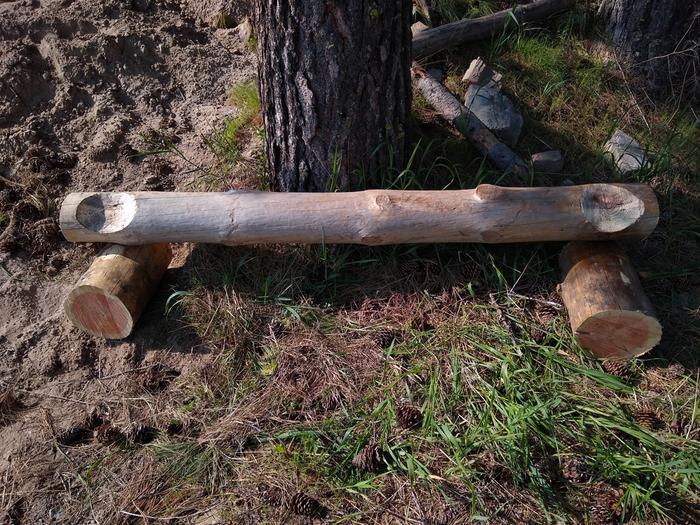 I certify that the badge bit is complete!

posted 1 year ago
Some nice benches here. I'm not sure what timbers people have been using, but I have had a lot of success splitting trunks down their length using multiple wedges and a sledge hammer. In our woods the chestnut and oak splits beautifully. I made a pair of benches, but not following the BB guidelines, so will come back to that later. I have also been freehand chainsawing logs down their length, making crude boards and half logs - they would be perfect for this.

I see that the BB requires 7ft, and that various people have commented on that length. For the spot where I need to build benches - around our base camp fire in the woods - 7ft is way too long. I'd be building two 5ft if I wasn't considering it as evidence for the BB. And a 7ft half round is bloody heavy.