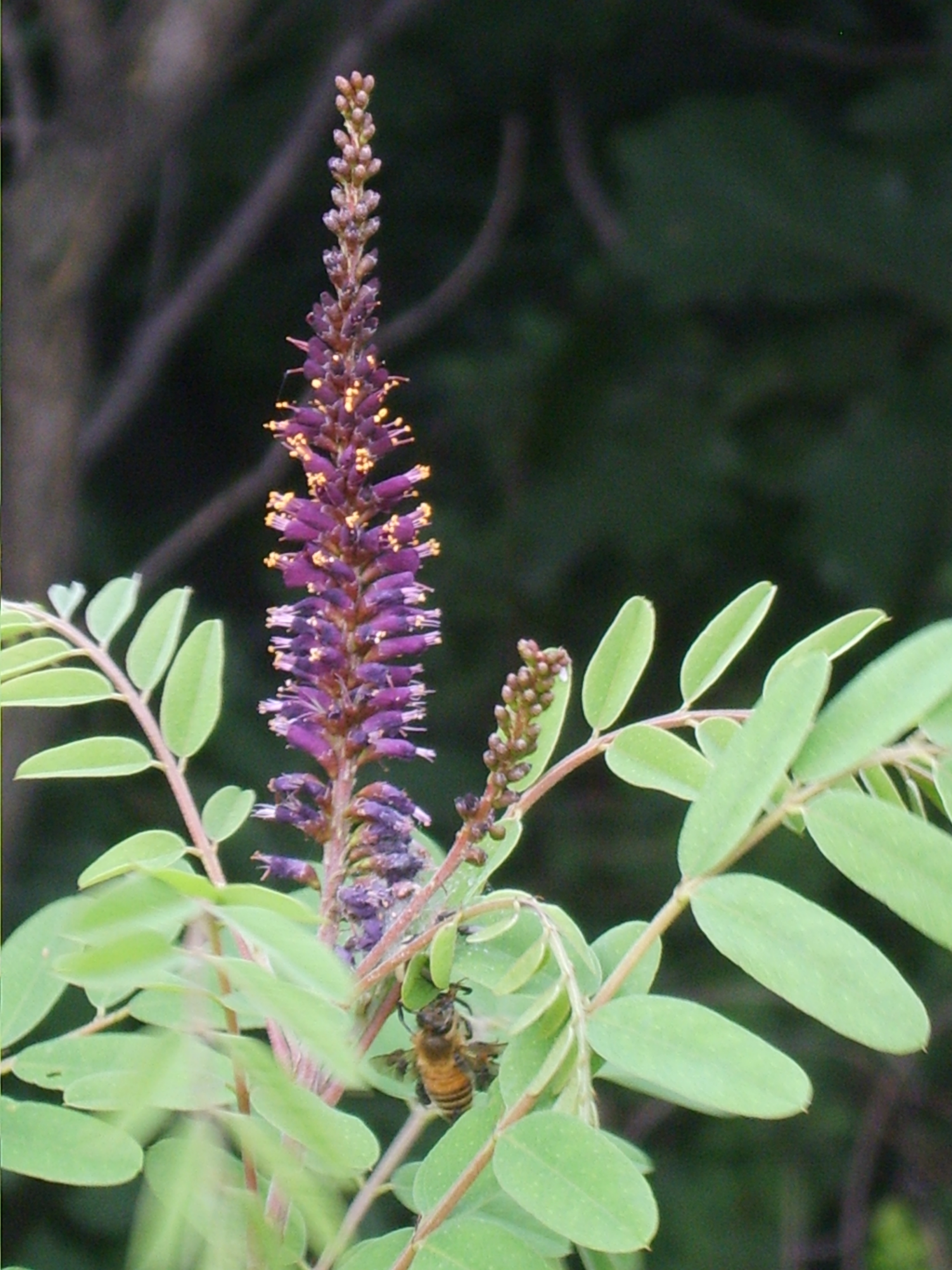 I've heard some great things about the nitrogen fixation and nectary properties of false indigo...I bought seeds but it looks like there are two completely different species. I hear guys like Eric Toensmeier talk more about Amorpha Nana but Baptisia seems more common. Anyone have experience with both of these plants?
show more
6 years ago
wheaton laboratories
Integrating a pond into a backyard swale
Hey all!

Just closed on my new house and am super excited about starting some minor earthworks! The backyard has a gentle grade towards the house and my plan is install a swale about 2/3 up the hill near the back of the yard. I'm imagining the spillway of the swale overflow directly into the pond with fish and edible aquatic plants and then the overflow the pond screened and spread down the hill from there. The other option is to make the pond part of the swale itself and have the pond fill up FIRST in a rain event and then back fill the swale with the fish water. Thoughts?
show more
6 years ago
permaculture
Volunteering at Tropical Permaculture Research Farm in Barbados
Hey all,

I am planning on volunteering at the Caribbean Permaculture Research Institute in February and wanted to encourage anyone also interested to reach out to them. I don't know how many other volunteers I will be working with but I figure it would be good to know someone else who is volunteering then. The 16 acre site was only recently acquired so right now there is just a basic building and some swales on site now. Food is provided but there is campground only. Here is the link to the website if you're interested.

http://www.cpribarbados.com/
show more
7 years ago
permaculture
Why doesn't Paul like biochar in cold climates?
I'm listening to Paul on a podcast and he's mentioning how biochar is appropriate for tropical soils because otherwise the wood decomposes quickly and in colder climates you can just bury wood for a similar effect. But does that mean uncharred wood has the same microbial carrying capacity as biochar? I thought the whole idea of the charring process was not just to preserve the carbon but also to create all that surface area.
show more
7 years ago
biochar
Do you store tubers/roots in the ground or inside?
Hey guys,

Just got a few roots/tubers in the mail, groundnut, chinese artichoke, and camas...Eric Toensmeier would be proud! Anyway its getting pretty cold here in Tennessee and I'm not sure what to do with them. I actually planted some in pots indoors to see if they will grow over the winter but I suppose it's only natural that they are stored outside in the soil so that they can begin growing in the spring? I think this is a pretty easy answer but I don't do much planting this time of year and want to make sure its okay. Thanks!

show more
7 years ago
permaculture
How to use Google Earth to map your farms permaculture zones
I prefer Apple Maps because I find the level of detail and definition to be surprisingly higher than Google Earth. The 3D is really, really good too. It doesn't do terrain or many different overlay options but I think it's worth checking out if you have iOS
show more
7 years ago
permaculture
Fruit Flies As Chicken Food
NOTE to Moderators: Please remove my post if this is considered spam!

I am considering developing a product that is essentially a kitchen bin for food scraps but also doubles as a fruit fly catcher. It will be designed for easy harvesting of the dead fruit flies for use as frog, fish, or chicken food. I can't go into detail about how it kills the fruit flies since it's proprietary but it doesn't use chemicals and the dead fruit flies will be free organic fish/frog/chicken food. My question to you is, is this something that you think would actually be useful? Can you see people actually paying money for this product? I am not even sure if chickens will eat dead fruit flies so any input you have would be really useful. Thanks in advance!
show more
7 years ago
chickens
How are we actually defining "Pattern"
I hear the word "Pattern" used a lot in permaculture in a way the goes beyond talking about dendritic branches, spirals, and tessellations. I've heard permaculture authors and instructors use the word pattern to seemingly describe anything. A tree with some shrubs around it is a pattern, a pond is a pattern, the wind is a pattern. I think I have a firm understanding of the holistic permaculture design approach but I haven't been able to wrap my head around why we are defining pattern so broadly and how it applies to permaculture design directly. Can anyone shed any light on this?

show more
7 years ago
permaculture
Does pruning encourage root growth or root decay?
Thanks Terri, that makes sense now. Would this hold true for things like coppicing or when you cut raspberry canes down to the ground? It seems to me like when you cut off ALL of the above ground parts of some plants they will actually re-grow to their original size much quicker than before. They must not get rid of as much of their below ground parts

Terri Matthews wrote:According to one rancher, when the corn eats the top of the grass then the grass drops off some of the roots, as the newly shortened plant no longer needs this much root. So the roots are not being lost to diseases or anything, instead the plant is doing it for the plants' own benefit.

He made it sound like cut and come again greens: I pick a fistful of leaves ans the plant grows the leaves back again. The plant that produces the greens does not get weaker at all: it just grows more slowly than the plant I did not give a "haircut" to. I think the roots do the same thing.

AFTER the plants has gotten rid of the roots of course they will decay, as those roots are no longer alive.

Thanks, this was my understanding as well. My confusion comes with the one line you said about the plant that was growing more slowly due to pruning off the leaves/branches. I've heard people say that pruning the plant actually sends energy that would have been directed towards maintaining that part of the plant now can be used to grow even MORE roots and make the plant better off for it. Although I assume you have to do this at certain times of the growing season.

MAYBE what people mean is that if you prune your perennials right before spring you allow for really strong new growth because the plant has this big root system and not a lot of above ground parts so it produces really healthy growth? And then conversely if you prune a perennial in the middle of the growing season, whether it's a nitrogen fixer, fruit tree, whatever, it actually drops off it's roots to match it's above ground parts?

I think this is an important thing to get right because we want to find that sweet spot where we can harvest a lot from our plants by way of leaves, fruits, flowers, stalks, etc but time it right so that we encourage the plant to grow even stronger the next season.
show more
7 years ago
permaculture