Thesis ideas
I think it would be very useful to get and publish some data on the evidence for permaculture. I wanted to include permaculture in a model my PhD, and did a tour of PC farms, but couldn't include it in the end as there was no data. You'd have to pick a few aspects, rather than everything. Actually, an undergrad thesis is probably too short. I've been suggesting a wiki for people to post their own data, but i got overruled by academics who wanted a journal.
show more
10 months ago
science and research 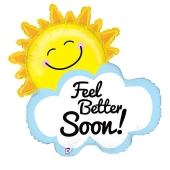 2nd round of vaccine—side effects but worth it
Too late for you guys, but they now think that getting a different vaccine for the second shot helps, and theres a trial on for that in UK.
show more
10 months ago
meaningless drivel

is "permaculture farm" an oxymoron?
Thanks Paul for raising this - it's taken me a while to read the thread. I've had issues with this oxymoron myself, though I might not have been brave enough to name it!

The way I learned permaculture was as a sustainable food production system which was achieved by being a closed system and living within the energy budget of the site. If you want to close the system as a farm you would need to create a huge system that traced the nutrients lost off site and rerouted the waste products back to site. Doesn't seem likely to be possible and don't know that it would seem like permaculture if it were.

I also see principles such as 'return the surplus', which isn't compatible with farming - the produce is the surplus.

Another 'principle' which has disturbed me is 'obtain a yield' which is extremely vague for something so important. It would be good to be real about it if we're holding permaculture up as being useful for food security. How many could it provide food security for?

I suspect most western lifestyles would require more land than would be possible to support current populations. If we're going to grow our own biodiesel, which is an impressive achievement, how much land do we need per person? When I've talked to permaculturists about this sort of thing they say, permaculture is sustainable at the household level but that our current population is unsustainable.
show more
2 years ago
permaculture

Can I convert a Greenhouse to a house
I visited a brilliant example of something like this called a life bubble. The idea is you live in a cave and build a greenhouse off it. So the cave has a big open entrance into the greenhouse and most of your living space is in the cave but your bathroom and kitchen are in the greenhouse. All the grey water gets used in the greenhouse and it grows all your food. You have lots of large leaved plants like bananas which provide shade and the GH can be vented at the top. To my amazement it was a very comfortable temperature inside, but it was in a subtropical climate (Queensland). The guy had been living in it for 16 years.

Cheers,
Rowan
show more
3 years ago
greenhouses
Conservation investment project: business partners sought
Thanks Anna, that's great. Would you like me to send you the business plan?

The financial management may require licences in some jurisdictions because it involves handling investments for other people and holding funds in trust. The web development involves database programming to run a decision support system. Can you guys do these sorts of things?

I'm finishing off my PhD at the moment and won't be able to get back to working on this till the end of the year. I'd need to start finding suppliers of reserves to get it going and figure out which geographic locations and jurisdictions would be possible to start operating. Then it will need a marketing person too.

Great to hear from you. Hope we can work something out.

Cheers,
Rowan
show more
5 years ago
projects
Conservation investment project: business partners sought
Hi, I've been thinking for a long time about providing a service for people interested in investing in private reserves internationally. At the moment if you're interested in buying a reserve there is no way to find something that best meets your conservation objectives (eg rainforests, tiger habitat, primary forest) or aims to provide best conservation value/$. And there's nothing for small investors - you have to buy the whole reserve yourself.

I have a business plan but it would need three areas on knowledge which I don't have: legals (to set up land trusts), financial management and web development. I can provide the conservation prioritisation.

I don't have money to pay people up front. I'd like to find people willing to get involved as partners, but I think it could provide an income in a couple of years, if we get it going. And it wouldn't require a lot of time at first.

I'd be interested to know what people think. How should I go about finding people for this? Thanks for any suggestions.
show more
5 years ago
projects 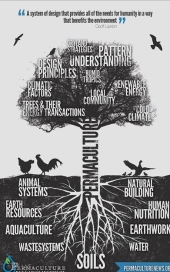 The problem with permaculture...
Rufus pretty much summed up the issue I'm grappling with. So permaculture aims to meet our needs sustainably, but half the human population relies on bulk calories delivered to the supermarket. So what can be sustained using PC is a much smaller population and the transition is a nightmare for humans and wildlife.

But where I feel there is a gap between theory and action is in how much of the Earth's resources do we appropriate for ourselves in permaculture. Globally there's 0.2 hectares per person of arable land (that's 0.5 acre). If we appropriate more land than that, or occupy that land and are inefficient in converting incoming energy into food energy, then there is less to go around, either for nature or other humans. If we have larger properties and set aside anything in excess of 0.2ha/person for nature then that's a value choice, that we're valuing nature over people. If we appropriate more for our own use, similarly, that's valuing ourselves over nature and other people.

Bill Mollison characterises permaculture as using "the inherent qualities of plants and animals combined with the natural characteristics of landscapes and structures to produce a life-supporting system for city and country, using the smallest practical area"

This last part often seems lacking in practice. This attitude probably originates here in Australia where people tend to have large tracts of land and you often can't subdivide below, say, 40ha. And the last state to allow land-sharing has just stopped allowing it.

It does seem inherent in the intersection of the three ethics that we'll be concerned about the impacts of our choices on others and on nature, but this doesn't necessarily translate into concern about the off-site implications of our land-use efficiency in terms of energy productivity (and nature productivity - if there is such a thing!).
show more
5 years ago
permaculture
Downsides of Living Rural
I've tried rural living a couple of times - once in my 20s and once in my 40s and I just can't do it. It's so lonely and isolated and I really miss the collective purpose and camaraderie of professional work. I wish there were a way to do collective permaculture in a location which isn't remote, but that just doesn't happen, at least not in Australia. I get the impression that most permies are north americans and that the culture is much more rugged individualist and people are happy to live alone or just with their nuclear family, but I haven't been able to make it work for me. I lasted 3 years each time. Any suggestions appreciated!
show more
5 years ago
rural

PC word cloud
Hi, I did a PC word cloud from some PC pages I found like the table of contents of the design manual, if anyone wants to use it.
show more
5 years ago
pdc artifacts