Co-opting the PUD (Planned Unit Development)
Hi, and yes in Michigan you can set up a PUD.  But the county can change its mind about something in your pud plans, after everyone and everything is in place, and you are out of luck. Our community has issues and have to pay fines (read extortion) to the county all the time. HOAs can play their little games, but the powers that be run the show. So be careful, and run for county commissioner if you want to be left alone.
show more
6 hours ago
city repair

Doubting humanity and purpose...
Hi,  I don't have the same worldview as you. I don't doubt humanity because I think everyone is inherently evil. It's just some of us try to do good, but our best is like used tampons. I also think the creator of the universe made each of us for His purpose. We can find that purpose and do it, or not.

The ancient scrolls tell us God gave humanity "dominion" over the earth, meaning to be caretakers. So I do what I can with what I have because He wants me to not because of climate change. Since climate change is not my religion I also listen to other scientists with different data which tells me the earth isn't going to end in 12 years. (Funny but every year the earth is going to end in 12 years. Yet it never does.)The climate changes but man has minimal impact on global warming. In the 70's co2 was causing an ice age and we were all going to die. As a child back then I was frightened every winter I was going to die, but I didn't. Now its global warming. How can two opposing things be correct? Only in a religion I guess.

Still I take care of what God has given to me. I also try not to buy things from companies that poison the earth and its waters.

So my faith in God gives me the strength to carry on with my care taking, and I am at peace.

I generally read spiritual books while waiting, which is fullfiling and uplifting for me. Sometimes I listened to music on the phone. Right now, because of covid we drive 3 hrs to the doctor and have to wait in the truck because they are afraid of the virus I guess, so we are blessed and play worship music, hold hands, and sing. Waitiing isn't fun, and the scary bad reports we praise god for anyway and it helps.

show more
3 days ago
personal challenges
Greetings from the last stop before nowhere
Hello from the Tip of the Mitt.

It looks like God may have sent you this way for a little knowledge. There is plenty here. My wife and I are close to finishing our race and learned a few things on the way, so here are some words of wisdom - hopefully :)

If I try to concentrate on, and fix everything, nothing gets done.
Find your most important need and work on it together.   Our main concerns were water, inexpensive heat and electricity, and food. Then gardening and last buildings for animals.  (The Rocket heter forum is quite informative about heat and I wish I knew about Rocket Mass Heaters way back then. It would have kept me from splitting and burning so much wood.)

Because of covid we have scarcity, and because the govt. has printed 19 trillion dollars we have inflation.  So buy today the items you know you will need in the future. Buying intrinsic tangible items  tpday is a hedge against inflation. For instance my trees are not good for building so we bought lumber last January as a hedge. Wood has now doubled and tripled it's price. We will begin buildin soon.Food prices have increased by 12% and are expected to go up 25%. so what we cannot grow we buy for future use.

God bless you in your search for knowledge.
show more
3 days ago
introductions 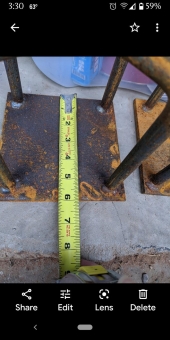 pier and footing question
Hi,  I made my box footings with steel in both directions. There was wood 1x1 over top of the form with wire over them to suspend the rebar. The tubes were placed in the middle of the form on top of the rebar with rebar vertical in the tubes.  I had to wheelbarrow the concrete and shovel it into the tubes.
show more
2 weeks ago
roundwood and timber framing
small farms good
Hi, This gives me another reason why we donate animals and seeds overseas, alleviating the worst aspects of hunger being our chief concern.

Love your neighbor as yourself.
show more
3 weeks ago
small farm

Suggestions for wood shelter solo build?
Hi Sonja, Flat brick is good for a base so long as it is true brick and not a cinder block type of brick. They tend to become a pile of pieces after some freeze thaw cycles. Water gets into the block and freezes. As it expands it can break the cinder block apart.

You will want to build the frame on the ground and lift it in place. 2x4s 2 feet on center should be strong enough if you are nailing slats to them. You could make the back wall in 2 pieces for ease of control while lifting. I would use 2x4s for the top and bottom plates of each wall. my flooring would be wooden slats set on blocks to facilitate air flow. For the top 2x4 on the open side make sure the 4 inch side is vertical for strength. 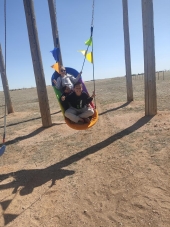 Lumber shortage leads to question on use
Hi Elle, if you make your own beam there are a couple of things you need to be aware of. There are some glues and construction adhesives not made for joists or beams. Also screws have a low shear strength and I would use primarily nails for the strength, the screws to pull the wood together should be grk-rss screws.

How to solve the Affordable Housing Crisis
Hi, Your title is affordable housing crisis, and I ask affordable to whom? I'm not trying to rain on your parade, and there is no but here. Lets look at affordable housing in a different manner. I have friends from 146 different countries and most of them do not think we have an affordable housing crisis. To them we have a covetousness and greediness crisis. If a person makes a certain amount of dollars he can afford b dollars, yet he wants c,d,e,f,g,h...dollars and since he cannot afford all and everything it is called a crisis, most of my friends do not see it as a crisis. We here in America are actually wealthy even if we live in a 100 sq foot apartment. I ask why the landlords get to charge $1200.00 for that apartment and why do the taxpayers have to pay to help someone live there to support the greed of the land owner in certain cities?

I think what you really are asking is how to make houses better, for less money. I agree that the country is diverse in climate and topography and bugs. Every place should be allowed to devise what the bare minimum requirements are for themselves instead of a central government demanding what and how you have to build, which would make some things less expensive. We would also have more alternative shelters to live in. Did you know that Frank Lloyd Wright had an extreme amount of trouble getting his structures built because they didn't meat code. A small group of 300 people could alter local control over central control. Look up R.E.S.U.L.T.S. pac. 200 volunteers had the 2nd greatest influence in the US, and changed things in govt" because of the tactics they used. Maybe a Permies pac could do the same to make housing less expensive. If we are willing to put in the effort to change the mindset of the nation it can be done. Be persistent and it will take years, but finding the best building practices from around the world and having them introduced in the US means going against many of the people with money and power.
show more
1 month ago
natural building
Anyone use a vibration tool to help get soil to settle when building?
Hi, very interesting. The headline made me think of the vibrating compactor used for pavers. Then after reading the post I think about the vibrating rods used for cement walls when building. Its round, long, and might work if you can find one to rent. You might try putting sticks out of the mound as you pour dirt in and put a sander on it and it will vibrate a little. Don't know if it will work though.
show more
1 month ago
hugelkultur