Growing Watermelons
Thank you, Ralph!! That is very encouraging. :) (ETA: Right after I typed this I went out to check the vines and found 3 female flowers with tiny tiny watermelons on them! Yay!)
show more
7 months ago
gardening for beginners

Growing Watermelons
I'm growing watermelons in zone 8b for the first time this year as well, and I've been watering them but now I'm wondering if that's something I should stop doing. I have strong and healthy looking vines and lots of male flowers, but no female flowers at all. I read that the female flowers will come along eventually after the male flowers, but it's been more than a little bit of time and I'm wondering if the watering might be hindering fruit set?
show more
7 months ago
gardening for beginners
Failed first try for warm blue oyster mushrooms
Thanks, Daniel! I'm almost certain the straw was too wet. We're definitely trying again sometime this month. I appreciate it!

Sheet mulching - Time of Year?
We also live in a hot climate, and we've sheet mulched at various times of the year with no trouble related to what season it may have been. As Catie said, the best time is basically a few months before planting -- we sheet mulched some hastily prepared beds this spring and planted them immediately, and while we had no problems with germination and (overly) lush growth, the plants have struggled w/ fruiting and ripening in those beds, and my guess is because there was no time for it all to chill out and breakdown and for microbes to do the microbe dance (<---not quite science). We were prepared for that possibility though, so no problem. Plenty to compost, and some things worked out, like squash and cowpeas.

We're planning to sheet mulch a good sized piece of the yard this month though in preparation for planting in September, and we always water it in right after we're done layering everything, but then we'll probably only water it a bit every once in a while after that until we plant. 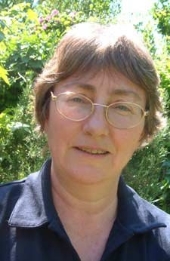 Here are some pictures. We're composting these this weekend - there's still been no sign of any change whatsoever. If we get done with other projects this Saturday we may try mushrooms again Sunday.

show more
7 months ago
fungi
Failed first try for warm blue oyster mushrooms
This is a new thing for us, and while this first try has had zero results, we are undaunted.

Per instruction gleaned from various sources, mostly Tradd Cotter's book/site, we pasteurized wheat straw that we had on hand and shredded with the lawnmower. We let it pasteurize on the rocket stove outside for an hour or two, then let it cool, squeezed out the excess moisture, inoculated it with a handful or two of purchased sawdust spawn, packed it into three 1 gallon plastic buckets w/ holes drilled in them, and set them to colonize in a cool (approx 73-74 degrees) dark space in the house. After 14 days mycelium run was present but spotty - there were big patches where we couldn't see any at all...so we let it go another week....I'd read it can possibly take 21 days for full colonization. However, after 21 days, there wasn't any more mycelium growth, but there were yellow spots which I believe is mycelium "waste" and a sign that we waited too long. We tried fruiting in a shotgun fruiting chamber outside away from direct sun w/ plenty of humidity/ventilation and no warmer than 85 degrees at that point, but no pinning, no nothing after 5 days. :( No visible signs of mold or anything, so I feel like the straw was well pasteurized, but very patchy mycelium and of course, no mushrooms.

I have a few guesses at what went wrong - I can see a lot of condensed moisture inside the buckets, so I feel like maybe the straw was too wet. I also wonder if we needed to put drain holes in the bottom of the buckets. And I'm wondering if the buckets themselves aren't ideal for some reason (thought I can't really think of why)...so our next go round we plan to do some experimenting with making sure the straw is well wrung out, punching some holes in the bottom of a bucket, having one bucket just like before, and then using a plastic bag and making a straw brick, and seeing if any of these variables make a difference.

Input is totally welcome! Thanks, y'all! I'll try to post some pictures later today.

S
show more
7 months ago
fungi
Another Howdy from Texas. :)
Hey y'all!

Suburban permies from Texas checking in! Spouse has a PDC, and we've both been all about all things homesteady and permaculturey for a long while, but we moved around so much in our 20s and 30s we never had a chance to put down any roots until recently...though we did have several great gardening opportunities in a variety of places.

This is the third year in our (more or less) "settled down" place; we have approx 1/3 of an acre corner lot with the house kind of unusually placed on the lot, creating a rather large front yard and oblong back yard. Clay soil and a sea of lawn to turn into an oasis of groceries and joy. It will just take, you know, a wee bit of time to do that.

AND NOW...I will regale you with a lengthy and nigh obsessive description of our progress, which we have tried hard to keep in check with family and friends who maybe don't want to hear us go on and on about mycelium, squash vine borers, and cowpeas.

The first two years were spent doing some structural things (fixing old fencing and building a retaining wall with lots of generous help from a neighbor), and planting perennials like fruit trees (fig, olive, lime, 2 plums, and an anaqua [a local shade tree that also bears edible fruit]) and some pollinator/desert/native/decorative front border beds, which will also function to lower the visual impact of the more edible gardening we plan to eventually do in the front yard (we don't have an HOA to contend with about it but we want to be conscious about it). Earlier this year we finally started the official veggie and herb beds.

Our veggie beds were put together a little hastily -- we were planning to do just one or two beds now and more in the fall, but the pandemic moved things up a bit for a few different reasons. So we have a straw bale raised bed, a non-straw bale raised herb bed, and a few sheet mulched beds. We're in the "do a lot of different things and make plenty of mistakes and figure out what works here" stage really, so this season is mostly about learning, celebrating when we get veggies at all, and the understated but to me limitless value of zen-like "watching the garden grow" time. Despite a litany of things that haven't gone well (stunted corn, non-fruiting pole beans, non-ripening peppers and tomatoes), there are things that have -- we battled a wave of squash vine borers and the summer squash is still producing, the cowpeas look great, the perennial Mediterranean herb bed is flourishing, and I have a jar of pickling cucumbers fermenting on the counter (not my first time fermenting, but first time fermenting cucumber pickles that I grew myself, so that feels awesome). We're crossing our fingers for some watermelons this summer -- the vines have taken off.

We've also kicked our homesteading skill-building into overdrive, and we've started trying to grow oyster mushrooms (first attempt a spectacular failure...second try here in a week or two), built a rocket stove, reinvigorated our love for sourdough, and are working on our first hot compost pile right now. We have a few barrels of rainwater set up for collection and plans to expand that. Other projects on the horizon include worm composting, installing a clay-pot irrigation system in the veggie beds, and of course expanding the veggie beds out and working on growing staples. We want to get very serious about seed-saving going forward, and we're super excited about landrace gardening, which we only just recently became aware of.

Glad to be here and look forward to learning more!