$5000 House on the High Plains Challenge
Well my great great grandparents lived in a dugout sod house out near the Kansas Colorado border in the 30's. they never complained about any trouble with the wind. they did have a few things to say about small leaks and bugs and such... But I'm sure that with pond liners we have today it would be a good cheap option to seal out 'pest'

I'm guessing your just trying to make something that's "near miss proof"? Even a in-ground home could be damaged by a direct hit unless it had some serious earth over it (good bye windows).
show more
7 months ago
natural building 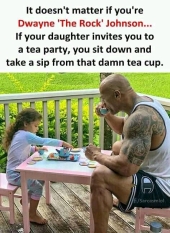 Abe Coley wrote:Also building construction when the foundations are being dug. Basically any time you see an excavator at work, wait for them to stop or take a break, and ask. Just don't try to ask them while they are running the excavator, yelling and waving your arms or whatever, they hate that.

when I lived in a area in the past that wasn't plagued with rocks. This was my favorite method. worst case they say no. best case they tell you to hurry and bring your pickup.
show more
7 months ago
stone work 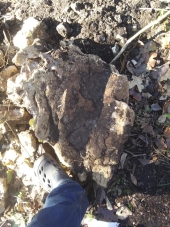 Graham Chiu wrote:Why not just add another storey to get the extra space?

Well I'm building this with raw red cedar timber poles. And I'm limited to how many I have that would support a 2th floor and the earth roof. And I'm trying to avoid vertical joints. I never done vertical joints with peg and beam. And I'm not totaly confident in my joint notching abilities for vertical post to be honest.

My cob at first is going to be more of a thin non-load bearing siding on my walls. Much like lathe and plaster. *edit* so the post how im planting will almost be free standing. Only tied in by the roof beams

I have given it a good bit of thought while diging out boulders with my pickaxe today, about adding another full floor and making it a "tower house" with a lesser pitch but I'm unsure.


If moss is happy in your environment, I would focus my efforts there. It can grow on vertical surfaces without much grip, if there is enough moisture and not too much sun...

But... how to keep sliding snow from ripping it off the roof? Retaining snow seems kind of counter to the purpose of a steep roof, but perhaps necessary to retain moss..

This isn't going to do much for thermal mass in the roof. Frankly I think this is better addressed inside the building unless you reconsider the pitch...

I have thought about the moss. I have a friend that did a hunting cabin with a moss cover on the roof. But I agree that there isn't much insulation added on it's own.

That's the only turn off I have with moss. It grows all over my woodlots. so I'm sure that it wouldn't be hard to get a cover going if I wanted to.

That's some good stuff. lots of links! thanks!

Good idea about the rocks. that might work. rocks wouldn't move much I don't suppose if they where held down. I could have sworn I seen something about rocks before but in the context they had it laid out it made no sense to me.  And I don't know why but I never even thought of evergreens... You just shook my world. I have only been thinking of grass like plants until now!

Steep pitched living roof.
Hello all! another forum stalker coming out of the woodwork here.

So making a long story short I'm a single dad trying to start over and build a place for my two kids and my self to live with a very limited budget. I'm making a peg and beam/Hay/cob hybrid. and to top it off... (pun intended!) I want to do a living roof.

I'm wanting a steeper pitch then 35*. which I reading is already hard to contain the soil at this pitch already. I know that anything with a higher pitch will start losing practically. but I'm wanting to get as close to 55* as I can for my loft space. I want the earth roof as I'm told it really helps to keep the roof warm helps lower the amount of insulation you need to add. I need a steeper roof as in the winter time where I live it often times will rain and then drop below freezing at night in the winter, I've been told that a green roof froze over can quickly destroy your roof/house? another one of many reasons I want a green roof is to keep a lower profile when it comes to overhead traffic.

So this being said. I thought of just adding new layers of chicken wire metal/plastic down every year or adding a "ladder" of ripped down trees to help hold the soil down? I also can't find any solid information on what plants could hold up in such a steep pitch.  I'm assuming that with my forest dirt and a steep run off like that would leave me with a rather dry soil. so maybe arid plants?

*side note* I get about 50 inches of rain a year.
Give me some food for thought. I'm starving!