I hope everybody is safe and healthy.

I have a question about earthen plaster over a cinder block wall. Due to the current climate I have to put my initial plans on the back burner and make a plan. I am going to renovate the only building on my property so that it is comfortable for habitation. As far as i can tell it was a stable. But who knows. It is made out of cinder blocks and I reckon that it will make quite a charming garden cottage once I am done with it.

My question is, can earthen plasters be used over a cinder block wall? Clay plaster for the inside and lime for the outside?

Organ Meat - Yay or Nay?
Where I come from the beaks and feet are fried into a crispy snack. Colloquially known as "walkie talkies".

If you try hard enough nothing ends up as "waste".
show more
3 months ago
food choices
Can you earthbag with sustainable materials?
As far as I understand it, the bags only serve the function of holding the material in place while it sets up. Once the material is set, the bags are more or less redundant. Following this logic, I see no problem with using a linen sack that will biodegrade long after the material it is containing has set.

That being said, I have no experience with this and am not a building professional or engineer.
show more
4 months ago
earth bag
the building blocks of a homestead
The current Covid-19 pandemic has thrown a spanner in my works somewhat. Adapting to change is a trait of the survivors so I am formulating a new plan. I have plenty of time to do that because I am stranded in the USA with no way currently of going home to South Africa.

The only structure on my property at the moment is what used to be a stable for horses.
The first order of business will be a rudimentary composting toilet. This will eventually develop into a cozy little light clay straw structure with a shower on one end and the composting loo on the other.
A large, unenclosed part of the stables needs to be dismantled and the materials repurposed elsewhere.
I have municipal water so next up will be replumbing that for use in what will be the kitchen and shower.
A grey water treatment system will be set up at the same time to deal with that by-product.
Initially, the kitchen will be solely outdoors as there is plenty of work to be done on the stables. This means a cob oven as well as a place to cook over an open fire. As progress on the stables moves along a kitchen will be built inside.
On the stables, the roof needs to be raised and the angle increased. The current flat roof is a terrible idea in an area with this much rainfall.
Solar array needs to be set up as their is no grid power. Our grid is so unreliable that I may forego that option from the outset and go straight for renewables.
Rainwater catchment is also vital in this area which is prone to brutal droughts.
Some windows need to be put into the cinder block walls for light and connection to the outdoors.
The whole thing needs a coat of plaster, inside and out. Aesthetics are important to me for quality of life as well as to showcase the beauty of natural materials.
Raised beds will then be put in on top of some extremely compacted soil. Following that a small orchard will be planted on the western side of the clearing.
In due course a lean-to for vehicles as well as a laundry area will be built on the southern (shaded) end.
Once the stable is liveable, cozy and obtaining multiple yields, I will venture further out and start setting up grander scheme ideas for the homestead as a whole as well as siting an area for the main house.

All exciting things coming up. That's if only I can get home. Anybody have a plane that they're not using?
show more
4 months ago
homestead 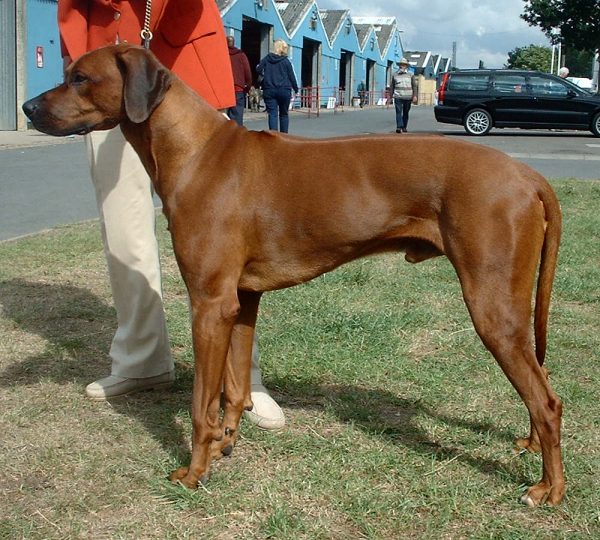 Rhodesian Ridgeback; have you ever taken a look at this dog?
Thanks Su. Having had plenty of experience with these dogs I feel a responsibility to let others know about how to treat them correctly. Others lives may depend on it.
show more
4 months ago
dogs and cats

Rhodesian Ridgeback; have you ever taken a look at this dog?
I grew up with ridgebacks and have had plenty of experience with them as an adult. For what you want a dog for, I would strongly advise against using a ridgeback for this purpose. If brought up right, ridgebacks are giant lap dogs. They are tender, sensitive, confident and incredibly intelligent. They are tremendously loyal which sometimes comes across as aloofness towards strangers. However, strangers that have been welcomed into the pack will eventually be accepted by the dog. They need a confident trainer in their puppy years that will keep things interesting, use positive reinforcement to emphasise a lesson and NEVER use negative reinforcement. As I said before, these dogs are tender and sensitive with their pack. They need a strong leader to look up to within the pack otherwise they will happily assume that role. As these dogs are so smart, if they don't see the point in what you are trying to get them to do they will lose interest in a hurry. Ridgebacks will not chase a ball that you throw for them because whats the point of bringing this thing back to you if you just throw it away again immediately? They should be integrated into family life and they will easily become a core family member that is loyal, at times a goofy couch potato, at times a tireless running partner and always a joy to behold.

Brought up wrong, you will be confronted with the nasty side of the ridgeback. Brought up as a 'guard dog', you will be toying dangerously with the power and instincts of a dog bred to hunt lions. When their aggression does surface, most often due to incorrect upbringing and occasionally due to a real threat to the pack, the dog will not be stopped until either it or the aggressor is dead. If you have not established yourself as the gentle, loved and respected leader of the pack and have made the mistake of attempting to cultivate the 'guard dog' instinct in the animal, you may find yourself on the wrong end of a powerhouse of terror. Besides this obvious danger, mistreated ridgebacks are destructive, very difficult to handle and will have no respect for their handler.

It is my opinion that ridgebacks are the ultimate canine companion. They seamlessly become part of the family as a beautifully packaged parcel of love. If there is a real threat to their pack, they will tear apart whatever the threat is. They are not, however, dogs that should be used to intimidate as they do not bark, growl or show aggression in the usual ways. They calmly and quietly observe the situation from a distance and will only act when they perceive a real threat to the pack, at which point the results will be devastating. Treat these dogs with confidence, tenderness and love and you will have a shadow for life.

I see you are in Morocco. Have you looked into what canines the locals use to safeguard their livestock? This might be a better option for you. The locals will most likely use a local variant of the Africanis, a canine that has evolved alongside humans and their livestock for centuries.
show more
4 months ago
dogs and cats
Women's Carpentry -- Workshops!

That's a question we have gotten before, a few times, and I definitely understand the curiosity, as people who want to learn carpentry can be male, female, nonbinary, etc. The desire to learn is genderless and sexless.

We totally support all sexes and genders receiving education in the skills they want. but we find that our school is especially well suited to offering this class as a specifically femme/women/AFAB class.

also, we found (from experience!) that many women/femme identifying folks felt less comfortable/more self conscious taking charge in a co-ed environment. To no fault of any gender/sex in the class! But we made a decision to focus on women/femme carpentry classes to create a class that was a blend of women's empowerment and carpentry education.

hopefully that answers your question!

Regarding the photovoltaic idea, I hadn't really thought that through.  People generally want them oriented to the south, not the east and west.  I don't know enough about them to know if it works well to give them sub-optimal light, in the hopes that they'll last longer even if they give less energy in the meantime.

My wording was misleading. I meant the roof of the main building would be unsuitable for solar due to orientation and has been problematic in the design. The roof of the drying hut could be oriented favourably for solar collection and therefore a solution as well as a function stack.  Running lines underground is the next quandary.
show more
7 months ago
homestead