Have fun! I'm somewhat jealous of your project and I'm looking forward to seeing how it turns out.
Daniel

Daniel, so much great information here. Thank you for all the time you spent writing this!
show more
1 year ago
greening the desert

Chris Ferguson wrote:Springs Preserve had tons of success with trees and plants from Australia but I'm kind of leery of imports and prefer to go native.
C

Chris, thank you for your replies. This is very valuable help. I appreciate it.
show more
1 year ago
greening the desert

F Agricola wrote: Is the property fenced to keep out neighbouring cattle? The reason I ask is that cattle tend to degrade water courses by eroding banks and fouling water. Removing their access to the water courses on your property will allow you to construct dams and rehabilitate the drainage lines with trees and shrubs. Doing it without fences will be a draw-card for every animal in the vicinity.

[My rule: if a neighbours sheep or cattle finds itself onto my land, it becomes my property = dinner for several weeks!]

For potable water, the photo below may give you a relatively easy alternative to collect and store it – one or more of these spread across the property would be good for man and beast – future rig-up of water troughs, etc for your animals too.

Thanks for the tips. The land is unfenced. I kind of like this fact since there is nothing man made as far as the eye can see in any direction. But as I mentioned in the original post I believe the cattle range on so much land that over grazing is not an issue.
show more
1 year ago
greening the desert

Joseph Lofthouse wrote:Montello eh? Yup, that's remote!!! And dry. You dared to start a fire? I'm chicken. I've had two near misses now with starting the whole county on fire. That sure is a nice fire ring.

A shrub that you might plant is goji berry. There are still some surviving along the railroad tracks, which were planted by the Chinese that dug the railroad 150 years ago.

You might consider planting rye in late August, so that it can sprout and grow with the fall/winter/spring rains.

When I prune the branches from the lower 6 feet of trees to make the trees less likely to be torched in a firestorm, the cows decide that is the perfect place to seek shade, so it's a simple way to gather lots of organic matter. And with it being so dry, it sits under the trees and mummifies. So it isn't currently useful, but it might be some day if I can get some water and some manure in the same place at the same time. Nice thing about doing wildfire management, is that the cut off tree branches make wonderful checkdams.

Check dams a single layer deep have been my most successful water retention earthworks. Initially, I ignored Brad's advice that smaller is better.


Thank you for the detailed reply. I was able to download a pdf of Lancaster's book. I'll dig into it right away. Montello area is dry, yes. But all of the natural washes show signs of large amounts of water around at times. I'm hoping with some earthworks I can trap some of it. I just ordered a few hundred sand bags as that, and collecting rocks, are my cheapest options for making dams.

I'd like to use as much of the natural swales as possible since 40 Acres is a lot to take on with no power equipment.

I also bought two  giant billboard tarps which I will be making into rain catch surfaces and collecting water in tanks that I can use to do more targeted watering in the hotter months.

Ideas on how to develop my Nevada parcel
Hello everyone,

I have owned this remote 40 acre parcel in the Nevada desert for a couple years now and since I purchased it I have been learning about permaculture basics. My dream for this land is to have a fun get away from the city. I have purchased an old school bus that I'm currently making into a tiny home/camper to leave on the land for whoever is out there à la Into The Wild. I plan to add future art projects out here (Idea from Zaquistan) Maybe a Rez golf course or frisbee golf. Overall just a fun place to be away from civilization.

I would love any ideas anyone has to help specifically in the arena of permaculture and water retention. A little bit about the land, it is in Elko County, NV with the closest town being Montello. Elevation is around 5700 ft. with an average rainfall of 9 inches per year and 23 inches of snow. This parcel has many natural hills and valleys as well as washes from rain. Though this parcel has sparse tree growth the fact that the two adjacent BLM parcels have much more dense trees makes me hopeful that trees can grow with a little assistance. The majority of growth is thick sagebrush, Utah Juniper and Bristlecone Pine. Wildflowers are everywhere throughout spring and summer.

Nearly the entire surrounding area for hundreds of thousands of acres is owned/grazed by the largest cattle ranch in North America. This means cattle have free range of this parcel but I think there is so much land they access that I believe overgrazing is not a problem but I'm not sure. For the dozen or so times I've been out there I have never seen a cow anywhere.

I've attached several photos to show what currently grows out there and to help aid in any suggestions. My immediate plan is to build up some small check dams along the washes and natural swales in hope to retain the rain water. Any sagebrush I dig up to clear a spot for a rain tarp/catch system I will put in the washes to break down over time. small earth works where I will transplant small native trees from the surrounding forest. Possibly digging more swales into a few of the hillsides.

Any tips on what organics I can grow once the water is managed a little better? Grasses, nitrogen fixers, bushes etc.? Keeping in mind that any building of good soil would be incredibly labor and cost prohibited due to the remoteness of the land.

Thank you in advance!

Questions about homesteading/permaculture in the desert
Carter,

When looking for land I would pay close attention to how far away the parcel is from a decent road and a small town for basic supplies. If you're off the road a bit check your county for easement access. You can check County records for how deep surrounding wells are to give you a ballpark figure in case you want to drill a well someday. You can also use county GIS sites to get info on parcel owners who may sell you their land for cheaper than using a realtor.

Are you planning on living on this land full time? Some of these arid deserts are forbidding terrain. I know it sounds romantic to live in such a place (I have 40 Acres in arid northern NV) but the practical side is that you may need to rely heavily on traditional resources to get this homestead off the ground. Be prepared for worst case scenarios. If something were to happen  to you out in a remote parcel could you walk to the nearest civilization? Something as simple as car trouble can turn dangerous very quickly.

Getting resources to your land by the pickup truck load can be very costly and at times very difficult. So know what you're up against in terms of money and time.

I think this is an amazing dream you have, one of mine as well, but be prepared. If you'd like some cheap land come be my neighbor near Montello, NV. Google Wincup Gamble Ranch. For a cool video of the area. 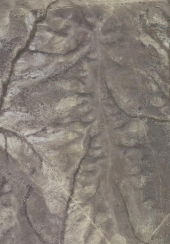 Reforesting overgrazed plains (absentee) seeds surviving the cold and dry
I'm also in a very similar situation as Joe and Alex. I have 40 Acres in north eastern Nevada about 8 inches of rainfall each year. My parcel has several hills and very sparce trees, mostly Utah Juniper and bristlecone pine. I just learned about earthworks this winter and I'm very excited to experiment with them. My goal is to plant as many native trees as possible to grow with little maintenance or water.

I started growing tree seeds of various native varieties over a year ago in my apt (my girlfriend thinks I'm crazy!) I'm hoping to plant them this year and start a fresh batch.

I'm converting an old school bus into a tinyhome for just getting away from the city every once in a while so I plan to do some rainwater harvesting projects in the near future which can help me grow other, faster growing trees such as hybrid poplar for some quicker shade. Thinking five years instead of decades for the other trees.

We should keep tabs on each other's projects and help motivate each other to get these things done.

Question, would it be illegal to transplant saplings dug up from adjacent or nearby BLM land and plant them on my property to speed things up five years or so?
show more
1 year ago
greening the desert