RMH forge?
So I'm thinking about making a rocket mass heater for my garage but I thought wouldn't it be cool if you could double the burn chamber as a forge I thought about this and considering i wasn't even trying to make an excessively hot rocket mass heater and my first one reaches temperatures the better part of two thousand degrees without even trying why not simply make a slightly modified batch box with a place to slide in some metal and an inlet for some forced air and use some either coal or pine and see what kind of temperatures are achieved. 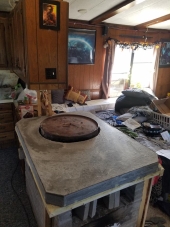 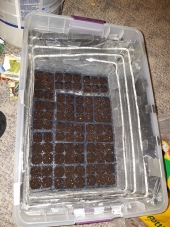 craig howard wrote:Where did you get the LEDs?

Low-power grow lights/ incubator
So I live off-grid in northern, Michigan. And I want to be able to get my seeds growing early But we get rather harsh Winters. So it's too cold. For a greenhouse nor is there enough light between daylight savings and  cloudy time of year Which means indoor grow  lights but they use of a lot of power. Even the lower powered LEDs take a respectable amount of power. For anyone living off grid So, I believe I came up with a solution

I figured out how to start about 90 plants. 4 between 30 to 35 Watts And it's a pretty cheap build.  Just wanted to hear people's thoughts on it. I'm using a simple Rubbermaid tote. And an LED grow light string that runs on 12 volt DC. As well as a USB powered. Dual stick light which is not necessary. I just happen to have it. And a PC fan for air circulation and to strengthen the stems. The string light actually gets fairly warm which keeps the inside of incubator also at a respectable temperature between 70 to 80 degrees. Even when it's only 40 to 60 degrees in the room

Just wanted to get everyone's opinion and hopefully this helps someone else in a similar situation.
show more
9 months ago
plants

Rocket mass heater in something that moves?
As someone experienced with Towing you're going to want to Center your weight between the axles as well as balance the load from left to right ideally you would put it in the middle or you could put it off to one side with some type of counterweight on the other side
No matter how you go about this your mass is going to be considerably smaller you should also take into account the weight of at least some wood
But a bus is not the most ideal thing to use as you're essentially in a big soda can and aside from having a small heated bench for the comfort of sitting on it's not going to keep said soda can warm very long 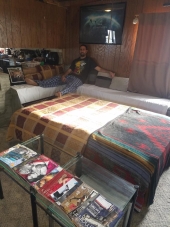 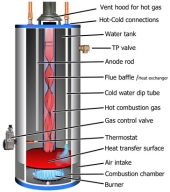 Phil Stevens wrote:Have a close look at the evolved and tested design of Peter van den Berg's batch box. The secondary air channel and port are critical to success in this breed of RMH. Just putting in a restriction may give you even more draft issues.


For the moment the fan is a must as it stops backflow. I just slaped a pc fan on it lol its goofy but works wonders till i can figure out a more solid fix "witch might be the same fix as the soot problem
show more
1 year ago
rocket mass heaters