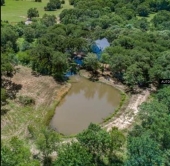 Question about a pond at potential homestead
Make sure you take a look at the spillway, that should give you an idea of where the excess water should go.
show more
1 month ago
ponds

What computer language to learn first?
I have a computer science degree, worked in consulting for years and now work at a major tech company as a Data Science manager.  Here is the order I learned: C, Java, Assembler, Basic, SQL (not really a programming language), C#

If I just wanted to learn a language that would give me job prospects and versatility I would do Python. It has huge amounts of flexibility and you can work In wide variety of applications and fields.  Python and R are also the core of all data science right now and if I was going to learn another language it would be Python.

If you just want to know a little programming to supplement another degree Basic is the place to start.  I have seen massive investment houses run on Basic code built into excel and the modern Microsoft version of basic is essentially an object oriented language that covers a lot of the concepts more advanced languages use.

If your into math to want to do really graphic intensive work then c -> c++ is not a bad place to start but it’s is fairly targeted.

Knowledge of Assembler makes better programmers but it has very little use in the market outside of compiler design.  It’s my favorite language and one of the most fun to learn (IMO) but really not the place to start.

I would stay away from Java.  Limited use and bit harder to move to other languages.
show more
1 month ago
homeschooling 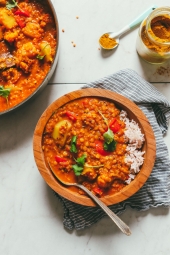 Tasty vegan recipes
Here is a vegan recipe we make on a regular basis and it’s excellent with a fresh bakes whale grain sourdough.

https://www.thekitchn.com/slow-cooker-recipe-curried-vegetable-and-chickpea-stew-67520
show more
1 month ago
vegan food
Road with no easement?
Have a road through my property and it has a well documented easement however, before I purchased the property I spoke to the person who owned the property that had the easement.  I would look at the assessors records for the property the road leads to and contact the owner, they might/should have a copy of the easement documents and if there isn’t one you can come to an agreement.
show more
2 months ago
homestead
Water diversion ... trench or swale?

Eliot Mason wrote:Alex - thanks for the link.  I have to say normally I wouldn't think I'd find good earth-care solutions at a paving site ... but that is pretty helpful. They key is really getting pipe with half holes.

Equipment on steep slope: that first cut for swale
I checked my copy of Rainwater Harvesting for Dryland and Beyond volume 2 and it says terraces without retaining walls (essentially a swale) are only suitable at slopes of 3:1, 18.4 degrees, 33% or less.

Terraces with retaining walls can go up to 2:1, 26.6 degrees, 50% so that may be what you need to do.
show more
2 months ago
earthworks
Water diversion ... trench or swale?
I have been doing research on diversion drains because I have an old intercept ditch in my field that the conservation district rep suggested converting to a burried drain.

This site had some good options and visualizations that might be helpful.

It sounds like you are dealing with ground water so a buried drainage trench might be a good option.
show more
2 months ago
earthworks
Hand sanitizer comedy
I’m assuming you were at the dermatologist.  Do try to get it looked aT.  Everyone in my family has had skin cancer (caucasians in the tropics) and if you catch it early it’s easy to stop.
show more
2 months ago
paul wheaton's pseudo blog
Changes to plumbing plans in house build for future greywater?
We are building with the option to divert the grey water into the septic in the deep of winter via a valve.  In your case I would do all the plumbing for that option and not install the valve but have it in a place where you can install it later.
show more
2 months ago
grey water