Soil building, and pomegranate, fig, olive planting guild suggestions?
I would focus completely on digging swales, mulching, and gently fertilizing your existing trees. Olives, figs, and pomegranates are survivors. With a little love you can get them to a good mid-size canopy layer. Just keep working your soil and adding layers of mulch and compost. Don't worry about planting things just now. Hang back and observe your land at all times of day throughout the year. Take note of your microclimates. I have asparagus, grapes, and mint growing near my figs, olives, and pomegranates. If you live someplace that is extremely hot and dry, your mulch needs to be at least two feet deep.
show more
7 months ago
polyculture 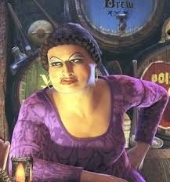 Advice for Holding onto Different Values When it’s Tough?
I don't actually have a knee-jerk disdain for aesthetics, so long as those aesthetics aren't rooted in classicism. My property is a purposeful wilderness, but its an attractive wilderness. My urban neighbors refer to it as my "art." I am also well groomed, well spoken, and sociable. I share my harvests. People will forgive and support all manner of eccentricity so long as you aren't behaving in a depressive, petulant and/or antisocial way. As a woman I've been raised to be hyper-conscious of how I seem or appear in every facet of life, and while I've let go of most of that conditioning, I do genuinely appreciate all forms of beauty. I think everyone could do with being held to a certain standard-- and men are allowed to cultivate a FAR greater amount of general disarray and subpar grooming than are women. Humans are a social species, and that's not an aspect of our core nature that should be held in contempt. We're meant to gather, and are unavoidably affected by those around us. Social grooming in particular is plainly evident in all other species who gather. It's about bonding.
show more
1 year ago
personal challenges

Could we have an urban/suburban permie picture thread?
Half of my front yard.
show more
1 year ago
urban

Trick or Treating Alternatives : Reducing Plastics and Sugar
Unfortunately, there's been too much baseless and absurd fearmongering around Halloween to do things like fresh fruit, popcorn, or baked goods. The best you can do is find things with biodegradable packaging. Perhaps juices or sodas in glass bottles? I know I for one would be pretty pumped to receive a Babybel cheese wheel. Honestly, why would someone poison your child if you know exactly where they live...at any other time of the year when you go to someone's house and they offer you food, you eat it. The streets are technically safer on Halloween than any other time of year because there's so many people up and about. Like

?? Take down the address, license plate numbers, and treat contents of every house you go to if you're so concerned. 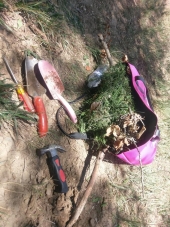 Permaculture project in heavy clay and student's budget
If your soil is heavy clay because you live in a desert, then a small hugel is the only way to go to begin with. I've never used a shovel on my property. Instead of hugels I dig swales, fill them with organic matter, and keep plywood boards over top of them so the city doesn't hound me. If you catch a good sale, 2 cu ft of wood chips can cost as little as two dollars per bag. I harvested a lot of wildflower seeds this past rainy season, so I mix those in there as well. I also scatter birdseed to encourage fertilizer donations and the distribution of yet more seeds. Clay takes time.
show more
1 year ago
permaculture
How to inspire empathy and a land ethic that lasts?
I've lost track of how many times passers by would stop by my house and ask me about the plants I have growing there. Almost everybody seems to have at least one fond memory of a garden-- their mother's, grandmother's, or a neighbor's. In general, our capitalism and consumer culture prevents people from being -still-. It's always work work work go go go, one fluorescent box to another, screen to screen. It is very much a malicious design beyond the direct control of common folk. I expect that in order to give people the space with which to feel secure, breathe, be still, and re-connect with nature in their daily lives on a large and meaningful scale...well, we'd have to first completely upend the entire structure of our society. Anything less than that will fall woefully short of saving the planet and ergo our children's future.

Anyways, what I impart to children when given the chance is this: respect for life. Not just human life, but all life. A sense of purpose and honor in enriching/serving one's community and the earth. I get them involved in gardening and I make sure that the food they eat is not processed and/or full of sugar (ie it still looks like something that was once alive). Gardening gives one a strong basis on which to deal with the world. One understands that death feeds life, and that everything has its time. When it is time to cull a diseased plant or dead limb for the sake of the whole. That in many cases, it is far better to stay your hand and observe than to rush in and "fix" things. Further, to allow those around you to be their genuine selves instead of what -you- think they should be. To be aware of your surroundings and the lives of those around you in general. That it is everyone's responsibility to provide and nourish the community, not just a designated few-- especially with such a baseline, necessary task as growing, preparing, and putting food on the table. Also, that communities/families are MUCH larger than mom-dad-child(ren), and that relying on others for survival is not just our default state as a species, it is our greatest strength.
show more
1 year ago
kids

You know you're a permie when...
...when your birthday trip to the mountains results in bringing two trash bags full of pine needles home, because their acidity counteracts the alkalinity of the desert soil and that was the whole reason you wanted to go to the mountains in the first place.

...when your boyfriend looks up and can't find you, he immediately goes outside to look for patches of "weeds" or dumpsters.

...when your smartphone is full of science/research and plant/fungus identification apps.

...when you are the only person who knows the "paths" around your property.

...when you make a special "blood tea" fertilizer for your plants every 28 days or so.

...when people just drop off random plants they picked up or every kind of injured animal they find.

...when your pregnant coworker looks at you one day and says, "You know, I don't know why, but I would trust you to deliver my child."
show more
1 year ago
meaningless drivel
Is my soil worth it?
Fruiting olives are star performers where I live. I have three in my yard and they handle our rubbish soil like champions. Acacia willows, date palms, and chilean mesquites do well without amendment. Pomegranates.

I use those trees to help support life beneath. After some time doing this, I now have nectarines, apples, barbados cherries, and assorted citrus. Afghan pines. Beneath them I grow all manner of things as crops.
show more
2 years ago
forest garden