Front Yard Face Lift
We’re currently living with my parents’ while saving for land, and I’ve been joking with them about turning the front yard into a food forest. Well, I just got the go!! It’s a small space, and we live in a pretty urban area. So, I can’t go too crazy… but I can go kinda crazy ha!

We don’t plan on staying here very long, so I want to keep it mostly perennial. That way, it’ll be minimal maintenance once we leave. I already put in 3 red currant bushes because I got excited, hah. I plan on putting rhubarb, echinacea, strawberries (trying to find a variety that won’t spread too much) somewhere in there and possibly arctic kiwi along an old trellis on the north side of the house.

This is my first attempt at edible landscaping and know it needs to be much cleaner than the jungle in the backyard. Any suggestions would be much appreciated!

-I included a terrible drawing of the layout. The curved line is a brick retention wall which we plan on keeping. There used to be an Eastern Red Bud in the largest curve, but it reached it's potential for our area and died. We removed the stump but left the roots. We were so sad to see it go since it was our only well established edible, but hey, here's to the future!-

Suggestions for an edible fence climber (drought tolerant)
What about Arctic Kiwi? I have a spot in my yard that I'm thinking about. It's a north east trellis that used to be covered in Clematis. https://onegreenworld.com/product/september-sun-2/
show more
1 year ago
urban
Realtor/Broker Recommendations - Michigan
Hey, there!

My hubby and I are in the market to purchase some property in northern Michigan (Northern L.P. & U.P.) Does anyone have a Broker/Agent that they would recommend? Areas that peak our interest are Oceana county, Kalkaska county, Schoolcraft county, and Marquette county. It would be a huge plus if they were familiar with off-grid/alternative living.

Any suggestions would be fantastic! Thanks a bunch!

Help with my etsy shop - eco-friendly (dare I say permaculture) handmade textiles and yarns
For marketing, I'd make a business page on Instagram and Facebook if you haven't already. Post at least once a week on Facebook and try to end each post with a question to encourage engagement. Try to post every day or at least every other on Instagram. It doesn't have to be product related. It could be an inspirational quote, shot of farm life, what you're currently reading. Just keep your content consistent with your brand feel. Search and follow people and other businesses that you think are A) potential customers or B) something your potential customer would also follow.

For better pics, try to trade services with a local photographer. I'm a photog and would jump on the opportunity to do a creative project and take pretty pictures of such things! Too bad I'm in Michigan and not near you! Even if you can't find someone who is willing to take product pictures, maybe you can find someone who's willing to do a workshop with you and show you tips on taking better quality pictures yourself.
show more
1 year ago
cottage industry
Zoning, Coding, Local Ordinances
We're starting our search for land and have been hitting a bit of a road block when it comes to zoning, coding, local ordinances, and such. We're looking to purchase raw land in the upper Lower Peninsula or mid Upper Peninsula of Michigan. In a perfect world, we would like to build a little cordwood house with a rocket mass heater, composting toilet, and a rain water catchment/gray water system of sorts. Trying to search online has brought us no where really, other than finding out that the state of Michigan allows composting toilets, gray water, and rain catchment systems but of course, it depends on each individual county. So, where do we go from here? Contact each county we're interested in individually? If so, would anyone like to type up a draft email, so I don't sound like a hippie dip crazy who they're afraid of moving to their town, hah.
show more
1 year ago
homestead 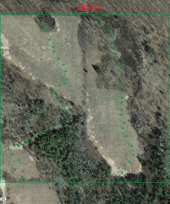 Clean Slate Property - Layout?
Hey, Lindsay! I hope you've found your little homestead. My hubby and I are from the Metro Detroit area and are considering relocating to the U.P. Mostly because the price per acre is so much cheaper than down here but also because of all those beautiful forests! We're planning to buy raw land and hopefully transform it into a little permaculture oasis of our own. Do you have a real estate agent or broker you recommend? We're planning to start our hunt this spring or so. Thanks a bunch!
show more
1 year ago
goats, sheep and llamas

Buying Land
We're finally ready (well, at least we think we are) to make the leap and find a homestead of our own! This will be our first big purchase as we've been house sitting/renting all of our adult life. We're looking to make 20-50 acres in Northern Michigan our little permaculture oasis! In our price range, it'll most likely be raw land. So, have any suggestions or life lessons for us newbies? We've read Mortgage Free by Rob Roy and Finding and Buying Your Place in the Country by Les Scher, and we're always up for adding to the library!
show more
1 year ago
homestead 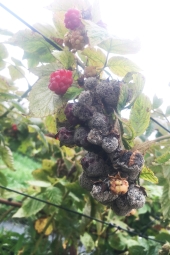