How are you? How is the PEP going? I'm in Charlotte as well and would very much like to help out if that's something you need/want.

Best wishes,
Justin
show more
5 months ago
introductions
Anyone in (NC) North Carolina or close by looking for help?
Hello all,

30 here in Charlotte looking to help out as much as possible working and living intentionally. I would gladly invest and trust in you. Here is a little bit about me. I grew up on a farm in WV riding horses and raising emu of all things. I can be good for a laugh and a song. Mainly I have worked cooking in restaurant kitchens for years. I have WWOOFed in 4 states: NC, GA, NM, and CA. I will do the dirty jobs others won't. 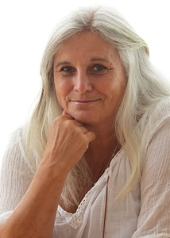 *Welcome Maddy Harland, author of The Biotime Log
Hello maddy! Welcome and thank you for your time and efforts!
show more
2 years ago
permaculture 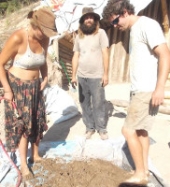 Need Apocalyptic Survival Advice. No Really. C5
To lucrecia,
That makes me think of the "original homeland security" memes and shirts showing four armed apache ready to protect their way of life. They did what they could, but what was the outcome? We americans have moxy for sure, and a vast resource base to boot, but a clarification of my intent is necessary. I won't think of armed conflict as even a possibility. Engaging in combat with any military might is part of their design, not ours. It perpetuates the military's very existence, and even expands upon it.

To agricola,
Any government that might actually benefit us is one that is designed to steadily decrease in size and scope, not increase or compound upon itself. It is important, though, to collect bits of what works, I agree. Think of the nitrogen fixers feeding fruit trees. We are those fruit trees, and the fixers get chopped and dropped until they might not even grow back, no longer being necessary.

Here are some quotes from plato's republic. "Is there anything worse for a state than to be split and disunited? Or anything better than cohesion and unity?", and "For is it not a scandalous sign of bad education if one's sense of right and wrong is so deficient that one has to seek justice at the hands of others as one's masters and judges?", and my favorite "Good men and women need no orders." (laws) Plato also "solved" the military issue in his fantastical republic by denying rulers and soldiers the ability to own property. That's right, when senator x or general y can only feed themselves if the farmers have enough harvest, a whole different connotation of homeland security comes into view.

Let's think about the most general group of 10 people you can imagine. 9 of the 10 people will, in any event, likely work together to fulfill the needs of the whole. The 10th person uses the other 9 to fulfill his/her needs alone. I call these "10th" folks the elite because they need that "better than you" mindset to achieve their goals. We have great strength in our selfless group efforts and connectedness. The elite do not. They are not team players even with other elites. The best they can do is spread eliteist ideals through every kind of social framework (education, religion, government, money, etc.) in order to have people enslave themselves to a rigid heirarchy. Eliteism begets more eliteism. You want to be the best right? All those fortune 500 elite owners know the tools to manipulate their ambitious employees to no end. They need us badly to promote their ideals and to do their work, and we do it. It's very tricky behavioral engineering on a scale of millennia.

Need Apocalyptic Survival Advice. No Really. C5
What happened at kent state makes me think of how the us military is the single greatest user of oil and energy on paper today. (even before space force) They can do anything they want.

It's a perpetual motion device? Ever demanding, ever expanding. Fueled by what keeps us down, and keeping us down for good. Sometimes us americans will go so far as to say "our boys are bullies", but we shudder to think we might be bullied.

Not to pick on any one military though, I merely meant to highlight an elephant. We need all of our brothers and sisters in the armed forces and they need us! How many drones are there now? How many new types? how many frikken lasers? or sound weapons? bug weapons? corn weapons? WTFK (who the fuck knows)

That bully is really big and keeps ALOT of us down. Even if you have never seen a m1a2 abrams tank, you know a couple of them could rip your whole world asunder, and that keeps us all squeaking along, with our heads down, glancing out of the corners of our eyes at each other, as if nothing is wrong. What are we going to say to them? What can we do about this?

It's a well made design is it not? This synthscape planet of ours. Something designed for us. Lots of accelerated sucession principle at work while stacking function and time. Very thorough and deep rooted. Down to the genetic level, to the quantum level. Unchangeable it would seem. We need an un-design at best, and a damn fine one.

With that, I say bravo! Thank you!

permies and rich soil of course!

plants for a future

Need Apocalyptic Survival Advice. No Really. C5
Is prepping a mostly american thing? Perhaps it has to do with our current resource surplus and/or our lack of defining culture that weaves generations together. I say this because a good friend of mine lives in an apartment complex down the road from me that is rented almost exclusively by refugees (vietnam, ghana, syria, etc). I love going there and seeing all the decisions they make without worrying about asking. Almost every patch of dirt is growing food by their hands. They even scratched out a multi leveled terrace by hand that once was bramble and scrub. About twice a week, an unmarked moving type truck shows up and dispenses fruits and veggies by the box full at super cheap prices to all who want.
You can see the caution in their faces when I show up and want to "tour" the area. I bet they would think "Shit, here comes whitey to ask questions and cause problems for us all." (and I understand their concern) The best I can do is communicate without words. I drop my knees in the dirt, pick up a bit of soil, hold it to my heart, and nod my head. So far, I have felt very welcome.
One point I'm trying to make is these folks are adapters through and through. They don't need to know permaculture or watch youtube videos about food storage etc. (not saying those aren't valuable resources though) If you get tossed out of your generational home, all you can do is adapt or perish.
The second point goes back to communication. Being able to read body language is wildly useful. IMO, anything we can do to discard "someone else's tech" and replace it with our own innate abilities will help us all greatly.
show more
2 years ago
ethics and philosophy

Need Apocalyptic Survival Advice. No Really. C5
It is more and more an apocalyptic place we live in. I agree. Maybe almost post-apoc.

Communication is key. That's why we all have to use so many corporate platforms like smart phones, laptops, wifi. We have no communication outside what we are given. With communication comes information to save lives. Most people take it all for granted that we can talk to anyone anywhere, but what do they speak of?
show more
2 years ago
survival
design supplement 1: wheaton labs

a different flavor of community thread