housing/feeders for only 3 American Guinea Hogs

My livestock vet said he had seen pigs STARVING on pasture here. We have very lush grass but since it rains 6 months of the year, the grass may be low in nutrients/vitamins/minerals in some invisible way. But I am a little skeptical you can get pastured pork without lots of additional (concentrated calories) inputs. How have people done this?
Jodie how are your Guineas? I am about to buy THREE LITTLE PIGS but raising pork is new for me too. My guinea hogs will be pretty small and I hope to butcher before they get too fat. I am not planning on getting an electric fence; I dislike those things. But I am concerned how well pigs DON'T seem to herd though.
A friend of mine (flower farmer) who saw the titles "chicken tractors" and "plowing with pigs" assumed those books were literally what they sounded like. I told her yes, its just GOOD TRAINING.
show more
6 years ago
pigs
grass goes toxic, kills cattle
This is a weird one. I was suspicious when I saw it attributed to GMO grass, and the correction says it isn't. Ruminants can be touchy and sometimes die of indigestion, because they can't throw up. Horses especially.

This year we have twice as much foliage everywhere here due to wet spring. I have way more clover than usual but also way more bracken fern. I am hoping to mulch with it.
Climate change will alter the balance of species.

Even if Salatin and Arthur Hollins are right about grassfeeding, we still have to maintain the pasture to keep it nutritious.
show more
8 years ago
cattle 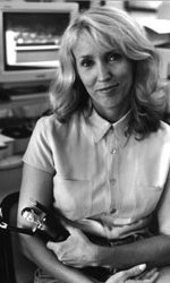 paul wheaton is impossible to work with
Everyone benefits from people with strong ideas. I always appreciate Paul's ingenuity, humor and terrier-like persistence. Making change seems to require individualists who stand outside the system.
On the other hand I dearly hope that this Self vs. Others picture is a false dichotomy, or a story that could be told another way. But those of us who are original often HAVE TO CHOOSE between truth and friendship, a la "Do you want to be right or do you want this relationship?" That's a real and valid question--- it may really come down to that, in the end. But the question is also situational--- not about WHO YOU ARE in your core self, not about your integrity, loyalty and identity, but about specifics. The trick to getting out of this type of dilemma is to pick apart each difference as it arises and if possible, keep the problem within the realm of knowable things so it never becomes a question of trust, loyalty or allegiance. Most of us are out of their depth there.
The lesson I got from Diamond's book "Collapse" was that cultures rise and fall NOT on the basis of resources or even technology, but on ideas and relationships. The Vikings starved to death on Greenland because they wouldn't eat fish. The Easter Islanders because wood was their cultural identity. Ideas are like the engine that drives human activity. Its all in your head.
If Permaculture saves the human race from extinction, we can still be lost by the failure of HEART that comes from loneliness and solipsism. The "cultural technology" of Non- Violent CommunicationTM has helped me connect fruitfully with people I couldn't stand. It really is a viable solution to an ENERGY CRISIS of the psychological/sociological kind.
We need Paul to be Paul--- Tall Tinkerer Paul, Profanity Paul and All!
Luv Ya Man!
--- Anna from Olympia
show more
8 years ago
tinkering with this site
Goat talk: queations including bone sauce and feeds
Hey Burra thats terrific!!!
I am delighted to hear that hobbles can work!
I have been experimenting with them myself, but there is alot of details to work out. Can you tell more? We should start a new topic on this. Very important information, and constitutes a new technological solution to most people.

I have been using nylon rope with two sailors knots, but eventually they either come loose or else get too tight and endanger the leg. I am thinking of soldering metal rings on their feet and hooking ropes with clips to those.
show more
8 years ago
goats, sheep and llamas
Goat talk: queations including bone sauce and feeds
IN regards to grass feeding of livestock, it is hard to do. A Veterinarian who teaches in the Sustainable Agriculture Department at my local college says he has seen many examples of starving animals thanks to Joel Salatin's books. It needs a lot of expertise and paying attention--- whereas buying bags of kibble is pretty foolproof (meaning even a fool can get away with it.) Ultimately the nutrition of fodder my reflect the health of the land, and our pastures are just not yet as good as Salatin's.
I once tried feeding chickens the "traditional" way, on free range plus "scratch" grains such as wheat/ corn/ barley. I found it unsuccessful. Maybe our grains are not as nutritious as 100 years ago. Perhaps modern animals do not digest as efficiently? My birds slaughtered out with brittle bones, too much fat and too little muscle from lack of protein and minerals.

To check the condition of any animal, whether chicken, goat (or even Farmer Mom!) you can feel the bone above the tail, that connects the two halves of the pelvis. If its bony, you animal is too thin. If there is more than an eighth inch of fat, you animal may be overweight.
Try it. It works.

If you are milking a goat, I suggest you give her some grain. You will get a lot more milk for the labor of doing the milking and you can sell the milk for less than the cost of the grain.
show more
8 years ago
goats, sheep and llamas
Goat talk: queations including bone sauce and feeds

Yes, it has been HORRIBLE trying to protect my apple orchard, but I have everything swathed in metal netting, and have to keep a close eye on it.
Sheep eat bark particularly in the winter. They will keep pastures free of trees, this is an asset. They are symbiotic with grasslands in that way. They absolutely prefer grass. You can dissuade them with barriers. But baby fruit trees and maples are sweet tasting and they particularly like these.
Goats however are browsers like deer, and prefer to eat trees rather than grass whenever possible.
In "Goat Husbandry" by Mckenzie, he shows something called a Spanish halter which keeps goats from browsing lower limbs in a mature orchard, but of course the real challenge is protecting young fruit trees.
IMHO goats are 5 times harder to control.
show more
8 years ago
goats, sheep and llamas

tree bog vs. dry outhouse
There is a lot of good information here and some misinformation, as well as many open questions.  The bottom line (so to speak!!!) is that human manure will over time and with bacterial action, turn into compost: fertile and un- infectious.  There are a variety of systems for controlling this inevitable process, to enhance it, to accelerate it, to guarantee it happens thoroughly and completely every time.
Many water wells reveal high levels of fecal coliform bacteria when tested. Nearly always, this bacteria did not come from outhouses or barns --- it migrated underground from somebody's totally legal government inspected $10,000 septic system. So even though the Health Department and Building codes stringently enforce their regulations, it happens ( as they say, "sh*t happens.") Here in Western WA, the Hood Canal region of Puget Sound is full of putrefying nitrogen that came from somewhere, probably local septic tanks. I am told Cape Cod also has this problem. Septic tank systems are inadequate, and don't work, although required by law.
Fecal coliform in itself is not very toxic. As David Holmgren pointed out, if you have a meal of produce contaminated with your own bacteria, you won't get an infection because you have literally already "had" it --- your immune system is living symbiotically with the particular strains that populate your own intestines. In small doses, as in a public bathroom, any bacteria is just an education for the immune system, a virtual inoculation.  Take a trip overseas or encounter new strains, you might get diarrhea. I have never heard of anyone seriously ill from it, although I am sure it can be dangerous  to the immune- compromised. Neither have I ever heard of anyone ill from eating food at a picnic where flies and yellow-jackets were landing on the food, after landing on dog poop and rotting roadkill. It does not worry me.
The type of e.coli that is dangerous, (strain .0157 etc.)  is not what you find in human poop, but rather in certain livestock manures.  It is rare, not endemic, and does not arise spontaneously. Animals have to catch it. Also I am not convinced that tests for it in raw milk are meaningful.
I think its great that some people are just quietly disobeying the law, proving another Way exists and is viable. Bacteriologically speaking, a compost toilet operating aerobically is probably safer for human health than a septic tank digesting anaerobically 6 feet underground. IMHO the human love for gadgets and the builder's love for bulldozers and the government's love for control have more to do with septic tanks than hygiene does. Hurray composters!
The point of a compost toilet is to "capture and store energy." Then it isn't really "waste" is it?
I use a 5 gallon bucket with pine duff, which I seal and leave to age. I believe forest duff works way better than straw or sawdust because it is much more biologically active.
show more
9 years ago
composting toilet
Land ownership and permaculture
Wheaton wrote "My thinking is that IC living is about seven times more complex than all the rest of permaculture put together.  And this complexity makes it nearly certain to fail.
In fact, I remember in Diana's workshop, the rule of thumb is that 90% fail.  And the remaining 10% looked a little sickly too.   And you have to realize that 100% of these people are smart, decent folks dedicated to making things work. "

Bummer, because as you say there is too much manual labor to (happily) do alone. We need each other. There has to be a way.

Having been married 21 years to only ONE person, I cannot imagine how it works being in a commtted long-term relationship with many others unless it was a business arrangement. Daniel Quinn talks about running a business cooperatively.  Also I read that Russian peasants had an elaborate system of common ownership called the Mir or obschina for hundreds of years.
http://en.wikipedia.org/wiki/Obshchina

Must we accept that Americans somehow cannot make this succeed!
show more
10 years ago
intentional community 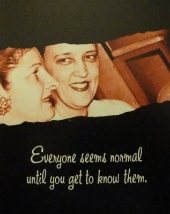 non consensus IC models
We ought to remember that according to anthropological evidence, genetically modern humans lived cooperatively for tens of thousands of years.
To over- simplify, agricultural surplus leads to math and written language, money, population explosion, and armies, cities and Empire soon follow. The Romans had democracy, central heating, hot baths and indoor toilets, but revolution and the plague nipped that in the bud for  the next  2000 years.
Its pretty interesting to think about COLLAPSE and what keeps groups of people viable in a particular way of life.
I think Paul was asking, what works? Why? How?
I enjoy reading about 19th century Utopian communities, such as the Amana colony on Wikipedia.
show more
10 years ago
intentional community