looking for a recommendation for a meat grinder
I'm thinking about purchasing a meat grinder. I want to make my own hamburger. Hubby and I are tired of finding pieces of bone and gristle in our meatloaf. Can anyone suggest a brand? The most important thing to me would be low cost, and grinding blades that stay sharp.
show more
3 years ago
cooking

Free and frugal soup
I grow tomatoes for soup and sauce. My method of preserving is a lot easier for me and creates vegetable broth as well as tomato sauce. Instead of peeling and seeding my tomatoes I wash and quarter them, then bake them along with some onions, peppers, garlic, whatever I have handy. This produces roasted veggies and a lot of yummy liquid that I pour into jars and freeze as vegetable broth. The roasted veggies go thru my KitchenAid grinder/strainer a few times and then the puree also goes into jars for the freezer. Very little waste, lots of food, not to hard.
show more
4 years ago
frugality 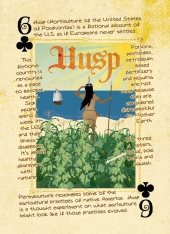 reprint of the playing cards
On the subject of selling the playing cards, the Seattle Flower and Garden Show is coming up in February, and there will be many vendors selling all kinds of gardening related stuff. I imagine there will be other spring shows as well, in other cities. Have you thought about approaching some of the large nurseries that typically have booths at these shows and selling wholesale to them? Also, some organizations, like Seattle Tilth, have a lot of members interested in gardening, climate change, and other areas of interest closely related to permaculture. They might be interested in selling some cards at their booth.
Although it's a little late for selling Xmas presents, a lot of people get money for Xmas and buy gifts for themselves in the early part of the year, so I would think you (or the folks you sold them to) could expect decent sales figures through spring.
Cathy