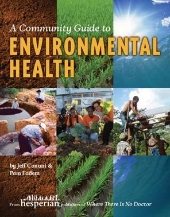 Low-cost, eco-friendly toilets for refugees
Some thoughts on the subject.

From my (admittedly limited) understanding of the refugees' cultural background, I would point out one major flaw in all the designs discussed so far. Most of the refugees from Islamic countries will be accustomed to using a hole in the floor, aka squat toilet, rather than a sitting toilet. This is a cultural preference, covering a wide swath of the planet, and there is medical evidence that this is a more healthy position for elimination. It has nothing to do with poverty or lack of technology (though it is admittedly lower tech than a Western flush toilet), and these types of facilities exist in upscale mansions, impoverished slums, government facilities and private businesses, precisely the way the sit-on porcelain flush toilet is distributed in the areas most of us are familiar with.

The point being that a sit-down toilet will be both unfamiliar and uncomfortable to many refugees. The typical response is to climb up onto the toilet and squat over it, sometimes creating a mess or damaging the facility or person's body. Another response, of course, is to avoid the strange facility and go elsewhere, often somewhere like behind a convenient bush, which is anything but convenient for sanitation purposes.


Another complication is that refugees are likely accustomed to cleaning their nether regions with water and the left hand, rather than using toilet paper. Or they may not be used to disposing of toilet paper into the same receptacle as feces. And they may see toilet paper as valuable, and therefore worth absconding with (since one may need to bring one's own toilet paper to the facilities where they come from). These are issues which must be experimented with and adjusted according to how a particular group of refugees responds.

Finally, while in the West, men are usually willing to urinate with little privacy, refugees from other regions may have different standards. I would especially expect problems if there's the possibility of a female seeing a man urinating or otherwise uncovering himself, even if the man's private parts are not exposed.

So, my suggestions are as follows. First, ask refugees what they are used to and what standards they expect, ideally before constructing anything if possible. This will save a lot of work in the long run Second, provide privacy screens or other visual barriers for all facilities, including men's urinals (around the entire group of urinals, not necessarily for each urinal). Third, design any defecation facility primarily for squatting use, providing ample room for feet to be placed to either side of the receptacle. Fourth, make provisions for "wiping" with water, both in the sense of providing water for this purpose and for dealing with the effects of increased water input in the final compost. Also realize that any facilities for hand washing will likely create wastewater which contains more fecal bacteria than ordinary wash water, and must be dealt with accordingly. Provision of hand sanitizer could go a long way here.

My idea for humanure recycling in a refugee influx situation would be to build a moveable outhouse with whatever materials are at hand (I would personally use plywood), able to slide or roll over an aboveground compost bin which can compost in place. If groundwater contamination is less of an issue, this could probably happen in the ground, aided by proper cover material. Sufficient cover material should allow absorption of wash water directly by the compost (but I make no claims of expertise in this area). Unavoidable pictorial and written instructions should help encourage best usage practices, but will of course not ensure them.

Hopefully this advice will be of some use.
show more
4 years ago
composting toilet