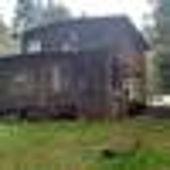 20 acre off-grid homestead in SW Oregon
Be my neighbor!  This is a lovely property. If you are seriously interested, message me and I can give you more details before you contact sales rep.

How to Make a Vermicomposting Flush Toilet
We built a system in rural south west Oregon, based on Wendy's post. 2.5 years in and it is working perfectly. When it freezes, the worms just move to the interior of the bin and activity is slow. In early spring I toss in more worms, just to help handle any stuff that has collected over winter. Granted, we don't get 'deep' freezes.  So far we have only one hiccup; in the initial build I did not pay enough attention to screening the exit, and the thing got clogged, resulting in too much liquid retention that killed the worms.  I had to dig into it (it was not too awful) and create a guard around the exit that keeps the mulch out. Then we have a secondary screen right at the exit pipe (similar to Wendy's build). Anyway, once that was cleared it has been working like a charm ever since. It was installed  for my parents house on my off-grid property (my house still uses composting outhouse) and is used by 2 people. However, we had 13 people use it for a week and the system handled the fluxuation just fine. I ordered and installed low-flow Toto toilets for this system - they rock.

Wendy- thank you so much for sharing this work! It has been a blessing for my older parents to have an indoor toilet as they age.


Wendy Howard wrote:Only just saw this post! The OP is linking to an article I wrote for Permaculture Magazine back in 2014. Since then, the system has performed so well I introduced it to my local municipality here in Portugal. It's now approved for use under the provisions for 'septic tank with drainage', and is being installed by the council where septic tanks have failed or are non-existent. Many people in the area are also adopting it as a solution for their off-grid sanitation. I've open-sourced the system and there's now a website devoted to it. I'm gathering case studies of installations and encourage people to join the forum. The more experience gained, the more potential weaknesses are discovered and ironed out, the better the system becomes. 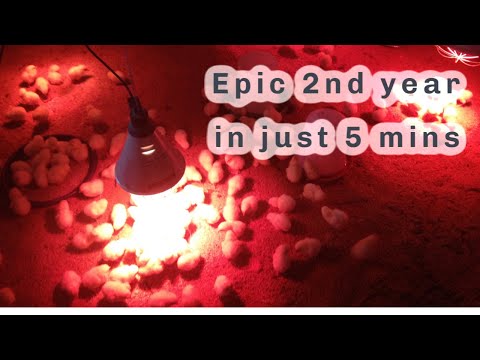 Thanks for your comments. Good questions and relevant to many I would guess. I’d like to address this here briefly and to clarify some points, as they might be surprising. I would also take this opportunity to expand on the objectives of this book and exactly how it is aimed at supporting those within the constraints of limited resources you mention. That’s exactly what I do in my educational and design work.

Thank you so much for the detailed reply. I can easily see that this text is just what I need for my own homestead. I am grateful you took the time to share your knowledge!
show more
4 years ago
small farm

Making Small Farms Work by Richard Perkins kickstarter campaign
Lorenzo ~ Joined the kickstarter strictly on your review! Thank you so much for the detail you put into the review, as it clarified my decision. I have been a bit busy lately, and had to set my homestead's mainframe design aside. Now I am glad it is not done; I can't wait to get this resource in hand! ~ Thanks again~
show more
4 years ago
small farm 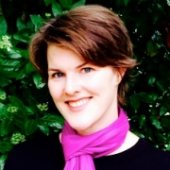 Welcome Erica Strauss author of The Hands-On Home
Hello, Erica! I am a blog fan, and am so pleased to see you here. (wait a minute, I think I checked out Permies based on a recommendation from your blog! So thanks!)

I just got my copy of your book in the mail, and I absolutely love the feel of it in my hands. The photography is beautiful, the writing is engaging, and it has a ribbon bookmark! Such a lovely piece of art it is.

And, oh yeah! Great info too. I have shelves and shelves of homesteading how-tos, and have already learned cool new stuff from this book! Thank you!
show more
5 years ago
food preservation
Just bought 2.5 acres in Oregon

Daniel Johnson wrote:Hello all. My family took the plunge for a lot of reasons. I will be posting up a lot of questions soon about all the issues related to taking care of this land and bringing diversity and life back to it. Just wanted to say hi from Days Creek/ Canyonville OR on our permaculture small homestead farm in progress. Here is a tentative very broad schedule of what we are hoping to do off the top of my head:

Year 1) Learn as much as I can about the land, weather, community, wildlife, and vegetation in the area. Think on the different permaculture zones from the house outwards. Get some garden boxes going for fall crops. Get some sheep (4-6 to start) and chickens (8-12) to start mowing the grass in a rotational paddock system (about 2 usable acres). Plan out the water systems of ponds and swales. Have the local soil and water district pro to review my plans.

Year 2) Implement small pond and hugelkultur (had to google the spellling) bed by our shallow well (help with low water levels during peak droughts?). Start planting some vigourous trees along the fence lines perhaps? Develop a game plan for keeping the deer from killing the fruit forests (bone sauce?) before they get established. Get some bees.

I will try add photos along with my guesses on plant identification as I am starting out.

Bruce Quimby wrote:Home roasters here. After using a Hario Slim for several years we wanted to upgrade to something that gave us a more consistent grind. Recently purchased a Lido 2 and love it. Highly recommend it. The grind is consistent, widely adjustable. For our grind it takes maybe 20 seconds.

We are Aeropress users.

We will hack the unused Hario Slim (per online instructions to improve the grind) use it for travel.

We are really wanting a Lido 2 but our 2 Zassenhaus (one Panama, one antique) will not wear out.
show more
5 years ago
frugality

What do you use to control moles?

Cristo Balete wrote:Zenais, I've got a book called Northwest Weeds, and you can find lots of natives in the book. Natives are great because nothing bothers them. Yarrow, English Plantain (also good for itchy skin, smash the leaves), dock with the tall spiky seed stem (just clip the seed head to keep it under control) Crane's bill and wild geraniums, sweet pea flowers which you can start early before you plant vegetables, and there are perennial sweet pea flowers, lupine.

Not weeds, but they leave these alone, daffodil bulbs (plant down at 6" so you can plant lettuce over/next to them), day lillies, gladiolus, herbs.

The only things I avoid are weeds that seem to have growth inhibitors, like anything in the sunflower family, gumweed, (sunflower family) a couple kinds of sow thistle (not purple thistle, but the ones with yellow flowers)

Walk around and see what they avoid, and as long as it's not too invasive or hard to thin out, save the seeds, and start spacing them along your rows. Hope this helps. 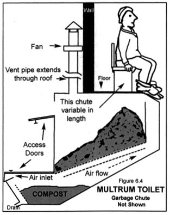 Regular toilet with worm bin septic system.
Wendy, the author of that article, is here on Pemies. Do a search for her, or for another thread where she posted a bit on the topic. (I am not able to link right now, sorry!)