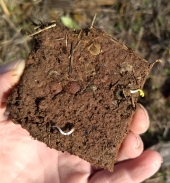 Reforestation - Growing trees in arid, barren lands - by Seeds and Clay cubes (no watering)
Hey, thanks for all the updates! My girlfriend and I came across this video and I had to share.

Shasta County... Help create mini Krameterhoff (spelling?)
Updates. I thought I'd emphasize the direction I'm headed with the farm. When I originally posted "Mini Krameterhoff" I was referring to a few specific things about Sepp Holzer's operation that I would like to attempt to replicate.

One is that I would like to make money. I have personal convictions about living sustainably, leaving the earth better than I found it, be the change I want to see in the world, etc... But I am a realist I need to pay the bills and I like security. Permaculture not only feeds my convictions, but can be used to maximize profit as Sepp has shown.

Another is to be multi faceted... Providing rare and nutritious foods that people can't normally get in this area because of average Ag practices, having eco tourism, selling arts and crafts, foraging.... The list is endless... Permanent... Permaculture!

I'm looking for true wwoofers. I've gotten some responses from survival/bushcraft folks looking to just survive. I appreciate those efforts, but I need people who can help with the labor, the business, healing and herbal medicine... Logistics in building a thriving micro community.

Understand that this is the opposite of a cold climate environment where you spend a short 3 month summer preparing for a long 9 month winter. There is hardly an autumn season here it's 2 months winter, 2 months spring, 7 months of summer and about a month of autumn mid Oct to mid Nov. Desert folks are my best bet, but I'll consider anyone looking to contribute to the same efforts.

Free Stuff - Look at what I got today.
I'm a carpenter/furniture maker by trade, plus a musician and a scavenger... Here's the result of a lot of free time after work around 2010 when I lived in a trailer on a 160 acre horse ranch. It had an old junkyard on about an acre (not a landfill, but but old cars and trucks and farm equipment... Useable metal!) Here's one of my creations from that time. Coincidentally, our neck of the holler where my land is now was also used to store vehicles and such by the OG homesteaders and I'm finding much artistic media to feed my creative needs. You'd think I'd have a workshop set up on my own property by now... Time...
show more
4 years ago
frugality

Konstantinos Karoubas wrote:What about the pine beetle where you are ? Any effect yet?

The reports I've heard is that the beetle problem is mostly in Colorado. I make furniture and the blue wood is nice to look at, but it's a serious problem. If I remember correctly I think I read that the main plan of action is to log as much of it as possible to try to contain the epidemic. I don't know whether or not if a continuous band of the same trees reaches into California, but presumably all of the American West needs to watch their pine populations.
show more
4 years ago
plants

I've been communicating with Konstantinos in Greece through this thread and have discussed many happy accidents in his attempt to reforest the northern part of his country. https://permies.com/forums/posts/list/360/14353?OWASP_CSRFTOKEN=WNVR-W20L-8H51-ROKZ-ZMG6-4RR2-1CP0-PGWQ#468744

My favorite of my own is a true accident... Where I bought the land. I knew of many good attributes when I bought, but the one thing I couldn't know is that the national forest behind me was leased by cattle ranchers on a 99 year deal. In addition to fertility from the natural pasture fed cattle washing down the seasonal creek right through a corner of the property, there is a sub-lease to a bee keeping business with maybe 50-100 hives about a mile away. In addition to that the property across the street was at one time used for bee keeping as well and many hives have continued to thrive long after human care has ceased. I have bees buzzing all season and huge swarms in spring. I'm looking to brush up on my bee knowledge and plant some bait hives before next year's swarms.

Another is when I accidentally collected tadpoles from the Creek when I needed water and now I have some growing tadpoles and a small frog community in my garden. Who doesn't love frogs?? 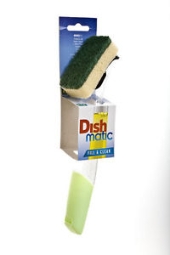 washing dishes by hand vs. dishwasher: water, expense and time
I grew up in the suburbs and we always had a dishwasher. To this day my mom scrubs everything before loading the washer and it comes out dirty. She hates every dishwasher she's had. My dad never had one growing up and I noticed at one point in my life that when he washed the dishes it would always be by hand. I also learned later that he was in a sort of state of meditation when he washed dishes. Since high school when I realized all of this I have not used one and can get meditative in the same way when I wash. It taught me about that style of meditation which lends itself well to many permaculture choices... Scythe instead of weed eater, chopping wood instead of using gas, etc.
show more
4 years ago
alternative energy

Reforestation - Growing trees in arid, barren lands - by Seeds and Clay cubes (no watering)
Well, let me talk about the drought from my perspective. I was wondering if the "California drought" news had reached others around the world. Now remember, I live in what's known as "Jefferson, 51st state of the union" (all counties north of Sacramento). We do not have a drought up here nearly as bad as central and southern California. We would have no drought at all if we were not sending billions of gallons down the Sacramento river to end up in the California aqueduct to feed a ton of Big Ag type farming. The big Ag industry has managed the farmland in the central valley so poorly that wells are toxic, rivers run dry, etc... There's little regard to rainwater harvesting and groundwater restoration there. And Southern California has been a desert for thousands of years. It's only in the last century we've been "greening it" with front lawns and heavily manicured and chemicalized landscaping.

And up in this part of the state it's only slightly better. We have the Siskyou, Lassen, Trinity Alps mountain ranges surrounding us with yearly snowpack and many creeks and springs, but again, we have dammed up a ton of rivers and use the outflow for electricity more than for freshwater. We don't do much groundwater restoration either. We try to manage fish populations with hatcheries, but they need access to the ocean and all the way up into mountain streams to thrive. It's all very sad.

A friend I have known since high school lives very close to me now and works in the wastewater treatment industry. At the local plant the goal is more about sterilizing everything, separating the solids and returning the water to the Sacramento River. The solids are periodically dredged from the outlet ponds, but I don't think they could be used for fertilizer because chlorine is used to cleanse the water, a system that is on its way out it seems in much of the state. Many plants simply use aeration and a series of ponds in an actual bio safe way. I don't know the USDA policy on humanure on food crops, but I believe the solids are mostly absorbed in the soil by reeds and other aquatic plants in the outlet ponds. In many places the reclaimed water is used in landscaping and given to local residents to use in gardening and landscaping. The governor is trying to make the recent water restrictions in many central and southern counties permanent.

"Whiskey is for drinking. Water is for fighting over." That's never been more true in California and as such, this post could be a novel...
show more
4 years ago
plants