Paleo but not weight loss.
Thanks for the reply.

I know that diet doesn’t build muscle but was wondering if changing my diet might help. I exercise so much, I’m outside all the time, walk for miles, cycle regularly, spend all the time in that garden carrying sacks of animal feed and soil. It just seems that no matter how much exercise I do I just don’t build any muscle, and I’m always tiered (probably a side effect from too much sugar!).

I’ll check out those YouTube videos, thanks
show more
10 months ago
paleo
Paleo but not weight loss.
I need to change my diet, I eat pretty well (lots of veggies, good quality meat) but also lots of sweets, sugar, cheap white bread and coke.

A lot of what I’ve read about paleo seems like it would be good for me.  I’m very lethargic, get tired easily, struggle with my dental health. And I think that paleo will help with all of those things.

My only issue is that everything I read talks about weight loss and I really can’t afford to loose any weight, I’m very light for my height and, although I eat, have never put weight on (sorry - you have no idea how much people object to that!).  I also have no muscle mass to speak of, I walk a lot, do so much gardening, lifting, work in a pretty manual job but just do not put any muscle on at all.  Even when I walk 10 miles a day, 2 or 3 days a week I don’t build any leg muscle.

I guess my question is, is there any way to ‘do’ paleo without loosing weight?  And, will ‘doing’ paleo help me build muscle mass, be stronger and less tired?
show more
10 months ago
paleo 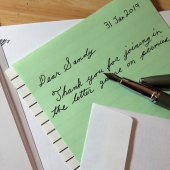 The Next Poster Gets A Letter (And The Next...etc.)
Cool! I love letters. Next person gets one from the UK.
show more
11 months ago
meaningless drivel

Homegrown Linen: transforming flaxseed into fibre - KICKSTARTER
Yay! Look what the postman brought!  If it’s made it all the way to my soggy corner of this very soggy little island (England) I’m sure everyone has theirs already.

I can’t wait to start reading but unfortunately I have to feed my children first.
show more
1 year ago
plant fibers 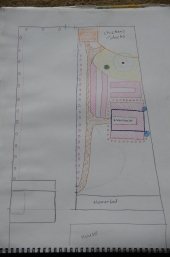 Plans for my garden
Hi,
It seems like ages since I posted this thread and I thought I'd update anyone who commented on how I've got along.  It's been a lot of work, and I've still got so much to do but we are finally living in our own house, I got some produce from the garden this summer and all our animals are happy.

There is a (rather picture heavy) post on my new blog that I've started to try keep track of what I'm doing - https://spottyduck.wordpress.com/2017/01/01/spotty-duck-hq-then-and-now/

I pretty much stuck with the plans on the drawing up the thread, the greenhouse is closer to the house and some changes in raised bed sizes and shapes but the basic idea stayed the same.  I never got my wildlife area or pond done so that's a job for early this year.

I can't believe how well things grew this year, yes some things got neglected as life got in the way (I pray to any god that cares to listen that I spend less time in hospitals with family members this year) but things grew, my garden was green and jumbled and full of flowers and yummy veg (I even had to give some away to our new neighbours as the freezer was full and we couldn't eat them fast enough!).

I can't wait until the winter is behind us and I can start again with earnest!
show more
3 years ago
gardening for beginners

David Livingston wrote:Hi
I used to live in Weardale so I know the area

Have you given thought to intercropping your Fruit trees with Black Currents etc and are you high enough for cloud berries . How about some Bees ?
No shortage of Rain so how about some rhubarb?

Weardale is just down the road

I had planned to put fruit bushes along the dividing fence down the middle, I was trying to avoid anything low that we would eat in the dogs bit - to avoid the dogs pee'ing on it or eating it. I guess we could just harvest the higher fruits and leave (or feed to the chickens) the ones lower down in dog wee range.

Not sure about cloudberries I will do some research.

Bee's I would love but the mother in law is terrified of them so they would never visit (and I get on with my in laws so that would be a shame!)

Rhubarb I was going to space amongst the fruit bushes along the dividing fence. None in the dogs bit as the leaves are poisonous (not so much for current dogs but if we got a puppy at some point.....).

Thanks
show more
3 years ago
gardening for beginners

Galadriel Freden wrote:I would like to add that we have done something similar with our similarly sized Yorkshire garden--roughly divided it into a grassy half and a growie half, and like you, we initially had the growie bit at the back of the garden, far from the house. I learned, over several years, this was just too far for me to bother gardening every day. Even though I had to walk by it to get to my chicken coop, often it went several days without me actually visiting it. Maybe it was raining, maybe I was too busy, maybe I just couldn't be bothered...in any case, I did not get back there to notice pest infestations, rampant weeds, overripe fruit, damage from cats digging, etc. Productivity was lost.

Last year I moved the main bulk of my growies to beds closest to my house, bordering on my patio. When watering my window boxes and planters, I could see any problems and deal with them immediately. It really required no extra effort, even in the rain, even when I was busy. I saw when things were ready to harvest, and harvested! When the beds were at the back of the garden and it was raining (or I was tired, or stretched for time) at dinner time, I would instead rummage through the fridge to find vegetables; this happened frequently.

Even though the farthest I had to walk from the house to the back beds was no more than 10-12m, it was still just too much of an effort. I therefore suggest keeping the veg beds closest to the house.

My thinking was that I could have the 'pretty' perenial bed close to the house and the raised beds further away. This way the view out the house window was pretty, rather than raised beds, and so that the raised beds weren't shaded by the plants in the greenhouse when the sun was in the south (although I don't think this would be that big a problem).
I'll bare in mind what you say though,
Thanks
show more
3 years ago
gardening for beginners

Is that a curved fence around the chicken run? Curved fences tend to sag, work themselves loose, or cant. For that reason, I prefer straight fences.

I had thought a curved fence would be nice, but The Husband will be building it and the first thing he said when I showed him my plan was that the fence would have to be straight!
show more
3 years ago
gardening for beginners

Casie Becker wrote:Have you designated an area or a plan for handling garden waste such as prunings or chicken litter? Most garden excess can be easily cycled back into the soil to increase fertility, but most methods also require an area, such as a compost bin, to work in.

I'm also not seeing any type of watering plan. Do you have dry spells where you'll need supplemental water? On the other hand, are you prone to heavy or sustained rains where you need to divert the excess to avoid drowning the plants? Often you can use your land's natural slope to help manage natural rain to your best advantage, so if you're still planning, you may want to start by determining that slope.

I have two compost bins that I've just moved to the house, at the minute they are in the to corner (where the chicken run will be). The plan is to place them somewhere between the chicken pen and the greenhouse, maybe between the rowan tree and the fence - that way I'll be able to reach them easily with old chicken bedding and with garden waste (although most garden waste will go to the chickens first) but the widlflowers will disguise them a little.

Not much chance of a dry spell here! Although I plan to collect the water off the greenhouse and chicken shed roofs for any water I might need.

The soil is quite heavy, peat based soil and I know from our old garden that it will hold water quite readily. This is a big part of the reason I have gone with the idea of raised beds rather than planing into the ground, at least I have a little more control of the soil from day one. I'm busy researching plants that will improve the soil structure and drainage (I would imagine planting fruit trees would do a lot of good).