7 acres in the santa cruz mountains looking for help

David Hernick wrote:Me and my young family head to Santa Cruz every so often.  Maybe we could help out for a day or every so often.  You are super lucky you found a spot like that, we were looking in that area a few years ago.  The Santa Cruz Mountains is one of furthest north place I have heard of market avocado orchards.   I have fantasized about an Avocado CSA based on varietal diversity. Cheers. David

Hey David - very cool! It would be great to meet you and your family next time you head down this way.
show more
3 years ago
jobs offered
7 acres in the santa cruz mountains looking for help
We just moved onto this property and I had a lot of plans that I was looking to implement myself but a job came up at the same time I couldn't resist and am now looking for help building out our property into a permaculture paradise. We are in the mountains at the end of the road overlooking a valley and are quite blessed to have found this spot. We are a young family and are open to other families or individuals who want to co-create with us.

Here is our wwoof profile: https://wwoofusa.org/farm/mucalinda/

We are looking for long term help developing our forest gardens, building a few yurts and a natural building. There is also a lot of maintenance, fencing, terracing, shed building and upgrade work that needs to be done as well.

In terms of work load compensation - we can go as low as 5 hours a day or as high as 8 hours a day, 5 days a week. The low end would be 3 shared meals a day and housing and the high end would include a weekly stipend commensurate to experience and the type of work being done. Ideally we would find someone who is inspired to help us create something beautiful here and would want to live with us in the longer term as part of that goal.

Thanks for your time and interest 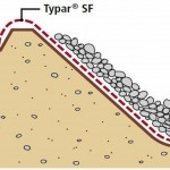 Pond or swales to help with erosion?
Necrobumping this thread as I've got a somewhat similar situation to Cristo's here on a property we just purchased, also in California (North/central coast). Cristo I am wondering how your setup faired during this epic rain season we are having this year? Hope all faired well...


Michael Newby wrote:How well vegetated are the hillsides?  I would look at ways of slowing and infiltrating the water as high up as feasible then work your way down the property.  If the hills are too steep for swales or terraces then you can still plant shrubs and trees on contour which will create a type of swale on contour as the plants collect debris that's making it's way down the hill.  .

Michael - Are you suggesting a small contour line (keyline?) which is then planted? Or are you saying simply plant without digging any lines?

Our home is at the top of a bluff with about a 30-40% grade grassed hillside for about 70 feet before a forested treeline. As it is a severe slope I am hesitant to even attempt terraces for fear of waterlogging the hillside and losing it (and subsequently part of the house) during a big rain event like we had many times this year. I was thinking to simple plant out polycultures on the hillside without any water diversion to ensure no increase in chance of a slide. I've ordered the water harvesting books - hoping that might provide some insight, but welcome thoughts from folks here. Thanks.

The really big one - concerns about earthquakes
I grew up in the bay area and felt the force of the '89 quake. It was enough to let me know there are forces at work under the earth we can never fully comprehend. The fact that this one will be on a scale that humanity has never recorded is enough for me to stay down south where we have ones that are manageable. The lack of infrastructure is just a nail in the coffin. I admire you guys and your persistence in the face of adversity but the risk/ reward ratio is just a bit too low for me on this one.
show more
4 years ago
cascadia

The really big one - concerns about earthquakes
After reading the advice of a few threads here for places to get cheaper land, I started doing some research on plots available in the williamette valley. Then my partner's mother (of all people) sent her this article:
http://www.newyorker.com/magazine/2015/07/20/the-really-big-one

Needless to say it has put my search for land in the PNW on hold...

Question for you all here:  Are you including resilience to such events into your design? If so, how?
show more
4 years ago
cascadia
Zone 6 nutrient sink
I actually forgot to mention that I am in Bavaria, so about those rosy reds - do you happen to know what the european equivalent might be? They seem like a fantastic choice for what I need(outside of the native issue).

I hadn't thought of water plantings, but that also sounds like a great idea.

My biggest question around the design here is in which pattern/ structure I should be planting the willows & bald cypress. Is it enough to simply plant them next to the existing stream (the stream itself is about 3 foot depth below the rim where the topsoil is)? Or do I need to move the earth in a way where the water has more exposure to the roots of the tree?

Also, I watched that video you posted about mycoremediation - I love Paul Stamets! The guy is a genius. I saw this or a similar video a few years ago and completely forgot about it. Anyway, in the video at about 10 minutes in, he mentions a technique uses with some kind of myco brick to block runoff. Do you by chance have a link or more info about this technique (or maybe its not applicable to my situation)?
show more
7 years ago
rainwater catchment
Zone 6 nutrient sink

John Elliott wrote:This sounds like a job for **Mycoremediation**

What I would suggest is to plant the willows AND make sure that the willows are heavily inoculated with mycorrhizal fungi. The combination of the two will do more to remediate nasties in the runoff, than either one can alone. Eventually, if you plant just the willows, they will acquire some mycorrhizal fungi from spores that blow in, but there is nothing like pouring a cup of mushroom gazpacho in the hole when you plant the willow to make sure that there is plenty of fungi there.

I'm glad to help you plan out this remediation project, but I have a few questions:

Are there any willows there now?
Are there any oaks in the area?
What do you mean your pond has been taking abuse? Can you be more specific? Algae bloom?
Have you considered planting bald cypress as part of the water management?
How big is the pond?
Anything living in it? Fish? Turtles? Duckweed?
Are you interested in using the willows as a coppice?

Thanks very much for your post and your offer!

To answer your questions:

Are there any willows there now?

-- There are willows in the area, but not there directly, no.

Are there any oaks in the area?

What do you mean your pond has been taking abuse? Can you be more specific? Algae bloom?

-- Yes, exactly. There is a constant film of goop over the top of the pond.

Have you considered planting bald cypress as part of the water management?

-- Haven't considered them, but definitely would!

How big is the pond?

-- The pond is about roughly half the size of an olympic swimming pool in terms of volume and the largest area is about 100m long and 10m wide.

Anything living in it? Fish? Turtles? Duckweed?

-- There were some fish at some point, but I don't know if they are still there at the moment. If I was them I would have swam upstream long ago to escape the nutrients.

Are you interested in using the willows as a coppice?

-- I've thought about that (as coppicing might encourage nutrient uptake?) and we definitely could do that, yes. However I actually would prefer not to with them as this is zone 1/2 and directly in the line of view from our porch.

I've got a pond on property that is downstream of a very slow moving stream that is fed by 15 hectares of conventional farmland. As a result the nutrient load that my pond is taking is downright abusive (among who knows what else). So now I'm trying to think about ways to filter the nutrients as soon as it gets on property using something like a reed bed (not sure about this because of deep freezes in winter) or willow trees (not sure about how effective they can be compared to reeds). I also have questions about how to design something like this. Is rerouting the stream zig zagging around a number of willows enough to pull the nutrient out? Or should it be converted to more of a flood plain/ marshland?

Thansk for your help all

Crt Jakhel wrote:Um, sorry, massive misunderstanding. My question which you replied to was to Hector in Szentmargitfalva. Germany by bicycle, from Slovenia, is, well... It's a serious trip

Crt Jakhel wrote:Oh - must be more than one village with this name then. 4-5 hrs by car s too far for me as my main transport is the bicycle. Well... Best of everything to you.


Yep, they do that in germany for some reason.