Comfrey Root Cuttings For Sale - Canada Only
I have some for sale if you're still in the market for Comfrey. Thank you.
show more
3 months ago
resources: seeds, plants, honey, consulting, etc.

Overseeding lawn with Cover Crops
So the buckwheat with fava beans grew quite nicely in the small patch under an apple tree, with some Lambs Quarters that sprouted and was able to match it's height with the buckwheat. I seeded the buckwheat with white Dutch clover, and the clover is doing well as an understory to the buckwheat which I will soon chop down as a phosphorus rich mulch allowing the clover to thicken up. I've also posted a picture of the big rectangle area that was seeded with oats and some phacelia flower and turnip. The flowers (other than what showed up) and turnips were all enjoyed by the rabbits so I planted some potatoes at the edge of the area. The potatoes look good, the oats are growing, but they are getting some competition from the grass that wasn't killed off enough as I was a little too shallow on the tilling. I expect to grow the oats until winter, and longer if they aren't winter-killed. 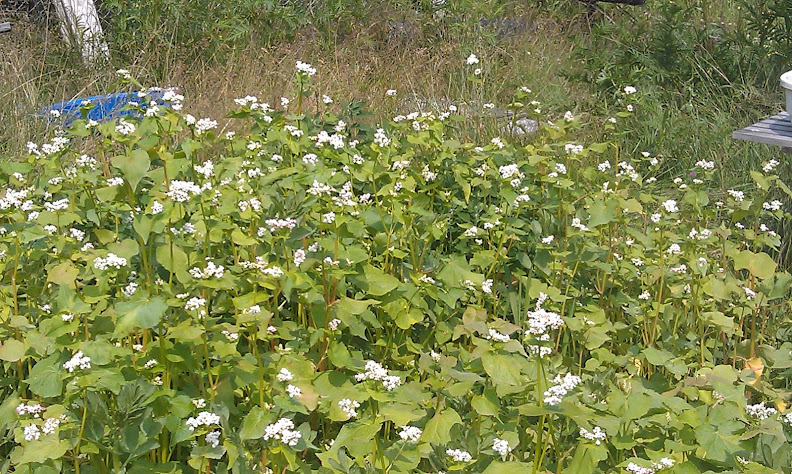 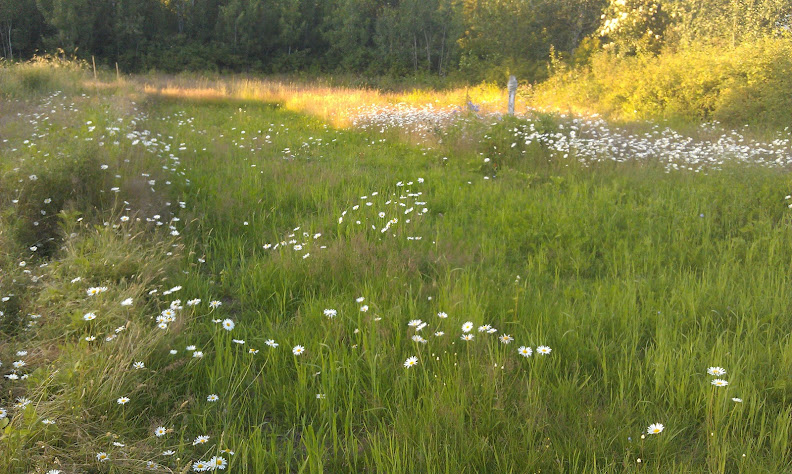 show more
9 years ago
cover crops
what kind of mushroom is this? What is the name?
It could certainly be an Earth Tongue, Microglossum rufum. I wonder what the substrate is that it's growing on, as it sounds like Microglossum rufum likes wood.
show more
9 years ago
fungi
Weeds: Guardians of the Soil by Joseph A. Cocannouer
I read it a few months ago and really enjoyed it. I like the author's style of writing and the information in it is quite useful. It incorporates many methods and concepts that would fit in here. It gives some useful facts on the weeds that are needed for different situations, and stresses the needs to have a controlled weed population. I've been taking his methods to heart this season, though weeds can get out of hand (for me buttercups mostly, but the clover is doing great). I'd suggest giving it a read, plus it's free. I'll list the contents below:

Overseeding lawn with Cover Crops
So I ended up using the tiller on the big patch of grass and seeding with buckwheat and some areas in oats. I wanted to try the sod cutter, but I had free access to the tiller. I did this in early May, and it's been a bit slow going but is now starting to speed up. 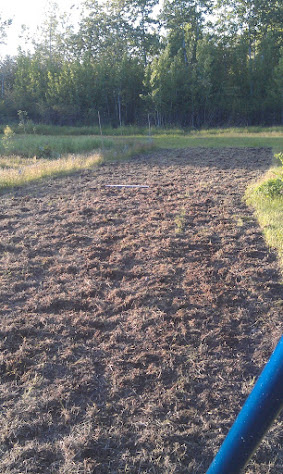 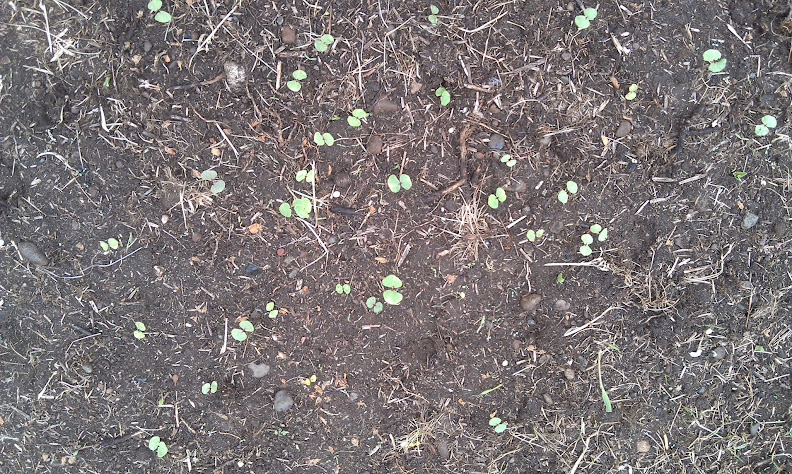 I have a small square which was planted about a week later on a slope under an old apple tree. I tilled, then planted with buckwheat and fava beans. It's been growing multiple times quicker and is now starting to flower, whereas the big patch in the first picture looks like it's 3 weeks old. The quicker growing stuff gets more shade and is next to a patch of clover. 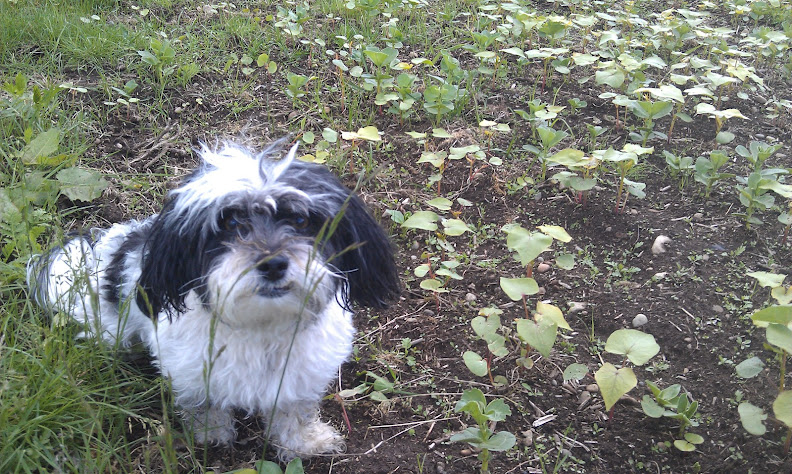 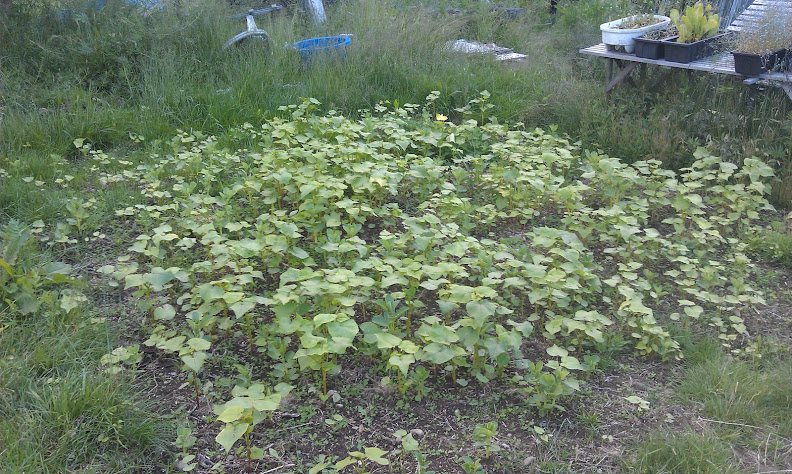 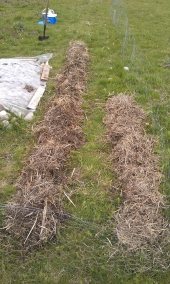 Hoping to avoid a total potato disaster
So how is everyone's potato crop? Mine are a bit slow, but doing just fine, and are now providing some tasty new potatoes. As you can see, the grasses and some tansy grew up tall around the hills, which I've now tucked around the plants as a mulch. My plan is to give them another feeding on top of the mulch (rock dust and bone meal), then cover them with more soil to bury the grasses and hill up the vines. I've been a bit lazy in keeping the grasses down, but so far the plants are doing well for having been frost bitten early in the season and having a rainy June. 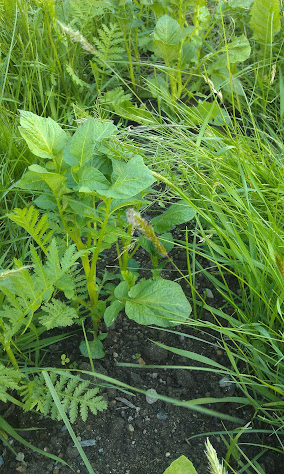 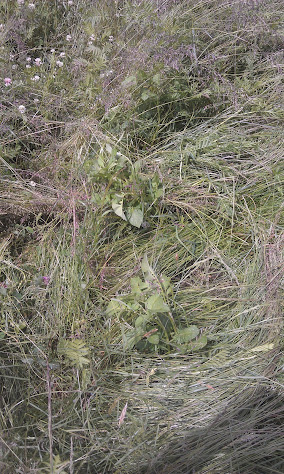 I've got a few different experiments going on, and this method seems to be working better than my in-ground potatoes and my grain shaded potatoes, but they are slightly smaller and less bushy than my trench dug potatoes. What everyone else is up to potato-wise this season?
show more
9 years ago
plants
(IM)PERMANENCE Film Episode 1 online!
Awesome stuff, very well done. I really enjoyed the variety. Particularly Martin's forest garden, the willow and plant "nitrogen" filters, and alley cropping. Glad to see all the neat things going on over there. Episode 2 was great too, keep up the good work.
show more
9 years ago
movies, videos and documentaries
Wanted: Jerusalem Artichoke tubers
I saw them at the local safeway today. They were all green and sprouting. There were about 4 to 5 per pack at $4.99 each.
show more
9 years ago
resources: seeds, plants, honey, consulting, etc.