Alan MacLeod
Posts: 1
posted 2 years ago
It is recommended that a minimum slope of 1/4"/ft be maintained for horizontal runs of stove pipe. How do you do this without distorting the
pipes at the beginning and end joints of double wall smoke pipe and thus allowing smoke to seep out at these joints?

posted 2 years ago
If smoke is seeping out, then the draft is too weak. Not good. The stove won't burn properly.

The only time I used a horizontal stove pipe ....actually the pipe had a 2" rise for every 12" of run....was as an experiment in a greenhouse where I was drying and storing winter firewood for heating our home. I was using the older steel box stove that we had replaced from the house. It was a good stove that could throw a lot of heat, so rather than waste most of it up the vertical stove pipe, I tried a long pipe running the length of the small greenhouse, about 20' long. Because of the long mostly horizontal stove pipe, the stove was slow to fire, but within about 15 minutes it was up and running.

Now for the problems I saw, other than the stove taking a while to set up a good draft.
...liquid "creosote" would drop from the seams. I had connected the stove pipe pieces as I would for inside the house. Creosote wasn't a problem with the house stove because the stove pipe was a straight vertical run through the roof. So I dismantled to horizontal pipe and reversed the seams so that any liquid would drain back to the stove.
...creosote build up was horrific. The horizontal stove pipe released its heat into the greenhouse alright, but that meant that the smoke was cooling off and building up creosote inside the pipe. Creosote build up was worst when the stove was loaded then banked down -- it was not run like a rocket stove, that is, full blast. It was run for a moderate burn, like most wood stoves are operated. I found that I had to clean the horizontal stove pipe every 2 weeks or risk a chimney fire.

As for the end connections, I used a jointed connector. I don't know it's actual name, but it's one the you can twist to make the needed angle. It goes anywhere from being straight to a 90° bend.

Su Ba wrote:As for the end connections, I used a jointed connector. I don't know it's actual name, but it's one the you can twist to make the needed angle. It goes anywhere from being straight to a 90° bend.

90 degree adjustable elbows are extremely adaptive. I even used one as a straight section. 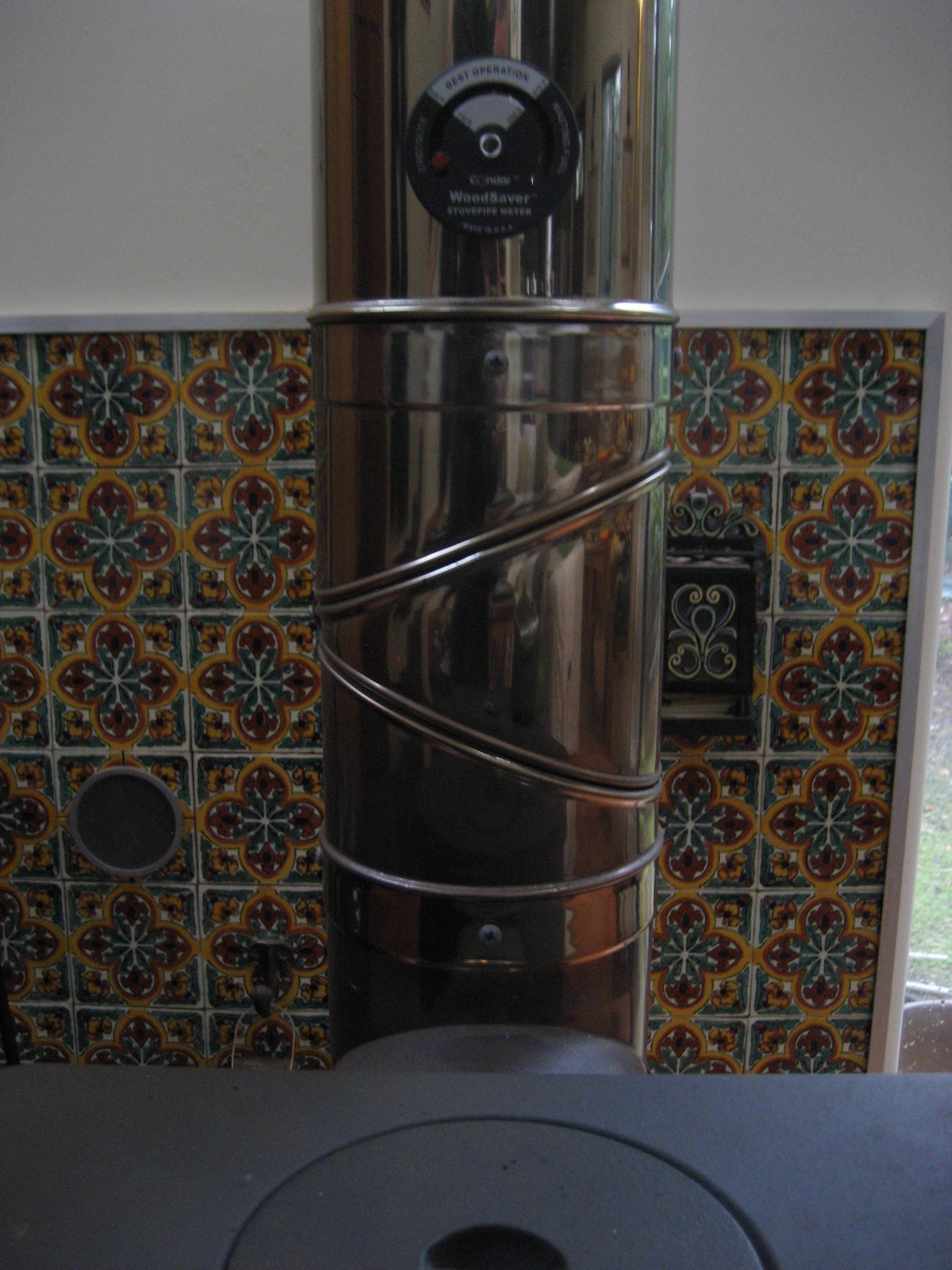 As to horizontal flue runs, in my opinion it's best to avoid them at all costs. I only use straight vertical single wall stainless steel flues all on the inside the house because they draw like crazy, radiate maximum heat all the way up, are good for at least 1,400 degrees, and last indefinitely. 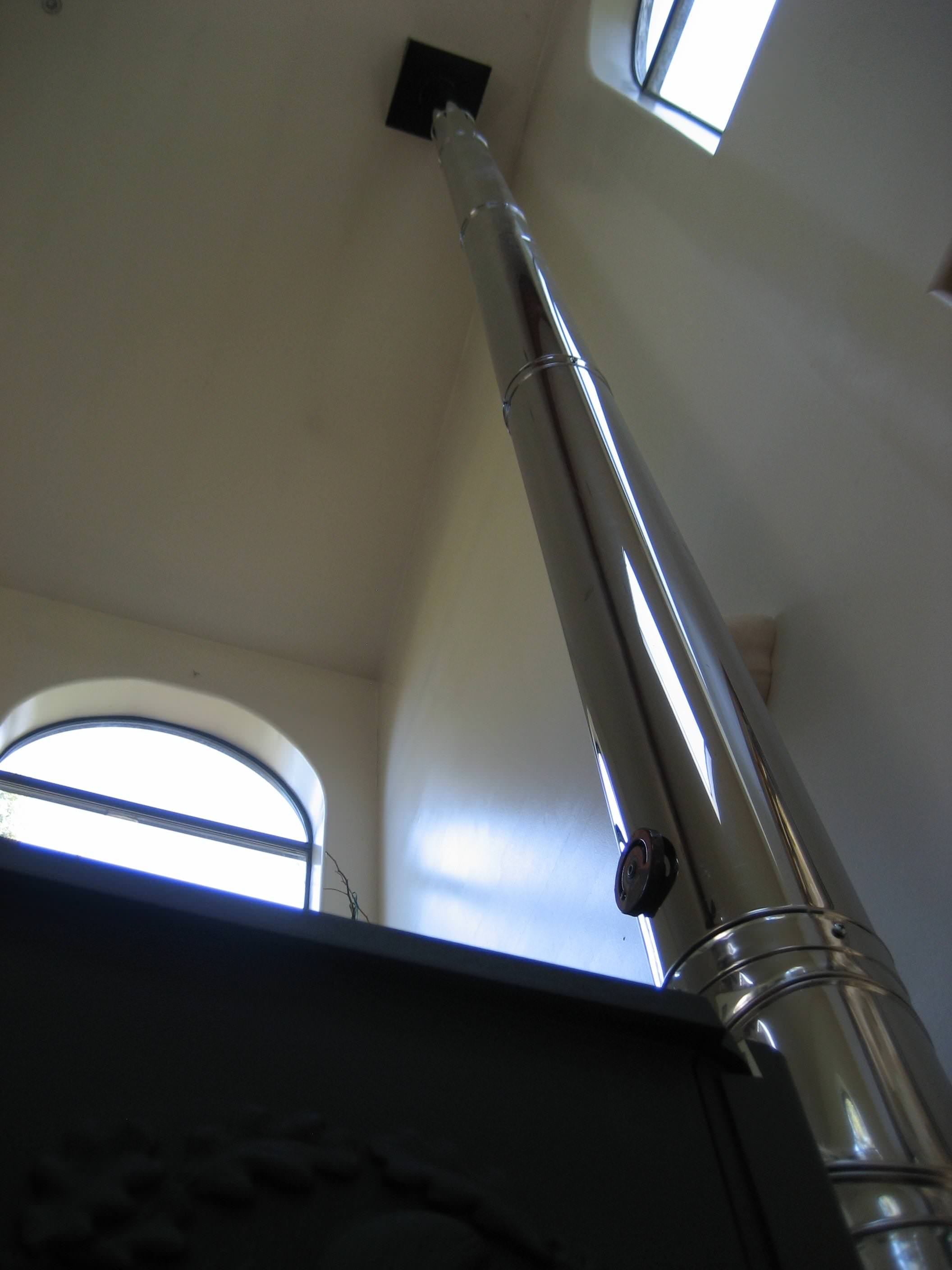 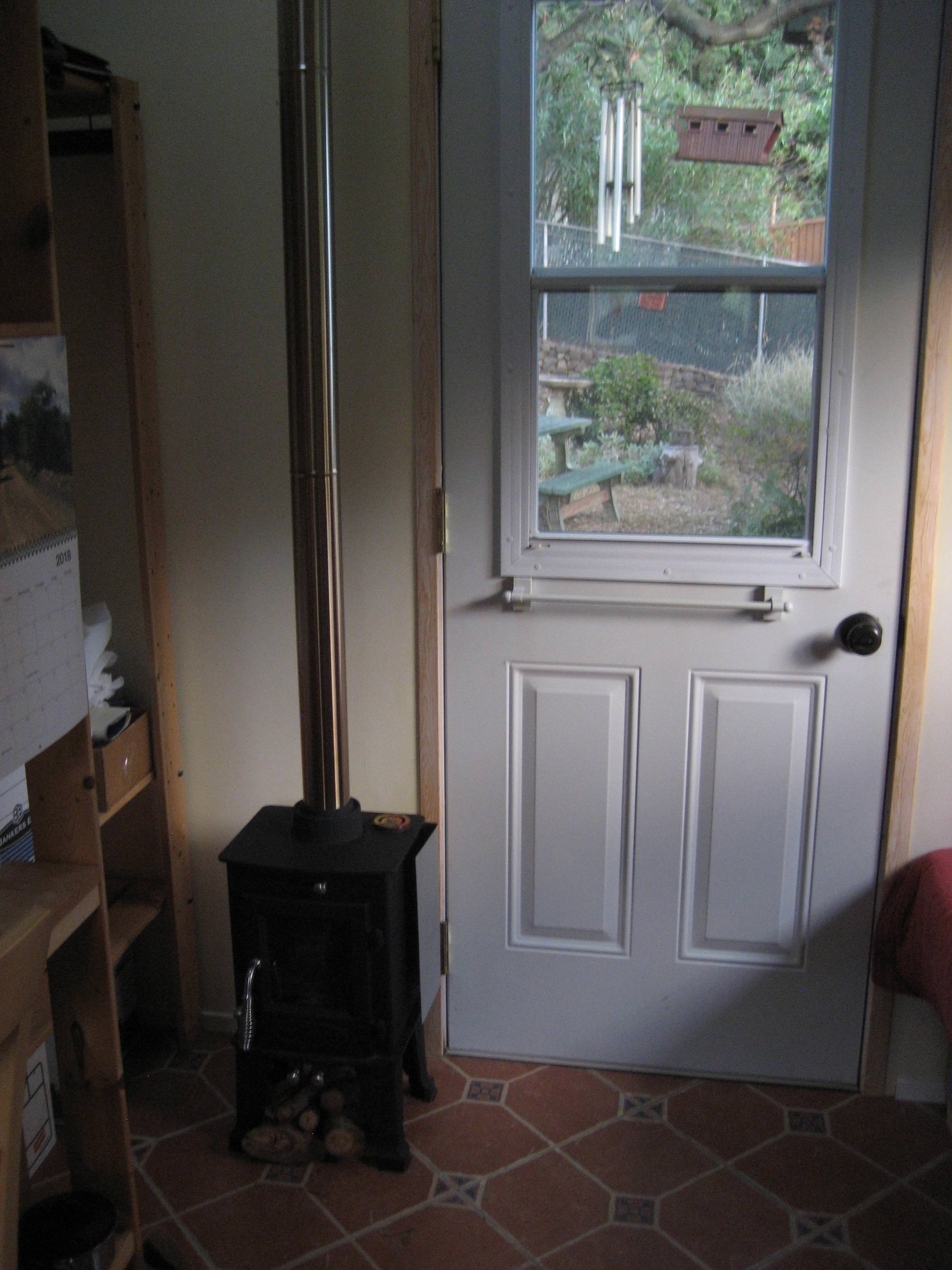