posted 2 years ago
I've read many posts about the value of planting nitrogen fixing shrubs between fruit trees.   Occasionally a specific shrub is mentioned (usually autumn olive) but I can't find a topic just for this.       I'm planning a group of pear trees and don't know what to plant around them.  In that location I have a mock orange, forsythia, and weigela, all of which are just big messy things that I will replace if they aren't useful to the pears.

More importantly, does anyone know of a resource or list of the most common nitrogen fixing shrubs grown in america?   Or how to determine if a shrub is nitrogen fixing?   Most nurseries and university botanical sites don't mention this quality.   If not, can we start a list in Permies?

I'm not sure how this post landed in "hugelkultur" - can it be moved to "trees" ?
Mike Haasl
master steward

posted 2 years ago
Here's what Google gave me when I searched just now.  Pretty nice blog post on the subject...   Eric Toensmeier - All Nitrogen Fixers Are Not Created Equal

posted 2 years ago
Use the Plants For a Future database:

posted 2 years ago
Personally I just use dutch clover as my nitrogen fixer.
It's not a shrub just a short ground cover that fixes 200lbs/acre, I think that everyone should use it instead of orchardgrass.
Most nitrogen fixers are legumes. And there is quite a few legume shrubs. A quick google search will show you what legume leaves look like. The fruits are easy to identify too aka a pod and so are the blossoms.

Adler is another really good nitrogen fixer it isn't a shrub or a legume though, but if you prune, it can be treated as a shrub.
The Goumi/Autumn Olive/Seaberry family is another set of nitrogen fixing plants. They don't add alot of nitrogen to the soil, but they do produce delicious fruit.

In my humble opinions an establishing food forest should be 80% legumes.
A mix and match of ground cover clovers/etc, shrubs like pigeon pea and trees like honey locust.
At maturity as they get shaded out and culled, a min of 20%. (Which can just be dutch clover ground cover, but 20% devoted to huge honey locust tree as say a shade plant is okay in my book.)

Picture of a legume 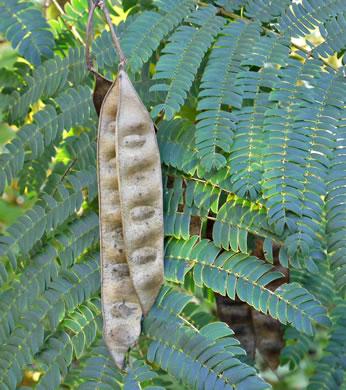 posted 2 years ago
For me, the best choice is Siberian Pea Shrub, since it grows nicely in my infertile sandy soil. Combined with wite clover ground cover and a few honey locusts.

Gert in the making

posted 2 years ago
I love my honey locust trees but for folks unfamiliar with them, they are one of the many ambiguous legume trees that is non-nodulating and of uncertain status as a nitrogen fixer.

Hence my use of the term "ambiguous" and the phrase "of uncertain status."

There are legumes we know with certainty are nitrogen fixers.  And there are many more where we don't know, but have reason to suspect they might be.  Honey locust is emphatically on the latter list.  A point which I feel obliged to make from time to time in threads where it is being discussed as if its nitrogen-fixing status were firmly-established.

posted 2 years ago
Nitrogen fixing bacteria live inside Legume in:
1) traditional root nodule (xylem to cortex to root hair)
2) stem nodule
3) root (unlike the traditional protruding root nodule, this only live inside the root cortex)


Others live outside legumes between the root hairs in sticky/gummy extrude.

And finally some just live anywhere in the soil freely

In duckweed the nitrogen fixing bacteria (anabaena azollae) lives inside the leaves without any nodulation. 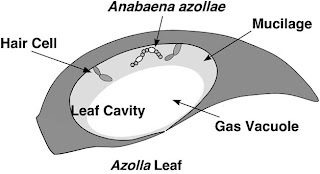 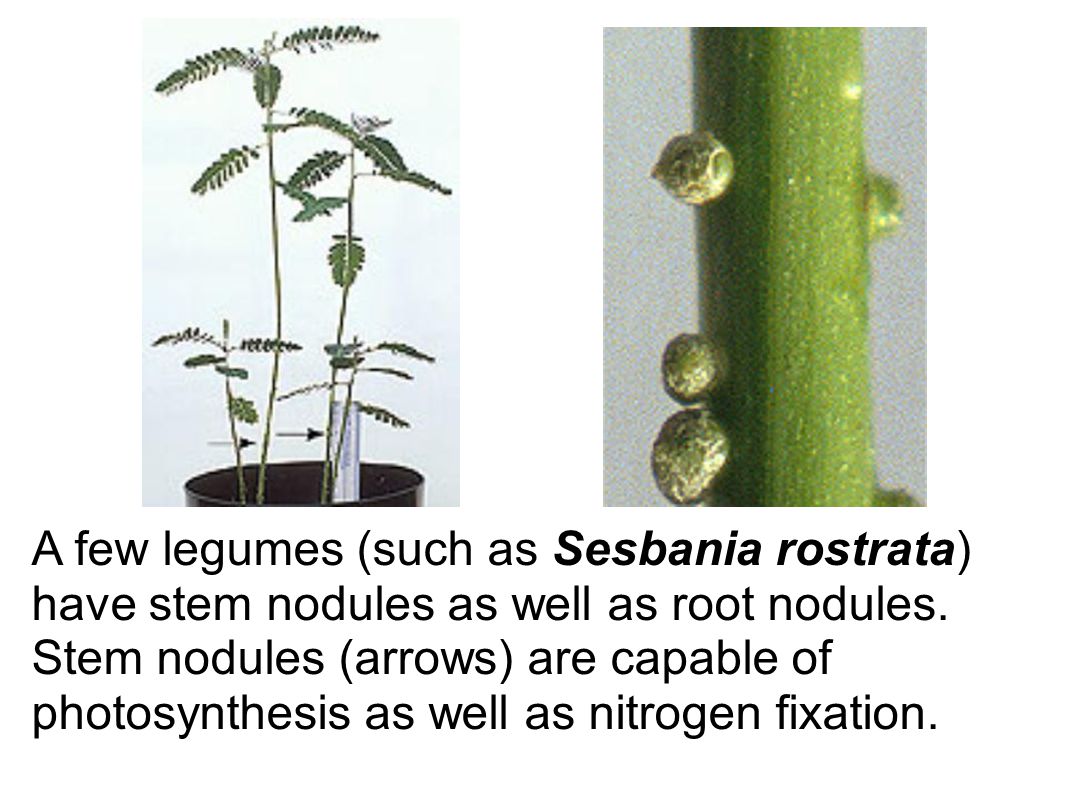 posted 2 years ago
When Nitrogen is taken into a plant through the roots it is ammonium broken down by the bacteria.
When the Nitrogen comes in through the leaves it is free nitrogen that is then combined with other atoms to make the form of Nitrogen the plants can make use of.

The air borne nitrogen requires an expenditure of energy by the plant to convert it to a useable form.
The nitrogen that comes in through the roots requires less energy from the plant since the bacteria in the nodules or within the root proper have done the majority of the work for the plant.
Currently a "Nitrogen fixer" is one that makes greater use of soil ammonium through the symbiotic relationship of plant to bacteria.
Studies are on going in this area and it may well be that what is currently know becomes less important and / or the current definitions and ideas of what makes a plant a "nitrogen fixer" would then be changed.

posted 2 years ago
Quite a few research have shown that legume that have been "inoculated" with the right nitrogen fixing bacteria still did not form nodules if they aren't concurrently "infected" with the right mycorrhizal fungi. https://www.ncbi.nlm.nih.gov/pmc/articles/PMC5221347/

Other studies have shown fungi trading nitrogen to trees for sugars. With the nitrogen coming from nitrogen fixing bacteria that lives inside the fungi "roots" similar to what we would see with legume roots.


All of this shows me that tress have very complex relationships.
And that trees are very good at trading:
1) Nectar Sugar for insect pollination.
2) Fruit Sugar for animal dispersion of seeds
3) Root Sugar for fungi absorption of minerals
4) Sugar for nitrogen from leaf/stem/root nitrogen fixing bacteria
5) Sugar for defensive (compounds from fungi and other)

For a specific list of Nitrogen Fixing Plant check out the link below.
http://www.perennialsolutions.org/all-nitrogen-fixers-are-not-created-equal
The picture is a shorter list.
Nitrogen-Fixers.png

posted 2 years ago
Indeed, the mycorrhizae families are so important and wide spread that there are not many plants that don't depend upon them for nutrients, protection from diseases, communication with others of the same species as well as other species of both plants and microorganisms, water uptake, and we find more about these little wonders every day. The symbiotic relations are so complex that we are just scratching the surface of the significance of just how important to the circle of life everything is, not one part can be left out without causing long reaching repercussions that eventually find their way into the animal world of which we are a part.
When the whole system is populated and working at full capacity the nutrient flow is of maximum benefit to every creature that uses any part of if the system for food.

posted 2 years ago
This reminds me, I've been meaning to ask, since black locust is supposed to be such a great N fixer, yet also so notoriously slow to break down, is the N going to be really slow to get released?  In the school of thought that says "most of the N is only released when the plant is stressed or dies," this would seem to be the slowest possible N source.

I guess I need to start getting more focused on alders anyway, but black locust are more numerous where I live, or more obvious anyway, plus having other great uses.  (You know, for when I emigrate to Vermont and can plant them legally.)