Hugeling the Desert in Orderville, Utah

posted 2 years ago
So... I have this little project I've been cooking for a few years.  The property holds 2 small dwellings, a shed, and a small orchard of aged fruit trees.  We have 7 apples, 2 pears, a peach, a cherry , and a bushy plum shrub thing.

These trees had oodles of old dead wood which got my fingers twitching and in the few summers since purchasing property, I have battled and wrangled and, yesterday finally FELL off the ladder, trying to get all the dead and extra wood off the trees and into one of the three long hugel beds we are developing.

The design was issued by the reigning patriarch and is an uneven alignment of straight lines which He believes will make best use of the sometimes torrential rains this region enjoys.   I favor round shapes, but initial trenches were dug and filled with large hewn trunk bits before I got there this year, so I just went with it.

Neighbors pass by and gaze but reveal nothing of their reactions.  Probably for the best as I am a rainbow haired 31 year old tomboy living in a Mormon town of 35 residents.  The Patriarch is the one they speak to and who will field their compliments and critiques.  I know they will enjoy the wilflowers and the added "green" we are bringing to the neighborhood.  I've also noticed already the insect tribes beginning to map out new habitat in the matrix of branches which is about half done.

This has been one of my most epic projects to date and so I want to provide photos of how the berms were built and then in the future, our planting results and observations.

We found an abundance of scrap wood and a shortage of hands to move it.  So most of what's inside, like 99% , is untreated raw tree bits from the property.  I wasn't here for part of the process or I would have had them throw in treated scrap lumber as well.  Maybe I am insane for thinking that way, but I see it as a necessary evil...

Anyway, after 2 runs of pruning and piling up wood, there remain only three trees with major trimming to do.  We should have a man with a truck lift box coming tomorrow.  If he can't make it, I am going to give up for this year and leave the wood where it is.  40+ years of being untended, a few more won't kill anyone.

Also on the way, I am told, is a truckload of fill dirt to serve as out initial growing medium.  So,  the next few days should yield something that looks like an awesome garden bed, albeit a bare one.  Trees, Seeds and bulbs will have to wait for next year when finance and time permit.  ( I reside 2000 miles away in New Orleans)
S Bengi
pollinator
Posts: 3114
Location: Massachusetts, Zone:6/7, AHS:4, Rainfall:48in even Soil:SandyLoam pH6 Flat
323
I like...

posted 2 years ago
A regular Hugel is 2ft to 10ft higher than ground level.

In the desert my recommendation is to make it lower than ground level aka a sunken hugel.
In effect what you are build is a really deep swale that is then partially refilled with wood/twig/straw/compost.
But still with enough depressions to hold and slow down water.

In the desert my recommendation is to make it lower than ground level aka a sunken hugel.
In effect what you are build is a really deep swale that is then partially refilled with wood/twig/straw/compost.
But still with enough depressions to hold and slow down water.

Very good idea and that sounds awesome!  We simply did not have the manpower, this time,  to dig decent trenches.  I believe they ended up being 10 to 12 inches deep or even less.  Luckily tho, Our lot is set down about 8 feet below the level of the adjacent streets and we are faced with a rock cliff across the road.  I've not been here for the spring rains but apparently flooding is more common, within 1/4 mile of the Virgin River, than it would be in "classical" Utah desert terrain.  We shall see!

Digging them in as you suggest could be more tolerable to the visual sensibilities of the gentry.  I will take this under consideration...

Let Peace Be Every Step

posted 2 years ago
Is it by any chance near angel's landing? 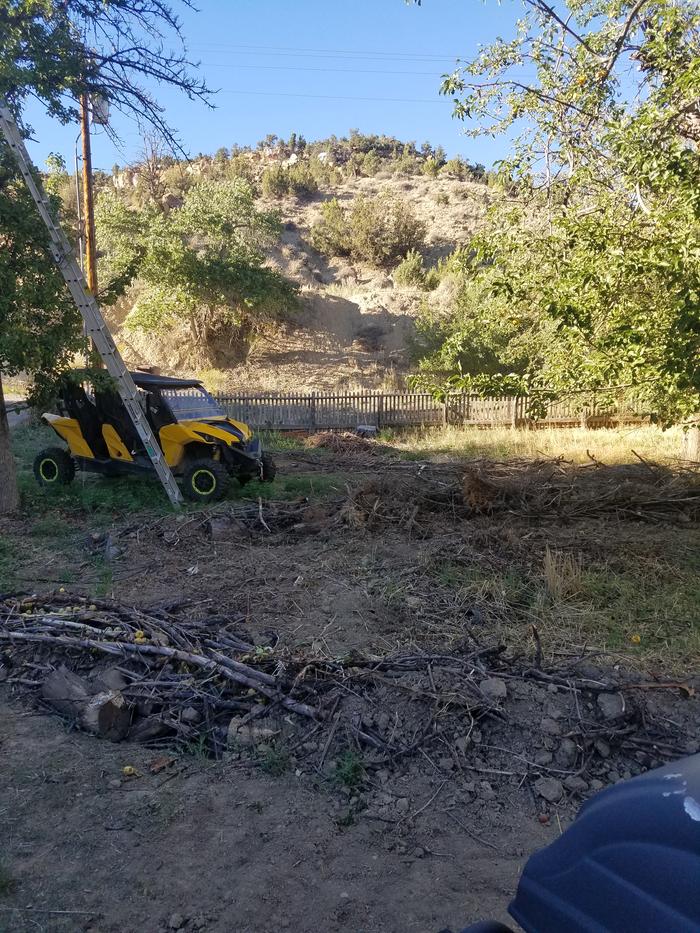 Arella Landman
Posts: 5
posted 2 years ago
And after a few days processing and lugging branches to and fro, etc. Beginning to have a nice form and presence.
20180917_115105.jpg 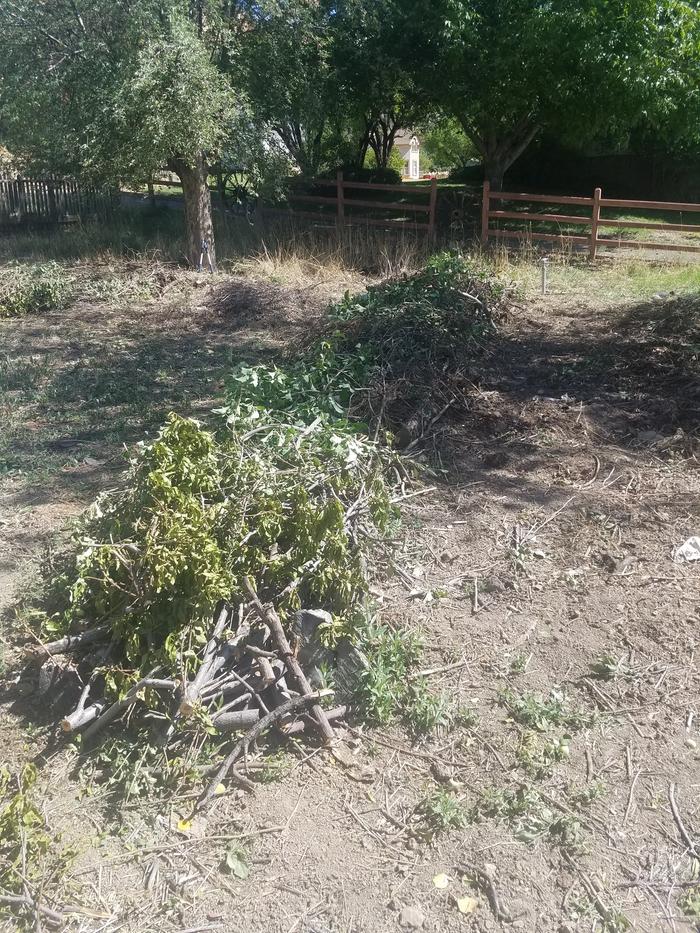 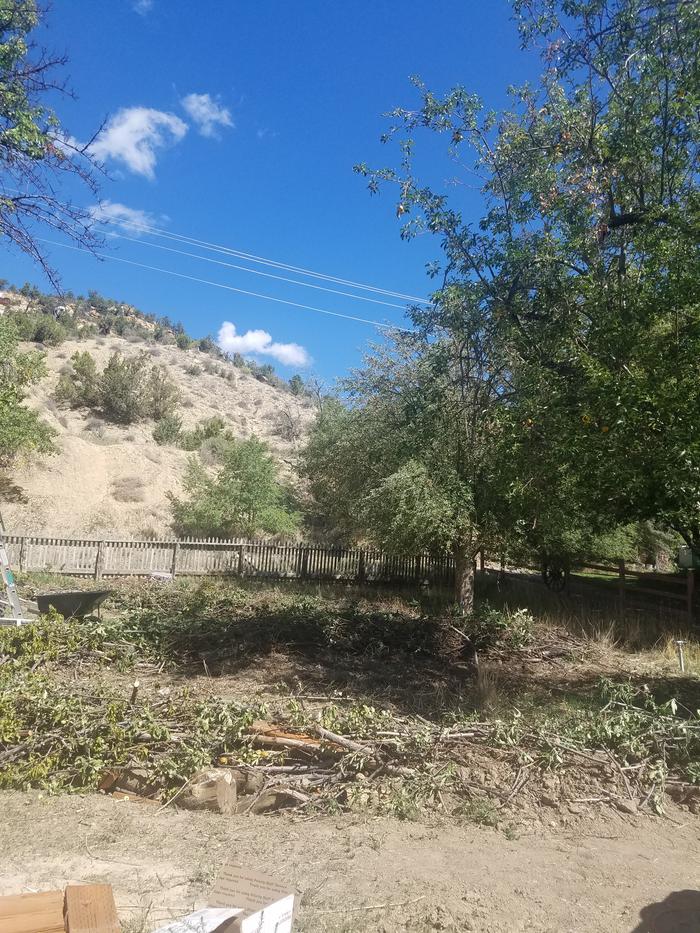 Arella Landman
Posts: 5
posted 2 years ago
The three hugel beds are coming along but need to be reworked , to incorporate incoming wood.  After much ado, The last big tree parts came down today and we wore out both chainsaws processing it all!  So now there will be some sort of mad rush in the next 4 days.  We have yet to source desirable fill dirt  , and so completion and planting may have to wait another year!

A neighbor kindly dropped off one forklift of the local standard hard clay.  .. 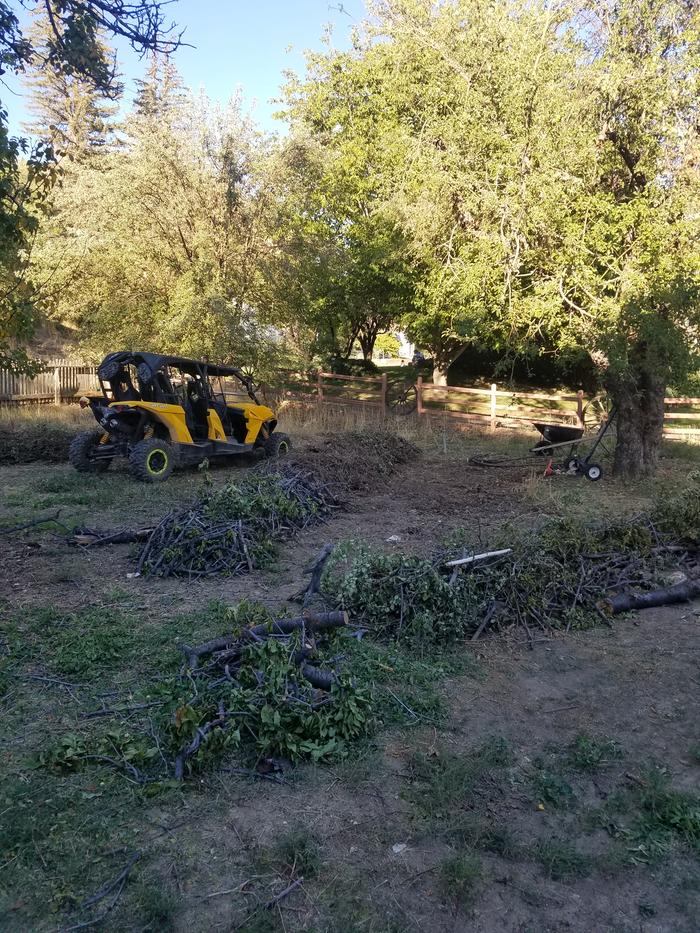 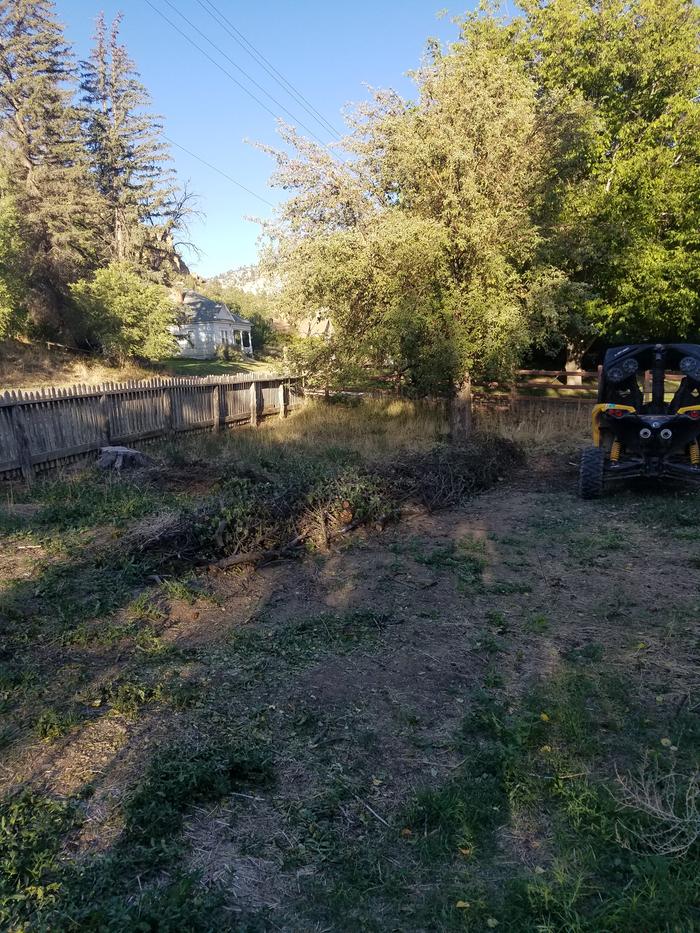 Arella Landman
Posts: 5
posted 2 years ago
Way overgrown ancient pear tree. He gets chopped! It's hard to tell because of the light saturation but these are before and afters.  It was this unsightly and undelicious tree which inspired the desire for hugel beds in the first place!
20180920_181442.jpg 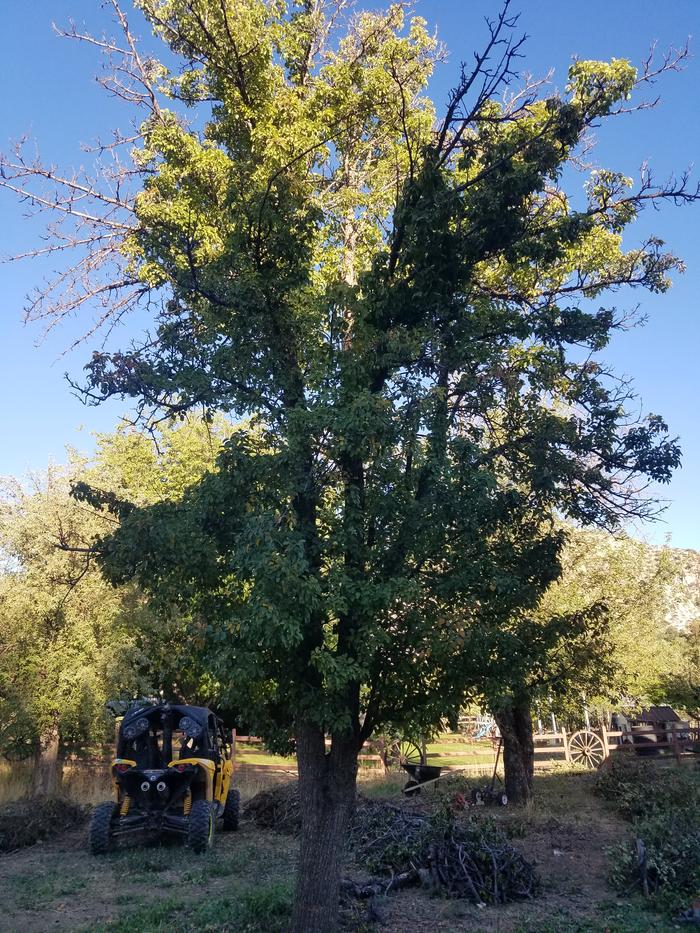 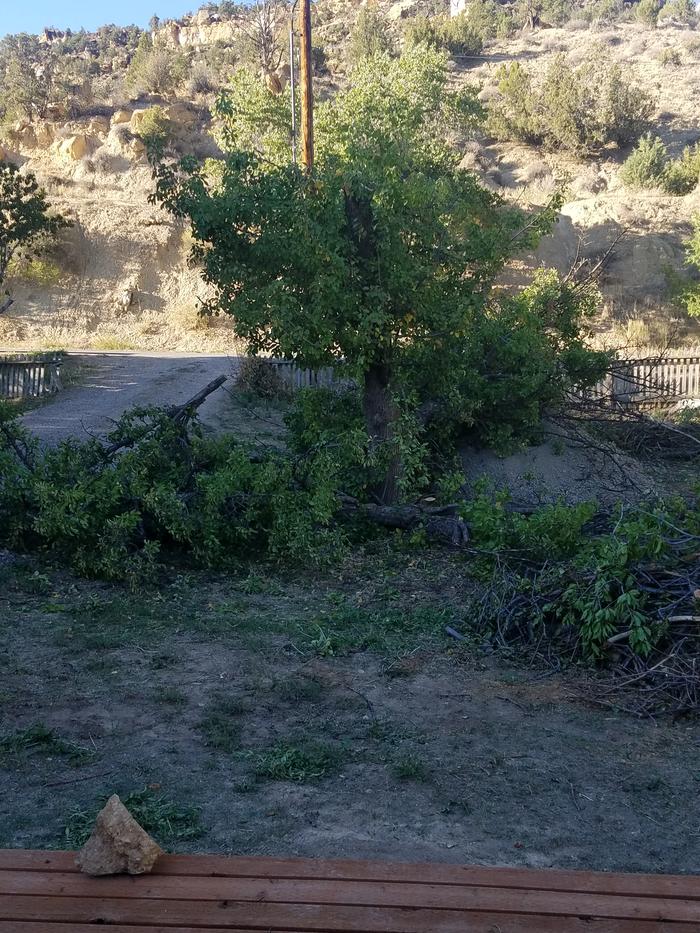