posted 4 years ago
Recently a youtuber, David the Good, put a video online about using dog food as fertilizer, the video. It got me thinking, why on the earth we do not use dog food (or cat food) as fertilizer? What is it's N-P-K value? What might be pros- cons?  Anyone have any experience on the subject?
First thing first, dog food is expensive. It is very expensive over here in Turkey considering our limited purchasing power. If I tell people that my secret is dog food, they would literally stop speaking with me. They would thing I am nuts, spending hundreds of dollars on some tomatoes. I believe they already think I am nuts because I am burring wood everywhere, but that is a whole other story. ;) It being expensive tough, sent me on journey couple of years back. I needed to buy high quality food for one of my dogs but didn't have the money. I learned that the expiration date on packages are not real expiration dates. The real expiration date is couple of months later than the date on the package. 6 months to be exact. Since then I mostly buy expired dog food with no ill effect. Many hunters, shelters and experienced dog owners do the same. I spend less, food don’t go waste and so it is a win-win for everyone. On the other hand, 10% - I believe- of all imports gets wasted, goes to land fill etc. I think it is a potential waste-stream do divert in an urban setting.
Second problem comes to my mind is dogs. Well; if you have dog food or know where you can get cheap/ free dog-food, you probably own a dog and you already know that dogs are noses. Would they dig it out, kill all tomatoes? I mean, my dogs themselves are digging and hiding food all around the garden. I don’t want my dogs to go treasure hunting in my veg. garden. Adding it in autumn or covering with plastic are possible solutions. David does not have dogs and worry, and he plants tomatoes right after the application. How deep should I bury for dogs not to find it?
Dog food do include food preservatives. What kind of impact do you think it will have on soil? It also contains fats/oils. They might have adverse effect?
I searched the web  for quick answers:
About NPK values: apparently it is high in N, similar to blood meal. how lawn responded
Which plants like it? Tomatoes and probably squash. tomato
Other stuff: discussion1 another page another one

posted 4 years ago
Trying to take waste out of the waste stream is admirable, but I wouldn't use anything edible as fertiliser if it's still edible.

That would be a buffet for critters of all sorts.

That would be laying a feast in your garden bed with all of your tasty growies as dessert, and an olfactory sign that screams "COME AND GET IT!"

This is primarily the reason why I can't compost grains, grain products, fats, meat, and bones. My composter would be the Mandarin for rats.

However, I wonder if expired dog food could be used to feed worms in a vermiculture operation? Some shredded paper, daily additions of coffee grounds and crushed dog food, some water to keep it moist, perhaps assorted kitchen scraps for variety, and voila, high-quality soil amendment without the ravenous critter dinner bell.

posted 4 years ago
I would value David the Good's opinion and this is an interesting concept.

As far as I am concerned the best way to use dog food as fertilizer is after it is eaten by the dog.

My dog does my composting for me as she get almost all scraps, veggie and meat.

posted 4 years ago
Dog food is made up mostly of corn, so depending on what a person buys, they woud be putting GMO corn residue back into their soil. A person could compost it first, but even then I am not sure it is a great plan. But it depends on what a person buys as dog food.

Wood ash makes good fertilizer too, but I found out I would have to burn 1600 cords of wood to fertilize my fields every 3 years. To sustain that, at a growth rate of 30 cord per acre, I would have to clear cut around 20 acres every year just to provide ash for fertilizer. That is sustainable as long as a person has 700 acres of forest to mess with, but I think it is pretty clear; that might be one way to get fertilizer, but it probably is not the BEST way to get fertilizer. Same for dog food I am thinking.
s. ayalp
pollinator
Posts: 314
Location: istanbul - turkey
113
5
I like...

Chris Kott wrote:
Trying to take waste out of the waste stream is admirable, but I wouldn't use anything edible as fertilizer if it's still edible.
.....
However, I wonder if expired dog food could be used to feed worms in a vermiculture operation? Some shredded paper, daily additions of coffee grounds and crushed dog food, some water to keep it moist, perhaps assorted kitchen scraps for variety, and voila, high-quality soil amendment without the ravenous critter dinner bell.
--CK


Perfectly at same point. If it is edible, than dogs can eat it and they can fertilize zone 3-4 for me or I can compost dog poop. That is the main point my opinion differs from David's video. Why use something perfectly edible as fertilizer?
My main concern about using it as worm food is high fat content. Dog food has something between 5-8 % fat content. Might that pose a problem for worm farm?


Completely agree with you Travis at this point. However when one live in an metropolitan area, bringing in fertility can be challenging. For example collecting coffee grounds is as best as it gets, which in my case took over 6 months of intense struggle. People just reffuse to throw coffee grounds to coffee-ground-bin. They ask for money, accuse you, blablabla. Long story...  On the other hand, there are hundreds of waste streams in cities. Finding, diverting and making use of it can be challenging though. I believe one truckload of dog food goes to land fill per month. That might be a very promising resource. I have one crazy idea; why not make hugel beds with wood and dog food with coffee grounds in the top layer to keep the smell. Just speculating.
Similar to other weird resources I have come across, I need to make sure that I am not bringing in toxic geek and problems etc. For example, lawn clippings are great for N but here in Istanbul since we lack green zones (parks, suburbia and such) and lawns are usually around major motorways/highways. It might be a great resource for Cu, Na and Hg article and other stuff deposited as ultrafine particles highway-pollutants but definitely not something suitable for my land.

Travis Johnson wrote:Dog food is made up mostly of corn, so depending on what a person buys, they would be putting GMO corn residue back into their soil. A person could compost it first, but even then I am not sure it is a great plan. But it depends on what a person buys as dog food.


I didn't know that. GMO corn in dog food, wow. That is something to take into consideration.

What about dog foods NPK values? I made a quick search through the web with no luck. All I can find is NPK's of dog poop, which is 1.97-9.95-0.3 NPK Value of Everything Organic. Since dog metabolizes the food, dog foods NPK value should be higher? Any ideas? My wild guess is 10-10-4 or such, considering it mainly consists of blood (or hoof-horn,bone), corn and ash?

posted 3 years ago
I am building new beds and decided to add some dog food as a layer. Expiration date on dog food packages were 2017. These beds are 1ft below grade and 1 ft above. From bottom to up, first two layers are basically hugels. Logs (first layer- app 1ft) and branches (second layer 8 inches) covered with soil and coffee grounds. Then a layer of unfinished compost. A layer of dog food and coffee grounds (to confuse critters). 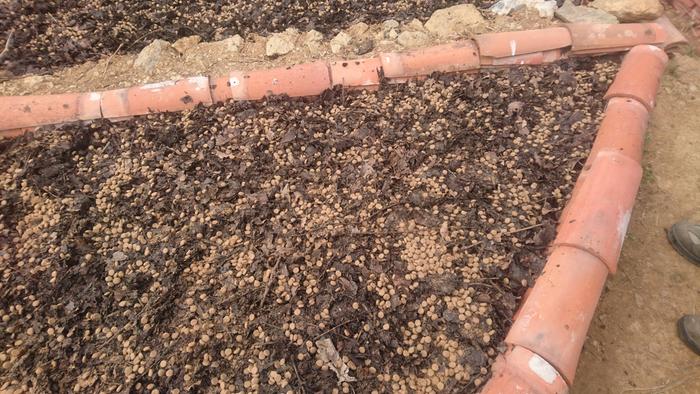 Dog food layer is covered with a thin layer of carbon rich unfinished-compost (fall leaves mixed with coffee grounds) and a thick layer of compost-soil mixture. 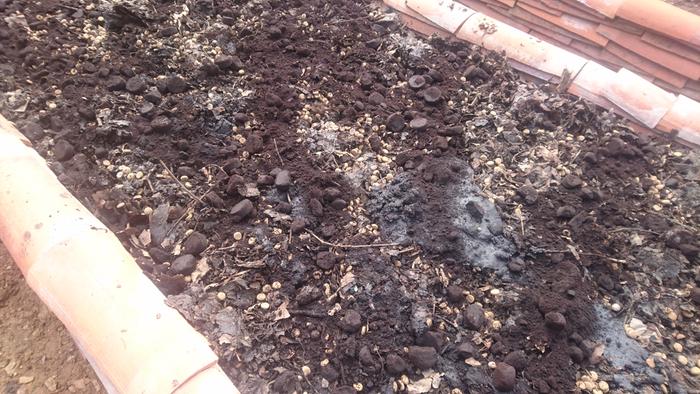 After all work was complete, I let the my dogs free and they were not interested. Crows, on the other hand, suspecting I have hidden some goodies (I forgot to throw the empty package :), scattered the compost-soil layer. Seems like they didn't get through fall leaves and gave up.

Lets see how these beds will perform!

posted 3 years ago
Could probably do the same thing with old cat food, alfalfa pellets, and any other kind of pet food, as well?

This makes sense to me to do only if I had food left over after my dog passed away, or if it was a brand/formulation that upset his stomach or he/she wouldn't eat.

Still might be a better use to just donate it to a shelter, though.

posted 3 years ago
I've never used dog food as fertilizer, simply because I've had chickens who would eagerly eat it, moldy or not. But I believe that damaged dog or cat food would be fine to use. Just don't dump it on too heavily, just as with any other concentrated nutrient source. And I would be sure to till them into the soil in some fashion. Otherwise birds and night time critters would eat it all.

I've have, though, used damaged haycubes and alfalfa pellets. And they work just fine. They help improve the condition of my soil in addition to supplying nutrients for the plants.

Lulu Mu
Posts: 1
posted 1 year ago
I brought 2 whole buckets of 40 kegs. dry biscuits for my dogs, but none of my 4 dogs liked to eat it. I noticed it’s been off with non-fresh smell. I believe it’s too much over expired date so I wouldn’t give away to other dogs. But it’s not moldy or soggy, can I use these off dog food as fertilizer or put in my compost bin?