How to Start A Homestead When you Can't Afford one

How many here have roadblocks to starting their homestead? What are they?

In talking with people this winter I have heard a range of reasons why they haven't been able to start their homestead. Anything from not being able to afford land, lack of confidence,  to existing commitments and more.

I put together a quick eBook addressing some of the topics around being able to afford land: 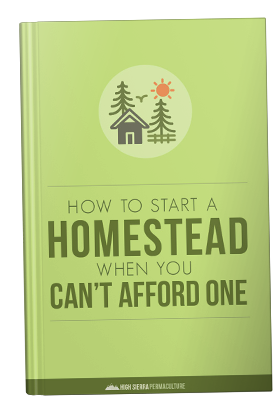 Download it for free (just enter your email address)

BUT I know there are sooo many more reason that just cold hard cash.

Talk to me folks - I would love to hear all of the reasons that are keeping your from starting your permaculture homestead....

Finding land for the Homestead or Farm of your dreams (FREE eBook): bit.ly/finding-permaculture-land

Galen Young
pollinator
Posts: 100
Location: out in the woods of Maine
12
posted 3 years ago
I see a lot of older farmers whose children do not want the farm. Those 'children' live in cities, they have their own homes, careers, they are becoming empty-nesters as their children striking out on their own.

If a farmer wants the farm to continue, they need a new generation of farmer to take it over. They WANT a home to live in so long as they are alive. But clearly they can no longer work the farm.

I have attended a few workshops on 'Trans-generational transfers of farms'.

I have a friend named Tom. He started a farm called 'Peacemeal Farm'. He gathered apprentices and taught them how to operate that farm. Tom formed a partnership with those apprentices as partners, then he sold the farm to the partnership. The Farm Manager there is Mark [also a friend of mine].

Then Tom moved on and started a second farm. Once the second farm became sustainable, He gathered some apprentices and taught them how to operate that farm. Tom formed a partnership with those apprentices as partners, then he sold the farm to the partnership.

Today Tom operates his fourth farm, it is called 'Snakeroot farm'. He is taking in apprentices, again in the hope that they will partner to take it over from him. As these folks are working together and he tries to get them to form a partnership. When a group congeals [it may take a number of years, and changes of personnel] then they sign a contract, buy him out, and Tom goes and buys fresh land to start another farm on.  Tom is an old hippy, he started doing this in the 70s. He forms off-grid organic / sustainable farms.  I doubt he has ever had much money. His mission in life is starting up farms. There are methods of becoming a farmer that do not require much upfront cash.


Also keep in mind that MOFGA over-sees an Apprenticeship / Journeyman program for N.E.

Anyone who is interested in becoming a farmer [on-grid or off-grid] can apply to any MOFGA farm to apprentice. I have even been approached by college kids asking to apprentice over the summers on my farm. Over 100 farms in Maine take in apprentices every year.

If you stay for a season and decide you like it, you get your name on the MOFGA listing. Then rotate around to different farms each season, so you get more rounded. As a Journeyman, they can place you on a farm for a year, in a Farm Manager position for you somewhere. After that they have a network to match you up with your own land.

Every year we see new farms starting up here in Maine.

jim dee
Posts: 74
posted 3 years ago
I like this "TOM".
Wish there was a "TOM" over in the Western part of the country, I might be all in!

Good piece of information.
Links would be even better for those looking.

posted 3 years ago
A quick google search of "'Snakeroot farm" brings up http://www.snakeroot.net/farm/index.shtml as the first result, and right there at the top of the page is a picture of a Tom. I can only assume this is the Tom that Galen mentioned. 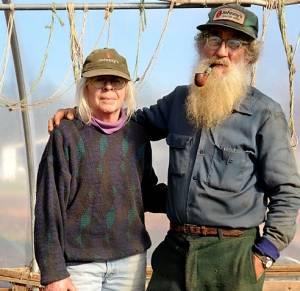 There's some lovely pictures of the farm there, too! 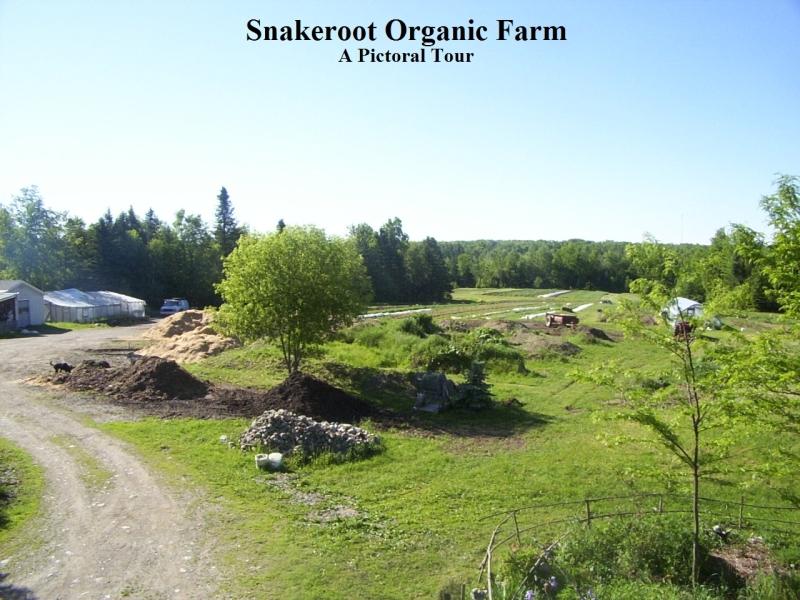 Thank you, Galen, for sharing with us about Tom and his farms!

Galen Young
pollinator
Posts: 100
Location: out in the woods of Maine
12
posted 3 years ago

Nicole Alderman wrote:A quick google search of "'Snakeroot farm" brings up http://www.snakeroot.net/farm/index.shtml as the first result, and right there at the top of the page is a picture of a Tom. I can only assume this is the Tom that Galen mentioned.

There's some lovely pictures of the farm there, too!

Thank you, Galen, for sharing with us about Tom and his farms!

Yes that is Tom.

I have links to the MOFGA programs too:

David Livingston
pollinator
Posts: 4328
Location: Anjou ,France
244
posted 3 years ago
You could always rent I do :-)
If you find the right person it can work both ways

Jed Gilpatric
Posts: 2
1
posted 3 years ago
I was glad to see this thread. I happend to be an older man with no one to leave this property to.I have built so much for that i can't keep it functioning. I have a sawmill greenhouse mushroom facility and 35 acres hard and soft wood for firewood and milling. I would like to see you tell more about sharing as i think it might work for me. I am from Maine
Craig Dobbson
steward

posted 3 years ago
Jed:  Where abouts are you in Maine?  Do you have any pictures of your place?  I'd love to see what you've accomplished so far.

Jed Gilpatric
Posts: 2
1
posted 3 years ago
I'm in Crawford outside of Cailas. Dont have any pictures would not know how to send them! And might not be able to find this page if I lose it.Purchased land with 4 buildings, one has been converted into a chicken house and sawmill.One other building we are converting into a mushroom room and one is a gararge and the one is an office.We have built a 30x40 greenhouse and we just built a 10x15 seedhouse.Last year we have sold alot of produce and eggs sell some firewood each year and some lumber.We are severly handicapped without no labor.Our great stroke of pride is that we dug by hand a 14ft well last year.Incase i lose this page my email address is uncleswayfarm1@gmail.com
Craig Dobbson
steward

posted 3 years ago
That sounds great.

You'll see at the top of each page there is a link named "bookmarks and watches".  If you click that link it will bring you to a page that lists all of the threads that you've posted on.  You can also click the link that says "my posts" to see your specific posts.  That way you never lose a page and you can always have a place to easily find where you left off.

By the way,  Welcome to Permies!  Glad to have you with us.

Angelika Maier
pollinator
Posts: 1435
Location: cool climate, Blue Mountains, Australia
22
posted 3 years ago
A tough question. I would either go for land no one else wants (isn't that a permie challenge?). I know this would be far away from everything. Or there is another idea I like. A friend of mine bought a house and simply borrowed with her mum. With interest and everything. What a fantastic idea! The money does not go to the bank and stays in the family.