Matthew McCoul
Posts: 74
Location: Southeast Michigan
3
posted 3 years ago
I'm designing a simple guild for under a friend's mature standard (20ft+) apple trees. The trees are not picked for any purpose outside occasional snacking and that's unlikely to change.

It's family Property, so the whole family including his suburban-gone-rural parents have to approve of the design.

Right now, I've got chives at the drip line, comfrey within the drip line, ligularia for a shade tolerant beautification, and I'm considering something to replace the grass for the pathways. 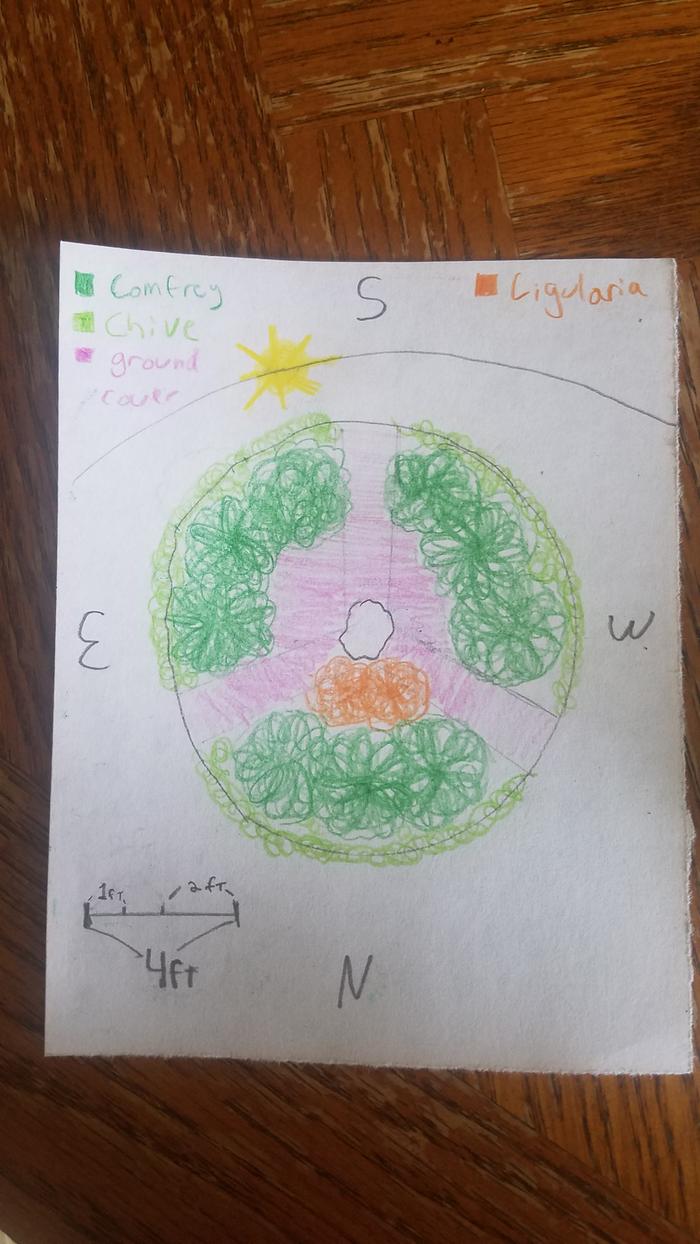 Dale Hodgins
Posts: 9002
Location: Victoria British Columbia-Canada
670
posted 3 years ago
You're going to need nitrogen, so some sort of clover that doesn't get too tall. There are many choices, check out which ones grow best in your area.
Woody McInish
Posts: 19
Location: Boston Mountains, NW Arkansas
3
posted 3 years ago
Check out creeping thyme.

The Garden at Stony End
https://thegardenatstonyend.wordpress.com/

posted 3 years ago
Why not just arborist chips for the ground cover?  If it is visible in the spring plant bluebells and daffodils in the pathway there vegetation will be dried and flattened by the time apples ripen. I concentrated all the bluebells that were under one old tree that had to be removed into an entrance planting strip. They come up early in the spring before the weeds then die back and make a mulch cover for the summer flowers.

Dawna Clephas
Posts: 11
Location: Craig County, VA
1
posted 3 years ago
If you have deer in the area, they'll find your apple trees, wait for each apple to fall, and then paw through (and demolish) whatever you've planted til they locate each apple.

I suggest a pack of beagles for ground cover.
Dale Hodgins
Posts: 9002
Location: Victoria British Columbia-Canada
670
posted 3 years ago
This Orchard is visited by deer every day. They never dig up anything. They do eat fallen fruit and low-hanging branches.
20161119_125916.jpg 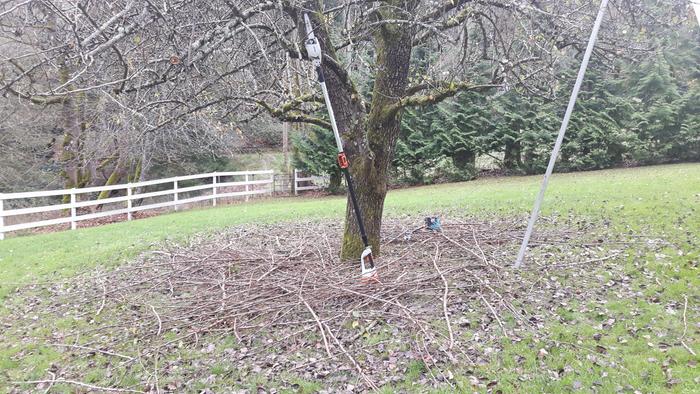 posted 3 years ago
Peppermint pelargonium (geranium) is great under apples and pears. It spreads and covers ground, but isn't really aggressive. It smells awesome, and as a side benefit codling moth larvae hate it.

Borage is always worth having in an orchard. Comfrey is good if it's in a spot that you won't be digging or planting to a crop in the future. Other herbal ley type plants, such as yarrow, vervain, the 'worts, sage, etc. are nice in orchards and give you some auxiliary yields.
Mori no Niwa
Posts: 27
Location: Van Buren Co., MI
posted 3 years ago
I've underplanted various things under existing apple trees (after first sheet mulching with cardboard and a good layer of woodchips to smother the existing grass/weeds). Plants that seem to have worked best and stayed around longest:
1 ) Groundcover strawberries (which flower but don't really fruit) from Oikos, variety "Kelly's Blanket"
2 ) Ostrich Ferns
3 ) Lower-growing Mints
4 ) Clovers (tend to only persist in the sunnier spots)
5 ) Comfrey (seems pretty shade tolerant, though it won't grow as well in full shade)
6 ) Lunaria aka "Honesty / Money Plant", Dame's Rocket and other Spring ephemerals like Daffodils, Dandelions and Ramps
7 ) Sweet Woodruff (aggressive spreader for shade, though not all that useful)
8 ) Wood Poppy (aka Celandine Poppy), early flowering plant, aggressive re-seeder
9 ) Solomon's Seal (good "asparagus" crop for shade, though may grow taller than you'd like, and deer nearly killed my patch this year)
10 ) Groundnut (I'd intended these to grow up into the trees, but they have a mind of their own and sprawl wherever they want to)

I usually end up throwing some inexpensive seeds of various clovers, daikon radishes, turnips, brassicas and other "forage" crops around, and a few will take root and grow, but since it's fairly shady, they usually don't persist or thrive.
One hot tip: Nettles are a wonderful plant to grow on the edge of a property, but best NOT to plant them under fruit trees, turns into a scratchy maintenance/harvest problem.

I was planning to plant mediterranean herbs (rosemary, sage, ....), mints, comfrey, malvas, etc.... near or under some espallier apple trees but the plot of land has developped a bindweed problem so i may have to postpone that plan.

My experience with red clover in halfshade is positive - so this may be a good clover for use in these conditions.

Nettles are not for everyone but i have positive experiences with (and some immunity to) them - they keep trespassing trafic (dogs and cats) down, provide a crop (for use in tea and soup) and are good for pollinators.

posted 3 years ago
I suggest a pack of beagles for ground cover.

At risk of sounding sacrilegious, I have stopped planting comfrey because:
http://www.gardenmyths.com/comfrey-dynamic-accumulator/

I especially wouldn't plant it in an orchard like yours - it's way too invasive. In a small garden, it's still possible to eradicate it later (with lots of hand weeding and cardboard), but in an orchard, it will be there forever.