Dale Hodgins
Posts: 9002
Location: Victoria British Columbia-Canada
671
posted 3 years ago
I wrote this the day before my computer problem started last summer, and I was absent from the forum for nine months.
.......
I had a pond dug yesterday. It's in a naturally low spot that was quite narrow. There's more flat space, but it belongs to an absent neighbor. The bottom of the pond is an average of 9 feet wide. If it were filled to 7 feet deep , it would average 13 feet wide. It is 45 feet long.

This will eventually be an irrigation pond. For now it will be used for bathing. A bathtub will be set on one of the flat edges. It will be solar heated. This should work quite well for 5 months of the year. May, June, July, August, September. A 12-volt pump salvaged from an old trailer , will lift water anywhere from 4 to 8 feet , depending on water depth.

I have a rubber pond liner. It's not large enough to line this pond, but it is large enough to put on a flattish section of bank, in order to create a small wetland filter. The bathtub will sit on gravel and soil that occupy the liner. Water plants such as iris and mint may grow there.
........
Update ( that's right, when something sits on the shelf this long, there can be an update in the initial post.)☺
The pond started filling up immediately. It doesn't get anywhere near full. The steep sides weren't expected to fill up, as that would be quite a bit above water table.
HERE'S THE GOOD NEWS --- When water is sucked out of this pond, it flows back at approximately 1500 gallons per day, during the driest part of the year. Hooray! Therefore, this pond won't be lined with rubber. Instead, it will be a feeder pond. There is a much nicer site about 700 feet horizontally and 7 feet vertically away. This nicer spot is on a gentle, south facing slope in a place where I would like to build a swimming pond and a small garden Spa / pool house. Water will be pumped from here to the new pond. The new one will have to have a rubber liner, since it is on quite gravely soil.

This pond will also be used to supply water for agricultural purposes and domestic purposes that don't include drinking.

There is a giant pipe running under a portion of my property near this pond. It is the supply line that takes water from Nanaimo Lakes, to the city of Nanaimo. Every August, they open the giant tap and flush sediment from this pipe. I have a little, artificial wetland that was created when my road was built. It gets flooded at this time. I expect to use that water to refill the pond during this dry period.
20160701_091412.jpg 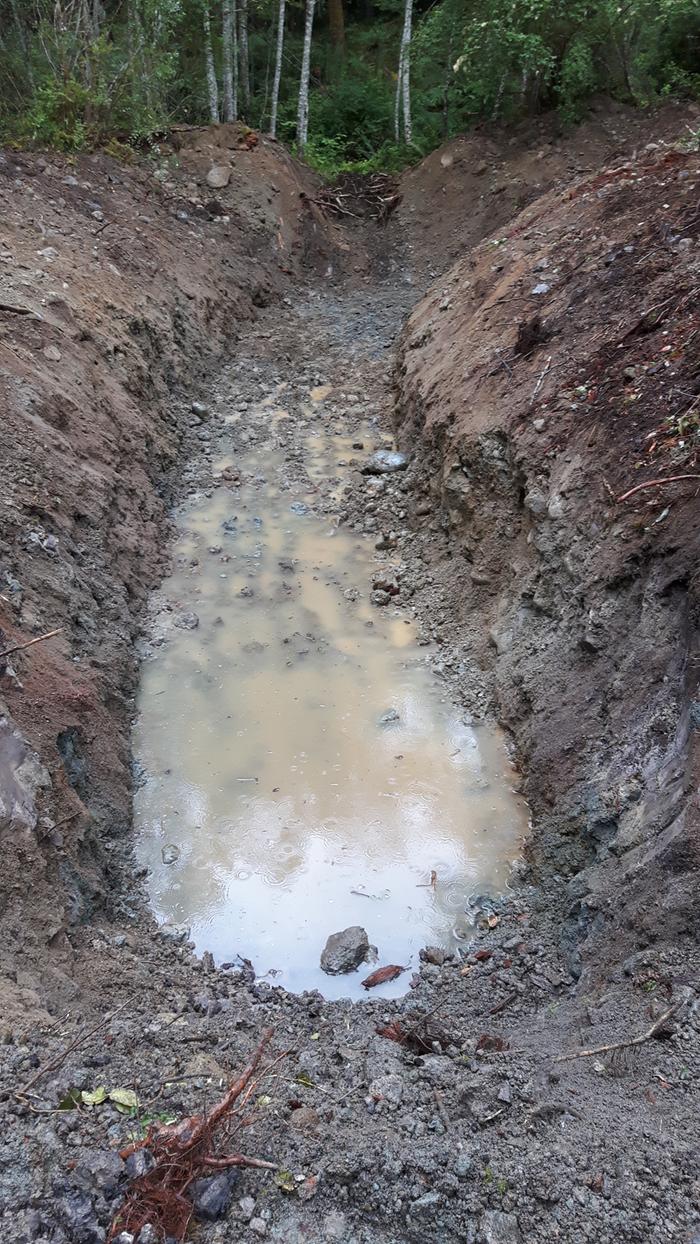 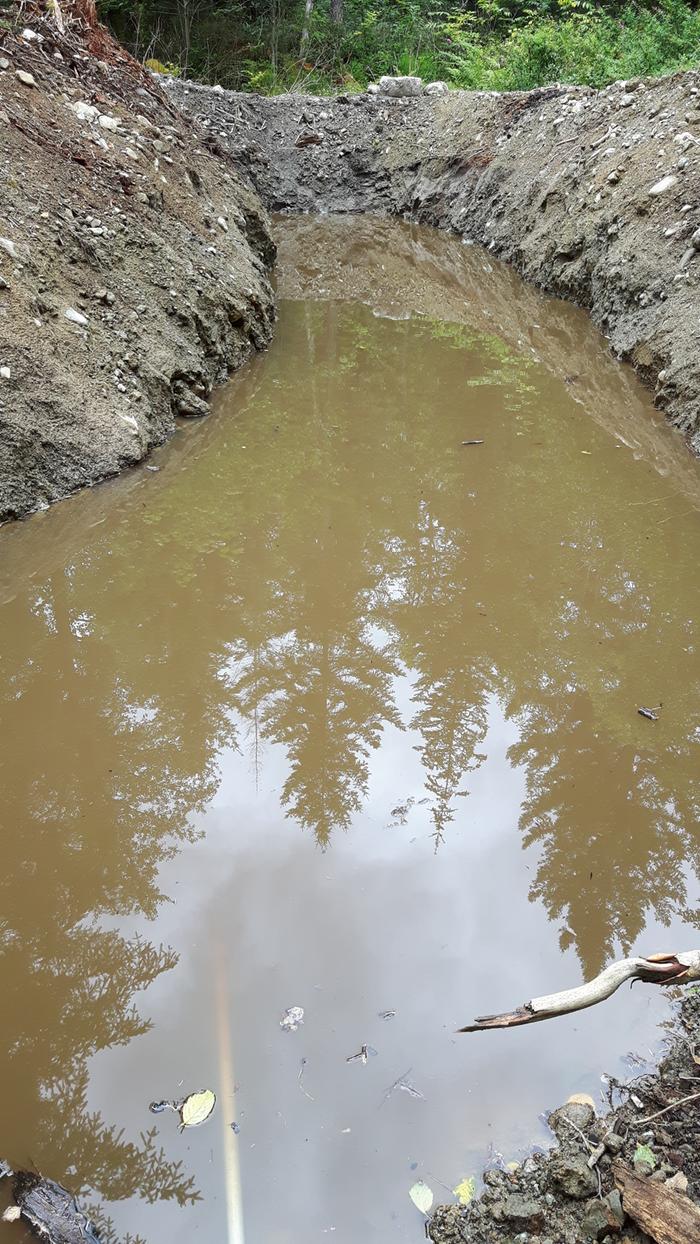 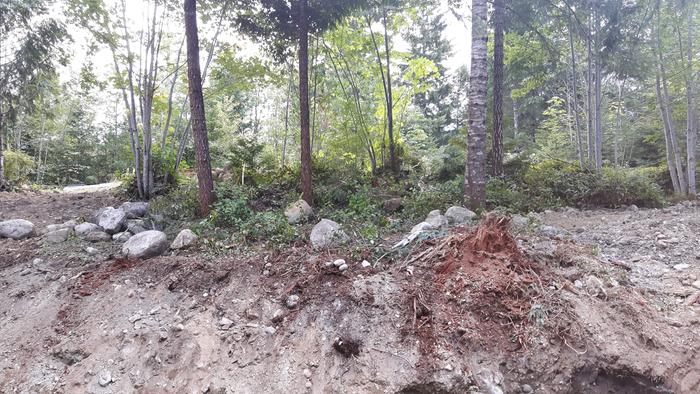 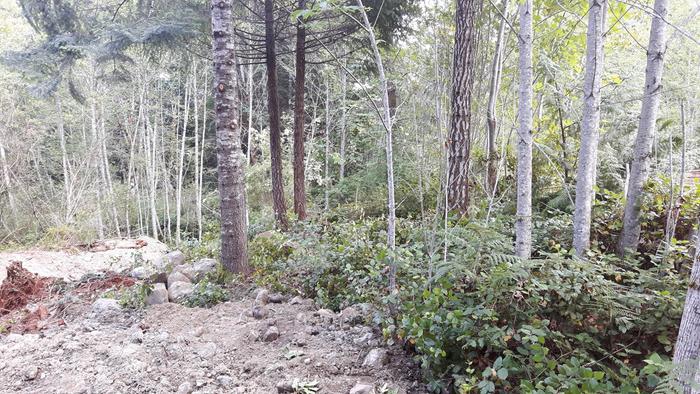 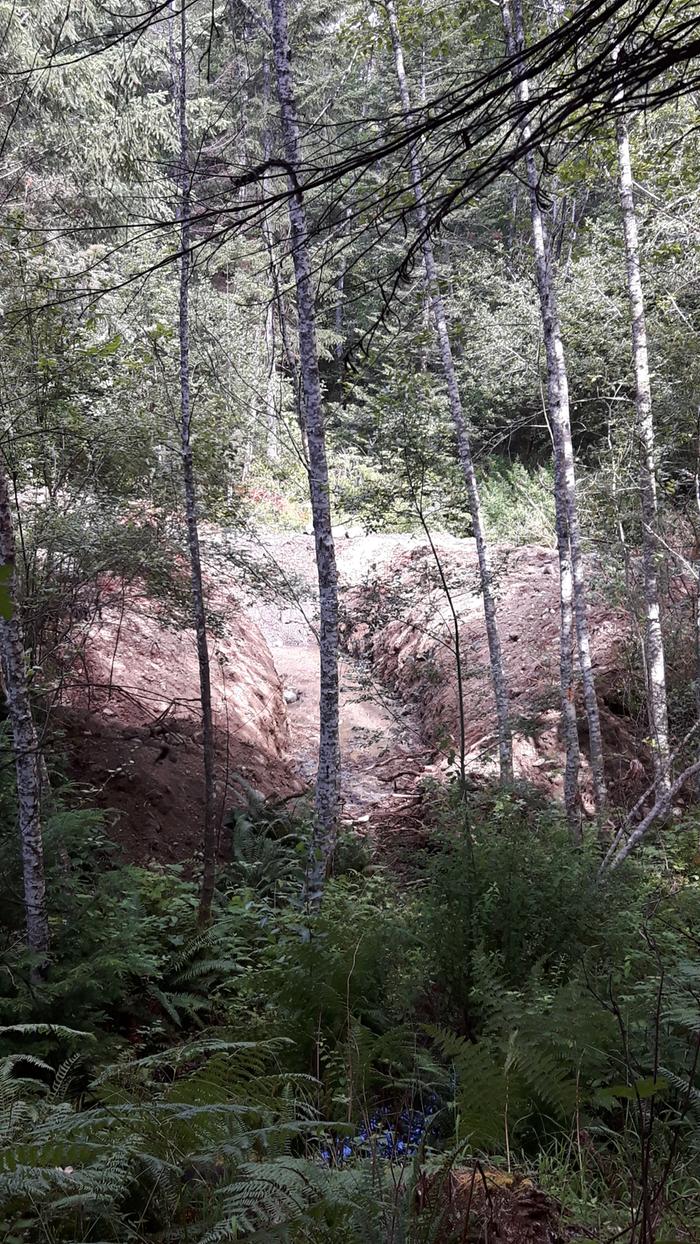 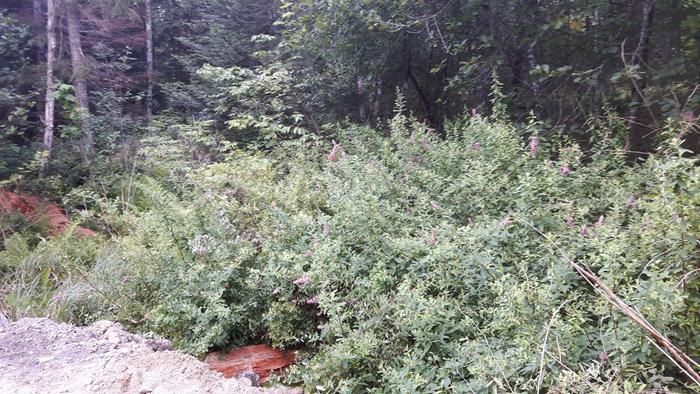 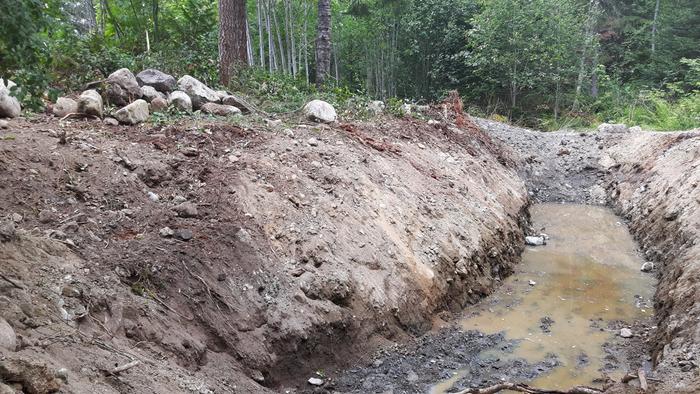 your pond appears to be in a small clearing in a wooded area.  Will you get enough sunlight there?
Dale Hodgins
Posts: 9002
Location: Victoria British Columbia-Canada
671
posted 3 years ago
It gets plenty of Sun. I'm not looking too use this one for anything other than as a source of irrigation water and water to be pumped to the swimming pond and other ponds.

This pond is fairly central to my property and only about 30 feet from the road. The clearing that you see on the high side, is my road. At some point, I might get a big water tank. The road is almost level. A railway used to run the length of it. I could drive the big tank to distant locations. But, I expect that most water that gets moved from this pond, will travel in PVC pipe.
20160626_203124.jpg
Dale Hodgins
Posts: 9002
Location: Victoria British Columbia-Canada
671
posted 3 years ago
The high sides of this pond could prove to be a useful place to grow things. Although the soil is very poor, ponds produce algae which is rich in nutrients. I could irrigate quite liberally, because any water that drains through the soil, ends up in the same water table represented by the surface of the pond. Regular pumping like this should work as an algae filter. I don't expect to do anything else about water quality.

I'm thinking of driving some stakes in the bottom of the pond to support some sort of wicking bed. There are several succulent crops that rabbits and deer will always destroy. I planted some really nice everbearing strawberries on my hugelkultur mound. The deer ate the entire plant and even consumed the roots. I'm guessing that they would be confused by a floating raft of strawberries. Alternately, I could fence the whole thing. This would keep the deer out. Rabbits will always find a way.
20160626_200437.jpg
Dale Hodgins
Posts: 9002
Location: Victoria British Columbia-Canada
671
posted 3 years ago
I've come up with a tentative plan for broadcasting water from the pond, to upper beds. I'm thinking of driving a post in the center and then using a lawn sprinkler that is raised eight feet in the air, with a length of pipe. This should allow most broadcasted water, to fall onto the surrounding land. I'm sure that some will fall directly back into the water, which will provide some aeration. Any excess will percolate and find its way back to the pond.

The swimming pond, that must be lined, sits on gravely ground close enough to the edge of the valley, that there is no water table in sight. Irrigation from this pond will be metered out more carefully, since any that runs through the soil, keeps going until it reaches bedrock and then runs down into the valley, and is lost to me.

I sometimes get small rubber liners, from demolished surburban yards. None are large enough for me to build a pond from. They are large enough to be used alongside a pond , as containment for a raised wetland. The soil can be sculpted so that the rubber will contain a certain amount of water and let any surplus flow back into the main pond. Just like a dish with a lower spout. Not only do surrounding wetlands create a more natural look, they absorb nutrient and return much cleaner water to the main pond. The usual method of doing this is to use one big, continuous liner. I like the idea of separate liners, primarily because I can get the small ones for free. Every new wetland, is another filtration system. Little 12 volt pumps are quite cheap. I plan to have one for watering each zone. Solar electric systems, require a means of dumping excess power when batteries reach maximum charge. Instead of using a resistance heater as is often done, my plan is to use excess power, to run pond pumps.
.......
Tidal pools...
When I have gone swimming in the ocean, which is rare, I like to go to places that have tidal pools. Freshwater ponds don't have tide , but similar pools can be created, simply by pumping water from the main pond , into a raised area that is shallow and therefore will heat up quickly on a hot day. Dark colored rocks aid in this process. In order to have nice clean water, the tidal  pool, needs to be the last portion of a filtration system that includes lots of wetland plants. Pond water would be pumped to the very highest portion of the filtration system and allowed to run slowly through the saturated soil. A bathtub shaped dip in the liner, would allow creation of a pool , just before the water flows back into the main pond. Every morning, a water change could be induced, by running lots of water to the top of the system. The flow-back would end in short order, so that no more cold water is added to the pool that we wish to heat. A small quantity of water in full sun , lined with a black liner, can get as warm as piss by late afternoon. The perfect place for warming up after a cold swim. Peppers and other plants that don't want low night temperatures, could be planted around these pools. This would make good use of the stored heat, as they cool off each night.