The fire door and the exaust on the same side, a problem and an idea!

posted 3 years ago
An idea came just because I had a problem to solve (the best way to get ideas coming!). I cannot give my RMH the ordinary feature of putting wood on one side, and having the exaust on the other. I only can have them on the same side. I have been looking long for a design to have them side by side.
I will start another topic about my CAVE BELL. But a cave usually has only one side opened…

So, why not have the core built ABOVE the exit?
We are supposed to insulate the fire place as much as possible, so that it does not LOOSE heat. But what's about an idea to GIVE more heat?
Then if someone can make the idea better, the point is to calculate the thickness between the 2, so that the core will still be a little hot the next day…

The genious idea of the batch + the bell (many thanks to some people), and no more pipes, solved most of my design problems! (I think it is now 4 years I scratch my head…) I started to think about a bell instead of the difficult underground system that had been my sole option until now (or else have a bench to cross at the door!) Then also I could have the fire place at higher level, easier charging…

…And there I was, facing my imaginary rocket stove… and mind designing 1st with BR on the right, exaust on the left, then starting it all again with the reverse image!
Either solution had drawbacks, because both BR and exaust were better on the right.

Then my inward eye saw the fire place go up like a cloud, and a pipe happily made its way like a snake below!

"what's about asking folks in the forum?"
Yeah, thanks cortex, you are not the only one to be useful, but you are!

posted 3 years ago
I'm interested in what you are proposing, but I'm also pretty sure I'm not picturing it correctly.
Could you post a sketch?

posted 3 years ago
About a sketch, I am sorry to say that I am not able to do one....
Look at this, it is quite close to what I have planned, but I will have a more fancy form.
http://batchrocket.eu/en/applications#culdesac

Now on this design, you can see that the exit is on the oposite side of the door of the fire place.
Now imagine you charge the Wood higher, and have room for the pipe to go out just under the fire place, and then that it goes along 1 meter more, then go up where the chimney is.

one of the bench is in another room, so the fire place and the bench are along the Wall, or else it would look real strange of course.

The advantage I see is the heat under the fire place, and in my case, the place is so narrow that it is the best way I can do it! 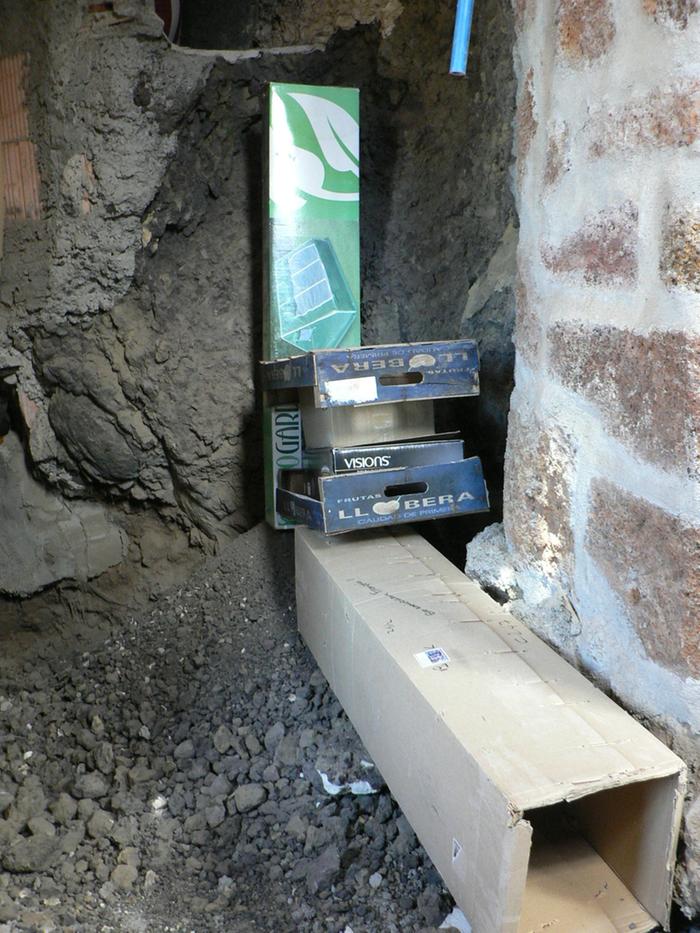