Resolving to lessen our impact in 2017

posted 4 years ago
I know this time of year is filled with statements of intent to turn over a new leaf and act more conscientiously, whether it's with food choices or career goals. I thought we could start a conversation about one or two things each of us might focus on doing in 2017 to lessen our burdens on the planet, and influence more sustainable practices.

My focus is going to be on sourcing more local food. Presently, about 90% of the meat we eat comes from within 200 miles of us, but much of our produce is still imported.

My plan is to hopefully, increase production in our garden this year, so we can put up more produce in the freezer at the end of the year, but also do more indoor gardening where I can, with sprout trays and window box planters with salad greens. I also plan to join a local cheese CSA, and start looking for sources of local, raw milk that don't break the bank.

What are your green resolutions for 2017?
resolutions.png 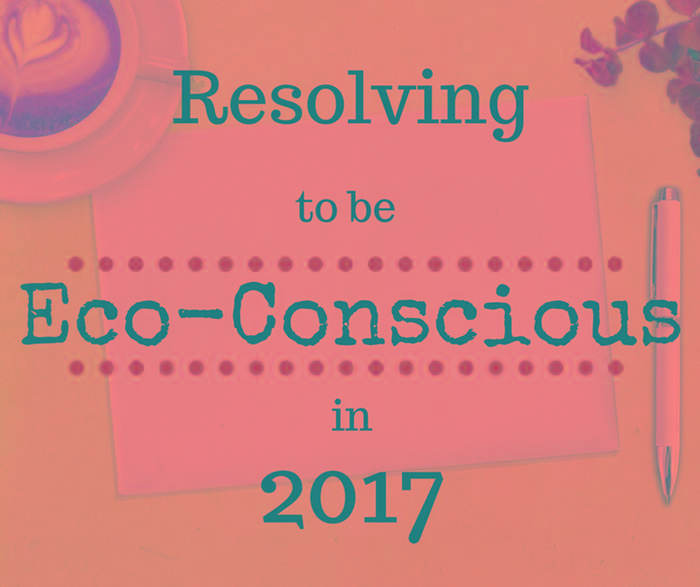 Promoting Your Stuff on Permies
Creating a Book or Product Thread
Paid Advertising on Permies.com

posted 4 years ago
Continuing to not have children.

Or, more accurately, at my present age, continuing to not have grandchildren...

posted 4 years ago
Not last year, but the year before we went the entire summer without turning on the AC... which is a big deal in our climate/culture. I'm trying to work up the enthusiasm to do that again. As I remember it, there was only one really bad week of the year where it was miserable inside. It was right at the end of summer and we weren't going to give up when we'd already made it that far.

A little over a year ago we planted a black cherry on the Northwest side of our house, where the sun shines from during the hottest part of the day during the summer. It was below my waist when we planted it and I damaged the leader. I was just checking on it this morning and it's established a strong new leader and is about eight feet tall now.

Add to that, we've made sure the apple tree we planted about twenty feet from that is on standard root stock so that it will also shade the house and yard during summer afternoons. I laugh sometimes when driving through the country side around here. There are two things that cause a oasis of trees. The natural ones in river basins and the man made ones surrounding every old farm house.

Depending on how things go, I'll probably replace my tricycle fairly quickly and that makes a fairly large impact on the amount of driving I do. I was surprised when I realized how bike friendly my city actually is. There's very little that I wasn't able to easily and safely peddle to, grocery stores, nurseries, movies theaters, bookstores...
Joseph Lofthouse
steward

I intend to grow and eat more green-leafy vegetables, and to put more into the freezer for winter use. Fulfilling this intention properly will require me to plant another row or two of some type of green-leafy every few weeks. Last fall, I saved seeds from two of my most common weeds so that I can plant them as intentional green-leafy crops: amaranth and lambsquarters. I have squirreled away seeds for orak, bok choi, turnip, kale, chard, beets, peas, fennel, basil, parsley, perennial onions.

Lettuce as grown by me on my farm spews out bitterness, so cringing away from planting lettuce.

posted 4 years ago
I'm definitely going to be working on shortening my food miles, mostly by not buying processed foods, and eating local meat/raising my own. The veggies aren't a problem, until winter comes. I'll be solving that by growing very cold hardy things, and providing cover where necessary to get things through the coldest weeks of winter.

My other intention is to stop buying things that are over packaged! This is one of my most peevish of pet peeves. Buying in bulk, taking my own containers, and choosing products with little or no packaging. Remembering to bring my shopping bags, and choosing bulk pasta, beans, flour, etc. over the packaged brands. Baby steps, but steps nonetheless.

Tracy Wandling wrote: I'll be solving that by growing very cold hardy things, and providing cover where necessary to get things through the coldest weeks of winter.

I love the diversity on this site... "Weeks of Winter"? I feel astonished reading that. A friend told me today that at her place winter only comes at night, and only a few nights per year. My winter is months long, day and night cold that stretches on and on.

Here's a photo from last night.

posted 4 years ago
I have been considering a way to improve my ecological footprint.  I have plantings in the back yard and I have been reducing my energy usage.  But I live in a suburban area and a significant part of the thing's I use are purchased from stores.  So I have a question I need some help with.

I try to buy local when I can.  But in the case of manufactured goods how do I figure out the embedded energy used for transportation.  Specifically which is better buying from an online retailer or a local big box store?
Tracy Wandling
steward

I love the diversity on this site... "Weeks of Winter"? I feel astonished reading that. A friend told me today that at her place winter only comes at night, and only a few nights per year. My winter is months long, day and night cold that stretches on and on.

Joseph, I spent 40 years in Northern British Columbia. I'm ALL done with winter! Here, it just feels like fall all 'winter' long. But, it does get a little chilly for some plants on occasion, so I'll take pity on them and give them a blankie.

My farm is 10 miles from the farmer's market. It costs more fuel per pound for me to take vegetables from my farm to market, than it does for a semi to bring them 1200 miles from California. I don't have any way of calculating the other externalities that are due to differences in scale or technique. For example, my irrigation water is pressurized by gravity. What if the irrigation water in California is pumped? My water runs through PVC pipe. What if their water is through ditches? Does it cost less fuel to make/bury PVC pipe than to dig ditches? Just cause they are far away, doesn't mean that local food is more fuel efficient. I don't use -cides, or fertilizers, so in that area, my fuel costs are likely to be much lower. The fuel embedded in the steel of my weeding hoe is much less than that embedded in a cultivator on a tractor. But their fields are huge! How would I even begin to guess at who is more fuel efficient?