Samuel MacHay
Posts: 9
Location: Zone 7b; West of the Great Dismal. On top of the Scarp
2
I like...

posted 4 years ago
Greetings!
This is my S.W.A.M.P. thread or (Sam's Wishlist And Major Projects)

I made a general introduction here, Intro
As I said in the Intro, I've managed to buy a little over 18 acres in Southeast, VA in August of 2015.

When purchased, approximately 3 acres of the property was wide open with lots and lots of lawn, an older single wide trailer with some odd DIY additions, a large garage, and a couple of sheds. The property has in place - electrical service, an older septic, and a very deep well for our area (>650'). The balance of the property (approximately 15 acres) was clear cut about 21 years ago and the timber sold off, (I believe 1995 was the date I saw on the property deed records), the previous owners did not reseed or replant any trees, and whatever was there reseeded on it's own. Several people initially saw this as a minus; until I started to describe that I have a young, diverse, native naturalized forest, not a plethora of future telephone poles, AKA - loblolly pine trees, they call those pine barrens for a reason!
I feel lucky. I've got some tree diversity - red maple, pine, black oak, and some red and white oak seem to be the major components of the over story with an occasional tulip poplar here and there. Good wildlife habitat - the game camera has captured lots of deer, turkey, a family of black bears and a bobcat! We have been fortunate that our dogs have seemed to stave off any predator pressure so far, but it's just a matter of time before the predators discover my now poultry ridden property!

The transition to living on the property full time took a few months. The trailer needed some immediate work and a LOT of paint (former owner was a chain smoker, ceilings were yellow-brown from the years of cigarette smoke)

My goal was to detail all our projects as we go, unfortunately I'll have to play catch up!

Brenda and I have been crazy busy, lots of work on the farm, very little documentation!
I tried to illustrate and label the different locations of the projects in the images below.

As we move forward in this adventure I'll try to document as we go, in the meantime, I'll be discussing the projects to date starting from the beginning.
First up - the Chicken/Kitchen Garden
This was completely a soil building exercise! We already had a chain link dog kennel, slapped it up where we wanted the kitchen garden, built a modest coop out of scrap wood the previous owners left all over the property, and let the chickens start to work that soil! I began collecting leaves and over the course of the fall/winter had collected enough to fill a 25' x 50' area (the two chicken yards detailed in the image below) this became the deep bedding for the chicken yards when we moved the fence and coop from the kitchen garden area to the current chicken yard areas.
Our soils are fairly compacted, acidic and poorly draining, so I did roto-till the kitchen garden this spring when I was establishing my wide rows. I'm hoping tilling will be a one time job for me, and the worms will take over now that we are adding all that organic matter to the soil! I piled up, turned and piled up, turned and piled up, turned and piled up lots and lots and lots of compost, applied all we had made, tilled it in, AND it still wasn't as much as I hoped for! So, I slowly keep adding the compost my chickens are making as a top dressing to those wide rows and have been getting a good response from the plants now.

More to come later...
Hopefully the pictures post ok...any advice on including the photos in the body of the post rather than as attachments?
property-boundries.jpg 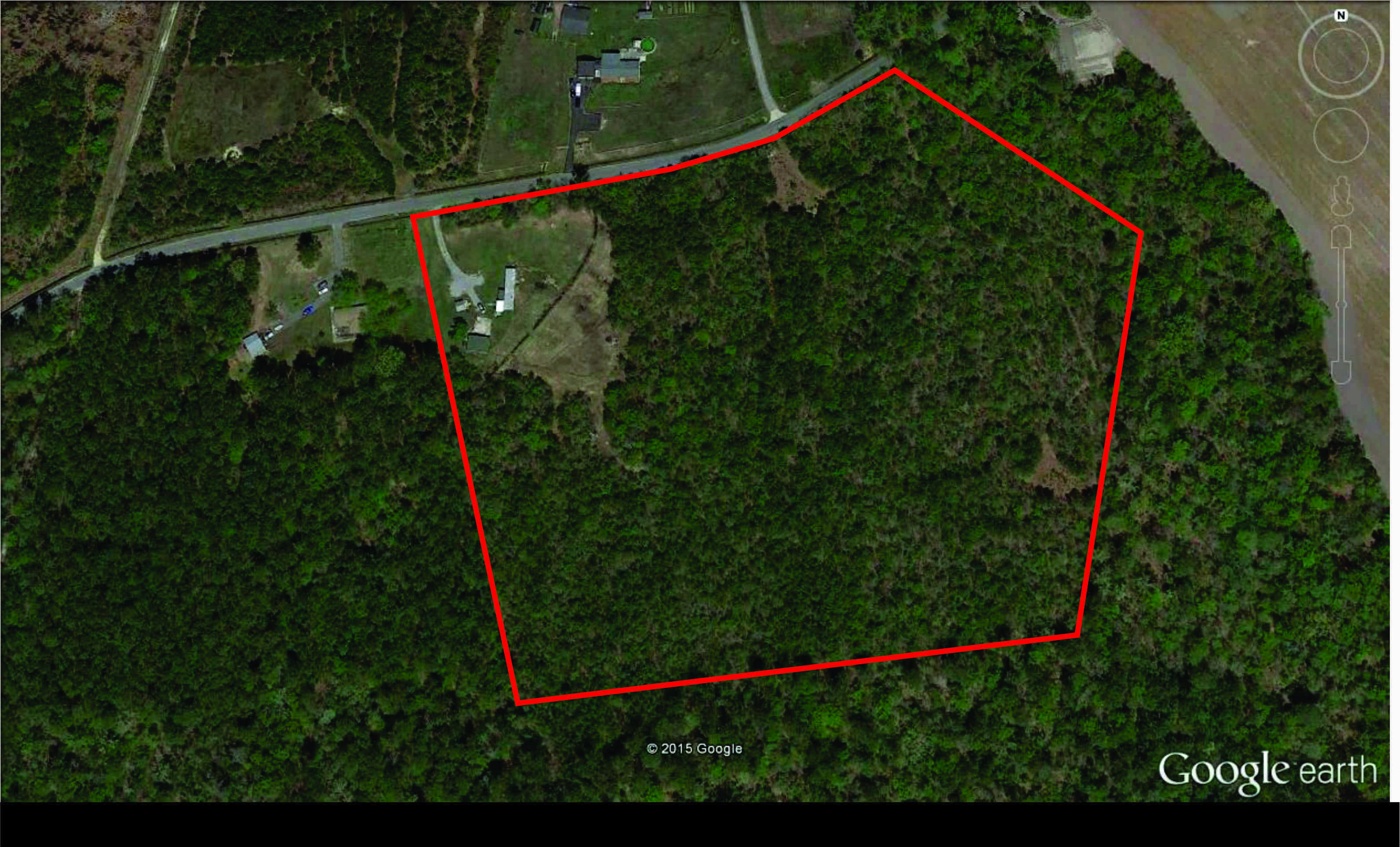 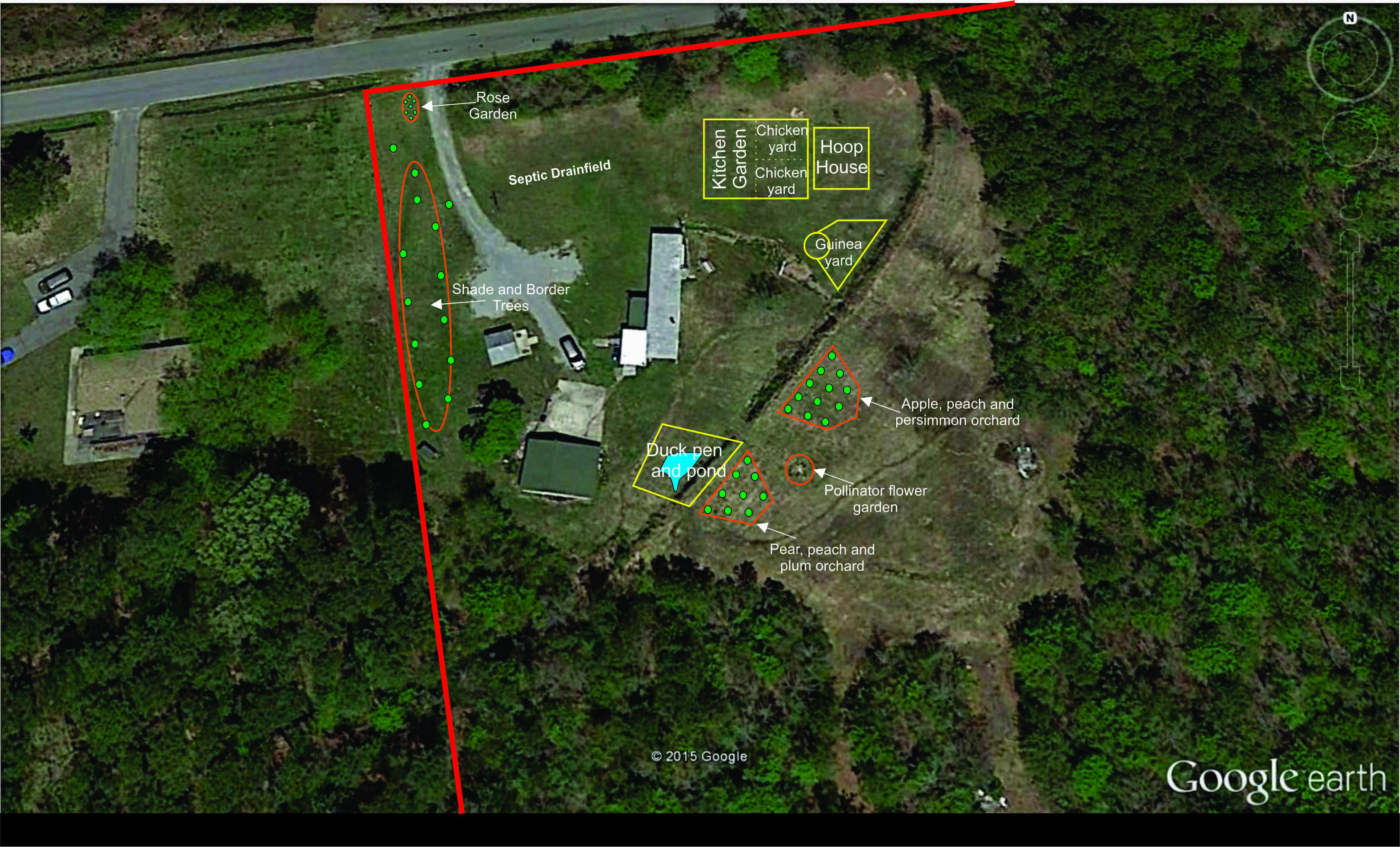 Nature's a language; Can't you read?
~ The Smiths

posted 4 years ago
Congratulations on all the wildlife! For sure they can be a challenge to live with.