posted 4 years ago
Water is scarce so lizards and rabbits around here are desperate for anything green.

Plastic bottles seem to be the only thing that works, but as soon as the trees grow big enough to reach the opening at the top, they get nibbled.
One bottle high trees aren't much good to me, so time to stack another bottle on top. 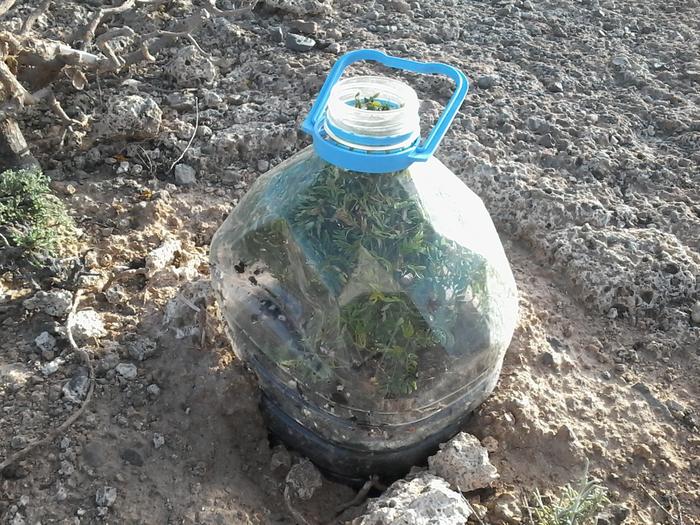 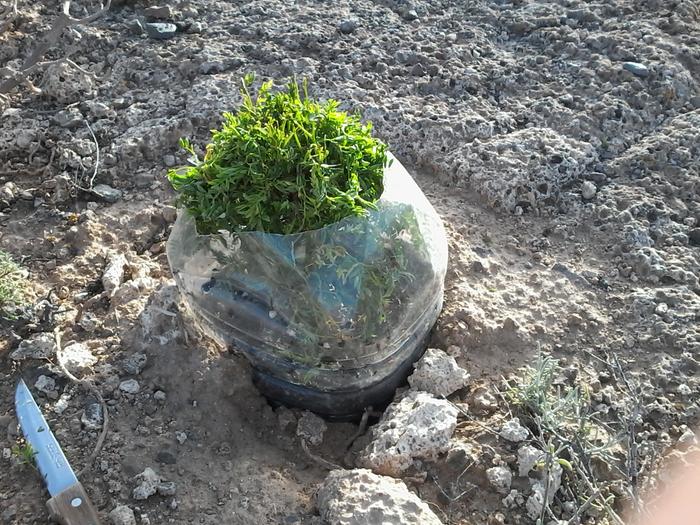 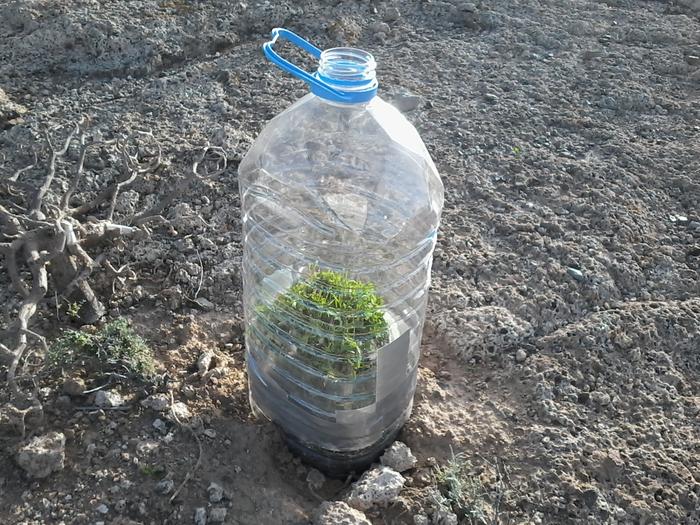 posted 4 years ago
Wow, that looks like some hard land to work! I like your protection there, do you have plans for as they get wider? Maybe slit some bottles lengthwise and and tape them together to a larger diameter container...

One other thing I figure I'll mention so after looking at those photos - Have you though about putting any kind of mulch around the new trees/shrubs to help with moisture retention? Even if you just broke up the deadwood I can see in the picture and then place that all around the plants it will keep direct sun off your, ummm, soil, I'll be nice and call it soil

"Instead of Pay It Forward I prefer Plant It Forward" ~Howard Story / "God has cared for these trees, saved them from drought, disease, avalanches, and a thousand tempests and floods.  But he cannot save them from fools." ~John Muir

posted 4 years ago
I'm hoping that by the time the trees reach the top of the second bottle (or at the most third if I stack 3 high) they will be safe from the lizards and rabbits and can be unprotected.
The trees are planted either in craters that I made with the hammer drill or in natural cracks in the rock that I have enlarged, then filled with soil (see I do have soil) and then the crushed up rock from the drilling goes on top, I guess that's a kind of mulch? Even with current temps in the high 30s C (90s F) a week after watering there is still condensation on the inside of the plastic bottles and the trees seem to be doing well. I've tried planting some melons there as living mulch after giving them a few weeks start at home but they get eaten first day. I think the shade is just going to have to come from the trees themselves. Another thing to deal with is we have the subtropical trade winds. 20mph is normal, 30-40mph is frequent in the summer.

The tree in the pic is leucaena leucocephala, a drought resistant legume. I've also had some success with gliricidia sepium in this area, a couple of which have survived (but not grown) with no assistance for the last 18 mths.

Moringa oleifera and delonix regia seedlings are growing in my garden getting daily water and almost ready to go to the desert plot. Other specimens are a couple of types of palm tree and hybrid poplars, but these aren't going in in any quantity as they will need more frequent watering.

Troy Rhodes
Posts: 632
27
posted 4 years ago
I would have almost a zero success rate without tree tubes. Deer...

I have nothing but praise for this product:


The shipping isn't ridiculous, and they nest 4 or 5 tubes together, so that's clever...

There is the occasional visit from a few hundred goats but I can usually divert the herd and its shepherd as I see them coming days beforehand.

posted 4 years ago
Same trees today, 23 days after the above fotos were taken 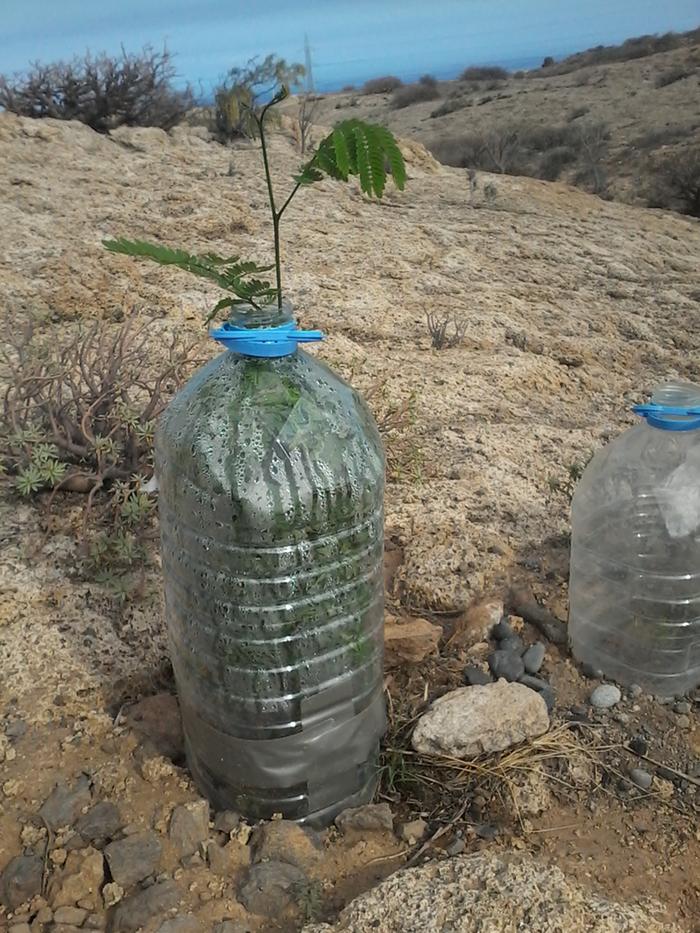 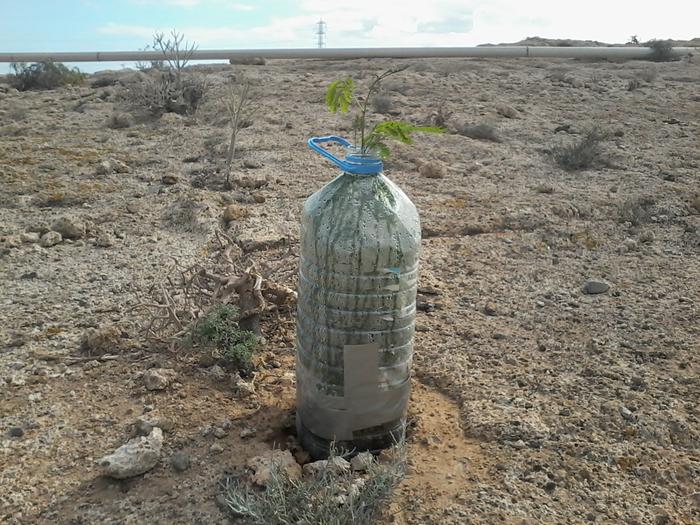