Basecamp came with the shop (sometimes called "the auditorium), a tack room (now called "the little red cabin"), a sort of garage/storage building (now, the office and the garage) and a tiny double wide house (the fisher price house - named because it is one big gob of plastic).

In october of 2013 we built a pebble style rocket mass heater in the house. A beautiful wood box, granite slabs on the top, and stainless steel barrel. Very pretty. Only it worked poorly.

This january, ernie and erica came by and after an hour or two of debate we came up with a design to route the exhaust out the roof instead of the wall. We decided on a design that would sacrifice efficiency for rockety-ness and best chance of working okay with newbies. The new design worked amazingly well. Freakishly well. Too well. The whole thing got too hot! Ernie reduced the size of the wood feed and erica added length to the ducting.

In january, all of the rocks and pea gravel were sitting outside with lots of snow and ice on them. We decided to wait until july or august to finish the project - so that we would be bringing in dry pea gravel and rock.

June is supposed to be one long rain storm that never happened. So during the PDC it was all plenty dry and the student brought the rocks and pea gravel in.

Morgan Bowen was here and made this video:

posted 4 years ago
Thanks for that! It's cool to see the hams/prosciutto curing in the background.

Here's hoping for at least one cold(ish) night so we can see how the thing works when we're there in late July. (Yeah, not likely.) It looks marvelous.

The area in front of the house looks so different now that there are giant hugelkultur berms!

here´s another up-to-date and very informative video about this rocket mass heater.
Discovered it just now on Youtube. Enjoy !

posted 3 years ago
Here is a clip from the "better wood heat" 4-dvd set: 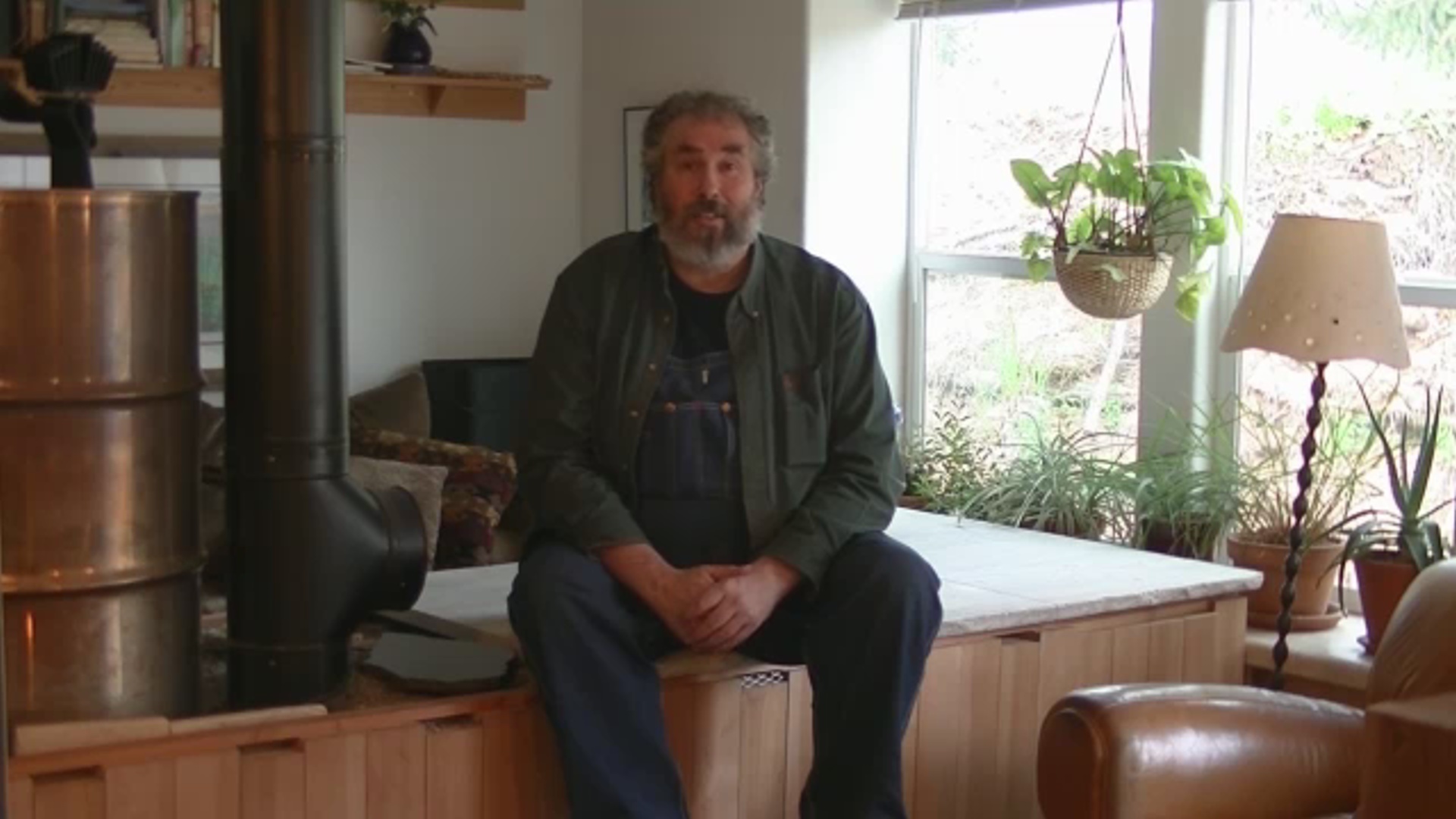 posted 3 years ago
Here are some pictures that sara took of the fisher price house: 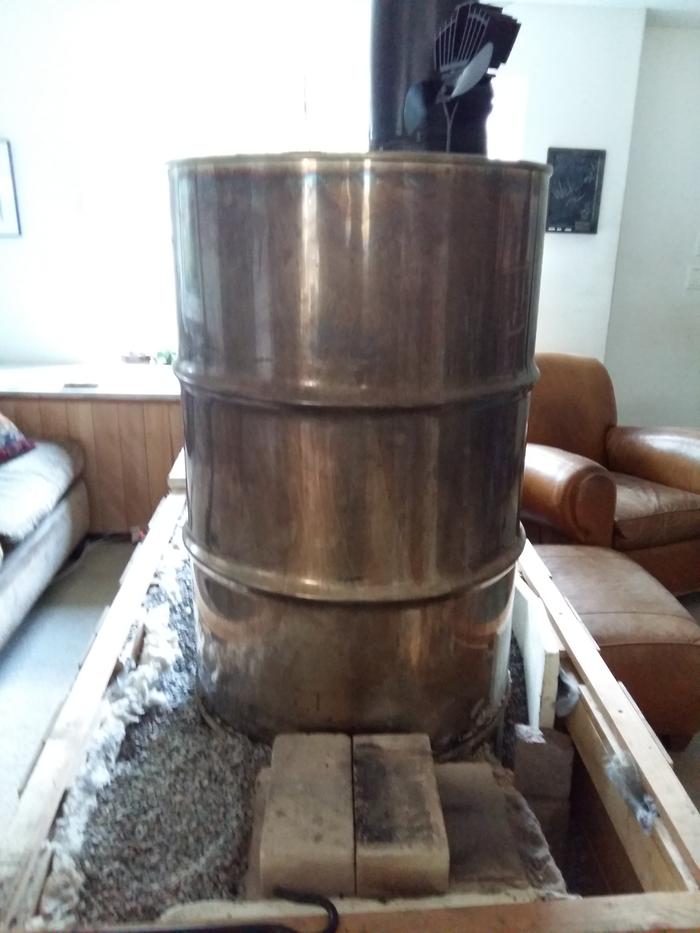 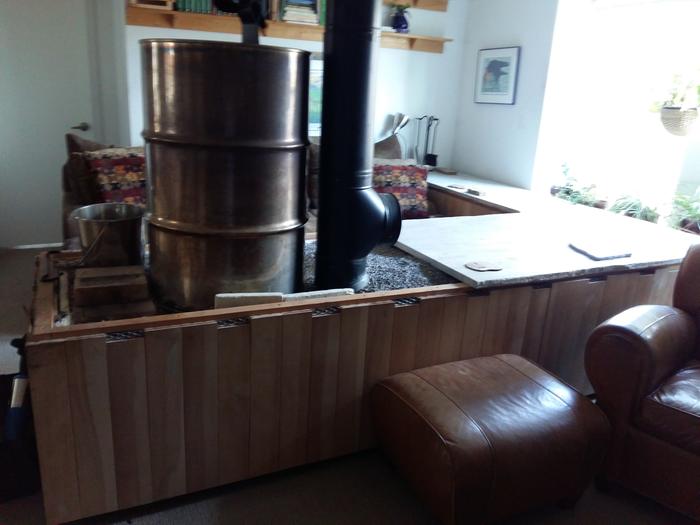 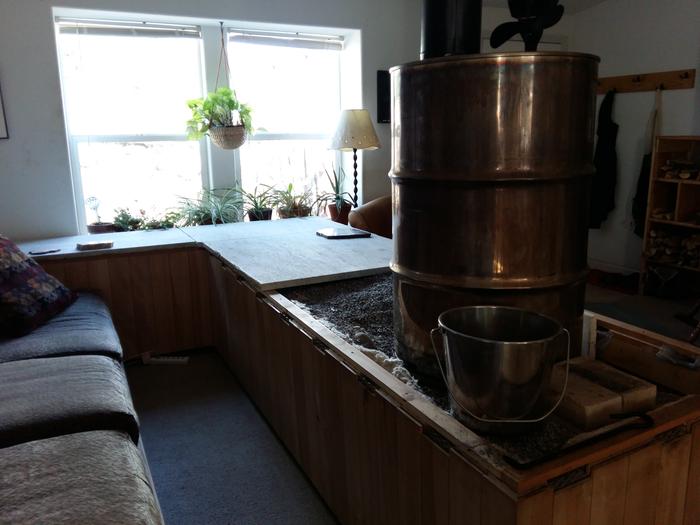 posted 2 years ago
Another little video about this rocket mass heater:

Kathleen Sanderson
pollinator
Posts: 1249
Location: Green County, Kentucky
72
posted 2 years ago
Paul, did you need to provide any extra support under that RMH?  We are buying an old farmhouse in Kentucky.  The current heat source is a wall-mounted propane unit, which I really don't want to use; there is a chimney in the center of the house that hasn't been used for many years (at least thirty years, according to the realtor, who lived in the house at one time).  Obviously the chimney needs an inspection and possibly some repairs, though the exterior looks solid, before we can use it.  But I would sure like to be able to use a RMH in there instead of a 'normal' wood stove.  Just wondering if we'd need to get underneath and provide extra floor support, or possibly even cut out part of the existing floor and build a foundation on the ground under the house?

posted 2 years ago
Take a look at the trailer for the "Better Wood Heat" dvds:

We show the full build of the pebble style rocket mass heater in the dvds.   And in the trailer, if you look at about 1:50 it says something about how it included building on a conventional wooden floor - and you can see somebody under the house to put the extra support in there.

paul wheaton wrote:Take a look at the trailer for the "Better Wood Heat" dvds:

We show the full build of the pebble style rocket mass heater in the dvds.   And in the trailer, if you look at about 1:50 it says something about how it included building on a conventional wooden floor - and you can see somebody under the house to put the extra support in there.

Thanks!  (One of these days I'm going to get the DVD set, but don't have them yet.)

Kathleen Sanderson wrote:  (One of these days I'm going to get the DVD set, but don't have them yet.)

You might want to check out how cheap the 4-dvd set is right now:  richsoil.com/wood-heat.jsp

Jonah Johnston
Posts: 1
posted 4 months ago
Just wondering, if I buy the dual 4 pack dvds in the hd streaming version, can I permanently download them onto a laptop? We are broke, but want to build a rmh for our place. We have solar, no internet, but can download from a library 20 miles away, so streaming doesn't work unless I can download & keep the entire dve.
paul wheaton
steward

posted 4 months ago
You want to get the tiny download version.