Cats and dogs generate a very large amount of animal waste. Most owners are responsible. They pick up after their animals and want to safely dispose of the waste. But where? 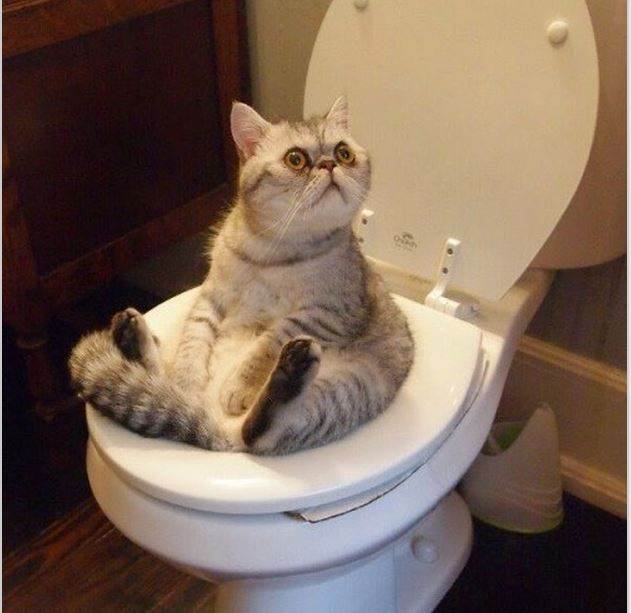 Mr. Frenchie, our cat, is the test subject. This is not a picture of Mr. Frenchie, but it illustrates the point. Mr. Frenchie's waste is put into a bucket and not the potty.

Mr. Frenchie's Potty Bucket is a fermenting system to transform his waste into a product that restores nutrients and microbes to the soil for ornamental plants is the better simple choice, not the garden.

Diverts animal waste away from the landfill

Safe and easy to employ

We are testing a fermenting system to use Mr. Frenchie waste as oppose to normal composting methods. We use what is called Bokashi Composting.

What is the Bokashi Composting System?

Bokashi is a Japanese term meaning ‘fermented organic matter’. It is often referred to as a type of ‘composting’ but it is actually a two-stage process. There is a fermentation stage, and a composting stage. The fermentation stage results are much different end product than that produced via composting. It is process where a person is fermenting their animal'sl waste.

Many people like Bokashi system because it is very easy, and produces no bad odors, however, it does have an odor. The smell can be strong, but is not putrid.

All that is needed is a Bokashi Bucket and lid, some special Bokashi Mix, and of course some of Mr. Frenchie waste.

Animal waste left on the ground surface is not an acceptable option. Even if the waste is buried, it will take a long time to decompose. Microbes in the soil cannot so rapidly breakdown the waste unless it has been altered by fermentation.

Animal waste on the ground surface or buried provides a ready path of potentially dangerous organisms and parasites traveling with the water run-off to larger reservoirs of water that are readily polluted.

Collecting animal waste in plastic bags that are then sealed and deposited in cans that are then taken to the landfill guarantees the waste will be retained deep in the ground to release methane for years in a repository of plastic polymers. We need to keep the waste out of the landfill.

Animal waste attracts flies, is smelly, and loaded with lots of microbes that can cause problems.

A Bokashi Bucket is a bucket that has a air tight lid to keep oxygen from slipping into the bucket. 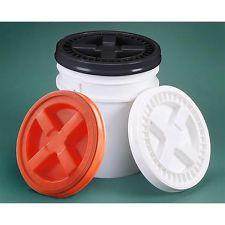 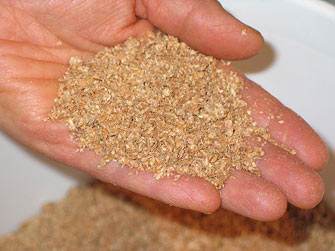 The key component of a successful Bokashi Bucket is the Bokashi mix and Accelerant Concentrate.
It typically consisting of wheat bran inoculated with a special mixture of microbes variously referred to as ‘effective microorganisms’, ‘friendly microorganisms’, or ‘efficient microorganisms’.


The Accelerant Concentrate
It is a liquid concentrate form of the Mix.

The Process
Once you have the animal waste, bucket and mix you are ready to get started.

Mix 1 cup of Accelerant Concentrate with 2 gallons of water to the Bokashi Bucket so that the concentrate is diluted.

Spritz 3 puffs of the diluted accelerant mix after each addition of pet waste, before closing the fermenter to insure fermentation conditions are optimal.

Each time you open the fermenter to add pet waste, also add 3 teaspoons of Bokashi Mix and spritz 3 puffs of diluted accelerant over the deposited waste.

One gallon of Bokashi Accelerant Concentrate is enough to make up approximately 16 complete cycles.

Fill the Bucket about 1/2 full with water. Add a cup of the accelerant and a sprinkle of the mix in the Bokashi Bucket. Then scoop the waste into the bucket and close it up. A 3.5 gallon can handle about 20 lbs of animal waste at a time. The microbes will kill pathogens, break down the waste, and eliminate most of the odors efficiently

Certain members of the local community with animals have been invited to participate in this study. We furnish the Bokashi Bucket and Mix. They bring their bucket to the Center whenever it is full. There is no charge or obligation on their part.

Where to get the Bokashi Bucket?

What happens to the Bucket? 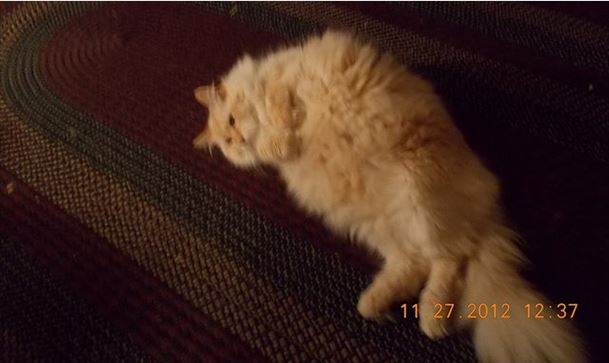 The bucket with the fermenting animal waste now goes through the composting stage. The composting stage consist of just burying it in the soil. Two weeks later the process in done and the place where it is buried is ready to grow trees, shrubs and ornamental plants. Mr. Frenchie, as shown in this picture, keeps on enjoying life as a contented cat.

When I tried to use Bokashi for my dog's poo, the process stalled. Maybe an Accelerant Concentrate would help me, but this is the first I've heard of it. Can you give me more details about the concentrate, can I make it myself?

Sounds like you have a neat system on offer, but are you only offering it for cat waste? If you aren't accepting doggy offerings, what is the reason?
Coralee Palmer
Posts: 109
7
posted 5 years ago
Hi Polly

We are just starting to field test the system with our lastest version of Accelerant Concentrate. We keep tweeking the formula, but we have not field tested it on big dogs yet. We will keep you informed on our progress.
Rose Seemann
Posts: 35
Location: Aurora, Colorado
3
posted 5 years ago
Hi Coralee - Mr. Frenchie's system looks a lot like the commercial Bokashipetcycle System for dog waste. I always thought that this looked like an easy approach to fermenting because the buckets, all the ingredients and instructions for canine waste are provided with the product.

You mention elimination of toxoplasma in cat poo. Do you know of any studies or tests that show well-monitored fermenting via bokashi kills helminth ova/roundworm eggs in dog waste or toxoplasma bacteria in cat waste? I know hot composting does the trick for both, but haven't seen anything concrete about fermenting.

I'm assuming that it would be best to not include litter (clay, wheat, paper, wood, etc.) with the cat poop and that these would need to be disposed of or recycled separately. Is that right?

The average cat produces around 120 lb. of waste/daily litter per year. Anything that diverts this from landfills makes for a sustainable kitty.

Does Mr. Frenchie want a magazine?

Of course, Mr. Frenchie would be interested in a magazine to learn more. Thank you for offering it.

Mr. Frenchie, 10 half time adults, 4 kids are involved in projects concerning pee and poo. Ten (10) adults exchange half time work for free full RV hook and free Workshops on our 80 acre experimental ranch in Siletz, OR (for details see attached) or they work at our research and education center on the Pacific Coast Hwy 101 in Lincoln City, OR.
We presently have four (4) projects in process concerning pee and poo.

1. We are building a tiny house on wheels and a “Go and Grow” House, solar passive greenhouse, to house a manual urine diverting composting toilet. A retired professor from the University of Washington designed the toilet. He won one of the Bill Gates foundation million dollar grants to improve the toilet. We have four of the 630 units produced. When they are in operation, the UNIVERSITY of Washington will be testing the poo from our toilets for parasites.

2. Since we have a supply of urine, we are using it to inoculate BioChar to be as used garden fertilizer.


3. Another project is to take the liquid from the Bokashi process to inoculate BioChar to be used as garden fertilizer.

4. We have a local brewery, so, we will be using the spend grains to increase the population of the microbes in our Bokashi Mix and Accelerant Concentrate.


We made the statement that Animal waste on the ground surface or buried provides a ready path of potentially dangerous organisms and parasites traveling with the water run-off to larger reservoirs of water that are readily polluted.

We did not mention that our Bokashi method eliminates toxoplasma in cat poo. We did state that Microbes in the soil cannot rapidly breakdown the waste unless it has been altered by fermentation.

Our investigations has lead us to believe that our public sanitation systems do not eliminate the certain parasites and prescriptions medicine from our water supply. It appears only the soil, loaded with lots of microbes, can do it. We are going to test that theory.

We do not recommend using the result of our Mr Frenchie’s Bokashi Method in the garden. Only use it to grow trees, shrubs and ornamental plants

You ask I'm assuming that it would be best to not include litter (clay, wheat, paper, wood, etc.) with the cat poop and that these would need to be disposed of or recycled separately. Is that right?

No, everything goes into Mr. Frenchie’s Bokashi Bucket. If is organic, it will ferment.