charlotte anthony
pollinator
Posts: 309
17
posted 5 years ago
i am now working over here in india with my project called the mother who plants trees.

The first project that I did i used something they call givamritam which is a liquid made from cow dung, cow urine, molasses, and a little bit of good soil (different recipes abound) fermented for 3 days. trenches were dug and i flattened some of the earth which was mainly subsoil and planted, 5 or 6 items including legumes (my current practice is 1/2 legumes) some herbs, tomatoes, eggplant, as well as maize all from seed. Maize was the only hybrid plant as i do not believe hybrids are resilient. I could not find any nonhybrid maize, and the farmer wanted maize for his cows. This was over a 5 acre area. There was no way to water these plants. I had the great idea that the microbes alone would feed the plants as well as transfer to them the water that they needed. I did not have organic material for 5 acres of land. (we were planting 6 ft strips every 24 feet throughout the 5 acres so considerably less actual land. coconuts were the overstory crop.

there were several periods of mist several times a week and one rain where me and the rest of the workers came out of the rain for about 15 minutes. the crops grew magnificiently, very green, and lush. In a 50 foot area I actually top fed some compost which was available as a control). it consisted of coire and rotted cow manure. I had to haul it hundreds of yards and there was not a lot of it. for the first week, the corn planted with the compost shot up and looked significantly better than the other corn. that led me to put on another dose of the givumritam. Because there was so little water, I also put on some cow wash the farmer made several days later. this was unfermented cow manure mixed with cow urine.

Everything grew exceedingly well. i have been growing with microbe innoculations with great results for many years. i am always told that it only works if there is enough organic material to feed the microbes. i have never questioned this as especially with the 650 victory gardens that i did, we were using people's back yards and there was a lot of grass which though we removed, i was aware that there was still a lot of organic material from the roots available. in this instance though with only subsoil, there was no organic material that i could see right there. the strips were between coconut tress. under the coconut trees, there were a lot of weeds so on the edge of the strips, the microbes had access to the weeds.

When I heard this interview by Nicholas Burtner with Elaine Ingram and she was talking about these experiments they performed back in the 80's in the lab feeding the plants nothing but protozoa, bacteria, fungi, etc and their results, i felt it gave me some answers. would love to hear what anyone else has to say about this. 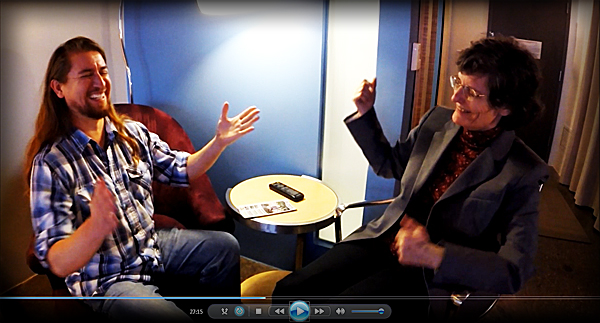 posted 4 years ago
I tend to believe that it is in fact the life in the soil which feeds plants. When testing soils for total mineral content we do find that most soils have everything that is needed. I have seen several videos where soil test register low to very low in everything, but untilled healthy soil grows crops who tissue test comes back high to very high in everything. This video did point that out about calcium in soils and I liked the discussion of balancing fungus or soil bacteria.

Is there a clear book on this topic now? I just am not paying ingram thousands of dollars to get a simple idea..

charlotte anthony
pollinator
Posts: 309
17
posted 4 years ago
Dan Allen. i agree no need to pay ei a lot of bucks. she has been putting out amazing stuff for free. another video that i found even more helpful is on utube

no need to do soil tests with these methods according to me. just make or buy microbe teas and put on until you see your soils are resilient and clumping. with my 20 acres i am buying EM (effrective microorganisms from terraorganics) and mycorhizzals from paul stamets. you can make tea from the weeds on the property. elaine covers the weeds with water, ferments them with some molasses, stirs them once a day in both directions for 1 minute, for 21 days. then you dilute 10 times and spray on your ground. if your plants look puny or yellow, put on more microbe tea. if there is pest damage or disease, put on more microbe tea. i have been getting great results with these methods for 25 years.

i have posted many stories of my work with these microbes with what looks to be miraculous results in sand, in clay, throughout permies.

OK, so now, where can I find:
1) a list of the organisms that healthy soil must have?
2) how to identity each of those organisms?
3) how do I modify compost to produce a greater abundance of each organism?

Also, is it possible to buy inoculate of the needed organisms, then just feed the soil sugars or fungas foods ect so that the populations are increased inside the soil?

yes what elaine ingham and i teach is that you can make compost tea, her method is from the weeds that grow on the soil. she has used this in the totally desolate soils that come in the midwest after farming with GM seeds. as elaine is a scientist she has looked at what the organisms are that help various plants grow. she teaches how if you have grapes you can change the environment of the microbes so they help the grapes.

so fa,r for large projects i mainly buy EM (effective microorganisms) from teraorganix and mycorhizzal fungi from fungi perfecti.

for me i do not care what the specific bacteria or fungi are. again the scientific angle is better gotten from the scientists. i love that i apply them and they do their thing and the soil turns black and clumpy and holds lots more water and the plants do very well.

i do not think that there are a list of organisms that belong in every soil. the organisms seem to work together to create a whole ecosystem.

posted 4 years ago
Actually, balancing fungus and bacteria ratio by taking clues from on site weeds is great. I would prefer to do that.

I have not read it yet, but I purchased the 10 steps to gardening with nature. I'm hoping there is specific guidelines for getting my soil healthy.

Our (sub)soil was strip mined for gravel 30 years ago. We have mildew problems and hard ground. We have been cover cropping for 3 years to get straw to add organic matter. Now the straw is not breaking down very fast, but does actually resemble soil now. Docs, bramble briars and some spiky Tomato looking plants grows on its own. This year clover came i in strong.

are you saying the clover is coming in without you planting it. that sounds great. you will be amazed at what innoculating the soil with microbes will do. you will see the hardness go away, or resilience appear. you will be able to see the microbes going down inch by inch, usually about 6 inches a month.

please watch the roots of your profits elaine ingham video. all the organic matter you need is the microbes. because the microbes can actually feed on the soil, they will have plenty to eat. one thing you can add if you want more speed is finely ground rock dust, or silt. do not underestimate what the microbes can and will do