Elizabeth Raven
Posts: 15
posted 6 years ago
I am expanding my goat paddocks into a small wooded area full of indigenous browse plants (like oregon grape, salal, huckleberry etc) and would like to plant some fast growing forage crops for them to add to their diets and fill in the spaces created when they eat the indigenous plants. It is a N/S oriented wooded area about 1/2 an acre in size with mature deciduous trees (alder/maple) and coniferous (fir, balsam, cedar) on Vancouver Island.

Can anyone suggest some planting options that would compliment this plan? thanks

posted 6 years ago
http://www.feedipedia.org/
Elizabeth Raven
Posts: 15
posted 6 years ago
Thank you chad Christopher that is a wonderful resource I had not yet seen. Much appreciated.
Katy Whitby-last
Posts: 284
Location: North East Scotland
1
I like...

posted 6 years ago
How about bamboo?
chad Christopher
Posts: 323
Location: Pittsburgh PA
18
I like...

posted 6 years ago
Bamboo is dependent on the variety and climate. Running, clumping, timber. I don't see goats eating anymore than the stalks and leaves. But as invasive control, sure! But planting as a fodder, eh.

posted 6 years ago
There is an article here http://www.bamboodirect.com/bamboo/info/Bamboo%20as%20Forage.pdf - "Evaluation of temperate bamboo species as Forages for Livestock" by Nelson et al that is an interesting read
Ty Morrison
Posts: 180
Location: Boise, Idaho (a balmy 7a)
16
I like...

posted 5 years ago
I have 6 Cashmere Fainting Goats. They are all fairly old now (10 - 14 yrs.) except for one that is about 4 years old. Historically they eat about 1 ton of hay a year. That's about a pound of rough feed per goat per day. The rest they glean from the pasture which is about 1/5 of an acre or 9500 sf.

I have split the pasture into two 'paddocks' this year (opposite direction as last year and with semi-permanent fence. I plan to split into 4 paddocks by the end of the summer (see plan).

The split has been in place for three weeks, and this is the difference in grazing/no-graze (see photo).

The goats do not seem to have fluctuated in weight, based on appearance, but the 1/2 pasture is pretty 'beat' it is short and needs a lot of water to keep the green going. By the end of June, the seasonal grasses will have stopped growing at any rate.

The un-cut half is over-seed with the same mix from last year as the grazed portion, so now we can see the poly-cultural blend of grass, buckwheat and Vernal alfalfa mixed with residual ;native' pasture grasses and weeds, in some areas about 9" tall. The growth shades the soil and it holds (visible) moisture in the soil, three times as long as the grazed areas. (spray-head irrigation is not zoned; it waters all the pasture when operational).

My plan is to move the goats to the 'overgrown paddock' in three more weeks and see how long it takes the goats to eat it down without hay supplement. That way I can gauge what the potential is in pasture forage to reduce imported hay. I will continue to augment with mowed grass from formal yard, tree and shrub trimming as well as weeds from yard and goodies from humans.

Upon completion of data collection from full-season, I hope to be able to draw some conclusions about how much hay to import for next year.

My gut says I may be able to cut it in half. 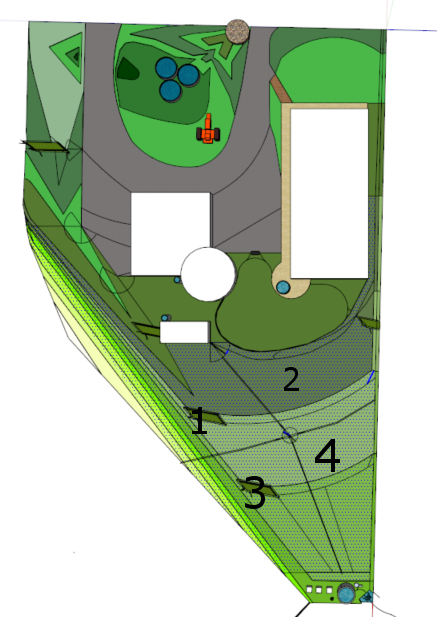 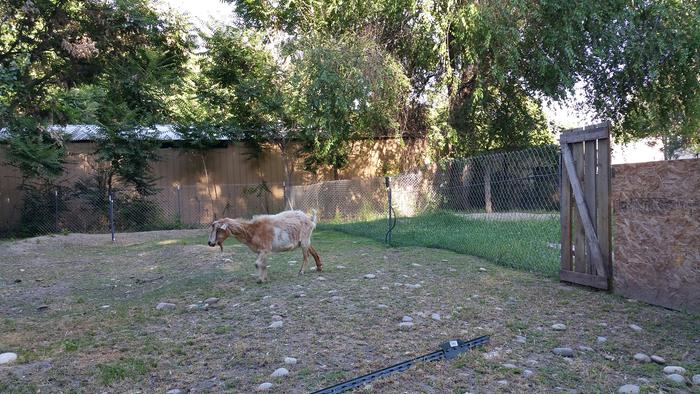 posted 5 years ago
How does Siberian Peashrub do there? I know there might be some invasivity concern, but I think it would probably do well for you.
Deborah Niemann
Posts: 91
11
I like...

posted 5 years ago
Willow trees grow very fast, but you have to limit goat time with them until the trunks are at least a few inches in diameter. Otherwise, the goats can easily kill them. We have crack willows that grow naturally on our property, which the goats LOVE!