Getting started with biogas digesters- management of expectations

brian Hughes
Posts: 7
Location: Thames Valley, UK
posted 7 years ago
I'm possibly breaking etiquette by posting a question before I've read through back posts, but on the basis of my (modest) experience with charcoal production, I've been approached by some interested parties about setting up a biodigester- I'd like to get a rough idea about realistic expectations in terms of size, timescale, feedstocks and temperatures. If I start with a 120 litre barrel and horse manure in UK ambient temperatures, roughly how long would it take to generate enough gas to boil a litre of water? Could the process be speeded up significantly by heating and/or insulating? By innoculating with the right bugs? By choosing the feedstocks? Sorry if the question seems rude-I don't intend any discourtesy to anyone's investment in the learning process, but the prospective site has to be considered short life, and I would be a little bit wary about investing time and effort for modest returns.
Thanks for any replies
Rebecca Norman
gardener

posted 7 years ago
I don't have technical knowledge to give you, but I think you'll find a lot by googling.

We've got a half-finished biogas digester here in this cold climate, and we're hoping to finish it this year. So I've learned quite a lot of basic info.

The big issue here, where winters are below 0C for 5 or 6 months, and summers are only 30C at hottest, is temperature. Biogas digestion happens fastest at very warm temperatures, like 30 - 35 (I forget the exact numbers) At lower temperatures, all those cold-blooded organisms slow down, and at about 20C they pretty much stop. Insulating doesn't help much because these anaerobic organisms don't produce heat of their own. If your climate isn't a hot one, one approach is to heat the digester tank, which is what we plan to do here, because we have a lot of successful experience in low tech passive solar heating. Another approach, which we have to incorporate as well, is to make your digester tank much much bigger than the minimum, so that it can simply accumulate lots of extra input material in the cold months, and then start producing gas when it warms up. Oh, and you'l have to make sure that when you mix the manure with water to make the slurry to drop into the digester, you should add warm water if your climate isn't giving you enough warmth.

Biogas is very common down in the plains of India where they have you know, like, 40C degree summers and 15C degree winters. Then they just insulate or bury the tank, to tide over the cool winter, that's all.

You don't need to inoculate with special bugs -- the horse manure will have plenty of the right bugs already. There was a flurry of articles in India this year about somebody making rooftop digesters for cities, that take food waste rather than manure. They claimed that food waste actually produces a lot more gas per litre of feedstock than manure does. I don't know, because it was company selling the units. Those units looked pretty small, like under 1000 litres, and they claimed to be producing a serious amount of gas for the family. However, the normal rule of thumb is that you need manure from about 3 cows who are at home all day to get enough gas for a family to cook on reliably.

The great thing is that it's actually very low tech. The down side is this temperature business. I don't think you'll get far with a 120 litre barrel. Just enough for a student's science project. 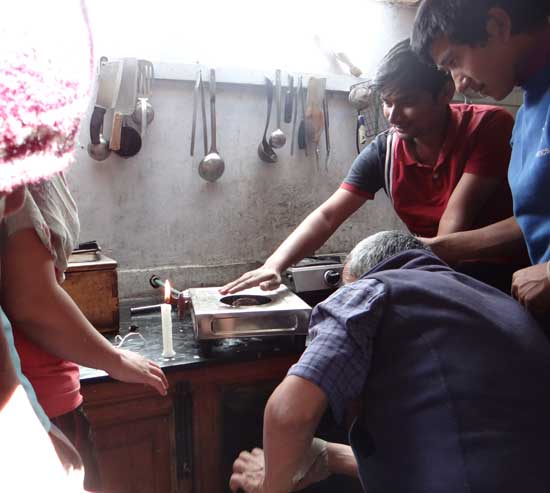 brian Hughes
Posts: 7
Location: Thames Valley, UK
posted 7 years ago
Thanks for the reply- the questions on my mind are now: where does the heat come from to generate landfill gas, and where can I get reliable 30C heat? A compost mound with a digester vessel buried inside? A wind/solar installation when the batteries are full to capacity? To be continued.....