posted 7 years ago
Anonymity is the ability to do things without having to give up your identity or admit that you did it.
Without borders means there is no restriction of movement.
Guerrillas are people who do things on an independent basis, irregularly, and often get huge amounts of stuff done in a short amount of time.

What do these things have in common?

Currently, these three ideas are central in some forms of modern activism.
For Anonymous, having anonymity makes people equal because there is no sex, race, or religion to separate individuals from the whole. In this way, they become a collective, more powerful than the sum of the parts.
The Without Border Movements (Doctors, Artists, Engineers, etc W/O Borders) is trying to address the biases and harm that immigration and border policies around the world can do to people. Freedom of movement is a right guaranteed by the Universal Declaration of Human Rights.
Guerrillas, for example Guerrilla Gardeners and Guerrilla Grafters are able to quickly facilitate change because by inserting different elements into a community in a short amount of time with little to no public alerts.

Combined, the three movements represent the perfect stew for mass change, I think: a large crowd of people with nothing separating them from each other doing stuff with a pretty good time frame before the protests can be controlled. And of course, a common cause unites them all: a desire to create change.

What do you all think? Are there more keys to a successful protest? How do you carry the momentum forward to get it moving further? What activist styles do you all know and/or like?

Landon Sunrich
pollinator
Posts: 1703
Location: Western Washington
22
posted 7 years ago
I can't comment to much in this space other than that I've done some bit of guerrilla gardening and the like in the past. It needs many many more people interested in engaging otherwise it is near pointless and one simply becomes cop bait.

posted 7 years ago
You do have a point. Strength in numbers is a key part of successful activism.

-The Rustle League is a group of people that made the news by trolling Anonymous. One of the key features of their style is to make people angry and all riled up. By having offensive images on their homepage, in their opinion, is meant to get people to think about why these things make them angry. By making people angry, like in the CGP Grey Idea Germ Video, the protest spreads faster and more people get thinking. At least, we hope they get thinking.

-Laughtivism, well explained in Srdja Popvic's TedTalk, is about getting people laugh at situations and people while understanding what is wrong and what should be changed. Laughter takes power away from otherwise scary people and situations. The element of fear is missing, and so control can be wrested away from things that are motivated by fear.

I think to clarify the discussion in this thread, I asking how many different styles of activism are there, and what situations do you all think each one is appropriate for?

Landon Sunrich
pollinator
Posts: 1703
Location: Western Washington
22
posted 7 years ago
I really liked the yes men. These guys are smart folk who would dress up real nice and then go on TV as official representatives of big companies and say outrageous things like "Dow would like to apologize for the Bhopal disaster. We are now committing 2 billion dollars to right that wrong"

I really appreciate anything that fucks with the establishment and causes press and loss of money.

As for the good 'ol Guerrilla Gardening. It can be awesome too, and to be fair most of my experience was in hell-sprawl like Safeway parking lots and during the second half of the GW Bush administration - there was definitely an us-against-them mentality going on with the cops acting super tough-guy and everyone living in little fear/ignorance bubbles. I don't know if those dynamics have changed or not.

Landon Sunrich
pollinator
Posts: 1703
Location: Western Washington
22
posted 7 years ago
Dave you might appreciate this. My sort of humor and activism.

posted 7 years ago
Part of the reason why I would like to discuss this topic is because there has been a noted increase, or at least a noted increase in media coverage, in disturbing/icky things done by governments and corporations. And I think it would be useful to know how public feelings/reactions to such news could be converted into constructive long-term action and change.

Yes, I have heard of the Yes-men, and I love their work!

I do not really know how people and the government feel about each other in my city. Nothing really happens here, and that is pretty good thing-ish. However, there is a lot of tension between the HOA and the homeowners. That I do know, and I know about Alabama. Yikes, and there is motive for people to act; it just needs to be converted into more useful energy than outrage.

actually i have known a lot of activists (mostly tree sitters)...tho i can relate to their ideas i havent been moved to do such...it feels better to create alternatives and real solutions rather than protest.

although this is my favorite self defined "activist"

posted 7 years ago
here's one of the most interesting protests i have seen: 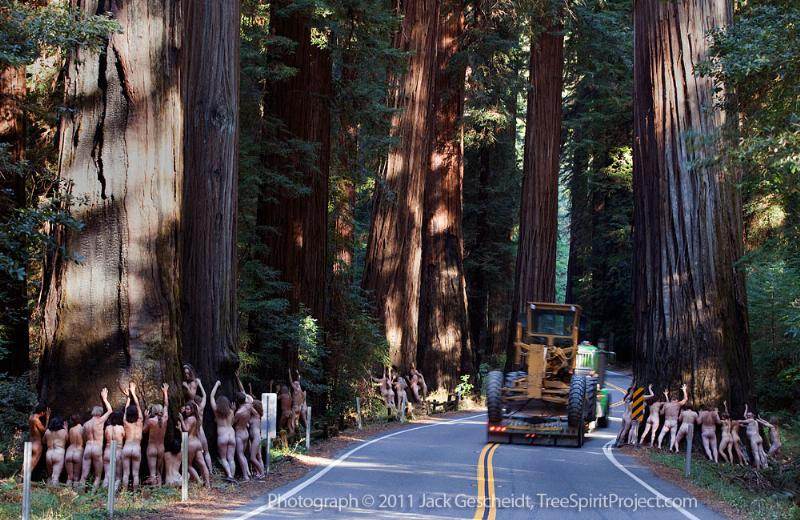 actually i know some of those folks =)

posted 7 years ago
also i have enjoyed some of the very edgy PETA protests i have seen.... 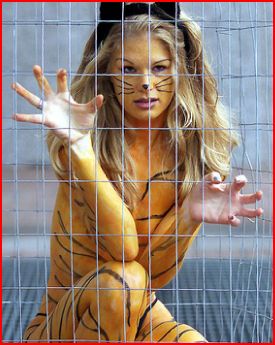 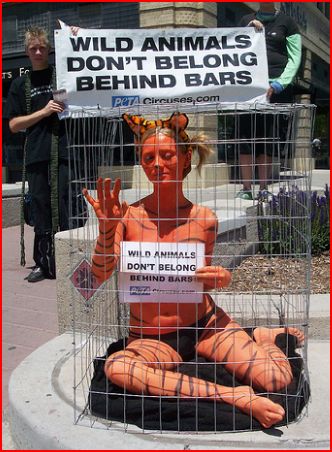